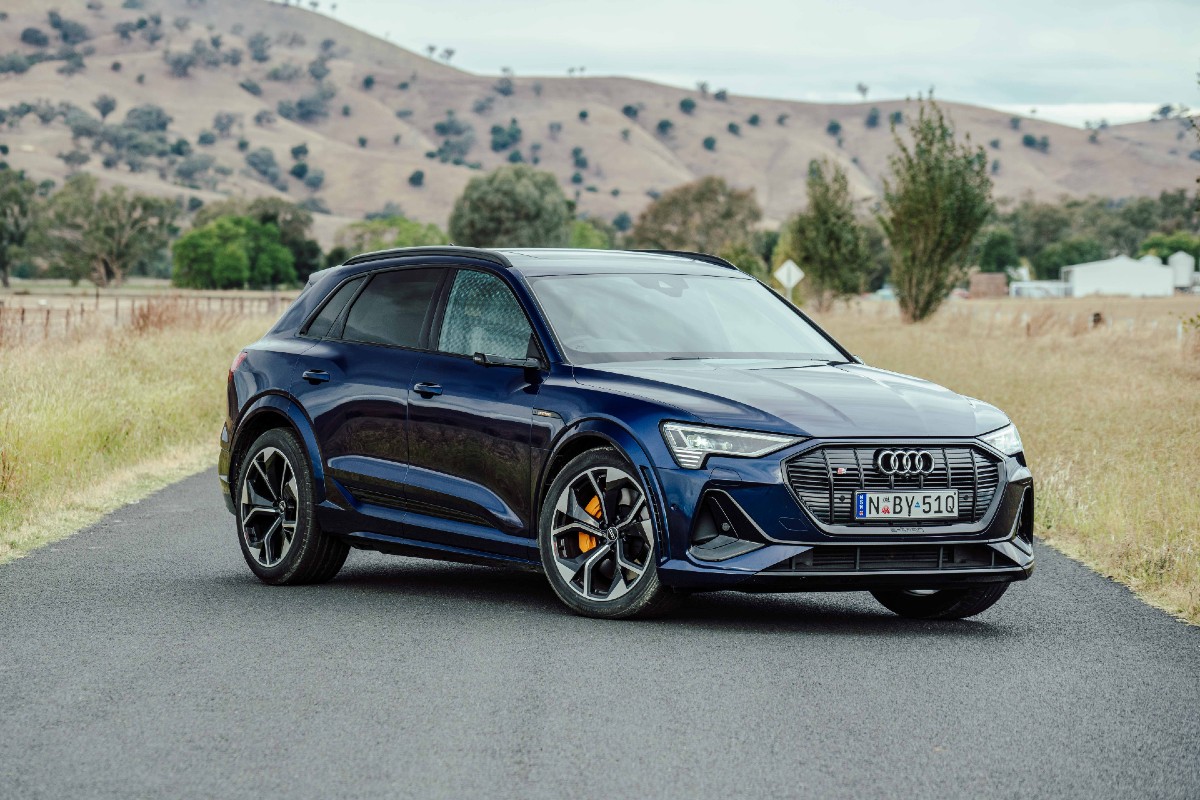 What is it?
The first Audi Sport S model without an engine. The e-tron S – which is available as both an SUV and Sportback – expands the German brand’s electric vehicle range, adding more performance that will surely appeal to Australians.

Does the Audi e-tron S have any racing pedigree? Audi already has plenty of racing experience with electric motors, dating back to its R18 e-tron Le Mans Prototype and extending through its Formula E campaign and now its Dakar Rally program.

The RS Q e-tron is technically a plug-in hybrid, with its combination of electric motors and the DTM-sourced 2.0-litre four-cylinder turbo, but it no doubt helps Audi learn more about how to extract the best performance and range for future EV models.

READ MORE: Why conquering the Dakar Rally with an electric SUV is important to Audi 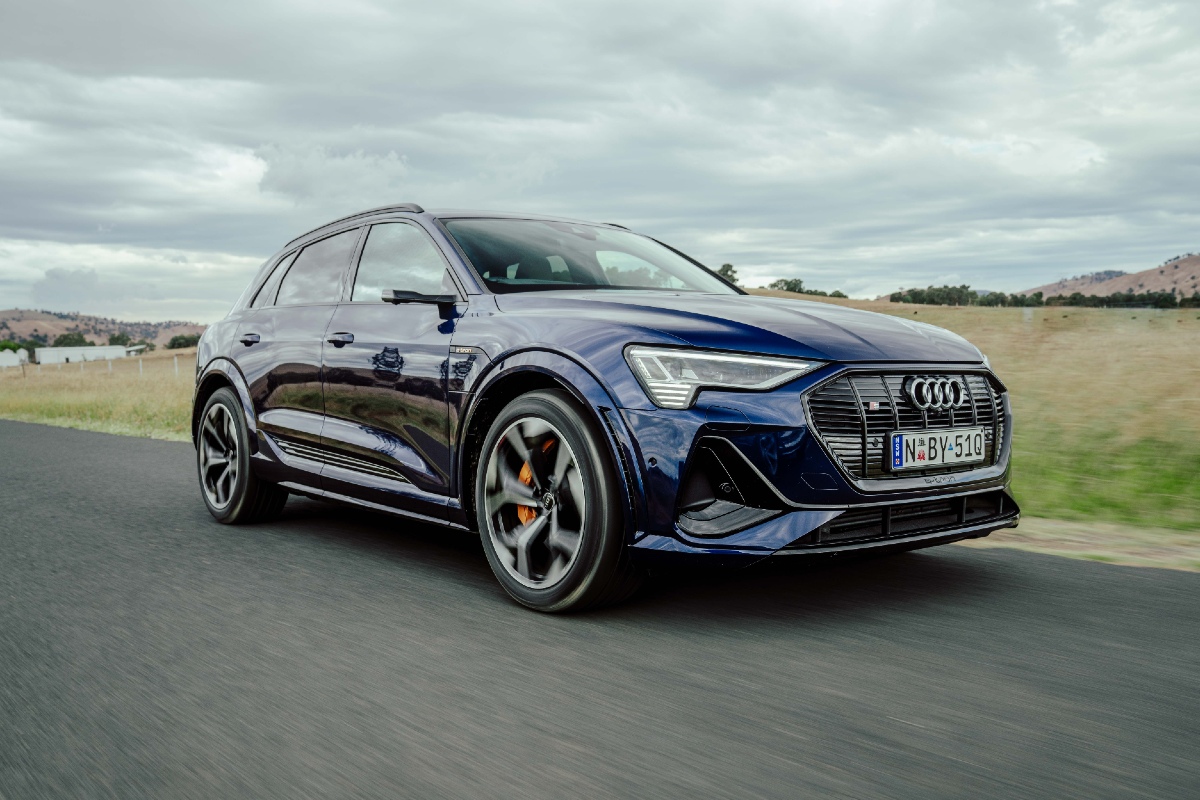 The star attraction of the e-tron S is its ground-breaking powertrain, because it’s the first three-motor EV available in Australia. While other brands – notably Tesla – have talked up their own triple motor set-ups, Audi has actually got one to market locally.

There’s a single motor on the front axle and at the rear there are two motors packaged together in a single housing to save space. However, there are separate motors, each with their own single-speed gearbox and electronic control unit.

Total system output is 320kW of power and 850Nm in the standard setting, but in Sport mode it unleashes its full potential – 370kW and 973Nm. That’s a 70kw and 309Nm upgrade on the dual-motor set-up in the e-tron 55 quattro.

Driving range is rated at 413km for the SUV and 418km for the Sportback, thanks to the 95kWh lithium-ion battery. Using a 150kW DC ‘fast charger’ the battery can be replenished to full charge in 45 minutes, however on a 7.2kW AC home charger you’re looking at a 13 hour wait. In keeping with its role as an S model, the e-tron S gets a range of upgrades to improve its handling. For starters, there are changes to the aerodynamics, including wider wheel arches to extend the track and fit 21-inch alloy wheels and a rear spoiler and diffuser.

Underneath, instead of mechanical differentials, Audi’s famed ‘quattro’ all-wheel drive is now controlled electronically, and Audi has made it rear-wheel drive biased to give it a sporty feeling on the road. The e-tron S introduces a new electronic torque vectoring system that uses the rear powertrain’s separate gearboxes to control each wheel’s speed individually. This aids handling by allowing the car to turn better.

Obviously an electric SUV isn’t going to be the sharpest handling machine, because it weighs 2580kg and even though a lot of it is mounted low with the batteries on the floor, it’s still a lot of mass to slow down and hussle through corners.

Having said that, the e-tron S is impressive on the road, especially the challenging route we took across the New South Wales Snowy Mountains. It’s not only as capable and engaging as an EV SUV we’ve driven but feels like it would hold its own against the likes of the petrol-powered Audi SQ7 and Range Rover Sport.

The steering is direct, the torque vectoring works well and the regenerative braking is adjustable on the fly via steering wheel-mounted paddles, all of which combine for an engaging driving experience.

As it happens, Audi’s launch drive across the Snowy Mountains, between Cooma and Wagga Wagga via Tumut, was an ideal drive for the e-tron S. It’s one of the best driving roads in the country, climbing up, across and down the mountains through stunning scenery to test a car in every aspect. As we’re written many times, Audi is one of the best in the business when it comes to cabin design. Interestingly, while many rivals choose to make their EVs boldly different inside, Audi has opted to continue its traditional styling for the e-tron – it’s a wise move.

The e-tron S looks great, a modern design that looks clean and hi-tech while also being practical. Audi is the latest brand to move towards more screens and less physical buttons inside, so all of the entertainment and climate controls are found on a pair of screens in the centre console. This is in addition to the digital instrument panel.

If you really want to embrace the hi-tech, futuristic nature of the e-tron S, you can option Audi’s Virtual Exterior Mirrors for $3500. These replace traditional side mirrors with cameras which display the image on small OLED screens on the inside of the door; this idea is taken directly from Audi’s Le Mans program.

How much does the Audi e-tron S cost?

There are some notable extras included in that price though, with Audi offering free servicing and roadside assistance for the first six years of ownership plus a subscription to the Chargefox public charging network for the same period.

We were already a fan of the e-tron 55 quattro, so Audi’s decision to add an extra motor for more performance plus the other S-specific changes has made it even more appealing.

The e-tron S is a look into the future of the brand, with more electric S and RS models likely to arrive over the next decade and beyond, and if this is what we can expect then the future is positive. 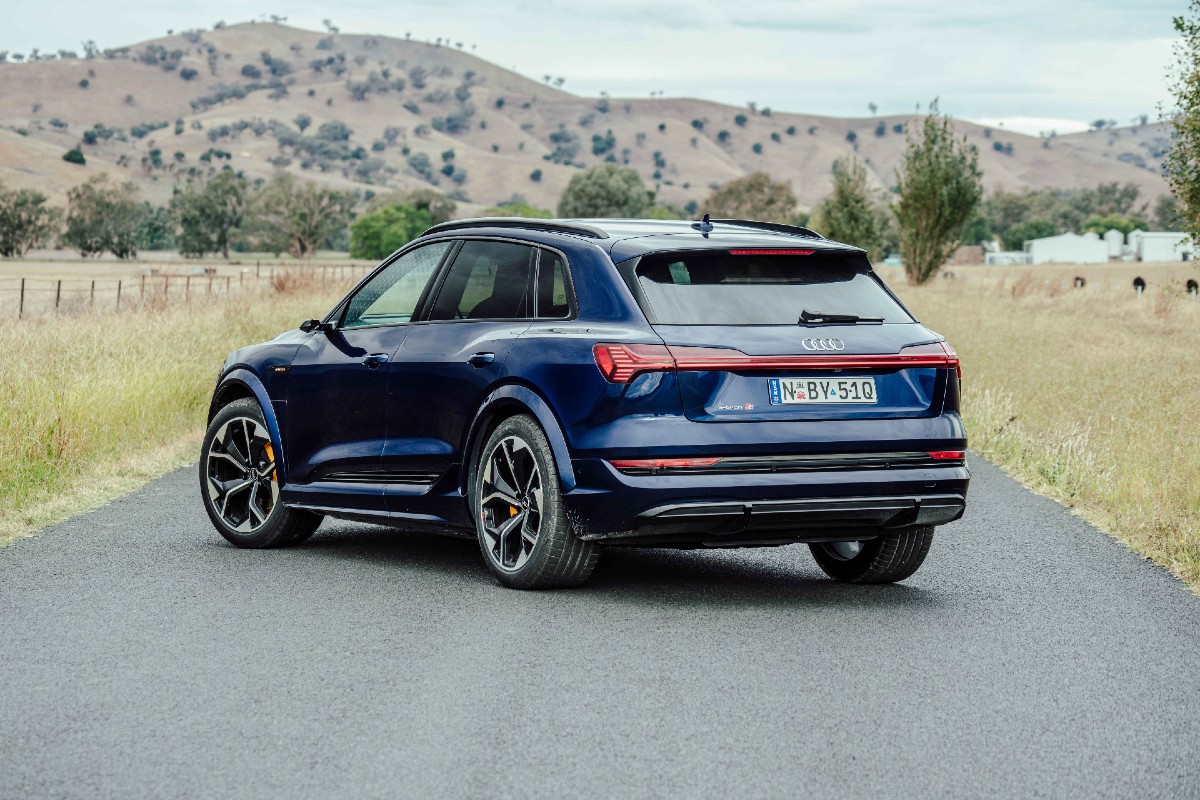