Audi Sport has shown off its latest creation to take on next year’s Dakar Rally, the all-electric RS Q e-tron.

The German manufacturer is targeting outright victory in the 2022 edition of the event, and in doing so make history as the first to win it in a vehicle with an electric drivetrain in conjunction with a highly efficient energy converter.

The two-week-long event presents a significant challenge for Audi, with daily stages lasting up to 800 kilometres.

“What we are trying to do has never been done before. This is the ultimate challenge for an electric drivetrain.”

To overcome the challenge of non-stop stages, the RS Q e-tron is fitted with a TFSI engine from the now-defunct Class 1 era of DTM.

Rather than power the drivetrain, the engine acts as an energy converter that charges the high-voltage battery whilst driving.

“The battery is also a proprietary development that we have realised together with a partner,” said Stefan Dreyer, Head of Development at Audi Sport for motorsport projects.

“As engineers, we basically see development potential in every component.

“But in terms of the drivetrain system, we have already achieved a system efficiency of over 97 percent in Formula E. There’s not much more room for improvement.

“The situation is quite different with the battery and energy management. This is where the greatest development potential lies in electromobility in general.

“What we learn from the extremely challenging Dakar project will flow into future production models. As always, we are also working closely with our colleagues from road car development on this project.” 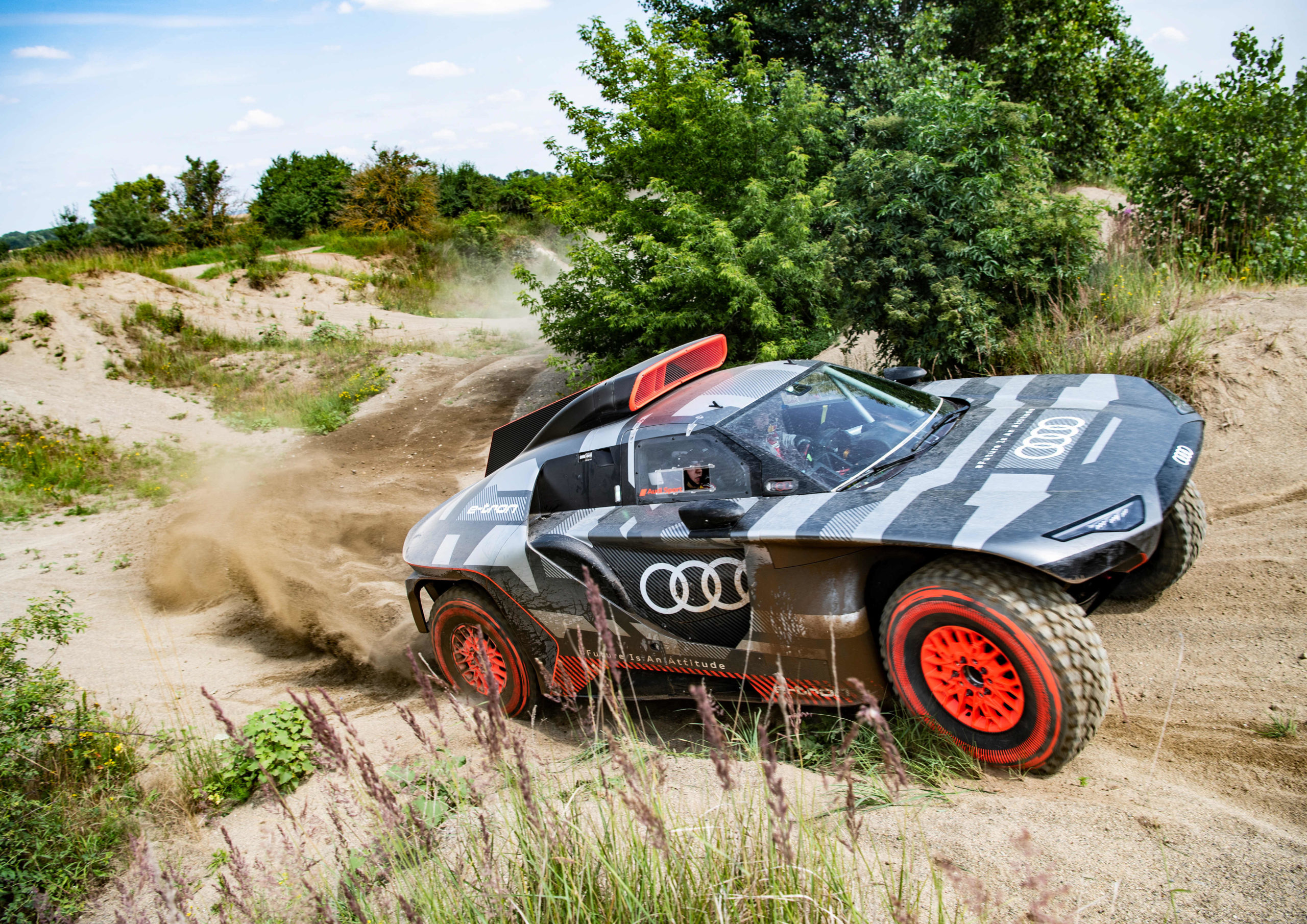 The maximum power output of the RS Q e-tron is 500 kW (670 bhp), although how much of that can be used is still being determined by rally organisers.

The RS Q e-tron is fitted with just one forward gear and independent front and rear axles.

As a result, the removal of prop shafts means significant weight savings.

Tailormade software means torque distribution between the front and rear axles can be configured independently.

Roos said the development of an almost entirely new car for the Dakar Rally in spite of the COVID-19 pandemic was a significant achievement for Audi.

“This project’s schedule is extremely packed and challenging,” said Roos.

“Less than 12 months have passed since the project officially started.

“We had to begin the development while the regulations for alternatively-powered vehicles had not even been finalized yet.

“And all of the development took place during the Corona pandemic. You mustn’t underestimate that either.

“What the team has achieved so far is unique. The roll-out was a very special moment for everyone.”

Audi will now conduct an intensive testing programme in the lead up to next year’s Dakar Rally in January.