A stylish and sporty offering from perhaps the most under-rated car brand in Australia.

Peugeot makes some very nice cars but for a variety of reasons we simply don’t give them much of a chance. Which is a shame because many of the brand’s recent models, such as this 508, have been excellent and more-than-a-match for other, more popular European rivals.

The 508 is a Fastback, which is a fancy way of saying a four-door sedan with a hatch-style liftback boot, but it’s a sleek and sophisticated car that will appeal to those who still appreciate the benefits of a sedan over an SUV.

Peugeot is hoping to use its Le Mans program to improve future road cars. In a twist, the 9X8 is actually inspired by Peugeot’s current road car line-up, including the 508. Specifically its ‘claw’ light design, with the same three stripe pattern used for the headlights and taillights on the 508 and 9X8. This ability to style its new Le Mans contender to look like something out of its showroom is one of the big reasons why Peugeot has opted to join the Le Mans Hypercar class.

It’s also why it’s trying to run without a rear wing, because it helps the 9X8 look more like a Peugeot road car. The LMH rules have allowed Peugeot to generate the majority of its downforce from underneath the car to leave the top surfaces free for styling, rather than aerodynamics.

Peugeot’s global boss, Linda Jackson, said at the unveiling of the 9X8 that the race team has been able to take knowledge gained on the 508 Peugeot Sport Engineered (PSE) road-going performance car and apply it to the Hypercar’s hybrid powertrain.

The GT badge is more about its trim level, not so much its actual performance because the 508 GT is powered by a modest engine for a car of this size. Despite being a mid-size sedan it’s motivated by a 1.6-litre turbocharged four-cylinder petrol engine that makes 165kW of power and 300Nm of torque. While that’s not a lot of grunt for a car of this size, one of the areas Peugeot has focused on with its recent models is cutting weight. As a result the 508 GT tips the scales at 1386kg, which is significantly lighter than similar sized rivals, so it doesn’t need a big engine.

It means the 508 isn’t particularly quick (0-100km/h takes 8.1 seconds) but it does have plenty of pep for such a small engine and enough to make it feel sprightly on the road. The good news is, if you like the look of the 508 but want more punch, Peugeot Australia is committed to bringing the 508 PSE in the near-future. The hero model adds a pair of electric motors to 1.6-litre turbo for 264kW/520Nm for all-wheel drive performance.

The lightness of the package not only helps it generate good performance from its small engine, but also helps it feel fleet-of-foot when it comes to changing direction. 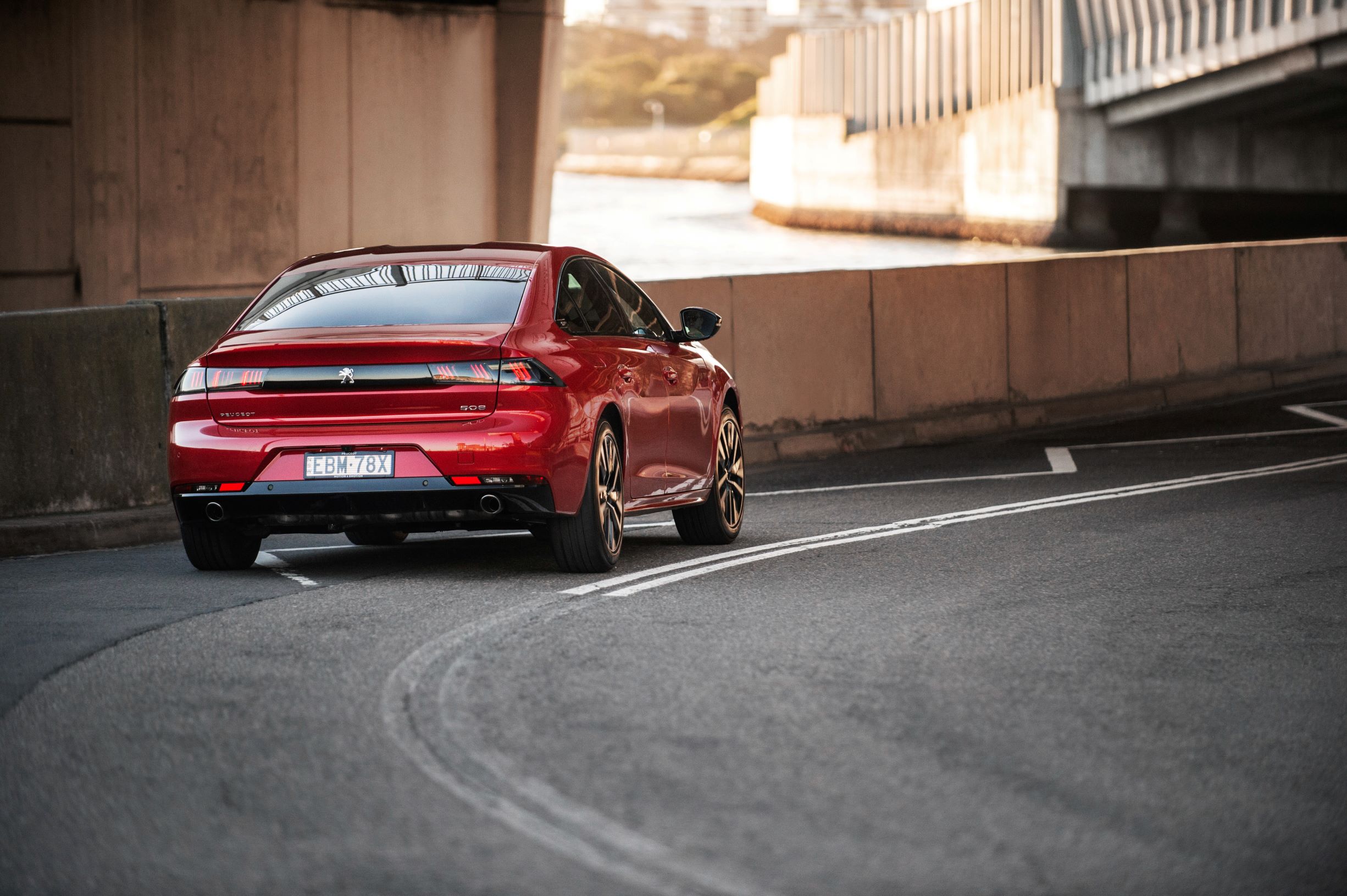 It feels sharp on the road thanks to responsive steering and taunt suspension that minimises body roll. The whole package just feels nicely balanced, underlining the importance of cutting weight to improve handling.

Unfortunately due to the latest round of pandemic-induced lockdowns we weren’t able to give the 508 GT our usual test drive loop, so perhaps we’ll reserve final judgement for a later date, but certainly the driving we did showcased it as an engaging sedan to drive.

Certainly around town it proved an excellent daily driver, able to duck in and out of traffic like a smaller car.

Given we didn’t get a chance to challenge the 508 GT to our typical twisties, it would be great to push it to its limits on the open road. While it may not have a big, powerful engine, the GT name is appropriate in the sense that the 508 would make a nice car for grand touring.

Peugeot likes to do things different inside than pretty much any other brand. The centrepiece of its cabin design is Peugeot’s i-Cockpit concept – a set of ideas that the French brand believes creates the ideal seating position and cabin design. The keys to it are a small steering wheel and a high-set instrument panel that’s designed to allow you to see over the top of the wheel so you always have a clear view of the display. At least that’s the ideal, but the reality is different. Personally, I like a small steering wheel and the 508’s flattened off rim feels nice in the hand, but I simply couldn’t get it in my preferred position.

The steering wheel is too low, even at its highest position, while the driver’s seat is too high for my six-foot frame. I’ve spoken to others who love the set-up and can find their perfect seating and steering position, though, so it largely depends on your height and preference.

Which highlights the challenges of the i-Cockpit philosophy, it works great for some but is compromised for others.

Putting that aside, the rest of the cabin is great, with high-quality leather seats, carbon trim and nice switchgear with a soft-metallic finish that feels a cut above the competition. 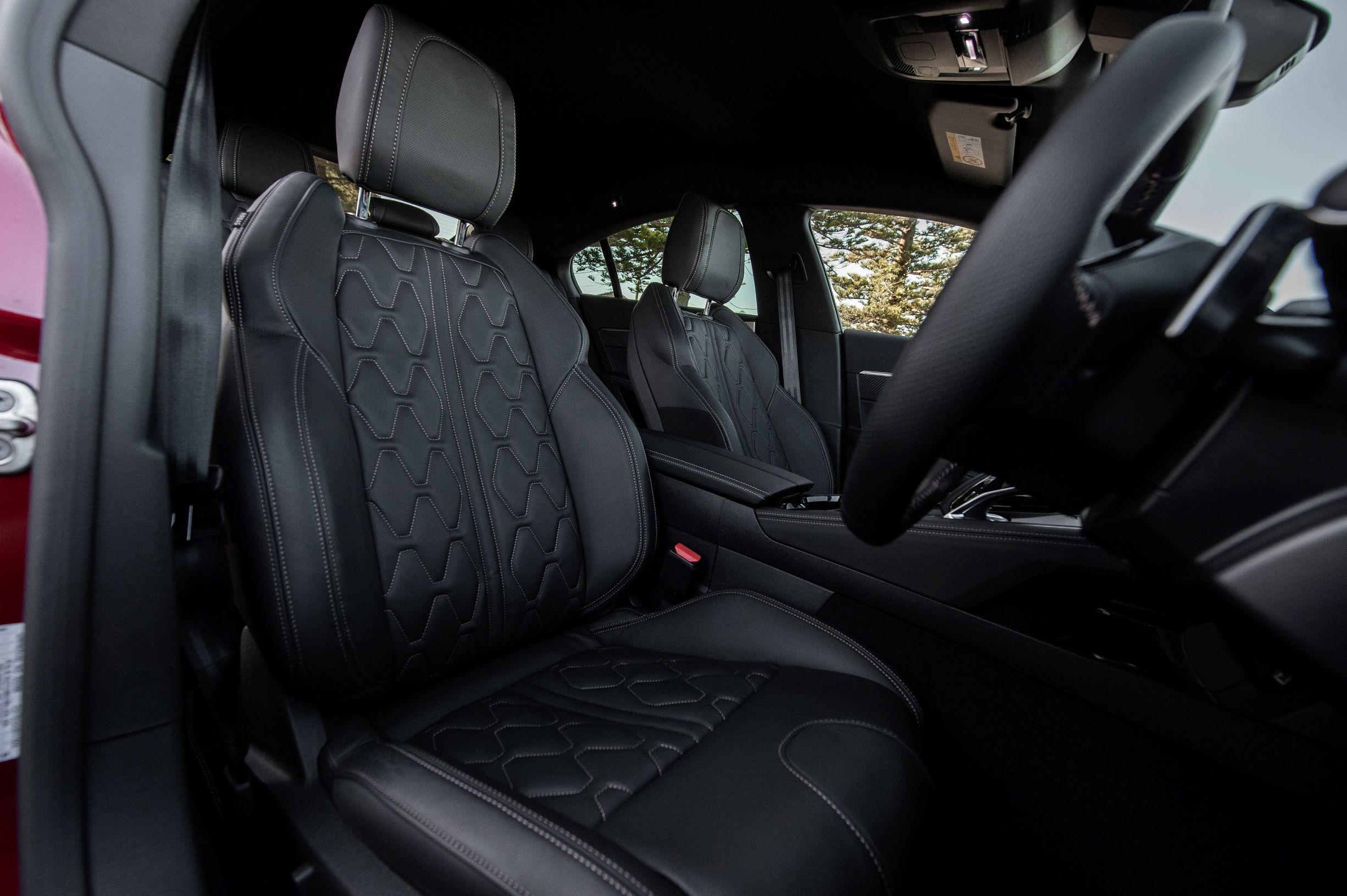 The front seats are comfortable and the rear accommodation is equally plush with similar leather trim, but getting into the back seats is a challenge for adults or taller kids because the rear door openings are really small thanks to its stylish sloping roofline.

The boot is a sizeable 497-litres and it’s easy to load up, even with bigger items, thanks to the liftback design. 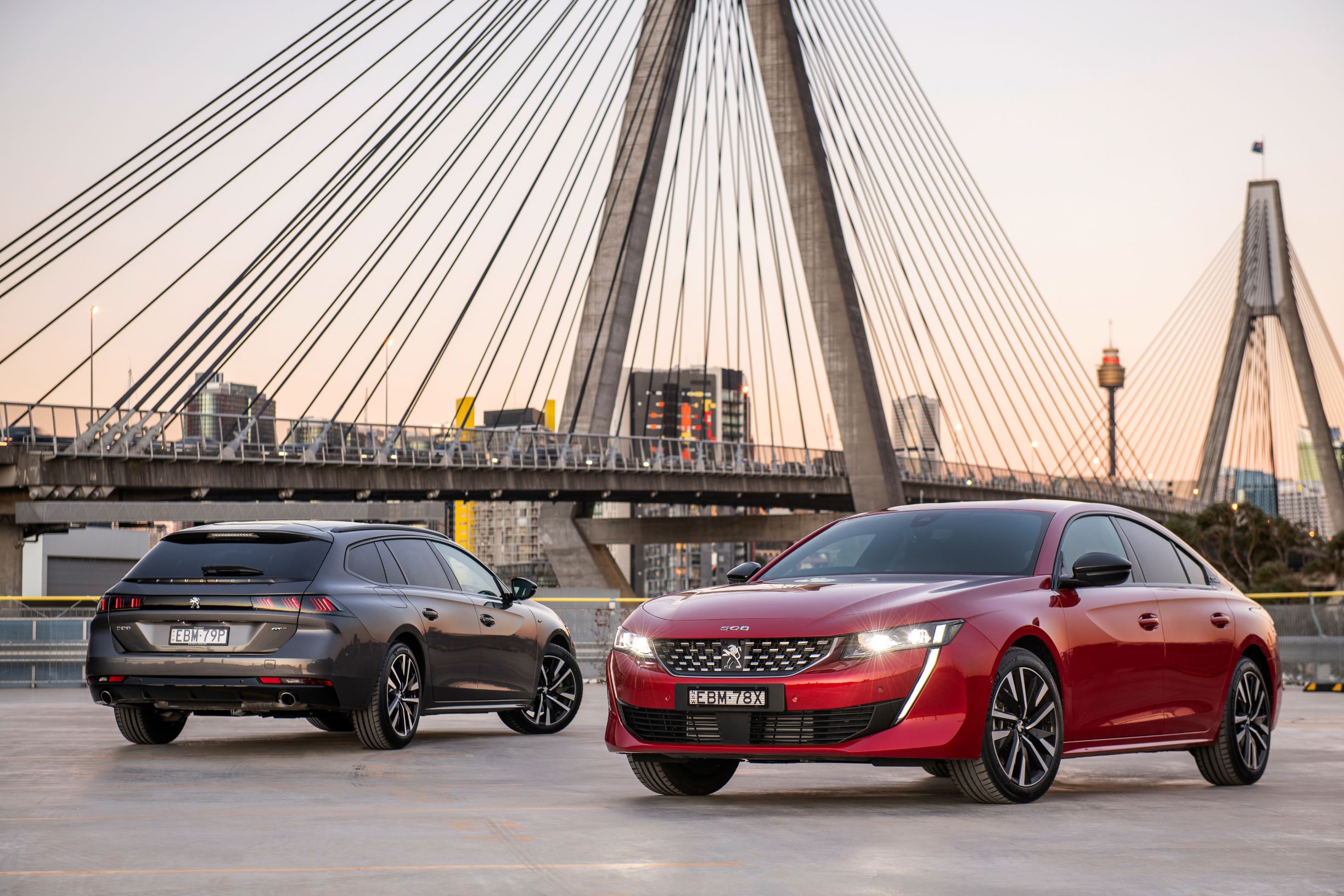 Like all Peugeot’s the 508 GT Fastback is positioned at the upper end of the mainstream market, without straying into premium pricing because that would be a bridge too far for the French brand in the local market. It’s priced at $57,490 (plus on-road costs), and if you prefer a wagon you can get the 508 GT Sportswagon for $59,490.

For comparison the Skoda Superb 206TSI 4×4 Sportline is priced at $60,390 while a Kia Stinger V6 GT starts at $63,760, so the Peugeot is competitive without standing out from the pack.

There’s a lot to like about the 508 GT, especially its 9X8-inspiring style on the outside and excellent cabin. However, it’s humble performance is adequate but doesn’t do enough to wow me into saying it’s definitely something I’d like to have in the driveway permanently.

Instead I think I’d like to wait for the 508 PSE to see how the more potent powertrain elevates the rest of the package.