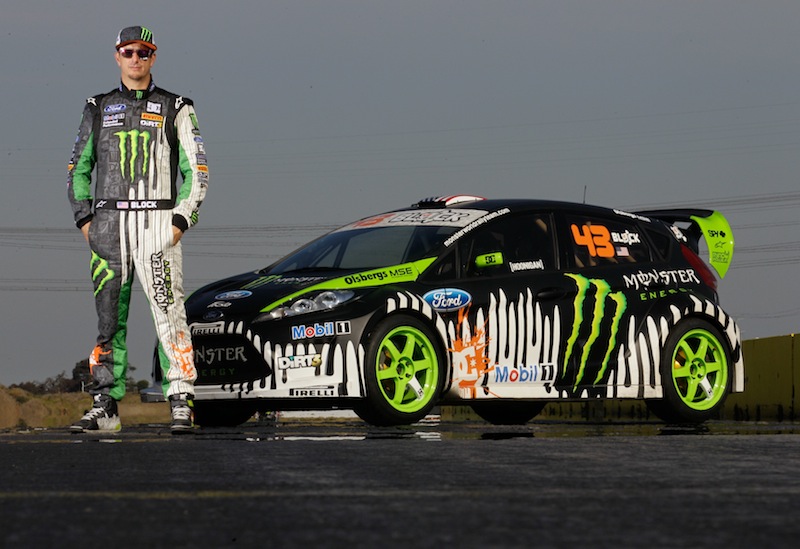 In the wake of Block’s split from Ford, the YouTube megastar is clearing room in his race shop to make room for new toys. Three of his most famous cars are up for auction through American firm, LBI Limited, his 2013 Ford Fiesta ST RX43, 2011 Ford Fiesta GYM3 and his 1986 Ford RS200.

The Ford Fiesta ST RX43 starred in three of Block’s hugely successful YouTube films – Gymkhana Six, Eight and Terrakhana. The car is based on an M-Sport-built World Rally Championship chassis but features a 447kW (600hp) 2.0-litre turbo engine that helps it produce Block’s famous smoking burnouts. He also used it to compete in the US-based Global Rallycross championship.

Next up is the Fiesta GYM3, which as the name implies, starred in Gymkhana Three and has the distinction of being Block’s first blue oval product after his switch from Subaru (which he used to start his rally career and first two Gymkhana videos). The Fiesta ST RX43 was used in Gymkhana Six and Eight

The Fiesta was originally built by Olsbergs MSE in Sweden for European Rallycross but converted to star in Gymkhana Three. It’s powered by a 2.0-litre turbocharged Ford engine that’s boosted to produce 447kW, it’s paired to a six-speed paddle-shift transmission and features Block’s trademark hydraulic handbrake

Despite Olsbergs’ rallycross heritage, and unlike his later Fiesta, this one was only used for the video and never raced. It’s the same car Block brought to Australia for a car swap with then Ford Performance Racing drivers Mark Winterbottom and Will Davison. It’s presented in its original Monster/DC Shoes ‘drip’ livery.

Last, but by no means least, Block is selling his road-registered Ford RS200 which he admits is his “favourite car of all-time” and helped ignite his love of rallying. It’s only of only 200 homologation specials that Ford built for the infamous Group B WRC regulations. In fact, it’s actually even rarer, being one of only 24 that were upgraded to ‘EVO’ specification. 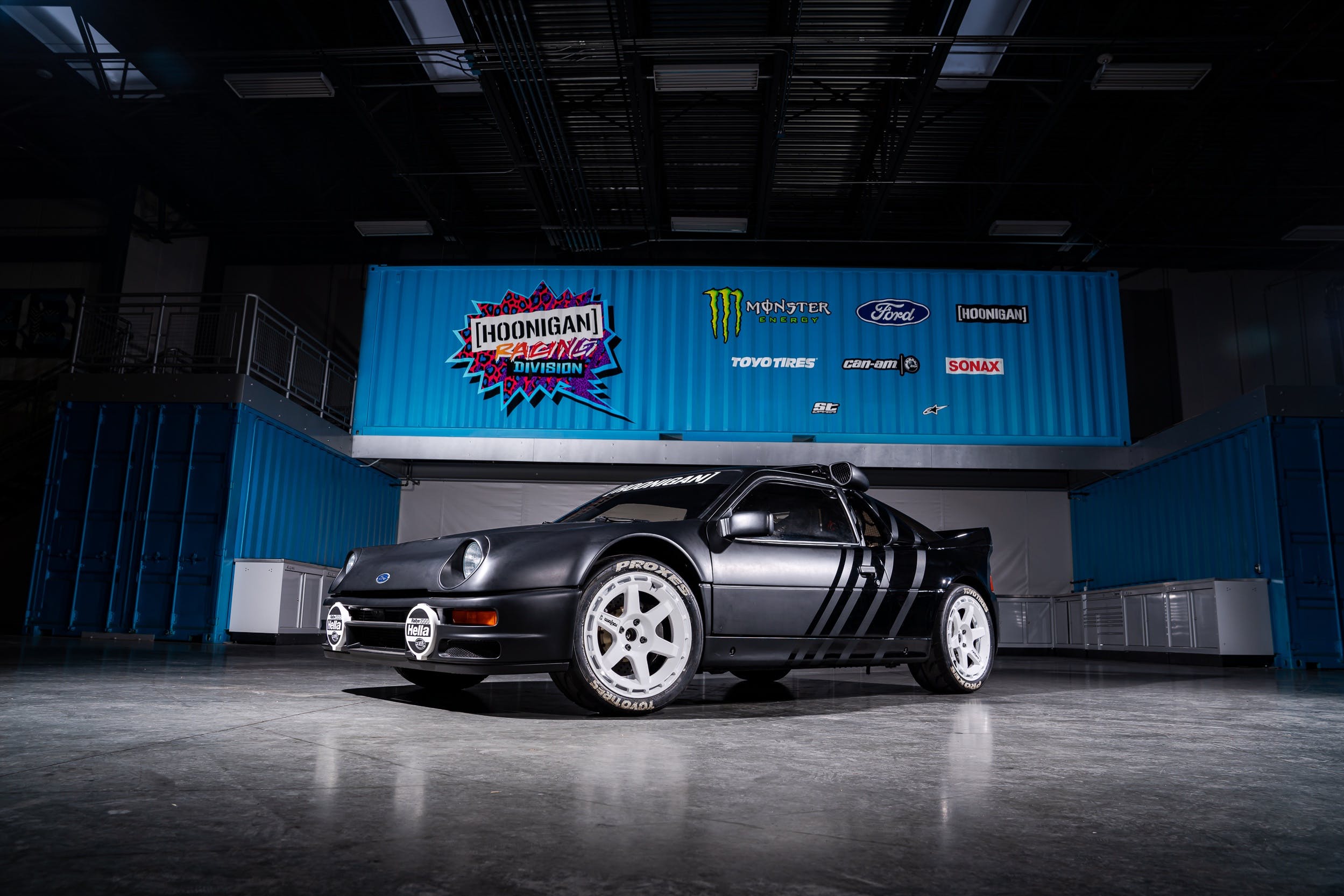 Block had his RS200 customized by his Hoonigan Race department to feature a matte-black-on-gloss-black livery when he bought the car in 2017.

The RS200 is powered by a 2.1-litre four-cylinder turbo engine that makes 522kW on regular fuel but can be turned up to 596kW on higher-octane, race-spec unleaded.

These three aren’t the only Fords Block is getting rid off either, as he seemingly makes way for new cars. He privately sold his 1978 Ford Escort MkII to a friend last week.

In late 2020 the American also sold his 2016 World Rallycross and Gymkhana Nine machine, a 2016 Ford Focus RS RX, which was snapped up by Stephen Grove. The new Kelly Grove Racing co-owner spent US$200,000 for the custom-built Focus, with all proceeds going to Block’s chosen charity, and Grove plans to offer rides in the car to help his own charitable causes.

“Obviously it is a car that can really only be brought out on special occasions and we are looking at ways we can put it to work to raise funds for charities we are close to,” Grove told Speedcafe last year.

“It would be great for fans to have the chance to see the car up close and maybe even have the opportunity to go for a ride.”

It’s unclear if Block will part with the rest of his blue oval fleet which still includes his 1965 Ford Mustang ‘Hoonicorn’, 1977 Ford F-150 ‘Hoonitruck’ and his 1994 Ford Escort RS Cosworth.