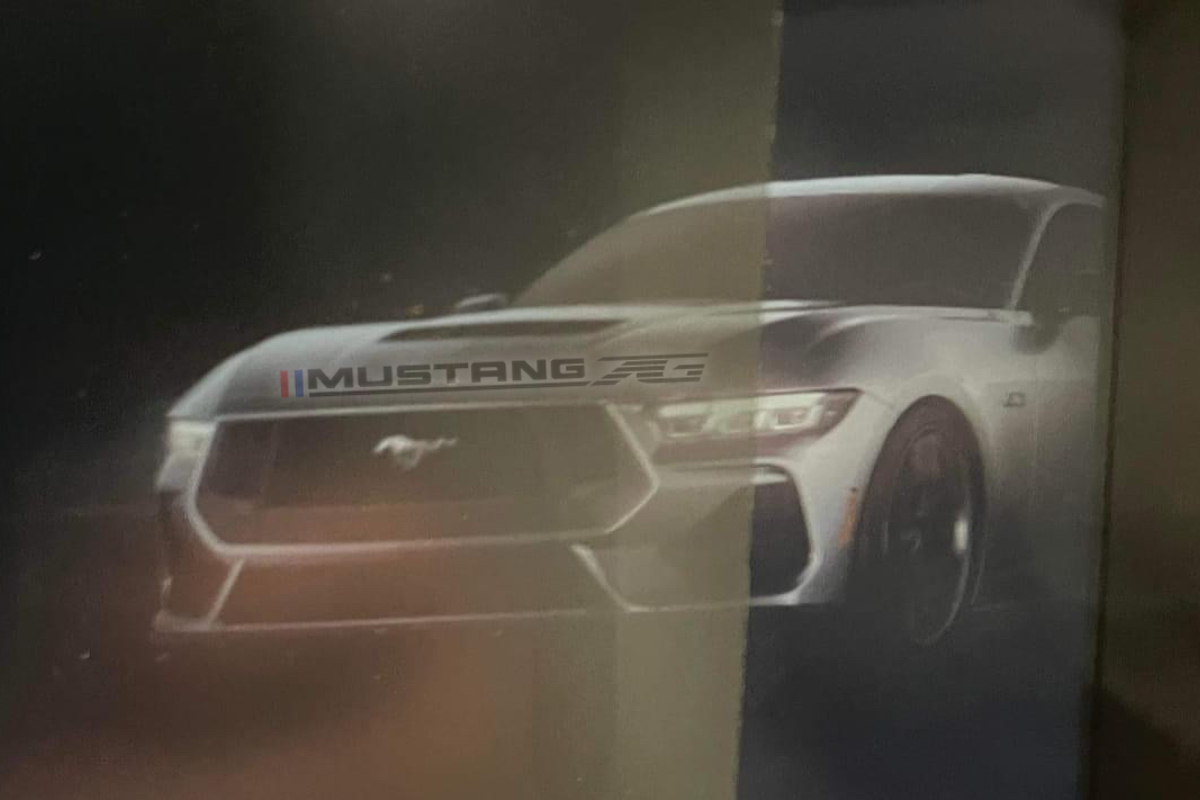 This is claimed to be a look at the all-new 2023 Ford Mustang. Image: Mustang7g.com

The all-new Ford Mustang is only months away from being revealed, but it may have been spotted earlier if this rendering is accurate.

Posted on the mustang7g.com forum this image is allegedly how the new Mustang GT will look. However, it must be noted that there’s no indication if the image is of the final production version of the car, so it could also be a fake.

Having said that, the rendered image does appear very similar to other online images of pre-production S650 Mustangs. The website fordauthority.com published several images of prototypes undergoing testing in camouflage, but also one with the front camouflage removed.

Both these images show an evolutionary look for this latest generation ‘Stang, albeit with a larger, more angular front grille and quite large brake intakes.

Ford is expected to unveil the new S650 Mustang before the end of the year, which will crucially give Supercars time to introduce the new-look model in time for the start of the 2023 season and the beginning of the Gen3 rules. 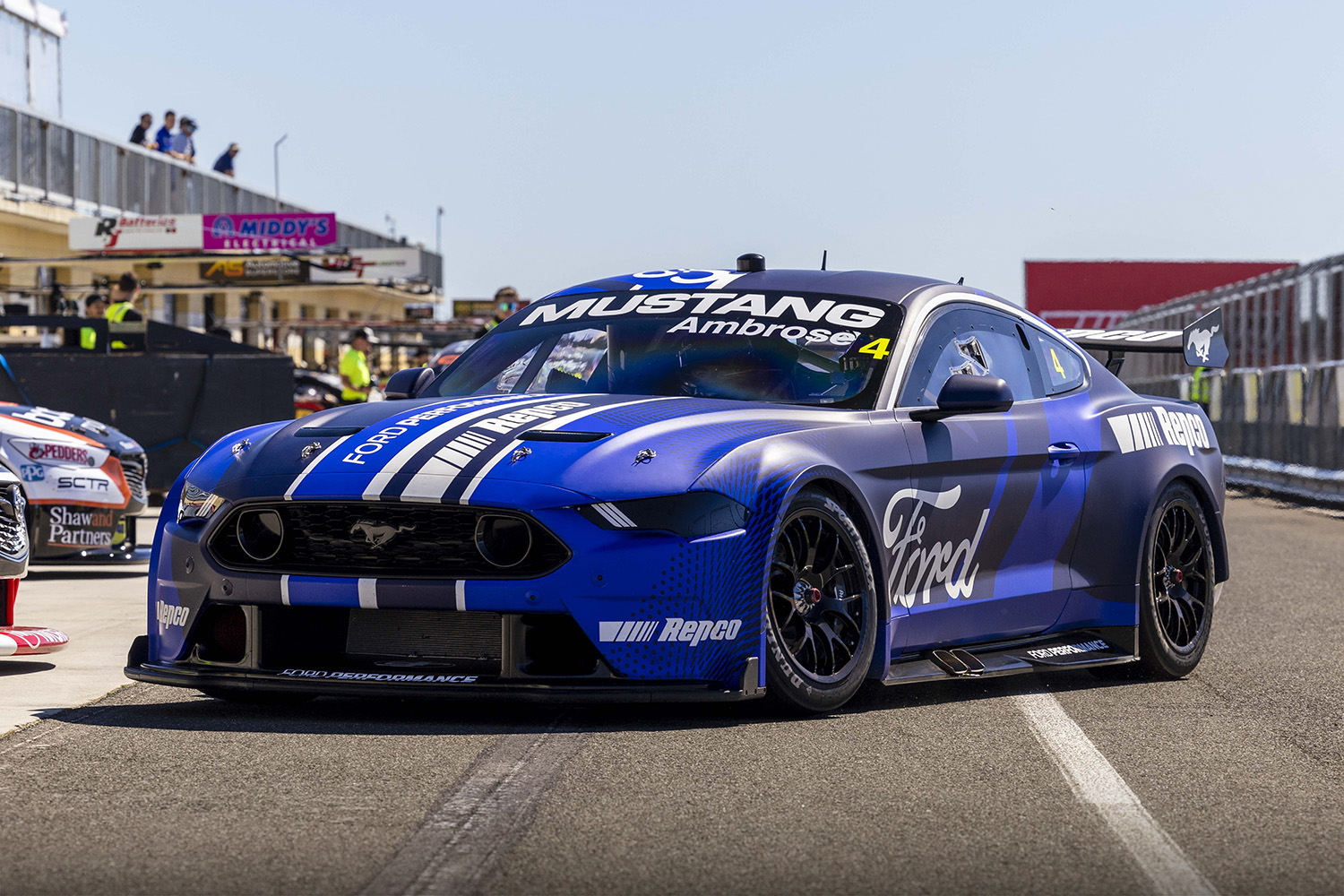 The Gen3-spec Ford Mustang will get a new look before next season begins. Picture: Mark Horsburgh

The new Mustang is expected to be built on the same basic platform as the Ford Explorer SUV. Known as the ‘CD6’ vehicle architecture, this platform allows for a longitudinal engine layout and rear-wheel drive. These are two core pillars of the Mustang and something unavailable with any other blue oval underpinnings.

Under the bonnet it’s expected to offer a range of engines, with the 5.0-litre ‘Coyote’ V8 and the 2.3-litre EcoBoost four-cylinder turbocharged petrol expected to carryover to the new model, likely with some performance upgrades.

There have long been rumours that Ford is plotting to add at least a hybrid engine option, if not a fully-electric Mustang coupe, but there is no confirmation of what form that will take just yet.
Stay tuned for more Mustang details as they come to hand.