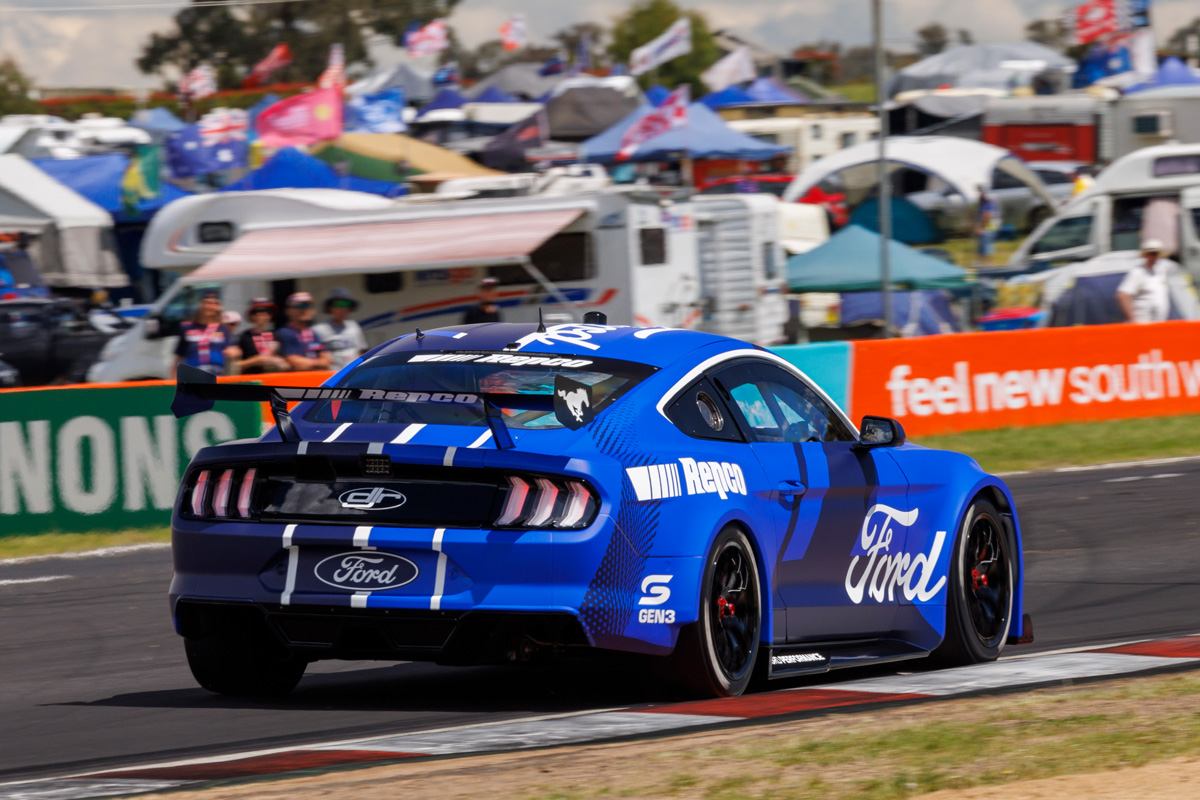 Don’t get used to the look of the Gen3 Ford Mustang Supercar unveiled at Bathurst – it will look very different when it hits the grid for the 2023 season.

That’s because Ford will launch a new generation of its iconic pony car before then, likely sometime in the second half of 2022. While no one in the Blue Oval camp would speak on the record, Speedcafe.com understands that the current ‘S550’ shape will be replaced by the new ‘S650’ Mustang by the time the 2023 Repco Supercars Championship begins.

In fact, the timing of the arrival of the new Mustang was believed to be a key factor in the delays to introduce the Gen3 cars to the series. The potential of Ford teams needing to build new cars in both 2022 and then 2023 initially led to a plan to split next season between the Gen2 and Gen3 cars before the entire introduction was shifted to the start of ‘23.

Asked by Speedcafe.com at the recent Bathurst 1000, where he was visiting to witness the unveiling of the new Gen3 Mustang, Ford Performance Motorsports global director, Mark Rushbrook, avoided directly answering the question.

“Today is about this car, and showing how close it is to the street car,” Rushbrook said. “But we haven’t made any announcements about a future road car or future race car.”

While he may not be ready to publicly confirm it, the arrival of the next-generation Mustang is widely expected in 2022. That fits given the typical lifespan of a Mustang; with the current model launching in 2015, it will be scheduled for replacement in the showroom by 2023.

This means the Gen3 prototype Mustang unveiled at Mount Panorama will test throughout 2022 locally but will primarily validate the mechanical components before the bodywork is replaced once the new road car is launched.

Rushbrook’s presence at Bathurst underlined the esteem with which Ford holds Supercars. The executive was forced into a 72-hour quarantine in order to attend the race, but felt it was important to be on the ground for the reveal of the next-generation Supercars.

“The series is a great series to be in, with the level of racing they have, the quality of racing, the passion of the fans but also the importance of the Australian market to us globally,” he said. “This is a great way to be represented in this market and connect with fans.”

Rushbrook is supportive of the switch to Gen3, which has allowed the Mustang to look far closer to the road-going model than the current Gen2 Supercar; which has been labelled a ‘sports sedan’ by critics.

Gen3 will also introduce an all-new engine for the racing programme, with a Coyote-based 5.4-litre V8 also creating a closer link between the showroom and racetrack.

Asked which element – styling or engine – is more important to Ford, Rushbrook made it clear bringing the entire project towards its road cars is critical to the Blue Oval’s continuation in the sport.

“For relevancy it’s both, the body and the engine,” Rushbrook said. “Cost is also important for us, it’s important for us in every racing series because it has got to be sustainable. That was one of the early discussions with Gen3 too – how do we make it more relevant and take cost out of it for the sake of the sport and the teams.”