The line between Porsche’s Carrera Cup racer and road-going 911 GT3 is getting blurry.

The GT3 has always drawn inspiration from motorsport and enjoyed technology trickle down, but the links between the Cup car and GT3 road car have become much closer with the new 992-generation model released last week.

Porsche has said the 4.0-litre naturally-aspirated flat-six engine is “practically unchanged” from what powers the latest Cup racer, while the aerodynamic package and new double-wishbone front suspension are both taken from the Cup car and RSR GTE racer, respectively. 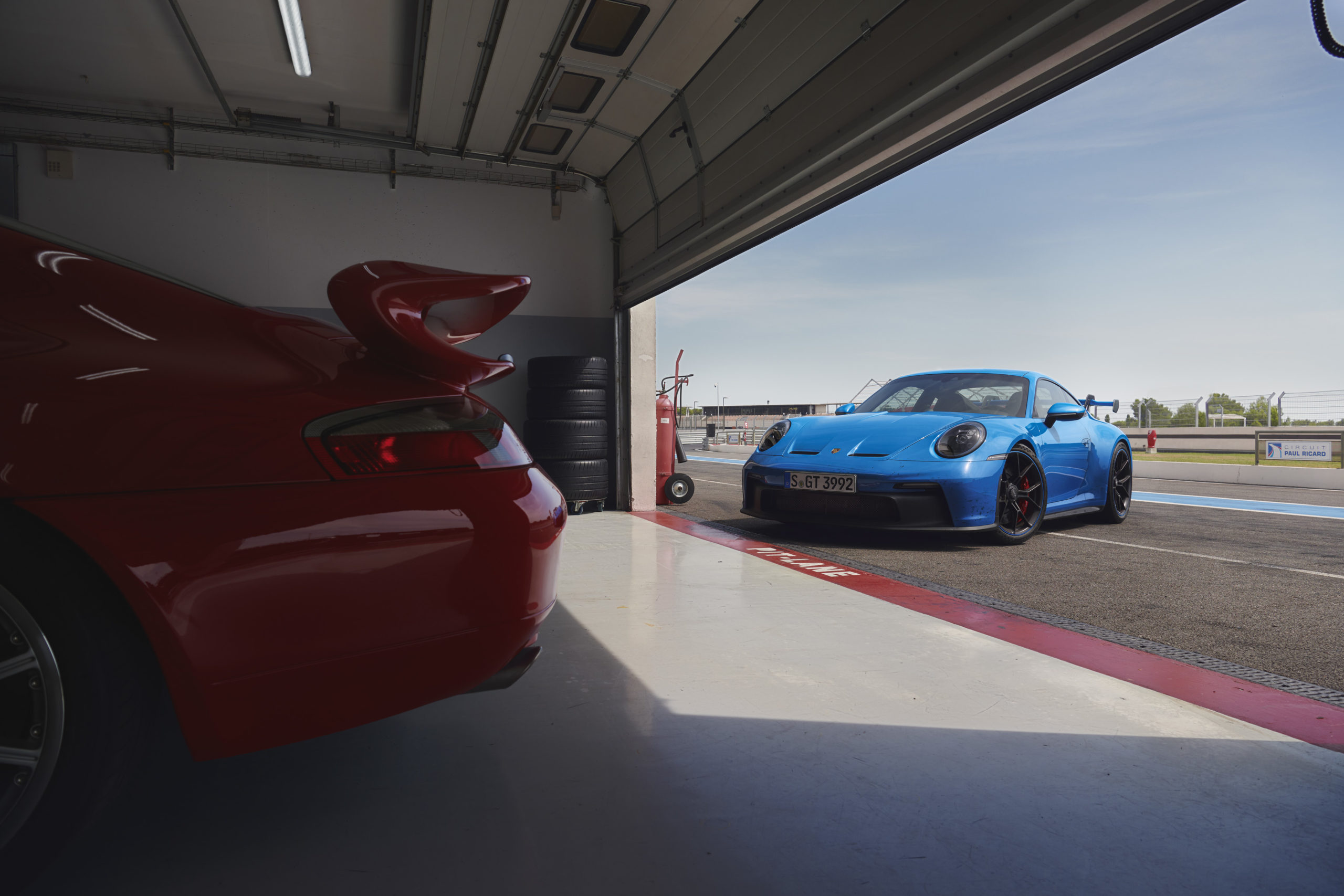 The new Porsche 911 GT3 has been built for the track

Speaking to Torquecafe recently, Porsche’s head of GT car development, Andreas Preuninger, admits the performance of the new GT3 model would be on par with previous versions of the racing machine.

“If you compare the lap times from a Cup car from five years ago and a normal GT3 street car from today you might find that the street car of today is faster,” he admitted. “So there’s quite a lot of development in this direction, with the street car getting faster and faster but the race cars develop as well, in a parallel movement.”

Preuninger added that while mechanically the Cup car and GT3 share a lot in common, there are some key differences in how they drive. 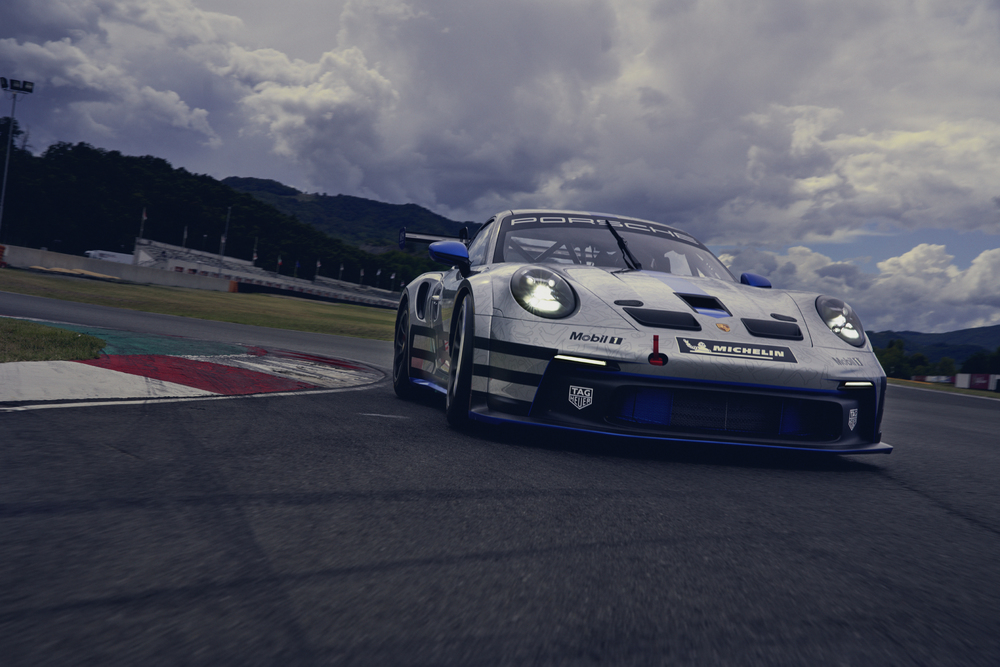 “How close can a street car get to a race car? If we’re talking about components we put in the car – very close,” Preuninger admits. “If you’re talking about how does the car feel and how it performs? That’s a bigger gap.”

He explained the obvious differences are the racing car’s slick tyres, sequential gearbox and stripped out exterior. But he also acknowledged the major similarities between the pair and the obvious benefits that come from testing road car performance in a competition environment.

“It’s definitely the same engine that we use in the Cup car,” he said. “There are still differences, we have a different engine management system – a race car engine management system – and different exhaust on the car… but other than that it’s exactly the same engine – the same part number, everything. This is the great symbiosis we have with race car development. We are taking advantage of the testing that has to be done for a race car, these engines have to endure a full season before they can open the engine.”

The engine makes 375kW of power and 470Nm of torque, and spins to 9000rpm thanks to its racing pedigree. Unlike the race car, it’s available with a choice of either a six-speed manual or a seven-speed dual-clutch automatic transmission. 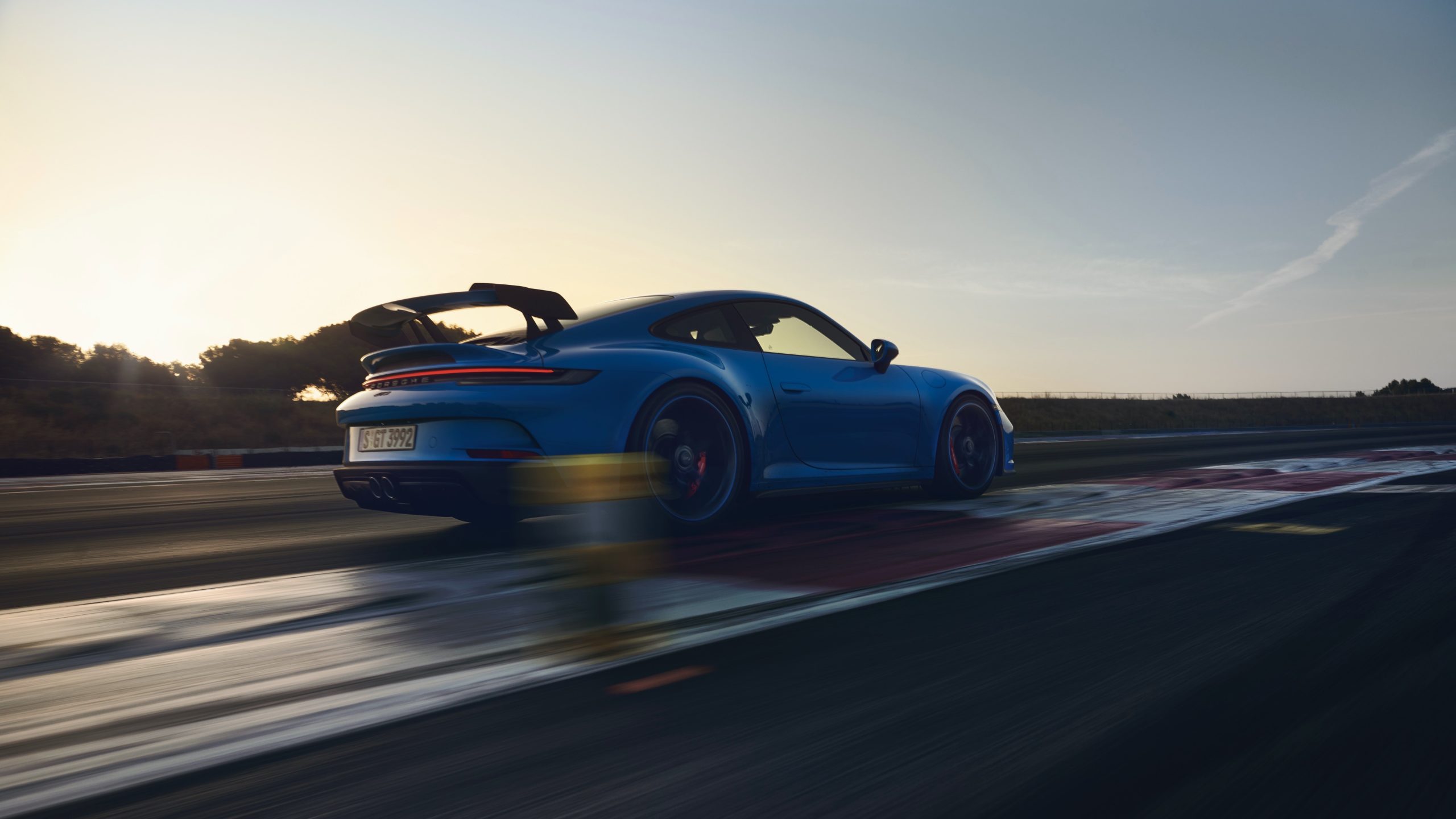 Preuninger reiterated that much of the focus of the new GT3 model was on improving its lap times through better handling. Which is why it has a racing-style swan neck rear wing and larger diffuser as well as the new RSR-style suspension.

So given the significantly improved performance and smaller gap in performance to the Cup racer, does this make the latest GT3 too extreme for some drivers to handle on the road?

“The car doesn’t get more dangerous just because it’s faster,” Preuninger declared. “We see on the new car the driveability is a huge factor, how good the car communicates to the driver is key to being fast. Especially on the new car which is almost the same horsepower but faster on the track, that comes down to – mostly – the driveability of the car. So it’s not getting more dangerous, I think there’s a special cliente that wants this type of car. They are using the car on the track, they are going to track days and I can’t think of any instance where a driver is losing control of a GT car on the street.”

He added: “Even my wife uses a GT3 to go to the bakery and comes back in one piece, no problem.”