Denyer and D’Alberto on the cusp of APC glory

Denyer and D’Alberto on the cusp of APC glory 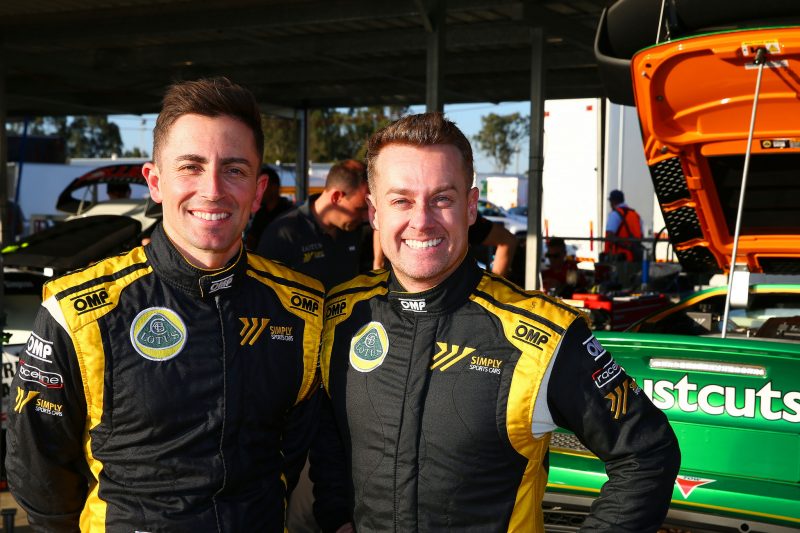 The Lotus marque is on the threshold of winning the 2018 Jacuzzi Spas Australian Production Car Series with Tony D’Alberto and Grant Denyer in the box seat to seal the deal this Sunday at the Phillip Island Six Hour.

They didn’t get to start in the opening round of the year – due to a practice session accident in the Simply Sports Cars entry at Sandown – but have been in devastating form since.

“I thought we were out from there, not a chance,” said Denyer, “but we have had a really good run and to be in this position now is really overwhelming.”

The chance to secure the title with D’Alberto sits really well with Denyer as well.

“We nearly did it in the Australian GT Sprint Championship in 2015 and we have both won the GT Endurance Championship . . . but separately,” Denyer explained.

“He is a really good guy, same pace, same sense of humour. We are like husband and wife . . . roles undefined,” he laughed.

From D’Alberto’ perspective it will be a case of retribution if they can bring it home.

“It will be nice to win the title, to repay the faith – Sandown was big setback,” D’Alberto said.

“We really had to twist Simply Sports Cars’ arm to rebuild the car and come back the way we have.

“But six hours is a long way and we still have to win it! Even though we have not raced there (like some of their rivals) it not like it is a new car. It has been around a while and has had a lot of development.”

They were the pace setters at the second round, leading the Fight In The Night at Queensland Raceway until a tyre blowout took out a rear brake sensor. From there on though, they have been undefeated in #10 Just Cuts Lotus Exige 350 Sport.

They took the 3.5-litre supercharged mid-engined Class A1 Extreme Performance rocket onto win the second 300-kilometre leg. Denyer started the race and stormed through the field, incredibly taking the lead within five laps and setting the team up for D’Alberto to bring home the victory.

Then they followed up by scoring two wins at Winton Motor Raceway’s round three. They shared the drive in the Saturday race before Denyer went solo, the team electing to bypass the driver changeover and save time in the pits, and won on Sunday.

“Keeping Grant in the car was the best strategy for the team, and regardless he seemed more concerned that I missed out on the drive. It’s a great marriage, but he did make me drive back to Melbourne,” D’Alberto quipped.

Next they teamed up for the four-hour, fourth round single race at Sydney Motorsport Park. Just over one-third of the way in, they take took the lead – one they wouldn’t relinquish – and won by almost a lap.

With the latest victory (their fourth in a row) the Lotus pair is now the series leaders, albeit by a meagre 25 points.

Both drivers are aware that Phillip Island will be tough as they still work their way through refining a few of the issues with the Lotus.

“We took the conservative approach at Sydney Motorsport Park which we learnt from Queensland where we drove the car flat out and had dramas,” acknowledged D’Alberto.

Denyer thinks that the BMWs might have a little edge in pace but will run into tyre problems before the Lotus does. He also believes that they will have better fuel mileage which will just give them a wider window in relation to pit strategy.

The first four hours of the race will also be broadcast by C31 Melbourne – for full details, please click here.