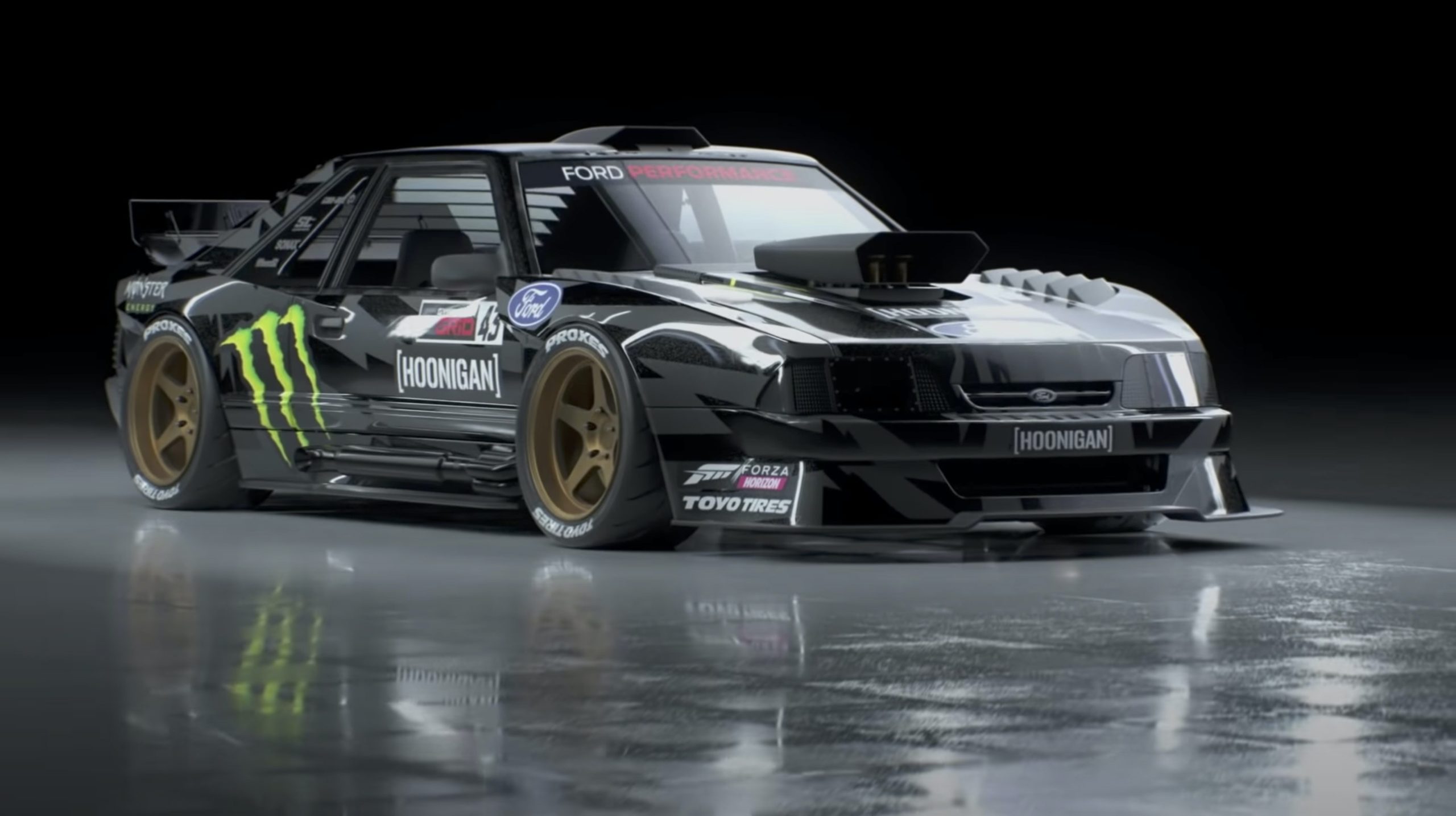 Rally and internet superstar Ken Block is considering some Australian muscle for his next tyre-frying Hoonigan machine.

A few weeks ago we brought you news thay Block and his Hoonigan Racing team are planning to build a Fox-body Ford Mustang into a donut-drifting-burnout machine – dubbed the Hoonifox – with the help of Hollywood designer Ash Thorp.

Now the team behind the project has revealed more details, including an extensive list of options for powerplants that could go under the bonnet. Block, Thorp and Hoonigan director Brian Scotto revealed eight engine options and the Australian-made Ford turbocharged inline-six from the Falcon was amongst them.

Better known as the ‘Barra’ the 4.0-litre engine was designed and developed in Australia and used it in the Falcon XR6 Turbo and FPV F6 Typhoon from the BA Falcon onwards. It was lauded by Australian reviewers for its excellent performance, smooth power delivery and lower weight compared to the V8 engine of the period, which helped improve the Falcon’s handling. In the FPV it was tuned to make 270kW (362hp) but Scotto believes with suitable modifications, the Hoonigan team could extract nearly 900kW (1200hp) for the Hoonifox. Scotto admits in the video that the Barra is his favourite choice for the Hoonifox, but also acknowledges the Aussie-made engine doesn’t have a connection to the Fox-body ‘Stang.

“It’s a cool motor, sounds really cool and definitely not expected,” Scotto said. “But I’m not sure it fits the rest of the vibe of the car, so it’s kind of a design question.”

But the Barra has plenty of competition for the position under the Hoonifox bonnet. Block is considering a total of eight engines, including a Roush-Yates built V8, the EcoBoost V6 from the Ford GT supercar, the inline four-cylinder EcoBoost from the Mustang, the V8 from the Shelby GT350 and even the electric motors from the upcoming Mustang Mach-E electric SUV.

Block and co. are looking for the public’s preference for what should power the Hoonifox, so head to the Hoonigan social media channel to let them know your favourite.