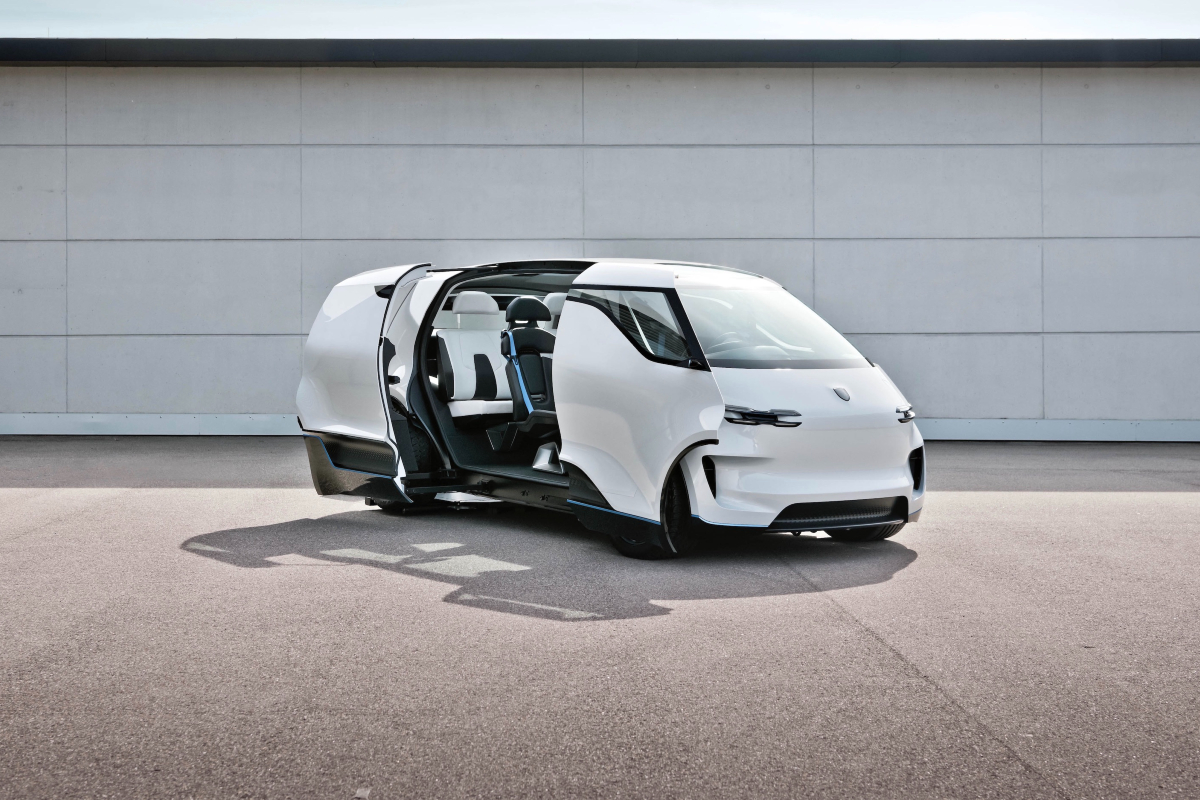 No, that headline isn’t a mistake or a beat-up, Porsche really has unveiled a people mover.

Obviously it’s just a concept car, but it’s still a surprise that the company synonymous with performance cars would build a van. Inspired by the Vision ‘Renndienst’ (Race Service) concept – that the company design in 2018 and only showed to the public last year as part of its book, Porsche Unseen – the ‘Renndienst Study’ is a six-seat people mover that has allowed the brand to experiment with interior design and technology.

The van is the work of a team of designers led by Porsche chief designer, Michael Mauer, head of interior design, Markus Auerbach and Ivo van Hulten, director of user experience (UX).

“We thought about how we could still give a distinctly Porsche flair to a passenger compartment that is so far removed from the classic sports-car interior. And how autonomous driving could be designed,” explained Mauer, while stressing some driving elements would always remain even in a self-driving Porsche.

“We don’t assume that our customers want to give up using a steering wheel,” Mauer added. 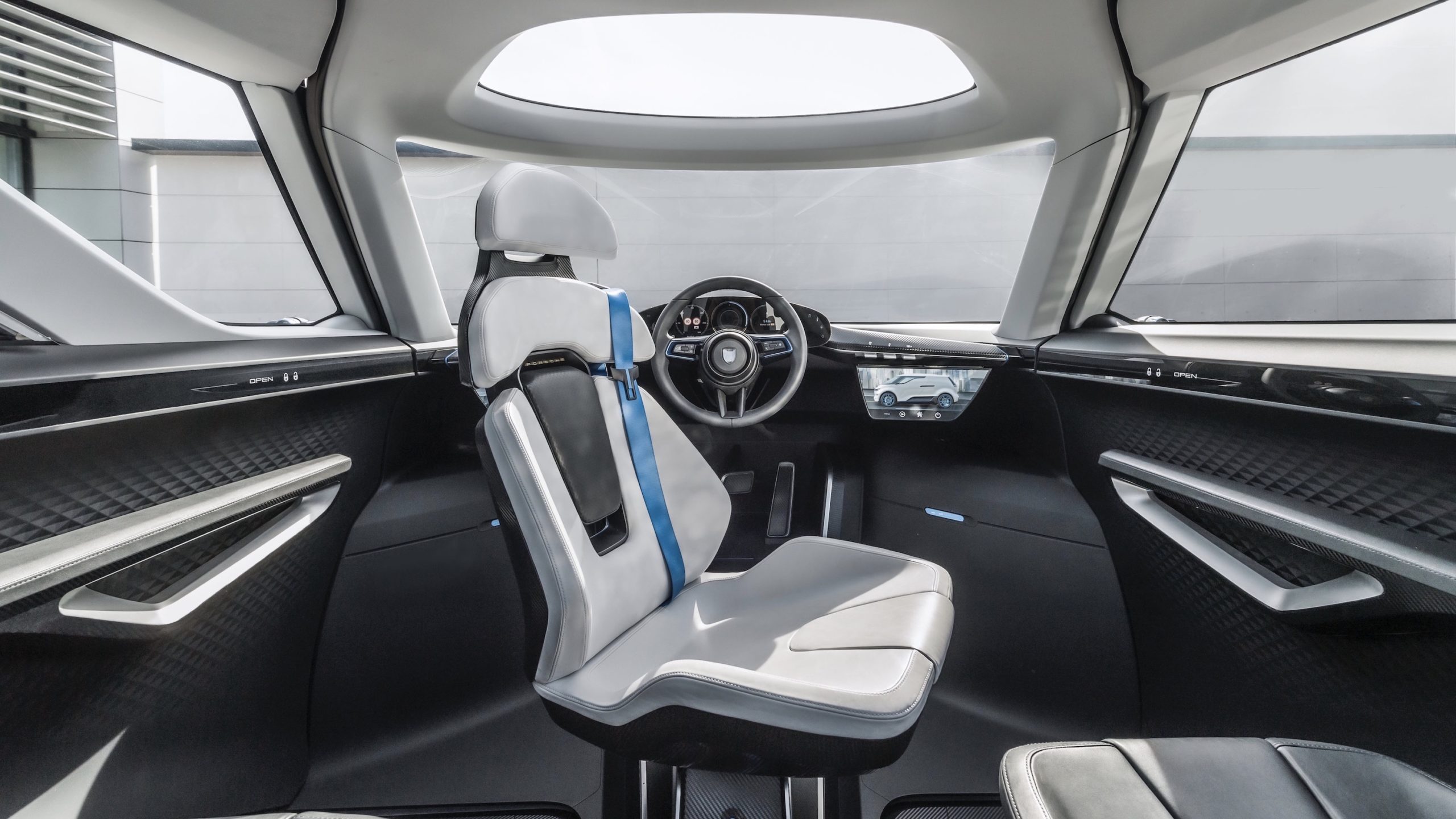 As such it features a range of revolutionary design elements including some that have already made it to production, specifically the digital instrument display for the new all-electric Taycan, as well as some not-for-sale concepts like a rotating driver’s seat.

“When I want to drive, I have more cockpit feeling than in any other car,” Mauer said about the centre-positioned driver’s seat. “And when I don’t, the driver’s seat can be rotated 180 degrees—with one swivel, it turns to face the other passengers. We worked on materializing these basic ideas for about a year,”

Another stand-out feature of the van’s interior is the asymmetrical windows, with only one side of the car getting a view of the outside world, all for a very deliberate reason. “One side is closed; passengers can retreat there,” explained Auerbach. “The other side enjoys a large window bank for an unobstructed view outside. When we close the doors, the interior feels like a protective capsule.”

The other major challenge for Porsche is to be prepared for a new generation of owners, ones that have grown up on smartphones and tablets that want to be connected all the time, even when driving. This was an area of focus for UX specialist, van Hulten.

“In the past, the hunger for something new was satisfied with the purchase of the product,” van Hulten said. “Today, many young people are no longer just fascinated by the aesthetics of a product, but by the opportunities it offers them.” He added: “The questions are: Is the interior modular enough to adapt to changing circumstances even a few years after purchase? Will I be able to run updates remotely and around the clock?”

While the ‘Renndienst Study’ is just a concept for now, for van Hulten he sees it as an important step towards a sci-fi-inspired future. The UX specialist cites 1980s TV show, Knight Rider, and its automotive star – K.I.T.T. – as an inspiration for future Porsche models.

“K.I.T.T., the talking car, fascinated me,” he said. “The strong team of the protagonist and his vehicle really captured my imagination. I connected with the car because it had a soul.”