The automotive world is racing full-speed towards an electric future – or is it?

While sales of electric cars continue to rise, and there’s plenty to be excited about when it comes to these battery-powered machines, there are plenty of reasons for the industry to look for an alternative.

Not everyone will be able to afford a new EV or want to give up their internal combustion car, which is where carbon neutral synthetic fuel – otherwise known eFuel – could play a major role. Not just in the future of on-road motoring but in racing as well.

For most readers the most likely situation they’ve heard eFuels mentioned recently is around the 2026 Formula 1 engine regulations. The introduction of eFuel is one of the main reasons why Porsche has decided to return to the pinnacle of the sport.

That’s because Porsche isn’t just a believer in eFuels, it’s an investor. The German brand has taken a 12.5 per cent stake in the leading eFuels company – HIF Global. It joins fellow investors, ExxonMobil and Siemens Energy in forging ahead with this new technology in the hopes that it can extend the life of internal combustion engines and help the planet at the same time. Put simply, eFuels are a liquid fuel that is produced with renewable energy in order to ensure it’s carbon neutral.

READ MORE: Why Porsche believes eFuels are the future

More technically, HIF Global’s pilot plant in Chile, Haru Oni, uses a wind farm to extract hydrogen from water and then combines this hydrogen with carbon dioxide, which has been captured from the atmosphere. Then, using a proprietary technology, the Haru Oni plant converts this combination of hydrogen and carbon dioxide into a variety of liquid fuels, including petrol and diesel replacements.

The plan for the Haru Oni plant is to begin producing eFuels this year, approximately 130,000 litres. Production is scheduled to increase to 55 million litres in 2024 before hitting 550 million litres by 2026. 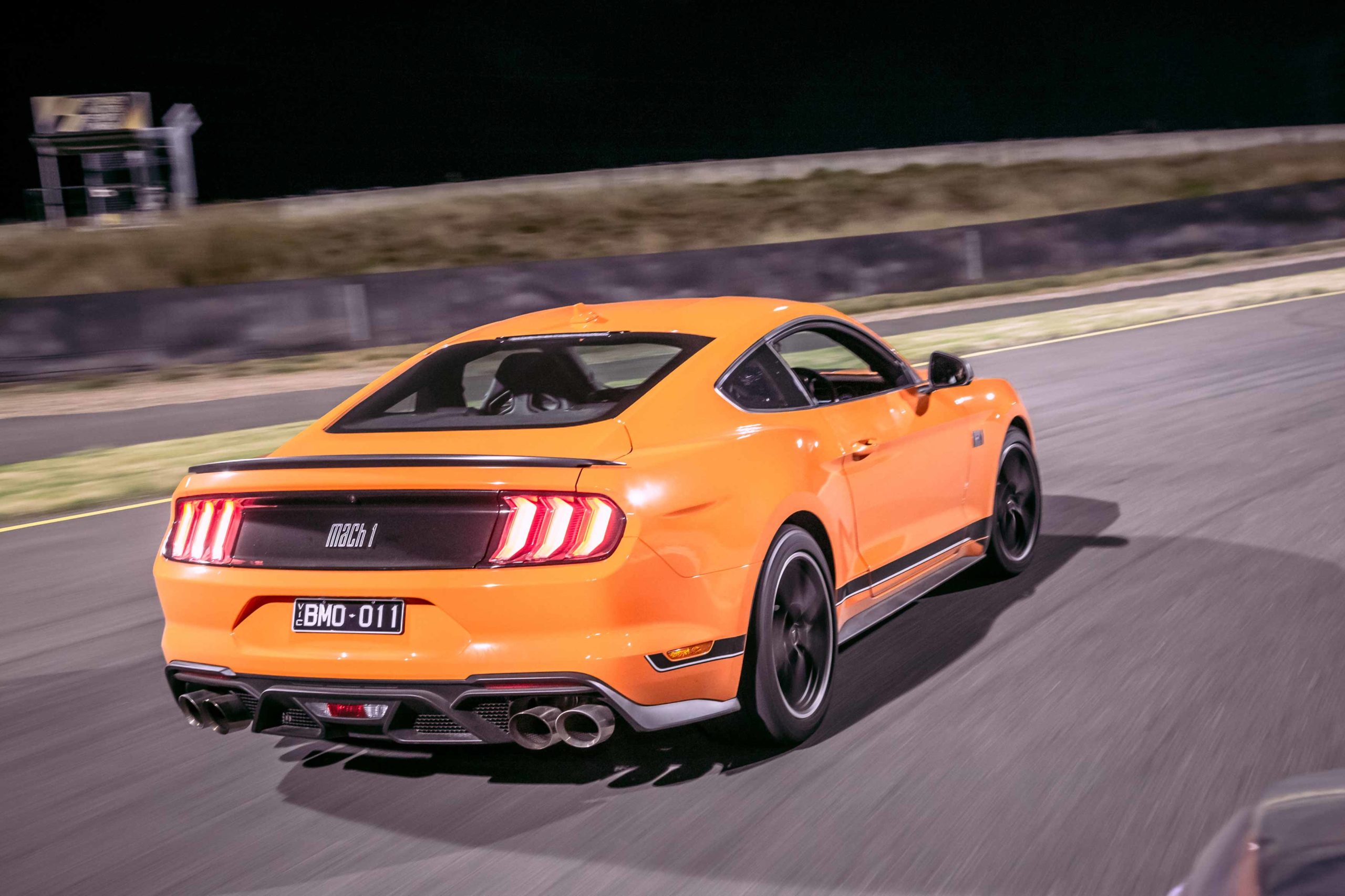 By 2026 HIF Global is aiming to have another three eFuel factories operational around the world, including in Australia. Last Friday HIF Global announced that an eFuel plant will be built in north-west Tasmania thanks to its suitability for a wind farm to provide the necessary for renewable energy.

This will be backed up by another plant in the USA and a second factory in Chile, as the need for these synthetic fuel ramps up. Construction of this Tasmanian plant is due to begin in 2024 with production set to begin by 2026.

Australia could become a great test bed for this emerging technology, thanks to our relatively low EV take-up rate and our need to travel vast distances. For Australians looking for a cleaner alternative to our current fuel but without the means or opportunity to switch to an electric car, a local supply of synthetic fuel could be the right answer at the right time.

Which brings us to one of the key areas eFuels are designed to help – transport and logistics. The trucking, maritime and aeronautical industries simply cannot switch to electric power, they are simply too big to make any rapid change and will need to continue using international combustion engines for the foreseeable future.

These industries are seen as a potentially huge market that will help drive demand for eFuels and in return accelerate the investment in the new technology and (hopefully) help drive down the price as economies-of-scale increase.

Can any car run on eFuel? 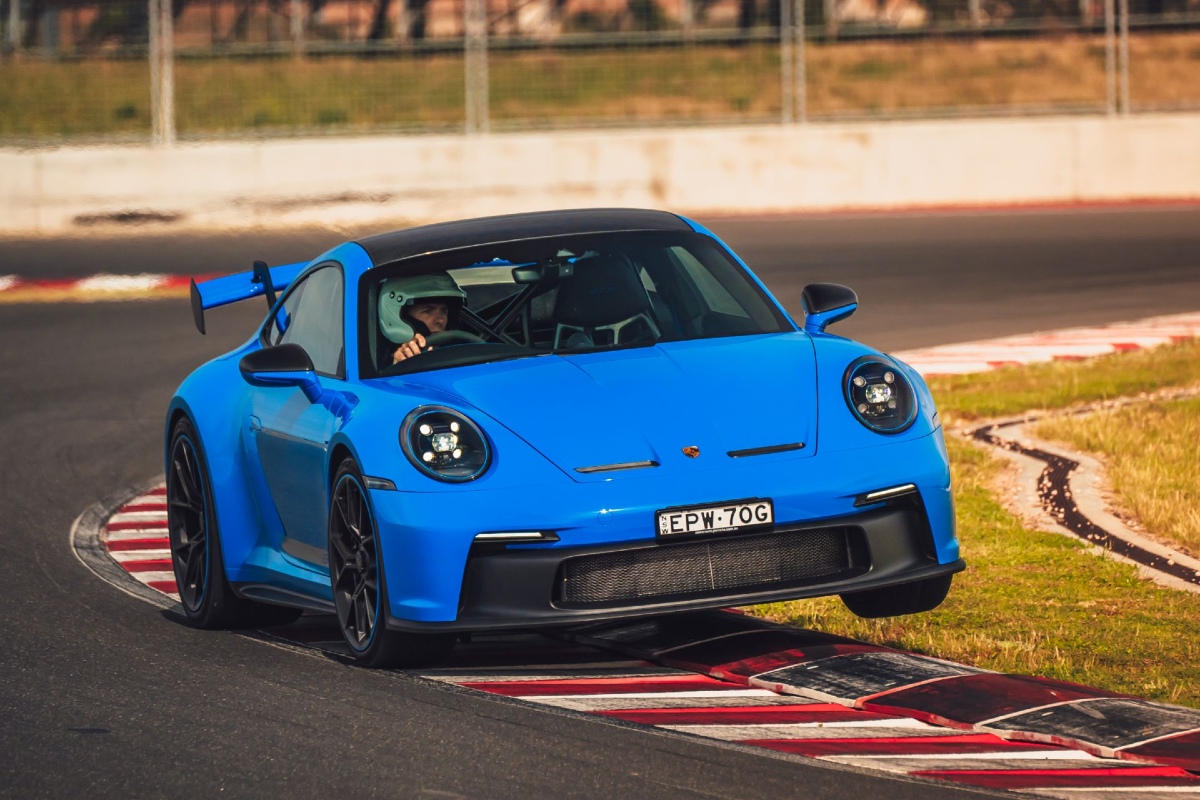 According to the team at Porsche, which has the most experience with these new fuels, the answer is yes. The company claims the engines require no modifications and the synthetic fuel can simply be used instead of conventional petroleum.

In fact, Porsche has made no secret that it sees the development of eFuels as crucial to the survival of its flat-six-powered 911. While an electric version of the smaller 718 sports car is all-but-confirmed, Porsche wants the 911 to remain powered by an internal combustion engine for as long as possible.

Andreas Preuninger, who oversees all Porsche GT cars, explained that eFuels may also provide more power thanks to being more energy efficient.

“That’s why we do it,” Preuninger told Australian journalists during an interview in February 2021. “We are a strong believer in synthetic fuels, I mean you can even make more power with those and it’s cleaner.”

However, while Porsche has selfish reasons for its investment, Pruninger said the potential for eFuels is far greater than just the German brand. He explained that expecting the entire world to switch from internal combustion to electric power seemingly overnight is just not possible and will likely take decades.

“Right now, it’s a little bit, or a lot more expensive, but the more you spend money developing the process the better and lower the costs will be at the end,” Pruninger said.

“We have to concentrate on doing something like this, because look at all the cars with a combustion engine out there, you can’t switch them off one day to another and all go electric.

“We have to do both… The cars you buy now should run in 20 years so there should be a way you can operate these cars with a lot less emissions. This would help us a lot to keep combustion engines alive, especially for a 911 and specialty cars like GT cars.”

How eFuels will re-shape motor racing In theory, eFuels would allow Supercars and its next-generation Chevrolet Camaro (picture) and Ford Mustang to switch to carbon neutral fuel without any major technical changes

While Formula E, Extreme E and ETCR have started motorsports down an electric path, the reality is the majority of the sport remains petrol-powered. The idea of categories such as Supercars, NASCAR or even F1 going all-electric seems both unlikely and unappealing for any enthusiast.

Which is where eFuels can step up and play a role. Motor racing can, once again, be used as a rolling advertisement to promote a new technology and gain wider knowledge and acceptance.

It’s already seemingly been a success, with Porsche and sister-brand Audi set to join the sport when it makes the switch to carbon neutral fuel.

Supercars’ new owners should be following this new development, especially the new Tasmanian factory, with particular interest. Switching to an Australian-made fuel that can power its V8 engines while being carbon neutral seems like a win-win-win.

While eFuel has clear environmental benefits its biggest plus could be the ease of which it will allow motorists to switch their existing car to a carbon neutral alternative. Motorsport, be it F1, Supercars, NASCAR or others, can help ram home this message by using eFuels.

There’s no question that in the future the roads will be a mix of electric, petrol, diesel and even hydrogen fueled vehicles, but eFuels have emerged with the potential to play a major role in that future. And Australia has a chance to lead the world, on and off the racetrack.