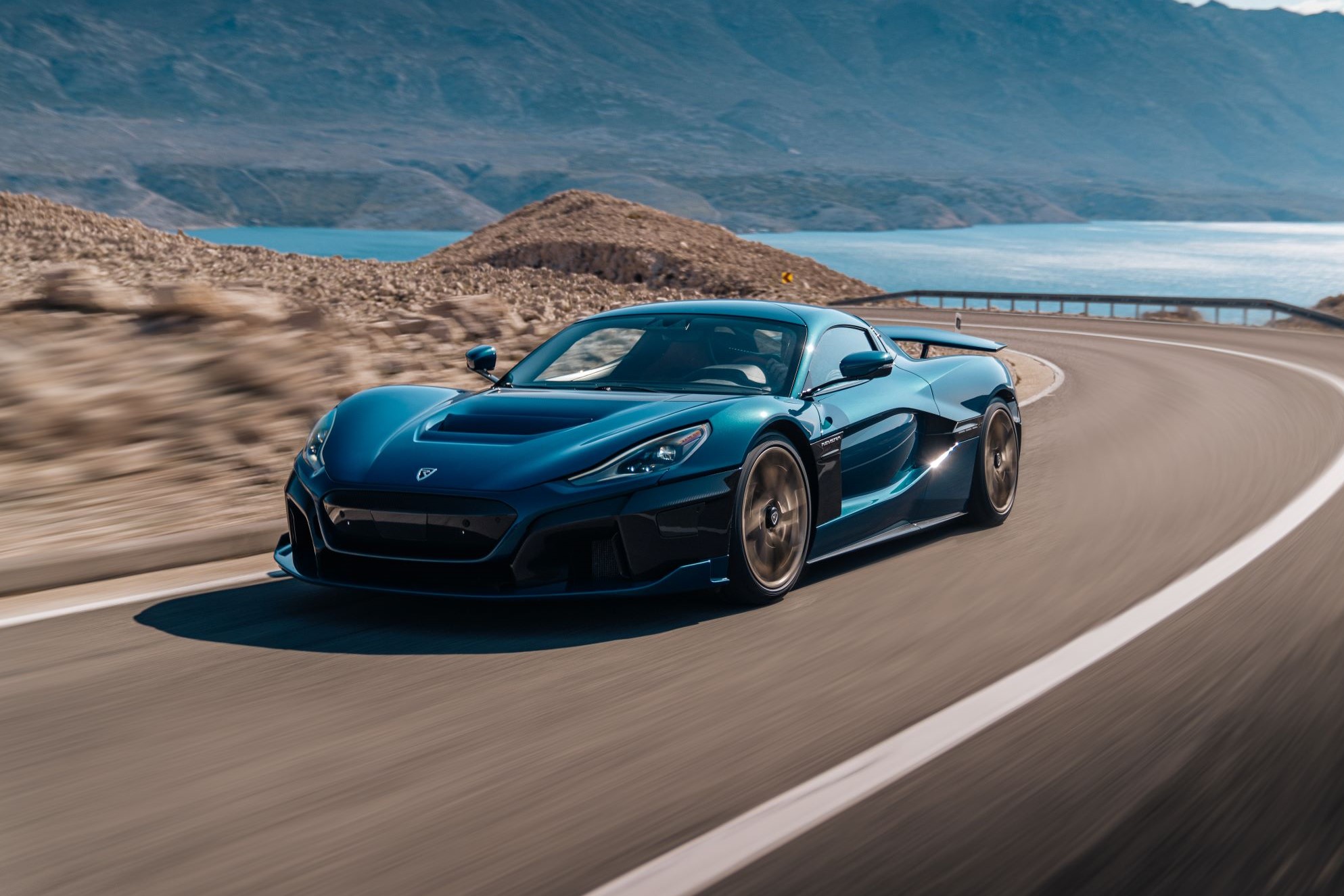 The Rimac Nevera is the world’s fastest production electric car

No engine, no problem.

The all-electric Rimac Nevera has cemented its place as one of the world’s fastest hypercars, hitting a whopping 412km/h top speed. The Croatian machine isn’t the outright fastest, with the Bugatti Chiron Super Sport hitting more than 480km/h.

But given its all-electric powertrain it’s an impressive achievement for the emerging brand – which is now officially known as Bugatti-Rimac and under the leadership of Porsche.

Check out the video below of the Nevera being unleashed on a high-speed test track.