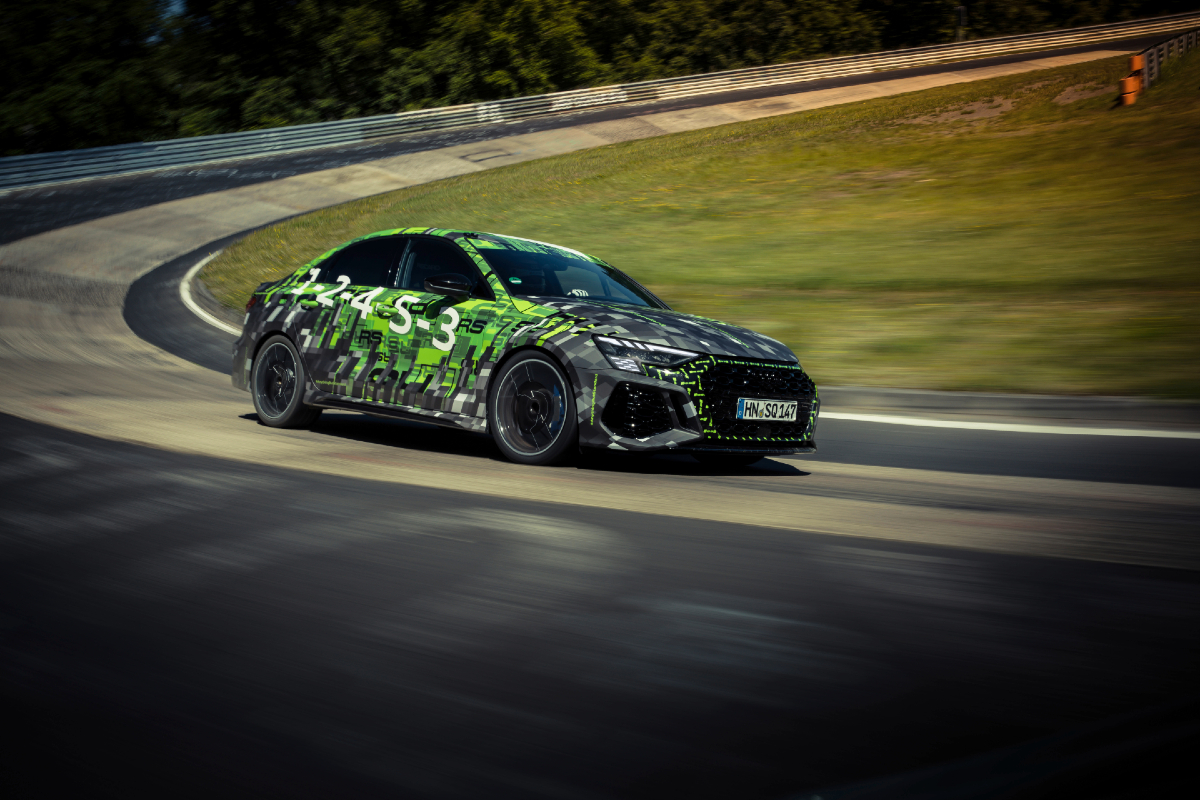 Audi means business with its all-new RS3 Sedan. It has more power, a drift mode and now the Nurburgring Nordschleife lap record for a hot hatch.

Veteran Audi Sport racer Frank Stippler guided the new high-performance sedan around the 20km circuit in 7m40s to beat the previous record, held by the Renault Megane RS Trophy R, by 4.6 seconds. To put the lap time into context, it should be noted that the Renault was front-wheel drive, but a special edition model that was more than 100kg lighter than the standard model.

The new RS3 Sedan and Sportback (aka hatch) were revealed in July, boasting an improved version of the brand’s famous 2.5-litre five-cylinder turbocharged engine. It now makes 298kW of power and 500Nm of torque, driven through the revolutionary new ‘torque splitter’ that replaces the previous model’s Haldex all-wheel drive system. 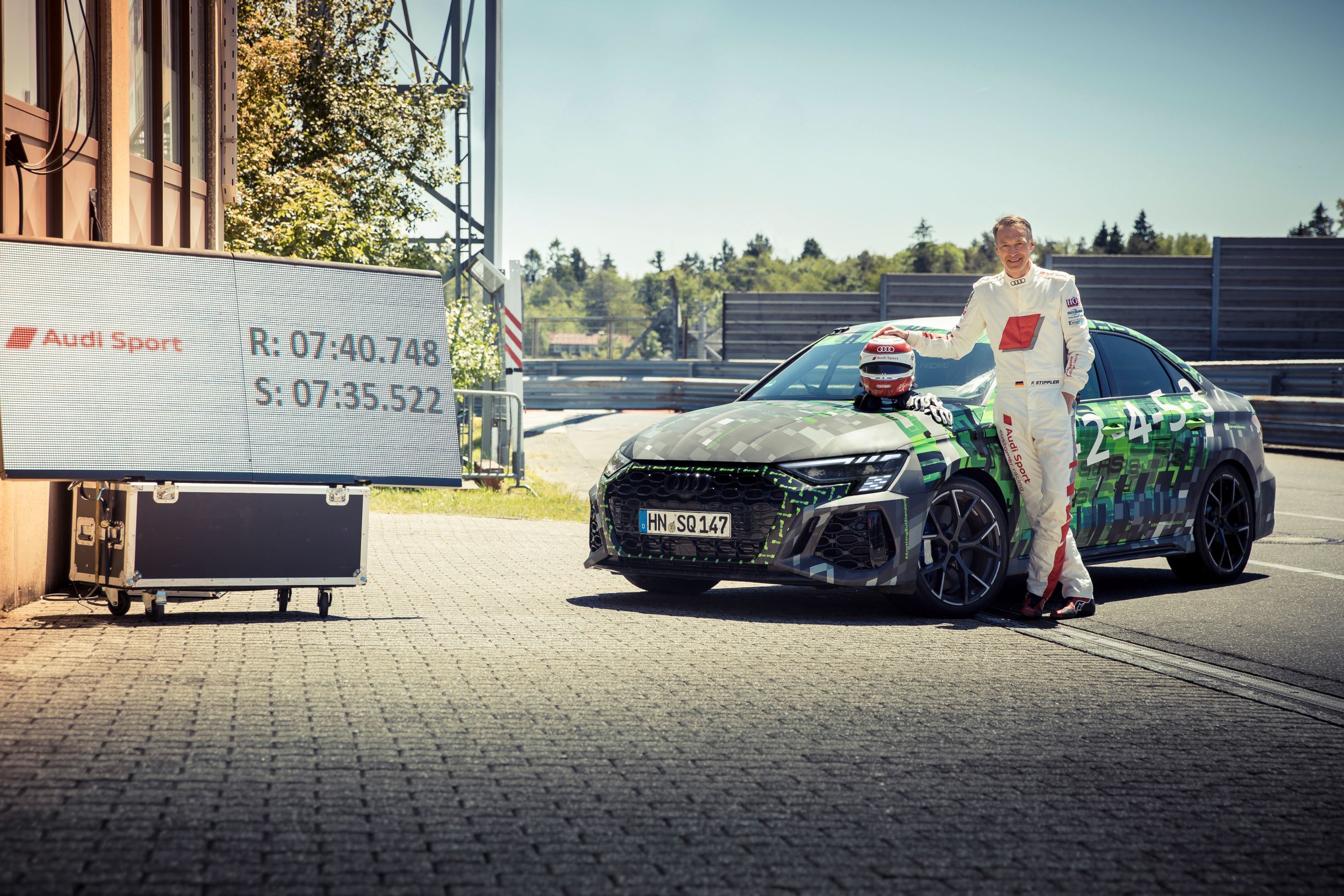 The torque splitter, in simple terms, is a pair of multi-disc clutches on each rear driveshaft which the company claims allows for active and fully variable torque vectoring between the rear wheels, therefore allowing more drive to be sent to the outside rear wheel when cornering, which in turn helps reduce understeer.

It also now comes with the option of Pirelli P Zero Trofeo R semi-slick track tyres for the first time, as well as optional carbon ceramic brakes. All these items were fitted to the RS3 Stippler drove, and unsurprisingly the Audi factory driver believed these new elements were the key to the car’s new record time.

“In general, the new RS3 is much more agile when driving from the middle of the curve to its end and when accelerating out of the curve,” Stippler said. “For me, the torque splitter is a quantum leap in terms of agile driving.”

Check out Stippler’s lap in full below.