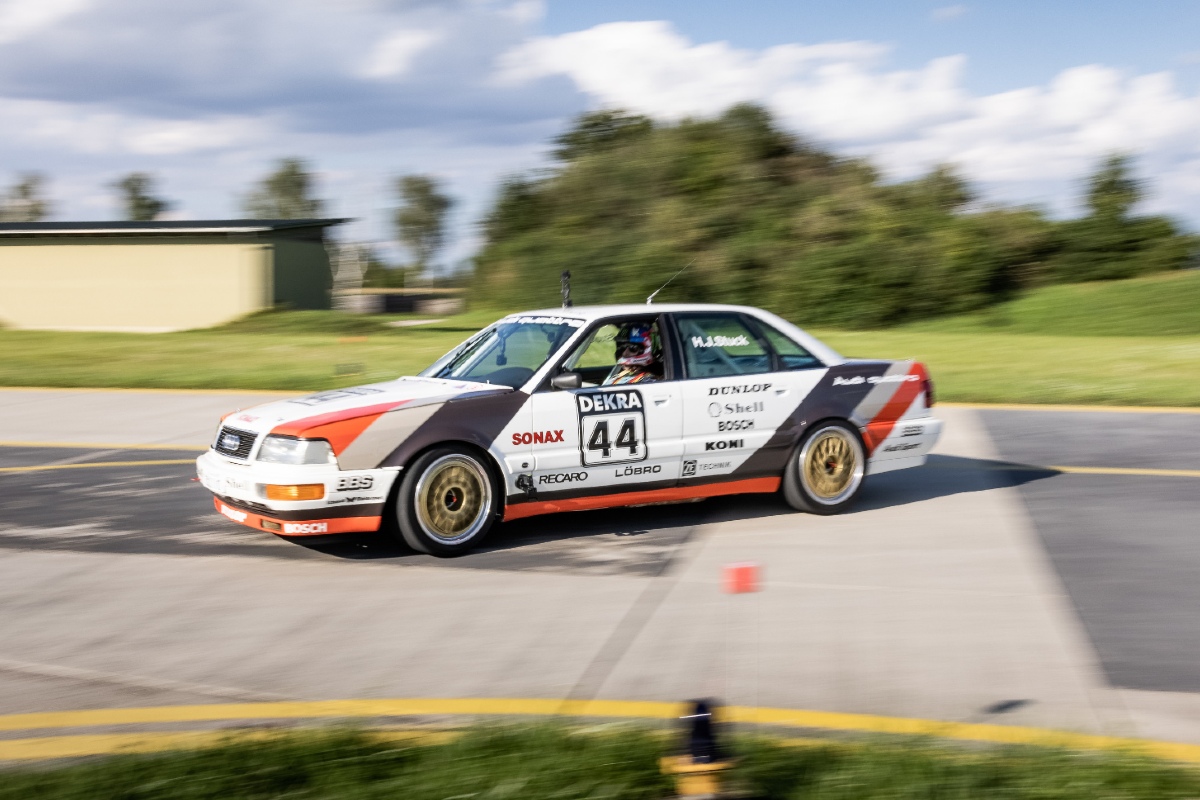 Ken Block is fully embracing his new deal with Audi – and why not because the German brand is letting him loose in some of its most exciting cars.

The American has released a series of videos to celebrate joining Audi, we’ve previously shown you the video of his tour of the museum, but now Block has been given a behind-the-scenes tour of Audi’s collection of motorsport classics and been allowed to drive some of them.

In his first installment Block is able to indulge his passion for rally cars, driving Audi’s iconic Group B Sport Quattro. He also becomes one of just six people to have driven the little-known successor to the Group B rally cars, Audi’s Group S prototype.

In the second video Block and his team head back to the museum and the test track to sample Audi’s past and future. After a look at the German brand’s IMSA Trans-Am cars from the 1980s and a rare glimpse of the company’s still-born ‘90s Class One DTM car, Block goes back on track.

This time he gets to sample Hans-Joachim Stuck’s high-revving DTM 1990 championship winner and sample the brand’s electric future, getting behind the wheel of the e-tron Vision Gran Turismo concept. It’s an early taste of what we can expect from Block and Audi, as the pair team up for the next installment in his Gymkhana franchise – dubbed Electrikhana.

Check out the videos here – even if you’re not a Block fan, the sound of these classic Audi racers is worth your viewing time, from the snarling five-cylinder turbo in the Sport Quattro to the screaming V8 of the DTM racer.