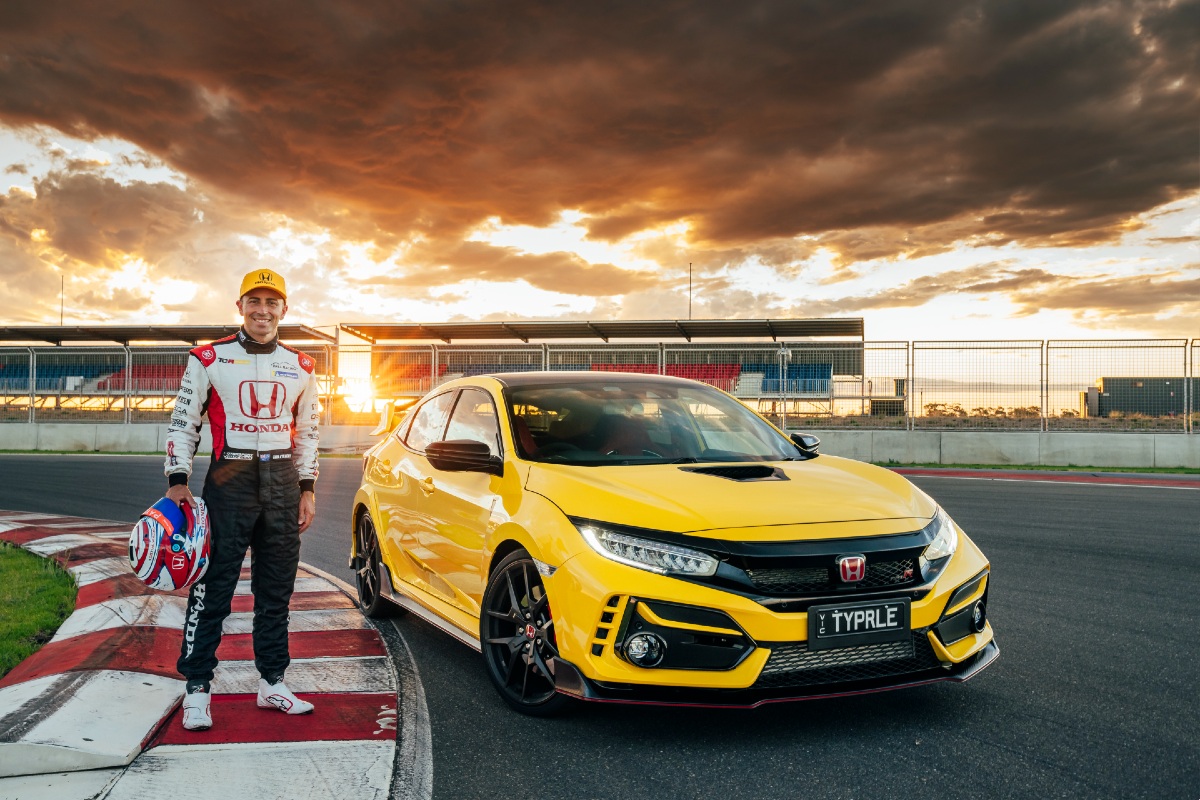 The DJR endurance regular set a new front-wheel drive benchmark at the South Australian circuit, lapping in 2:12.26 seconds, lowering the previous best lap by more than two seconds; which was actually set by D’Alberto in the regular Civic Type R.

“Both cars performed brilliantly on track, with the strengths of the Civic Type R package giving me plenty of confidence to push hard and really go for a quick lap time,” said D’Alberto, who will line-up in the TCR version of the Type R this weekend at Symmons Plains.

“They were both really consistent as well, which is exactly what you want when you’re trying to find those last few fractions of a second on a lap record run.

“At a circuit like The Bend, with its fast and flowing sections, you need good aero performance and stability to be able to attack the corners and carry speed, particularly through the back portion of the track.”

The Civic Type R Limited Edition was launched in 2021, but with coronavirus-induced travel restrictions Honda hadn’t been able to head to The Bend to attempt the record run.

Honda Australia director, Stephen Collins, was understandly proud of the achievement of the Type R Limited Edition – with The Bend record joining similar runs at the Nurburgring, Suzuka and Mt Panorama; the latter with former F1 world champion, Jenson Button.

The new-generation Civic Type R is due to be revealed by the end of 2022 – and will likely lower the benchmark at The Bend when it arrives down under in 2023.

Check out the on-board view D’Alberto’s lap below.