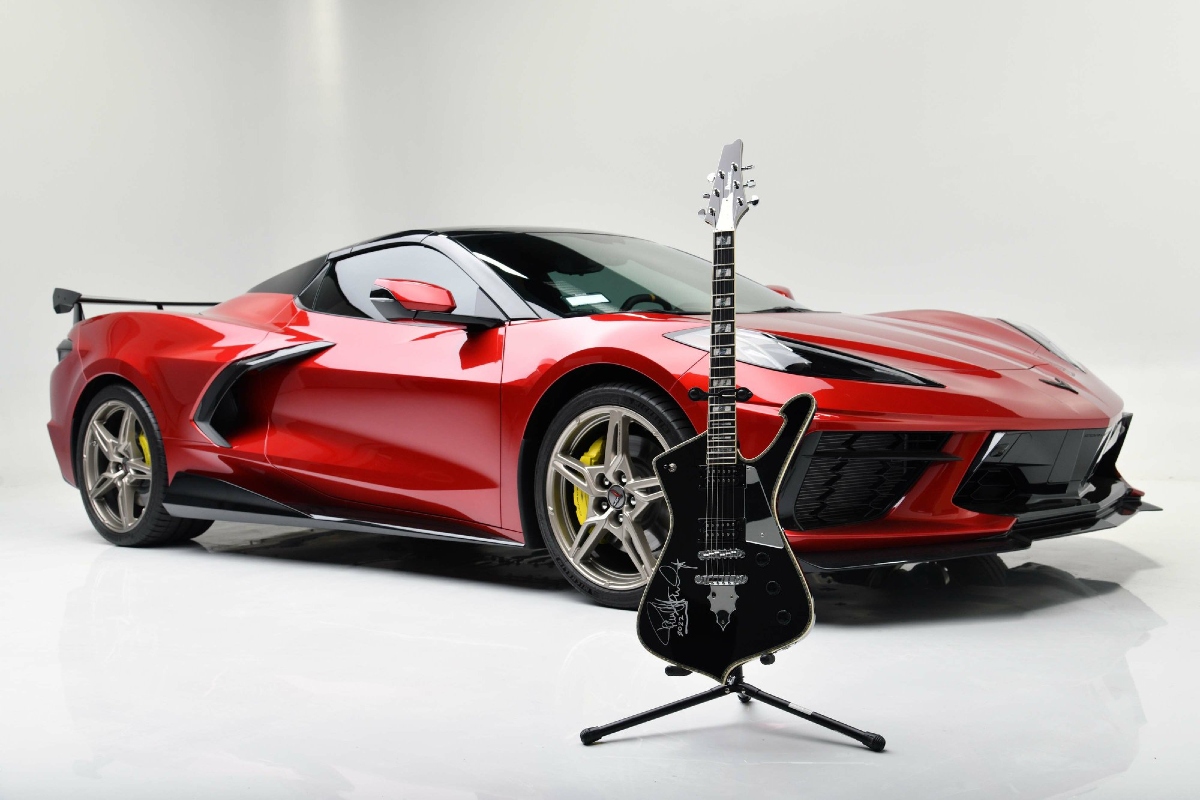 The rock legend is auctioning his customised Corvette drop-top at the upcoming Barrett-Jackson event in Las Vegas that begins on June 30. In addition to the car the new owner will also get an autographed Ibanez PS120 Paul Stanley Signature guitar.

This isn’t just a marketing stunt either, Stanley was personally involved in selecting each element of the car’s finished look. He even enlisted the help of General Motors president (and former Holden chairman) Mark Reuss and Corvette product marketing manager, Harlan Charles, to ensure the look was just right.

The metallic red paint is the same shade he used for a previous Chevrolet build he oversaw for the SEMA Show several years ago.

“I would rather draw attention from being understated than overstated; that’s just my preference,” Stanley said.

So why sell it if he made it to special order? Well, Stanley wants it to go to someone who will really appreciate it for what it is, because this is actually the Corvette Convertible VIN001, making it the first off the production line.

“I want to make it available to somebody who might be able to get more out of it, whether it’s to add to a collection or to drive it,” Stanley explained.

He added: “I want somebody to take this car and do whatever makes them happy with it, to enjoy it. That’s really the keyword, I think, for any collector of anything — joy. And for me, my life has always been about the joy I can bring to other people. So here’s a car and a guitar. Go enjoy.”

The fact that this is build number one makes NASCAR team boss Rick Hendrick the red-hot favourite to buy it. While it’s not clear if he’s a Kiss fan, he has a vast collection of Chevrolet models, specifically the first production built examples. Earlier this month he spent US$1m buying the first production Corvette Convertible Z06.