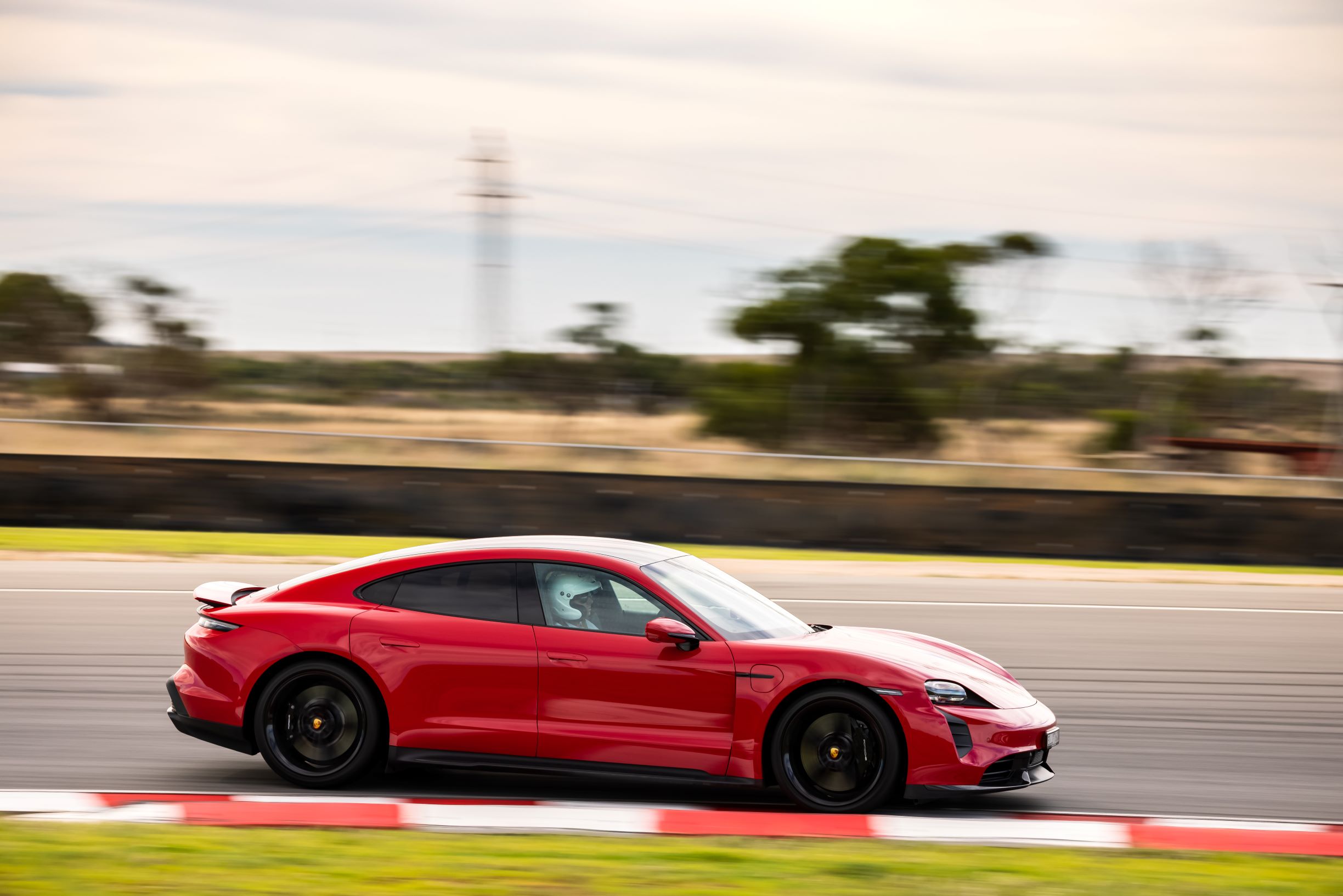 The Porsche Taycan Turbo S on track at The Bend

Former Bathurst 1000 winner Luke Youlden has claimed a new lap record at The Bend Motorsport Park – without using a drop of petrol.

The Supercars co-driver and Porsche chief driving instructor set a new record for an electric vehicle (EV) at the South Australian track, driving the German brand’s new Taycan Turbo S. Youlden lapped the full 7.7km circuit (which is the second longest permanent track in the world, behind only the Nurburgring Nordschleife) in a time of 3:30.34. That compares to the 3:22.06 lap Youlden set on the same day in the Porsche 911 Turbo sports car, making the achievement of the four-door electric Taycan even more impressive.

“The lap time of the Taycan just absolutely blew me away,” Youlden said. “You drive it in a similar way to any other Porsche sports car. The turn-in, handling and acceleration were outstanding. The power out of the corners is definitely where it makes up a lot of time.”

Check out the full lap on-board with Youlden below.