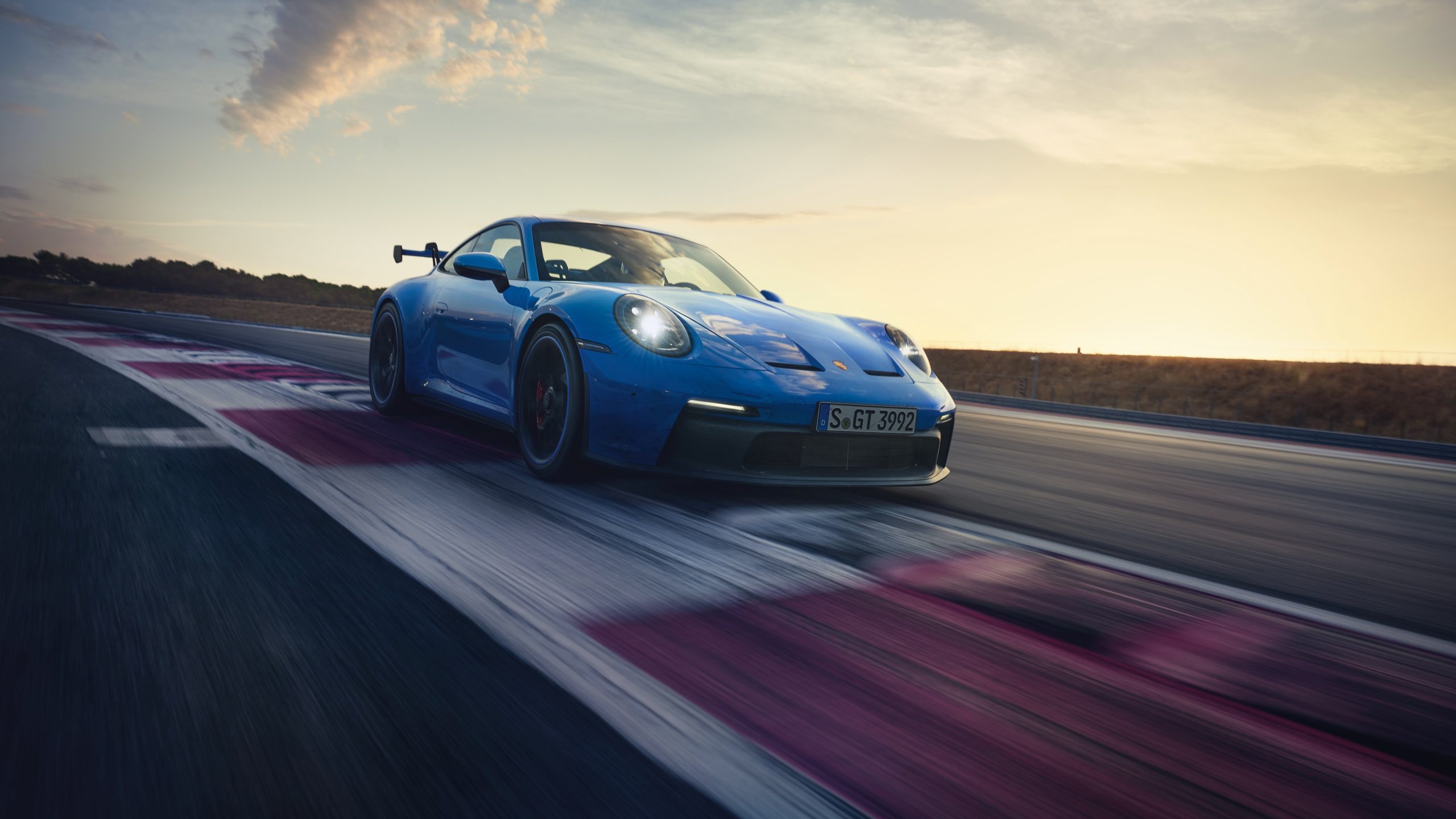 Porsche has released the on-board video of its new Porsche 911 GT3 lapping the Nurburgring – and it’s a heck of a ride.

Porsche test and development driver Lars Kern is the pilot for this high-speed ride around Germany’s intimidating Nurburgring Nordschleife, which has become the unofficial benchmark for performance cars bragging rights. As we reported last week, the new 911 GT3 smashed the old model by a whopping 17 seconds, lapping the 20km track in just 6:59.92 seconds.

Porsche claims the car used in the video is in production specification, aside from some safety items such as the carbon fibre seat and harness. The company also revealed it was running on Michelin Pilot Sport Cup 2 R tyres for the timed lap. The new 911 GT3 is powered by a 4.0-litre flat-six that Porsche claims is almost identical to what powers the Carrera Cup-spec 911 GT3 Cup. It makes 375kW of power and 470Nm of torque in the road car. It’s available with a six-speed manual gearbox, but Kerns uses the optional seven-speed dual-clutch transmission, with steering wheel-mounted paddle shifters, for his record lap.

The biggest reason for the performance upgrade over the old GT3 isn’t power, it’s handling. The new car features aerodynamic elements inspired by the 911 RSR racing machine and gets new suspension, four-wheel steering and bigger brakes.

Kerns wasn’t the only Porsche ace to get behind the wheel of the new car around the Nurburgring during its development. Porsche drafted in veteran racer and now brand ambassador, Jorg Bergmeister to put it to the test and he declared the new machine “by far the best production car” he’d driven around the Nordschleife.

Check out the video here: