The Porsche Taycan has been a long time coming. The German brand revealed its all-new electric sports sedan way back in September 2019, and some customers have been waiting since then to get their hands on their own.

So, to keep these patient people happy, Porsche organised for an early sample of the new model – with a special guest. As you’ll see in the video, former Porsche Le Mans and F1 star Mark Webber rocked up to surprise three Taycan customers with an early taste of the new machine.

As you can read in our Porsche Taycan Turbo review here, it’s a car worth waiting for. With 460kW of power and more than 1000Nm of torque, the Taycan Turbo S can launch 0-100km/h in just 2.8 seconds but also run more than 400km on a single charge.

“Configuring a car like the Taycan isn’t a difficult thing to get right. It’s a super-clean looking car already, so I’ve kept it very understated with Dolomite Silver. I’m actually extremely traditional and conservative when it comes to colours,” says Webber, whose choice mix cutting edge aesthetics with a dose of luxury.

Webber has also worked with Porsche to come up with his own ideal Taycan specification. He has opted, unsurprisngly, for a the range-topping Turbo S model and finished it with a sophistcated silver finish and 21-inch wheels. But he’s also added a few extras. 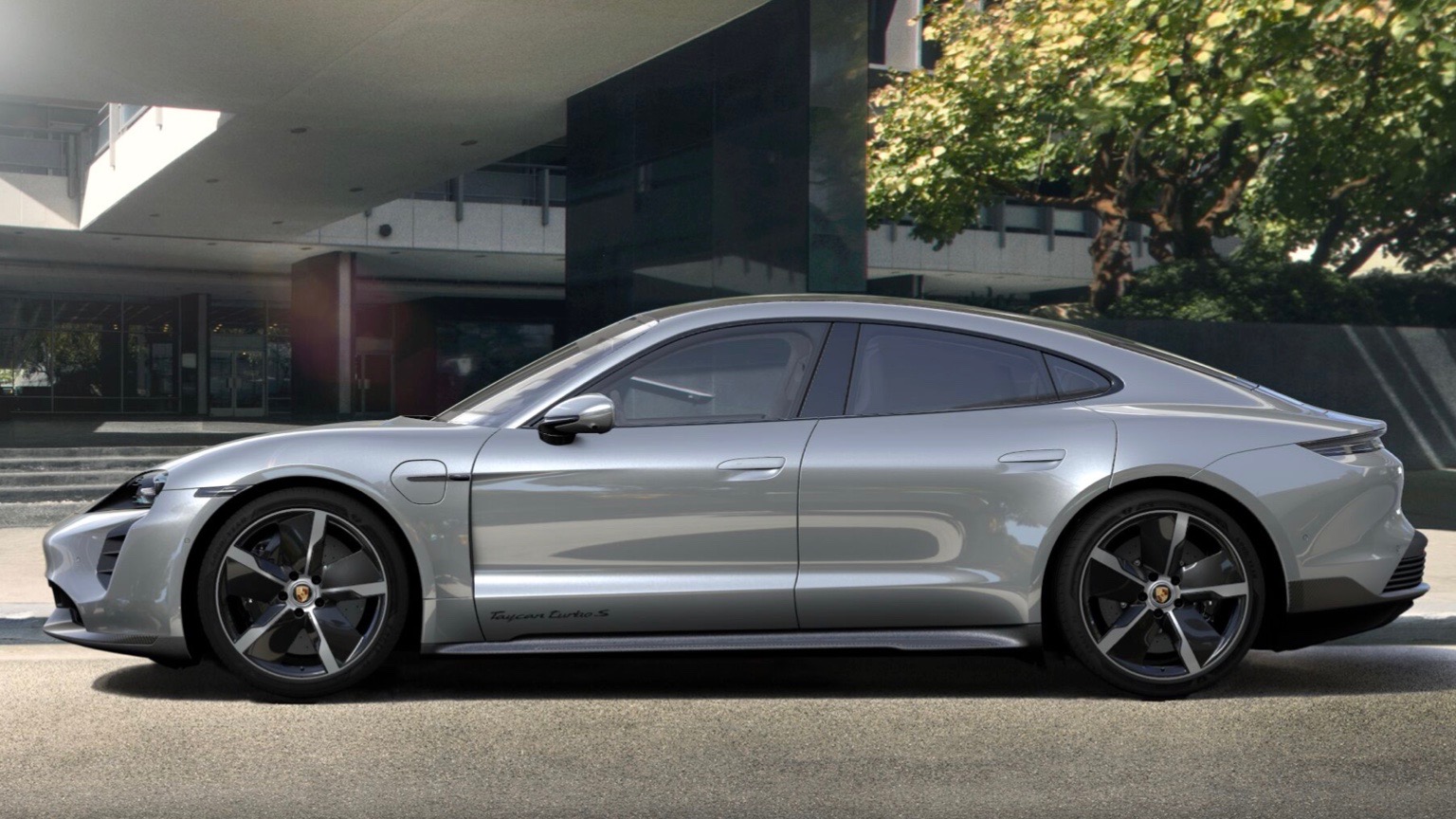 “Configuring a car like the Taycan isn’t a difficult thing to get right,” Webber said. “It’s a super-clean looking car already, so I’ve kept it very understated with Dolomite Silver. I’m actually extremely traditional and conservative when it comes to colours.

“In terms of the big-ticket options, the first box ticked for me was the Carbon SportDesign Package. I haven’t actually seen this in the metal before, but it gives the front a very different feel, which is cool. And I love a panoramic roof. All that glass really tops it off, inside or out.”

He added: “It’s a personal thing of course, but I think you can do a horrendous job with the wheels if you’re not careful,” Webber said. “The blades on these 21-inch Taycan Exclusive options look so sharp in black though, especially against the exterior paint. And I’ve opted to finish the brake callipers in black too. It’s a little detail, but makes all the difference.” 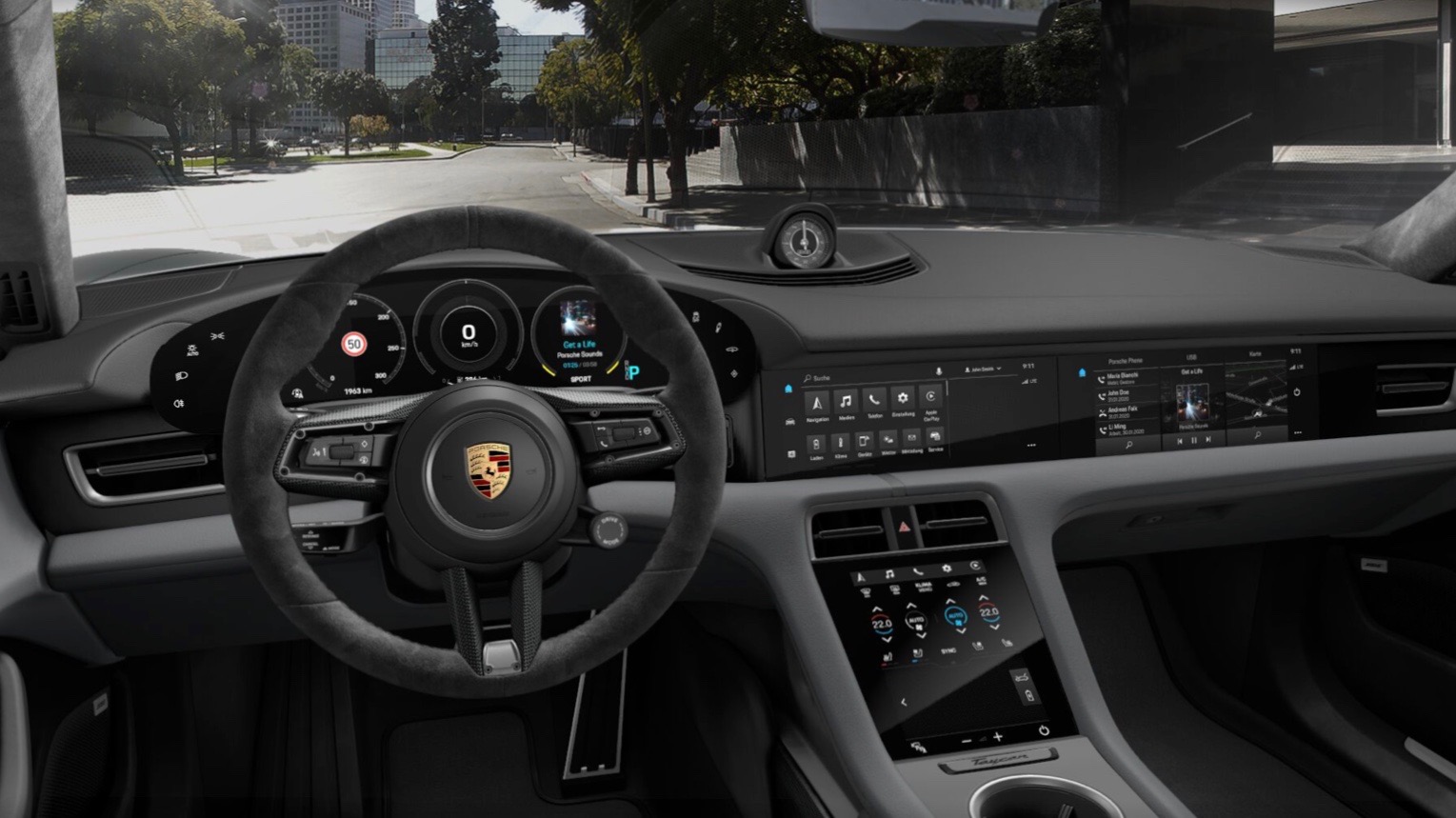 Webber likes plenty of Alcantara inside his Porsches

Inside Webber sticks with his stylish silver and black colour scheme but insists on plenty of racing-style Alcantara for a sporty touch.

“I do everyone’s head in at Porsche,” Webber said. “Maybe it’s great memories of motorsport, but Alcantara to me says ‘fast’. It does get a bit warm in hotter environments, but that’s why I’ve also opted for the cooling seats.”

“Whenever Porsche gives you the option of putting the cherry on the cake in terms of dynamics, it’s something I’ll always do,” he said. “But there’s not much else I need. For my money, this is the ideal Taycan.”