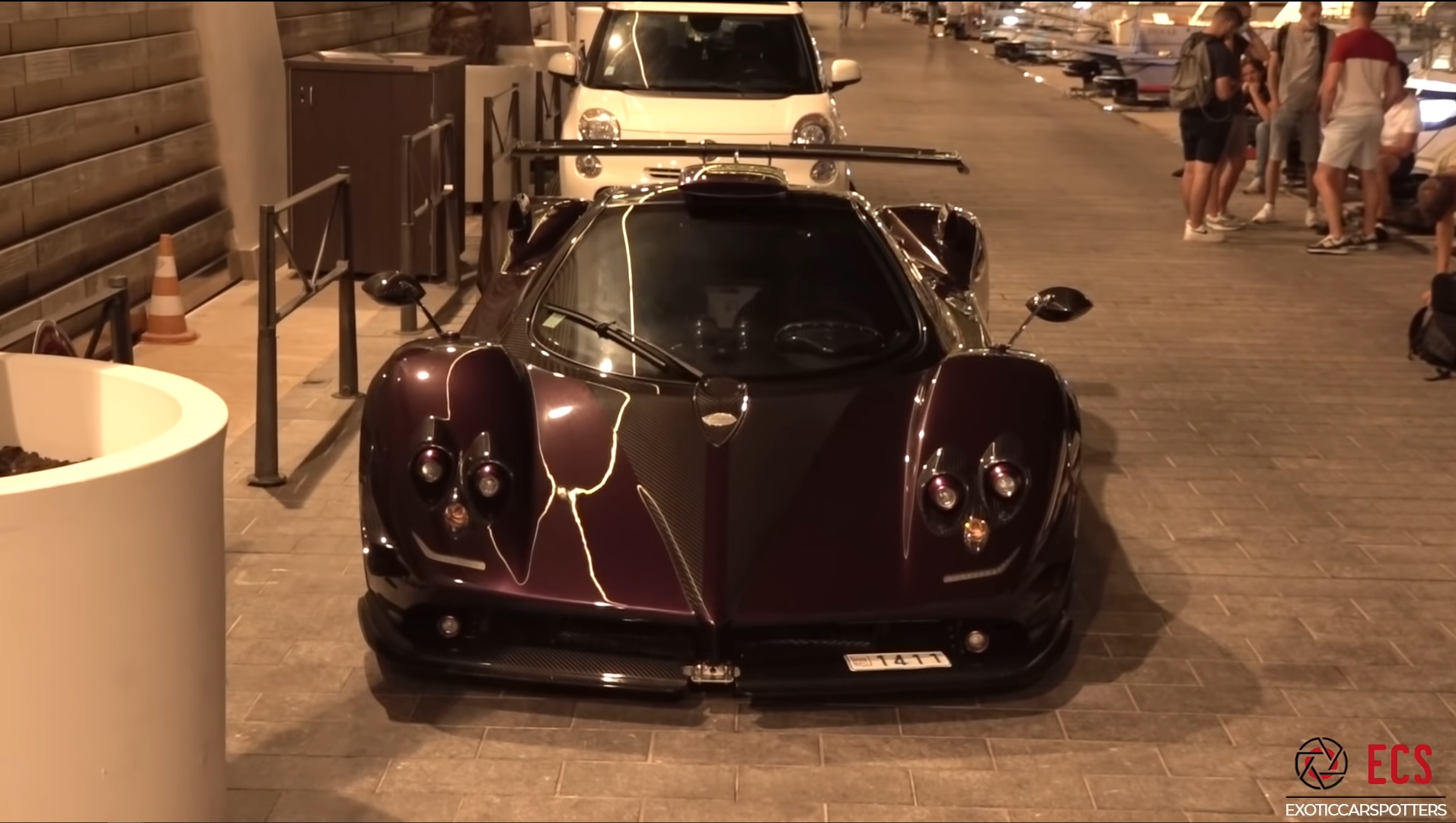 Sir Lewis Hamiton has one of the world’s most enviable car collections. The seven-time world champion reportedly owns a Ferrari LaFerrari, McLaren P1, Shelby Cobra 427 and has a Mercedes-AMG One on order.

But, by far, the most famous car in his garage is his purple Pagani Zonda 760LH, this custom-built Italian hypercar is powered by a 7.3-litre Mercedes V12 and features a manual transmission. And it was in this car the F1 star was spotted in Monaco last week, reportedly heading home after having dinner with movie star Samuel L Jackson; as you do when you’re a super-famous celebrity like Hamilton.

This video posted by ‘ExoticCarSpotters’ on YouTube shows Hamilton climbing aboard his anything-but-subtle Pagani and heading around the streets of Monaco. The sound of the engine through the principalities tunnels is every bit as good as you’d expect from an AMG-built V12.

The awkward thing about this situation is Hamilton told Reuters last year he no longer drove his petrol-powered cars, in a bid to reduce his carbon footprint.

“Some of it’s education because not everyone knows the footprint that our sport currently has and what we’re doing in terms of trying to improve that. But I’m making a lot of changes in my personal life,” Hamilton explained about his decision to invest in a cleaner lifestyle.

“I don’t drive any of the cars that I own any more. I only drive my [Mercedes] EQC [electric SUV].”

While it may seem like Hamilton has changed his mind, given the tight confines of Monaco he probably didn’t drive it very far. Plus, who can blame him for driving a car as stunning as the Pagani.