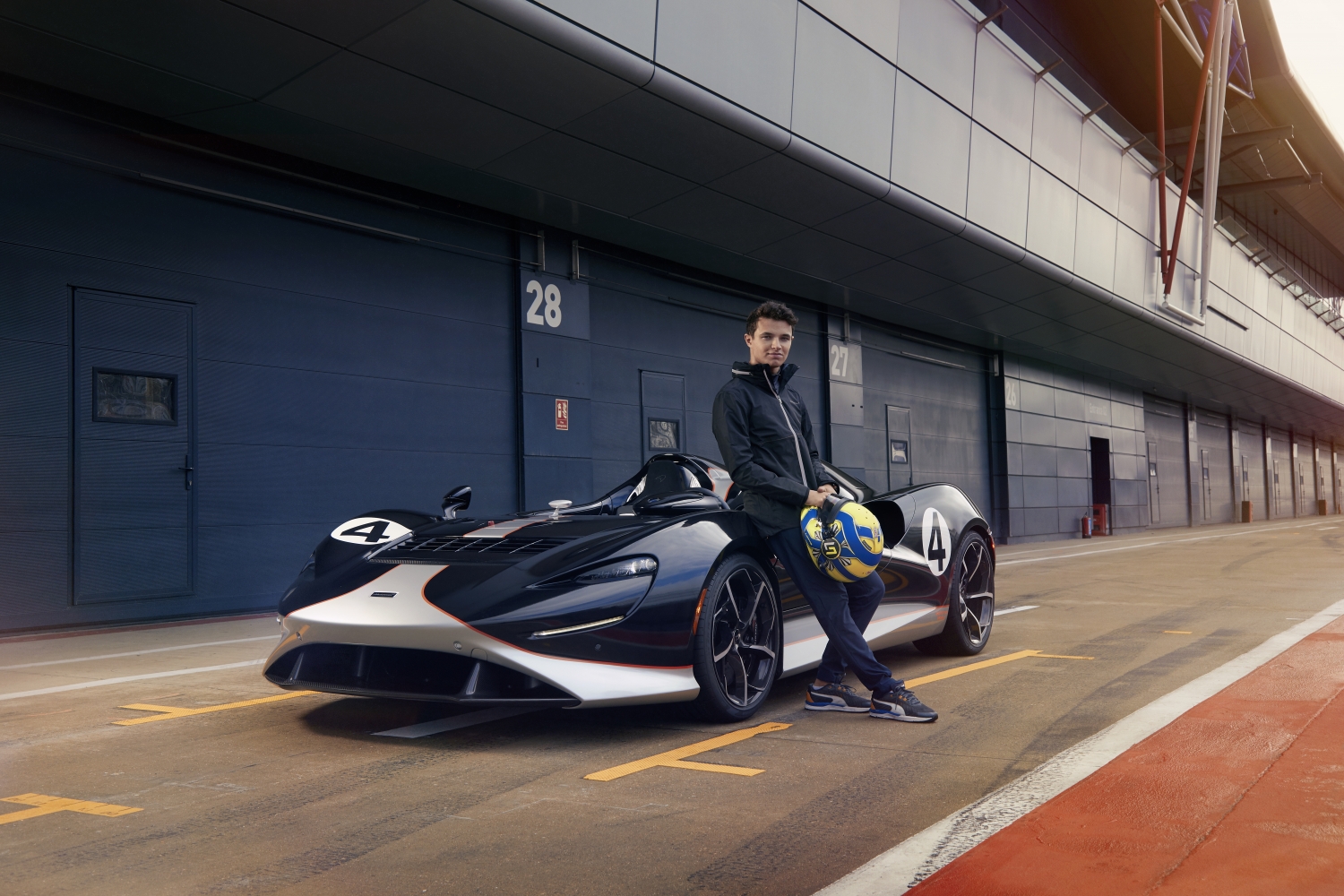 Lando Norris poses with the McLaren Elva at Silverstone

READ MORE: Get all the key details of the new McLaren Elva

For those unfamiliar, the Elva is a tribute to the sports cars built by Bruce McLaren in the 1960s. As such it doesn’t feature a windscreen, instead relying on a complex air management system that’s meant to channel air over the top of the occupants.

Check out Lando Norris behind the wheel:

Norris gets behind the wheel of the lightest McLaren road car yet produced at Silverstone. After some apparent trouble with his script (Norris tries his best at acting) the rising star is let loose in the twin-turbocharged roadster around the home of the British Grand Prix.

The second video involves no acting and instead is just pure action as Brack takes the Elva around the Goodwood circuit. The 1999 Indy Racing League champion knows his way around the car because he’s McLaren’s chief test driver.

Ride around Goodwood with Brack here:

Brack has been working with McLaren since 2015 but has been its primary tester since 2018, when he replaced Aston Martin-bound Chris Goodwin. The Swede was involved in the development of both the 720S and Senna before taking the official role.

McLaren originally planned to build 399 but cut that to 249 in April before finally committing to building no more than 149; assuming that many buyers for the $2.6m machine can be found.

Officially McLaren says part and production restrictions are behind the dramatic reduction in build numbers.