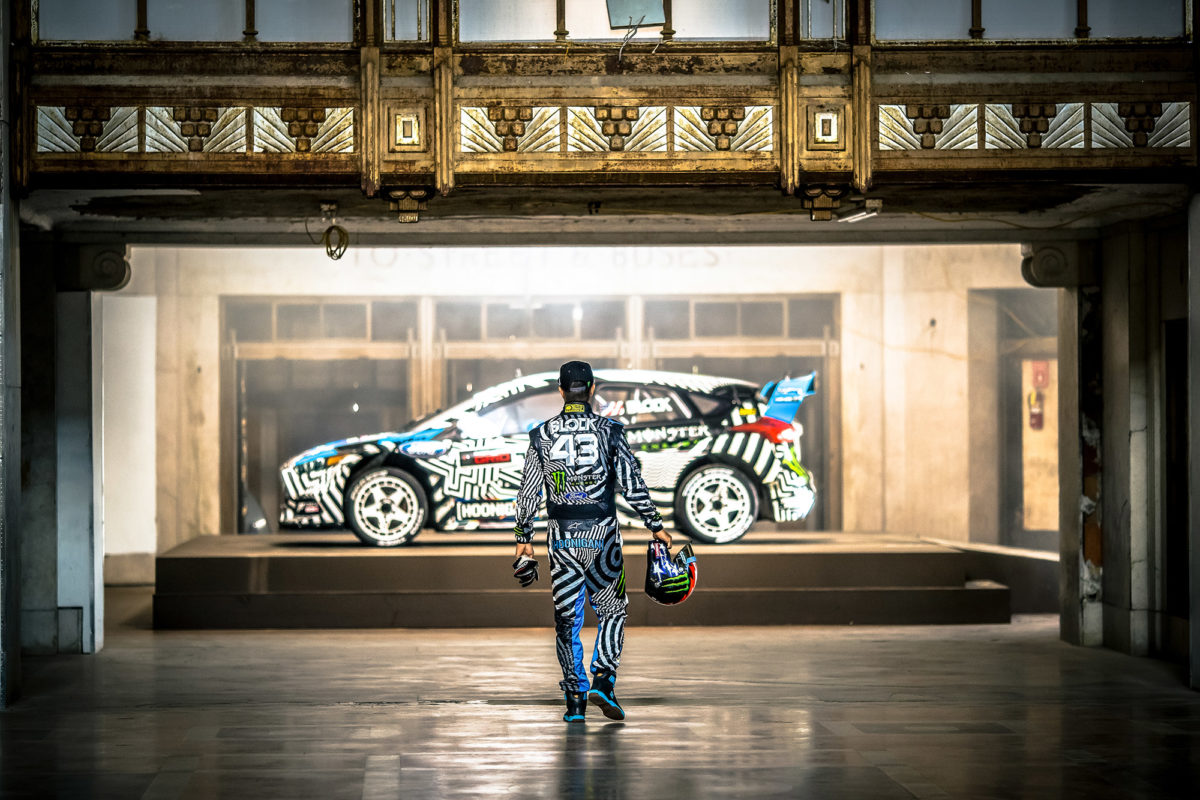 The Gymkhana franchise is arguably the most popular automotive series on YouTube with hundreds of millions of views and a culture impact unmatched by anything similar.
Here you’ll find each one of Block’s Gymkhana films plus his equally memorable Climbkhana and Electrikhana so you can remember him at his finest.

The first installment was raw, simple and utterly brilliant. You don’t quite know what it’s all about until the first drift – and then you can’t take your eyes off it. There was simply nothing like it at the time, with Block using lessons learnt during his time co-founding DC Shoes to take elements of skateboarding and snowboarding videos and applying them into an automotive setting. In seems like an obvious idea now, but it took a creative mind to unlock its potential.

Block had a new car for his second video (but still a Subaru WRX STI) and a bigger budget as DC Shoes was happy to help fund a more spectacular sequel after the runaway success of the first.

Things stepped up another level for the third video, which was actually split into two parts. The first was a pseudo-music video that featured the merchandise DC Shoes had made around his now-iconic ‘drip livery’, but the second was this spectacular run around the Montlhéry circuit in France. It was also the first Gymkhana film to feature Block behind the wheel of a Ford, as part of his new partnership with the blue oval. This particular car was a rallycross racer converted to become a movie star.

Block had some fun with this one, driving his custom Ford Fiesta ‘Hybrid Function Hoon Vehicle’ around the Universal Studios backlots to perform some truly spectacular stunts. The Hybrid Function Hoon Vehicle was his attempt to build one car that could do everything he enjoyed – Gymkhana, rallycross and stage rally – with only limited modifications.

This is where things took a turn. The Gymkhana series was already immensely successful by this 2012 installment, but Block and his team turned everything up to 11. In a decade the video has amassed a staggering 114 million views, but that’s not surprising when it begins with him doing a rally-style launch across the famous Bay Bridge and only gets better from there.

A very different creation to the fifth video, Block used this to promote his then popular Gymkhana Grid concept. This was a series of events featuring head-to-head races around obstacles inspired by the video series. While less grand in scale, Block’s precision driving and car control is on full display. In this video he’s driving a new car too, the Ford Fiesta RX43, which was based on M-Sport’s World Rally car but converted for rallycross and Gymkhana use.

Gymkhana Seven: Wild in the streets of Los Angeles

Knowing he could top Gymkhana Five for its location and stunts, Block put another twist on the concept for the seventh version. Los Angeles made for a great background, but the real star of this video is his brand new car, which wasn’t a rally-style machine for the first time. Instead it was a 1965 Ford Mustang resto-modded to become a NASCAR V8-powered, all-wheel drive ‘Hoonicorn’. It was a brilliant car and another sign of Block’s incredible creativity and ability to think outside the box.

Block was back in the Fiesta RX43 again and back in a big city. The idea could have been getting tired by now but he found a way to make each video spectacular and compelling in its own right, as this video demonstrates.

What could have been… The ninth Gymkhana video was originally planned to be filmed in Australia but the local authorities weren’t cooperative and forced a re-think. Instead he ended up in Buffalo, New York in his Ford Focus RS RX and the result was another stunning display of driving including that moment on the dock.

By 2018 Block was done with Gymkhana as a concept, but wanted to send it off in spectacular fashion with the biggest, longest and most elaborate video yet. So, not only did he and his Hoonigan company effectively make five Gymkhana videos in one, they did it all around the world (USA, Sweden and Mexico) and did it in five separate cars (the Hoonicorn, a Ford Fiesta WRC, a retro Ford Escort Cosworth, the Focus RS RX and the new ‘77 F-150 ‘Hoonitruck’) – Hoonigan also made a documentary series about the process for Amazon Prime (The Gymkhana Files). It certainly finished Block’s run in the Gymkhana series on a high note.

While he was done with the Gymkhana films (passing the baton to Travis Pastrana), Block wasn’t done with creating epic car content. For this new concept he went back to his roots and his early fascination with the Pikes Peak International Hill Climb. Rather than just drive up the mountain as quickly as possible, Block made it spectacular in his typical driving fashion – with plenty of powerslides and donuts. Of course, it’s not hard to break traction when you’re driving a ‘65 Mustang with a NASCAR V8 fitted with two turbochargers to make 1400hp; which was precisely what had happened to the ‘Hoonicorn V2’.

Having built the ‘Hoonitruck’ for Gymkhana Ten, Block was looking for another way to use his rally-spec, all-wheel drive pickup truck with a Ford GT supercar engine in it. So for his second Climbkhana spin-off he tackled China’s infamous Tianmen Mountain.

Block spent a lot of his time away from the rally stages playing with his off-road Can-Ams and trucks in the desert near his home in Utah. He decided to take it to the next level and create ‘Gymkhana on dirt’ with his 2020 Terrakhana concept that saw him jump, drift and slide his way through the desert in his Fiesta RX43. It was another awesome take on his ethos of just having fun and doing spectacular moves that made him so popular with a generation of fans.

At his core Block was a rally fan and having loved Group B when he was growing up it shouldn’t be a surprise that he loved the Audi Quattro S1. So, after a long and successful tenure with Ford he swapped to Audi in 2021 to help the German brand make electric cars more exciting. And what better way to do that than with an all-electric Gymkhana film featuring a custom-built Audi S1 e-tron ‘Hoonitron’ – a car that pays tribute to the past while showcasing the future. Despite no screaming engine it features all the same stunning driving we’d come to expect and certainly lived up to the Gymkhana legacy.