VIDEO: Check out the F1-engines Mercedes-AMG hypercar in anger

VIDEO: Check out the F1-engines Mercedes-AMG hypercar in anger Three years after the German giant unveiled plans to use its Formula 1 knowledge for a road-going hypercar the Mercedes-AMG One has entered the final stages of testing.

The brand released a short video recently that showed off the AMG One in action at Mercedes’ test track at Immendingen, Germany. Crucially, this test was the first time the engine was able to run at 100 per cent power and the test prototype featured the production-ready version of its complex aerodynamic package.

The engine is directly derived from the 1.6-litre turbocharged V6 petrol hybrid used by Lewis Hamilton and Valtteri Bottas. Having previously focused on laboratory testing with the highly complex engine – which features a pair of MGU-K on the front axle to help generate 745kW (1000hp) and make it an all-wheel drive hypercar.

Former Mercedes-AMG F1 powertrain boss, Andy Cowell, spoke in 2017 about the challenges of adapting a racing engine for road-going use.

“Fascinating actually doing that development work and doing the transition from Formula One to road car,” Cowell said during an interview at the 2017 British Grand Prix. “The vast majority of it carries across. Clearly things like fuel and emissions need to be managed but that works fairly seamlessly. We’re targeting 50,000 kilometers so about that and in terms of the duty cycle it is quite considerably different.

“If you look at a high performance road car… if you’ve got somebody that drives at five per cent of the time at full throttle, that’s quite remarkable. Today we’ve got people driving Formula One cars round [Silverstone] with 70 per cent full throttle and so that’s where you gain an awful lot of the benefit, swapped from the bespoke fuels that all the fuel companies develop for Formula One into a pump fuel, the cylinder pressure drops, the loading drops and everything comes to you, so in terms of that, that durability, that’s the easy bit.” 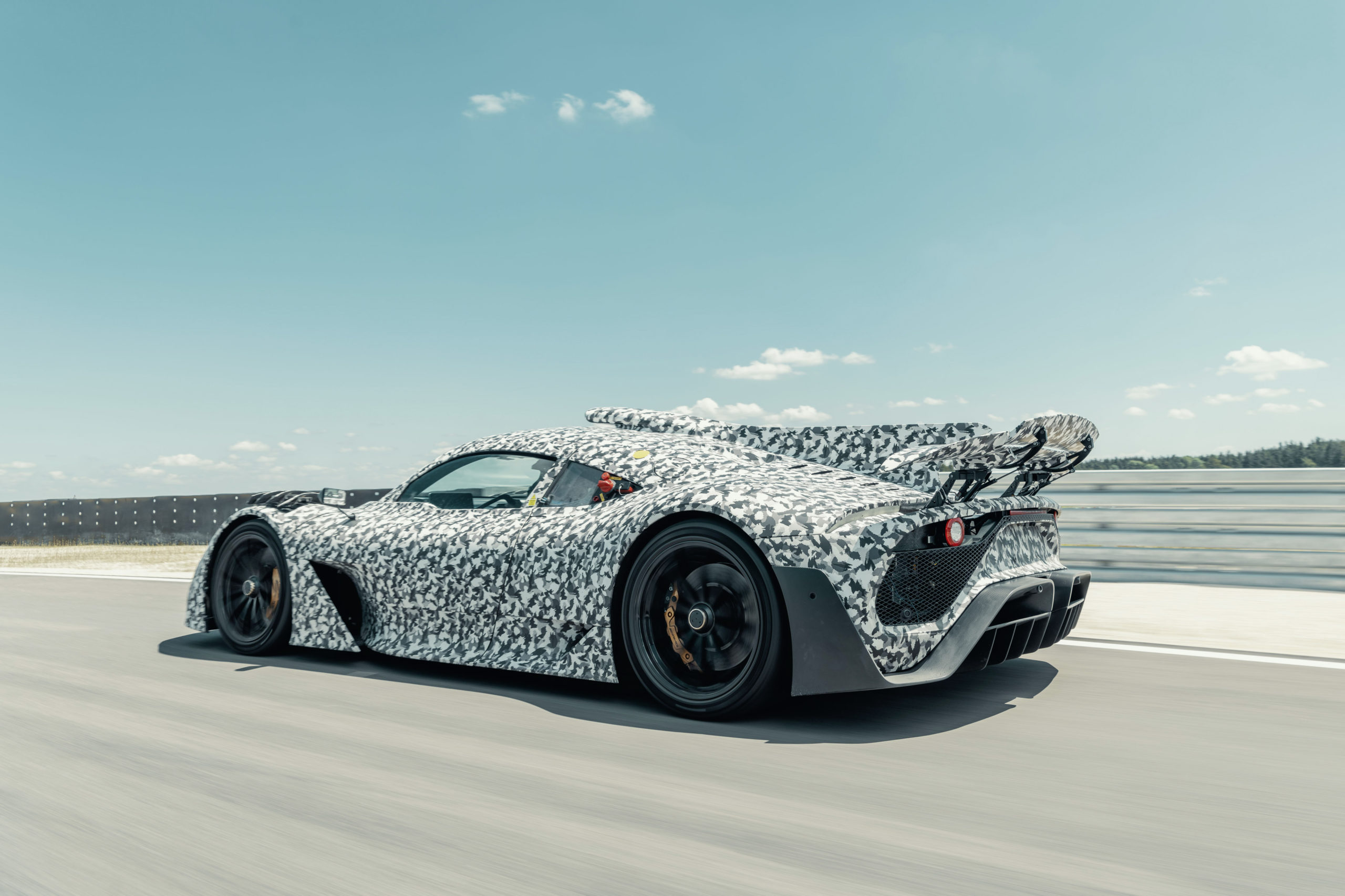 The latest testing also included the first track runs of the active aero package that features a large pop-up rear wing as well as detailed intakes and louvres carefully integrated into the design of the body.

Mercedes also revealed the car will soon head to the famous Nurburgring Nordschleife for the next phase of testing. Customer deliveries are expected to commence in 2021 with only 275 examples set to be built. It’s believed all three Mercedes-AMG drivers during the hybrid era – Hamilton, Bottas and Nico Rosberg – have ordered one of the car.

Check out Nico Rosberg’s video blog of his customisation of his personal AMG One.