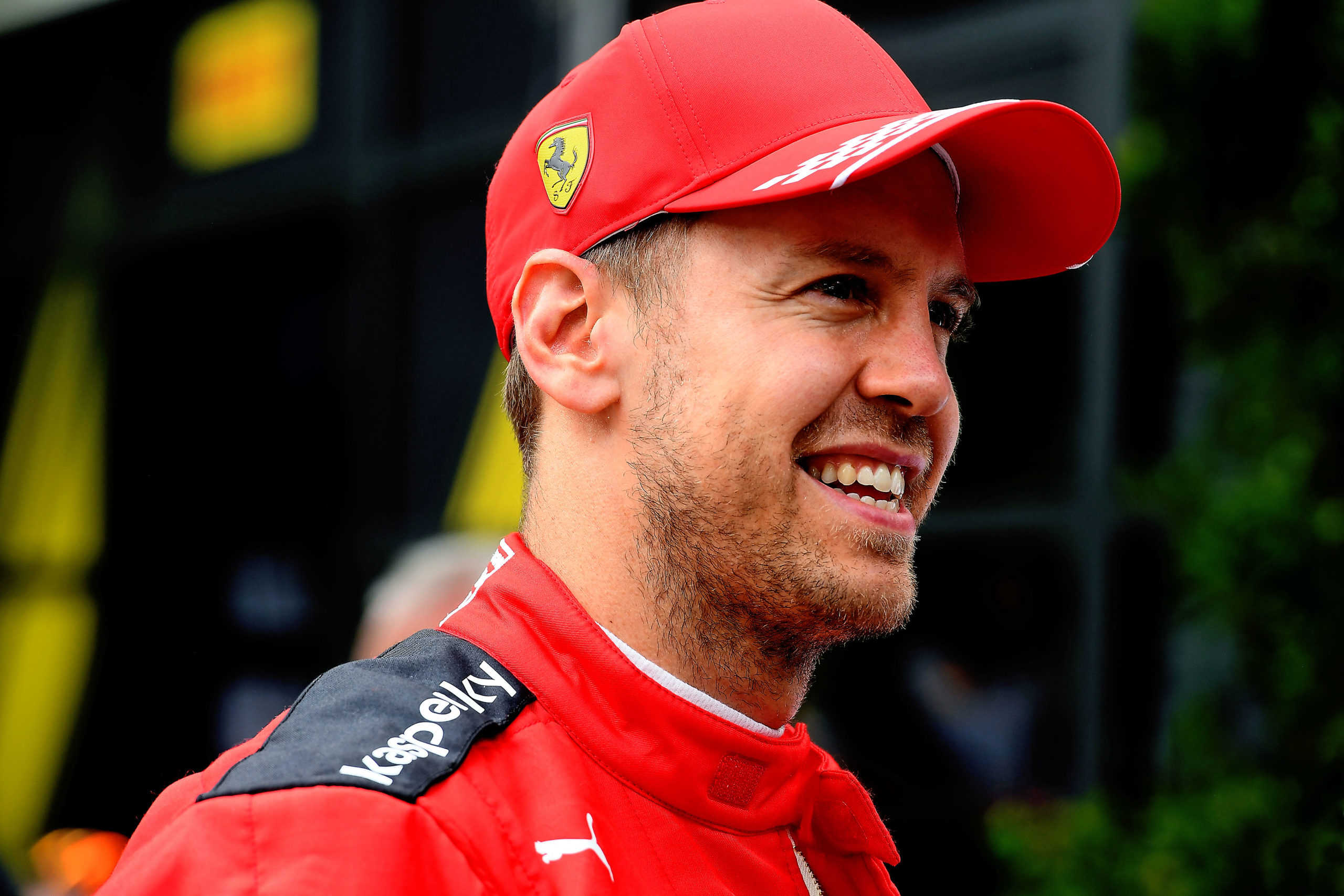 Sebastian Vettel appears to be clearing garage space for a new fleet of company cars.

The four-time world champion is off-loading five Ferrari supercars (and some Mercedes and a BMW) as he makes the switch to Aston Martin’s new Formula 1 team. While Aston Martin has publicly denied any request to Vettel to ditch his Italian and German machines, it seems he’s decided to cut ties with his former employer.

It’s an enviable collection of cars, with Vettel owning three of the four iconic Ferrari hypercars – the F50, Enzo and LaFerrari. The only one missing from the sale is the F40, which Vettel has previously revealed owning so it’s unclear if he’s sold it privately or held onto it.

With the exception of the F50, each of Vettel’s cars has been custom-built to his specifications, including having his official logo stitched into the seat headrests. That will only add to the value and appeal of the cars to many collectors, so it’s a safe bet Vettel will make a handsome profit from the sale.

Vettel is using luxury car specialist, Tom Hartley Jr, to clear space in his garage. Although this isn’t the entirety of his automotive collection, Vettel famously bought one of Nigel Mansell’s Williams-Renault FW14B title winners from 1992. He also has a passion for classic motorbikes and is believed to own several from a variety of brands, including Kawsaki and Suzuki. The F40 follow-up launched in ‘96 and was powered by a 4.7-litre V12 engine was derived from the Italian brand’s early ‘90s F1 powerplant. That might be why Vettel was so keen to add this to his collection, it’s the kind of supercar any F1-obsessed kid would have a poster on the wall of.

While not quite as well-received as the F1 before it or Enzo after it, the F50 has become a highly-desirable collector’s car so was snapped up quickly.

Another Ferrari supercar that predates Vettel’s career, the Enzo is powered by a 6.0-litre V12 housed within a body shaped by the windtunnel more than the designer’s pen.

Vettel either didn’t get much chance to drive it, after he bought it from its original German owner, or deliberately kept the mileage low to maximise its value because it’s only 1789km on the odometer after 17 years.

Ferrari’s most recent hypercar and it’s first hybrid – and also one of the company cars Vettel ordered while driving for the famous marque. This is one of three with his unique Vettel logo stitched into the seats, ensuring its famous original owner is not forgotten.

The 6.3-litre V12 engine was supported by an F1-style KERS system and electric motor that marked a turning point for Ferrari, beginning to embrace electrification; albeit for performance, not fuel economy.

Vettel drove it less than 500km, so the new owner is effectively buying a brand-new car. Vettel drove this one more than any of the others – but still only just 3000km – so it seems he preferred to not drive his Ferraris other than his F1 machines.

The 458 Speciale was his first new model after joining the team and it was a good choice. It’s the track-ready version of the brand’s 458 Italia, with a more powerful 4.5-litre V8 and aerodynamic and mechanical upgrades for faster lap times.

Vettel optioned his in a special black paint with gold flecks – plus his logo on the seats. Vettel included his logo into his design of each new Ferrari

Vettel is a shrewd operator, both on and off the track. He’s collection is limited to the limited edition, high-specification models like this F12 Tour de France. This was the ultimate version of the F12, with a 6.3-litre V12 engine and handling upgrades.

The German specced his with a three-layer yellow paint and his logos on the seats.

The four-time champ didn’t forget his roots and long after BMW helped him kick-start his F1 career, Vettel purchased his famous roadster. He reportedly bought the V8-powered convertible in 2015.

The Z8 is recognisable for its role in the James Bond movie, The World Is Not Enough, but wasn’t a commercial success for the company; it was only produced between 2000-2003 before being discontinued. F1 drivers don’t just get paid millions to race, they also get free cars. This was a prize to Vettel for winning the 2009 Abu Dhabi Grand Prix. The 6.0-litre V12 coupe is one of only 350 examples of the ‘Black Series’ built – making it more desirable.

And as it was a prize, Vettel will be making all-profit on this sale. It seems Vettel has been enjoying driving Mercedes the whole time the three-pointed star has been beating him on track. First purchased when he was a Red Bull Racing driver, he’s logged nearly 7000km in this 6.0-litre V8 coupe.