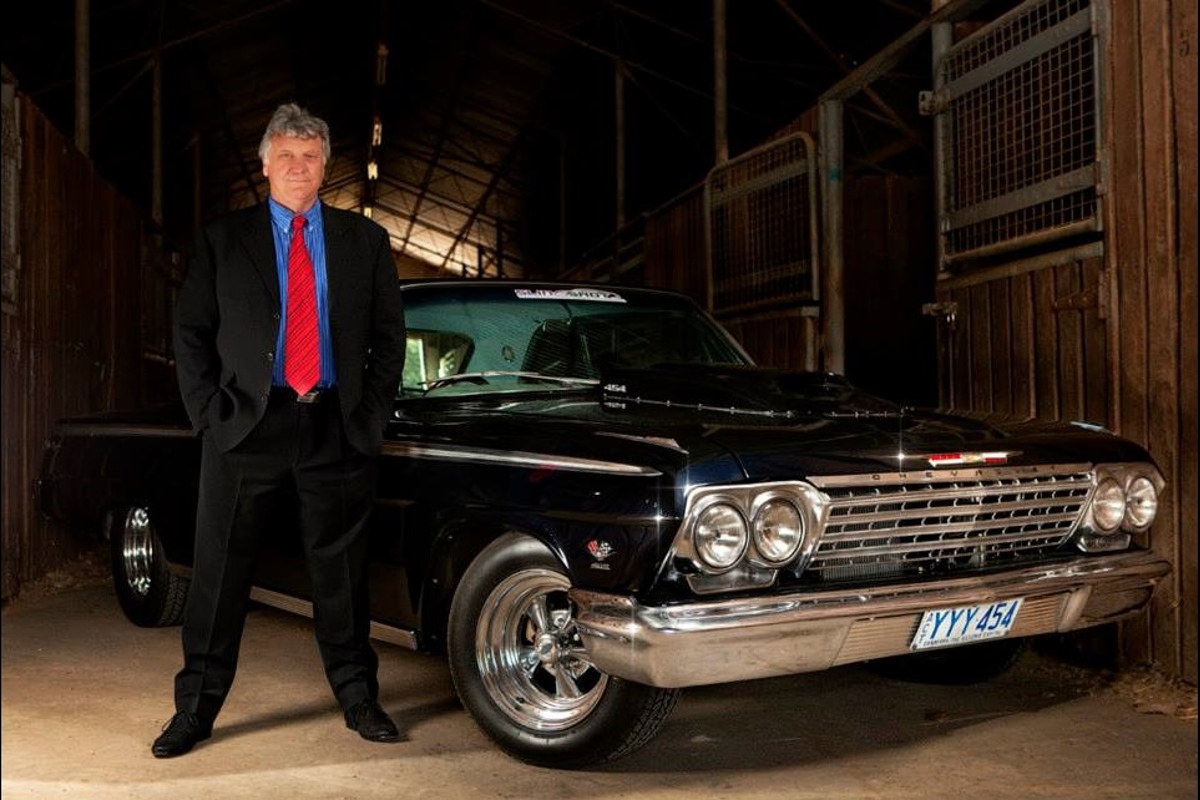 Chic Henry – pictured with his famous ’62 Chevrolet Impala – passed away after a battle with cancer but his legacy will live on for generations.

Australia has lost another motoring icon. Anthony ‘Chic’ Henry, founder of the Summernats, passed away this weekend after a battle with cancer.

Henry spent his life devoted to the street machine culture, first as an enthusiast and then a passionate advocate for the industry that has grown from backyards to big business.

Henry was the National Director of the Australian Street Machine Federation in the 1980s and when the club association was looking for a venue for its annual Nationals, he found Canberra’s Exhibition Park – and the Summernats were born.

Under Henry’s leadership the Summernats became one of the biggest motoring events in the country, and one of Canberra’s largest annual attractions.

In 2009 he stepped down from running Summernats, but as his successor Andy Lopez told The Canberra Times, Henry never stopped helping the event get better.

“Chic was a great mate, a genuine one of a kind; the Australian street machine fraternity, every revhead in the country, owes him a huge debt of thanks,” Lopez is quoted saying.

“Summernats was his baby, his vision. He said he just wanted every event to be like a giant party, and one that he could bring all his mates along to. And that’s how he shaped it.”

Despite having overseen a major expansion to Exhibition Park, including the addition of the permanent burnout pad, Henry was a vocal advocate for building a permanent motorsport complex in Canberra and twice ran for public office. In 2000 the ACT’s then chief minister, Kate Cranell, made him an honorary Ambassador to Canberra.

Later in life Henry was able to enjoy Summernats in more of an ambassadorial role and have fun in his famous street machines – his 1962 Chevrolet Impala Super Sport (which he owned since 1978) and his Chevrolet Camaro ‘FASTFUN’. At Summernats 34 in 2022 a permanent tribute to Henry was unveiled, with the burnout pad grandstand named in his honour.

Henry is survived by his wife Debra, son Kody, daughters Georgia and Angela and granddaughter Lauren. In lieu of flowers his family has requested a donation to the Canberra Cancer Centre.

Everyone at Torquecafe and Speedcafe pass on our condolences to Henry’s family and friends.