Ultra-rare HSV set to go under the hammer

Ultra-rare HSV set to go under the hammer 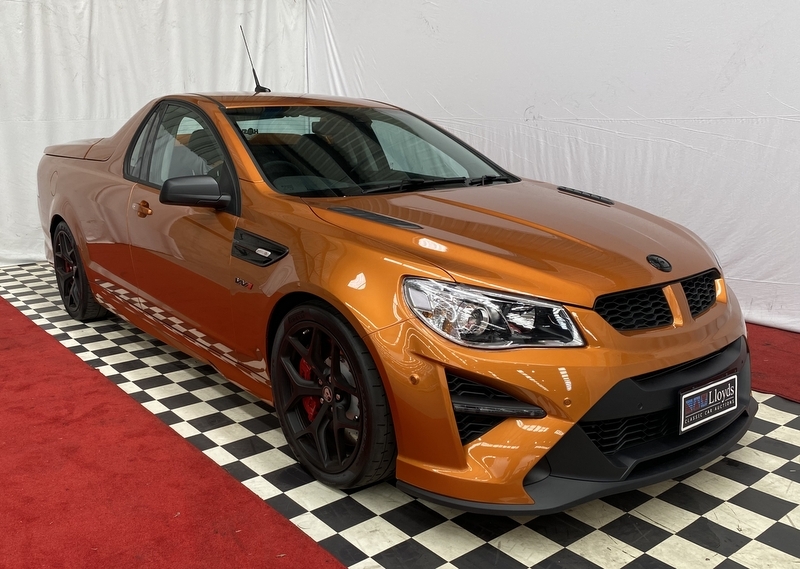 Only four examples of the HSV GTSR W1 Maloo were built

It’s one of the rarest Aussie muscle cars ever made – and it could be yours.

Lloyds Auctions is currently offering a 2017 HSV GTSR W1 Maloo, one of only four examples built, and bidding has already hit $675,000 (at time of publication) even though the sale closes on January 29. That suggests bidding could exceed $1 million, which is understandable given the exclusivity of the W1 Maloo.

For those unfamiliar, the GTSR W1 was the last hurrah for HSV’s Commodore-based projects, before the closure of Holden’s local manufacturing. The W1 was fitted with the iconic Chevrolet ‘LS9’ a 6.2-litre supercharged V8 making a whopping 474kW of power and 815Nm of torque; making it the most powerful locally-made car.

But that wasn’t all HSV did, every aspect of the W1 was maximised for performance. The company worked with Supashock to fit dampers derived from Supercars competition. It also rides on Pirelli P Zero Trofeo R track tyres, a first for an HSV after years using Bridgestone and Continental rubber. The W1 Maloo wasn’t officially built by HSV, instead four Maloo were built to GTSR specification (which missed the LS9 and Supershocks) before being upgraded by HSV’s sister company, Walkinshaw Performance. The four Maloo W1 were built for HSV’s most loyal customers and never been officially acknowledged by the company, adding to the mystic around the quartet.

The W1 Maloo for sale is finished in ‘Light My Fire’ orange (all four were in different hues) and reportedly has only 681km on the odometer.

The W1 Maloo isn’t the only iconic HSV going under the hammer at Lloyd’s January 29 auction. A 2009 HSV W427 is also up for grabs and even comes signed for HSV founder, the late Tom Walkinshaw. The W427 was a limited edition model powered by the awesome 7.0-litre V8 ‘LS7’ Chevrolet engine (which is 427-cublic inches, hence the name). At the time it was the most powerful model the company had produced, with 375kW and 640Nm. The HSV W427 has a Chevrolet Corvette-sourced 7.0-litre V8

The particular example for sale is one of only three finished in Panorama Silver and has Walkinshaw’s signature on the boot, as well as all original documentation. The current bid of $190,000 may not be as impressive as the W1 Maloo, but the W427 cost $155,000 brand new so the owner is still looking at a profit on an 11-year old car.

All of this interest in the HSV suggests the market for locally-made muscle cars remains strong despite the subsequent arrival of the Ford Mustang, Chevrolet Camaro and upcoming Chevrolet Corvette.