Ultra-rare Ford goes up for auction

Ultra-rare Ford goes up for auction 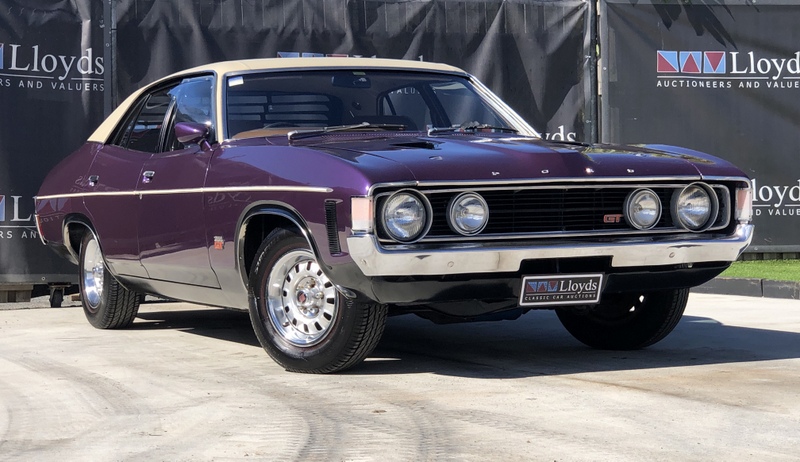 Are you looking to own an extremely rare piece of Australian automotive history? This Saturday may be your lucky day.

Everyone with a passion for Australian muscle cars knows the story of the ill-fated Ford Falcon GTHO Phase IV… but what you may not know of is the Falcon XA GT ‘RPO 83’.

After the infamous ‘160mph Super Cars’ headlines killed off the Phase IV program, Ford needed something to do with the performance parts it had begun producing for its ‘super car’ and that led to the creation of the RPO 83. The Ford Falcon XA GT RPO 83 is in excellent condition

While it’s well-known Ford only produced four examples of the Phase V, it’s not clear exactly how many RPO 83 were produced as Ford, understandably keen to avoid anymore negative publicity, quietly announced and produced these models.

Which is why news of Lloyds Auction’s upcoming sale of a genuine 1973 Falcon XA GT RPO 83 is so exciting for the muscle car community. Lloyds is billing the car as a “one of one” production car, finished in two-tone purple with a beige roof, and in pristine condition it could command record pricing. “If you look at the number of records broken over the last couple years you can definitely see a trend in demand for a secure yet enjoyable investment,” explained Lee Hames, chief operations officer for Lloyds Auctions. “Cars in original condition, with chrome bumpers, celebrity affiliation or prominent history or rarity seem to be the assets that are rising in value the most consistently.”

It’s one of more than 100 classic cars and motorcycles that will be auctioned online this Saturday by Lloyds, with other lots including a genuine 1985 HDT VK Group A SS ‘Blue Meanie’, a replica of Alan Moffat’s famous ‘Coca-Cola’ ‘69 Ford Mustang and a raft of other classic Aussie and American muscle including Toranas, Commodores and Chevrolet Camaros.