It’s the ‘Holy Trinity’ of HSVs – the original VS-based GTSR, the final VF-based GTSR W1 sedan and the rarest of all, the GTSR W1 Maloo – and they’re all finished in ‘Yellah’ yellow and will all be sold by Lloyds Auctions at the end of the month.

HSV only built four W1 Maloos and the last time one was for sale it set the record for the most expensive Australian-made car, fetching an eye-popping $1,050,000. That one was finished in ‘Light My Fire’ orange and had only 681km on the odometer.

This latest W1 Maloo to hit the market should smash that sale thanks to its condition. It’s build number #001 and it’s the only one finished in the iconic ‘Yellah’ colour, made famous by the original GTSR, and it has just 19km on the clock – making it in prime condition for a collector. 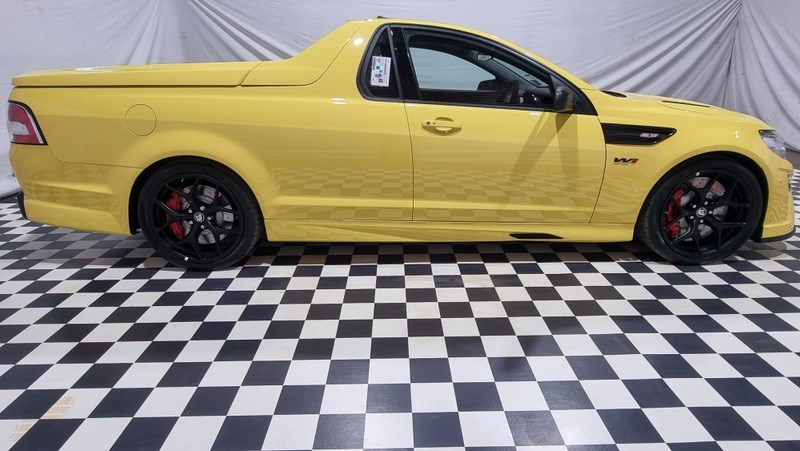 With more than three weeks left to run on the Lloyds Auction the W1 Maloo has already attracted a bid of $485,000. Due to its significance and expected sale price Lloyds is requiring all bidders to be pre-approved.

The second member of this Holy Holden squad is the GTSR W1 sedan. Specially painted in ‘Yellah’ this is build number #017 and has even less mileage on the odo, just 16km. As such the bidding is already on course for a possible seven-figure sale with the car up to $470,000 at the time of going to press (August 30).

HSV built only 298 W1 sedans, with 275 for the Australian market and the rest exported to New Zealand. While that doesn’t make it the rarest model, it’s arguably the most special. 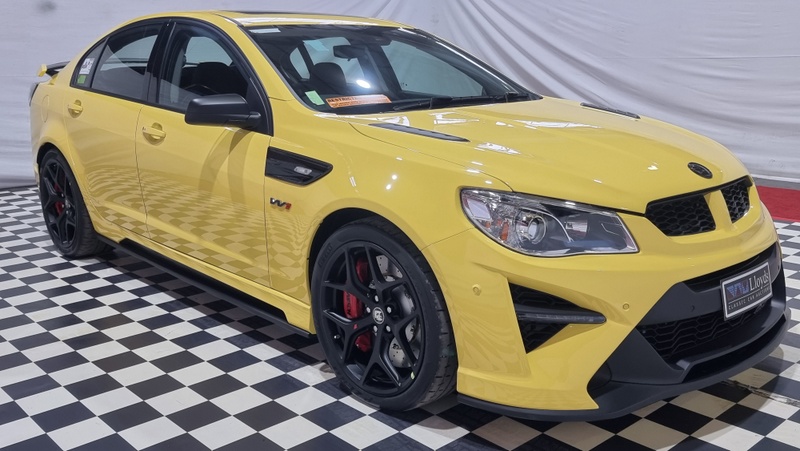 For non-Holden fans who may not understand the significance of the GTSR W1 and the Maloo, specifically, this was the final Commodore-based project built by HSV. The W1 was fitted with the iconic Chevrolet ‘LS9’, a 6.2-litre supercharged V8 making a whopping 474kW of power and 815Nm of torque, which makes it the most powerful locally-made car.

HSV did just upgrade the power though, they also called on its experience in Supercars racing to ensure it was the best-handling car it ever made. The company worked with specialists, Supashock, to fit dampers derived from Supercars competition. HSV also fitted Pirelli P Zero Trofeo R track tyres, a first for an HSV after years exclusively using Bridgestone and Continental rubber.

The final member of the trio is the 1996 HSV VS GTSR, the car that started the legend. The first model to wear the ‘GTSR’ badge launched in ‘96 with a Supercars-inspired centrally-mounted rear wing and finished in the unmissable yellow paint job that made it an instant classic.

Powered by a 215kW 5.7-litre V8 and paired with a six-speed manual transmission this was the fastest HSV built at the time.

The company only produced 85 examples of the GTSR and 10 were exported to New Zealand, which makes this one of the rarest HSVs ever made too. And if that’s not enough to make this an in-demand collector’s car, this particular example is build number #001 and has just 86km on the clock after 25 years. It even comes with the original pre-delivery plastic seat covers and steering wheel protector. Bidding for this rare Holden has already reached $365,000 with 26 days left on the auction. Like the W1 Maloo, given its heritage Lloyds is requiring interested parties to get pre-approval ahead of the online and phone bidding.