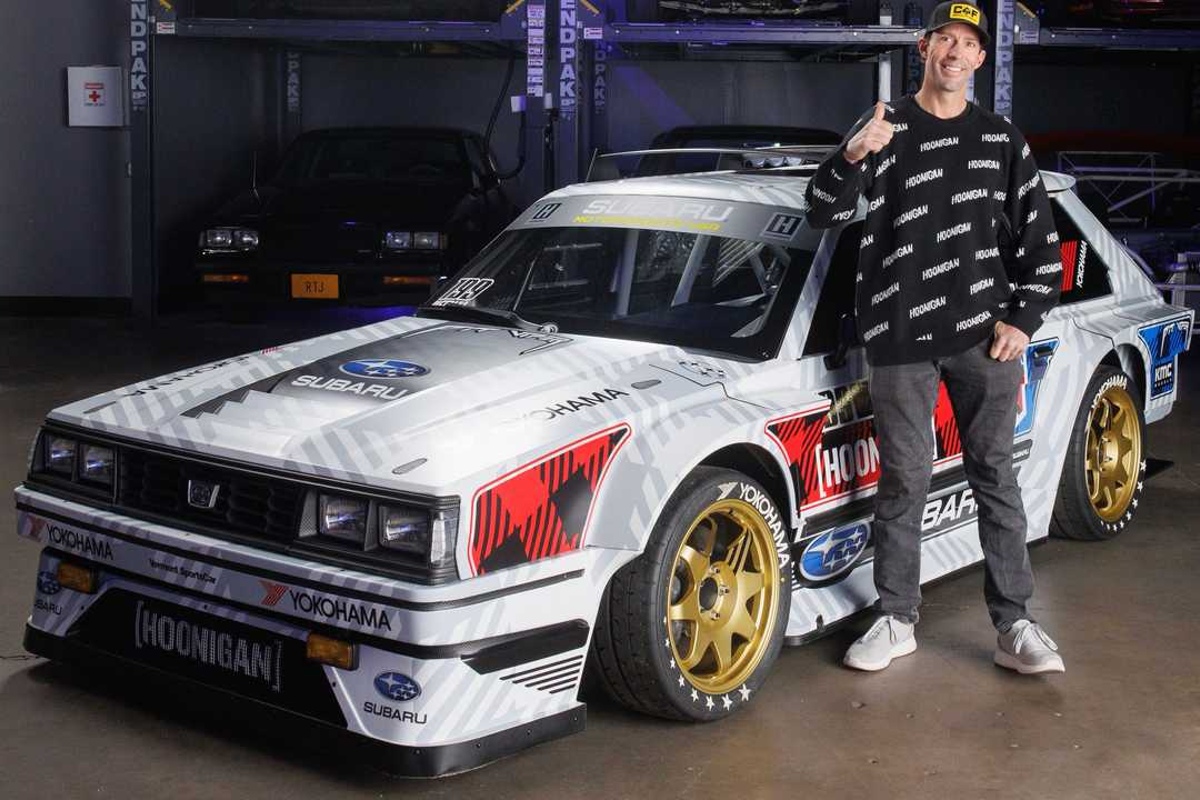 Multi-talented motorsport superstar Travis Pastrana will return for another crack at the famous ‘Gymkhana’ film franchise in 2022, and he’s doing it with a very special car.

After driving a flame-spitting Subaru WRX – dubbed Airslayer – in his appearance in Gymkhana 2020, Pastrana will make a new video in 2022 driving a 1982 Subaru GL Wagon.

Pastrana and the Hoonigan team behind the video series hasn’t released many details about the car, but it’s clearly far-from-stock with a wide-body kit made entirely from carbon fibre. Subaru’s US factory team, Vermont SportsCar is responsible for the build, so it’s likely to have some modern power underneath the retro looks. Pastrana said that it should help him produce a more exciting video instalment, writing on Instagram: “It’s daster and way easier to stay in control while sending it sideways than the Airslayer STI. Shorter wheelbase makes it more agile and the boxy body makes it easier for proximity driving. This car should allow me to [do] some higher speed proximity drifts while upping my slower speed technical driving to the bar Ken [Block] expects from the Gymkhana Series.”