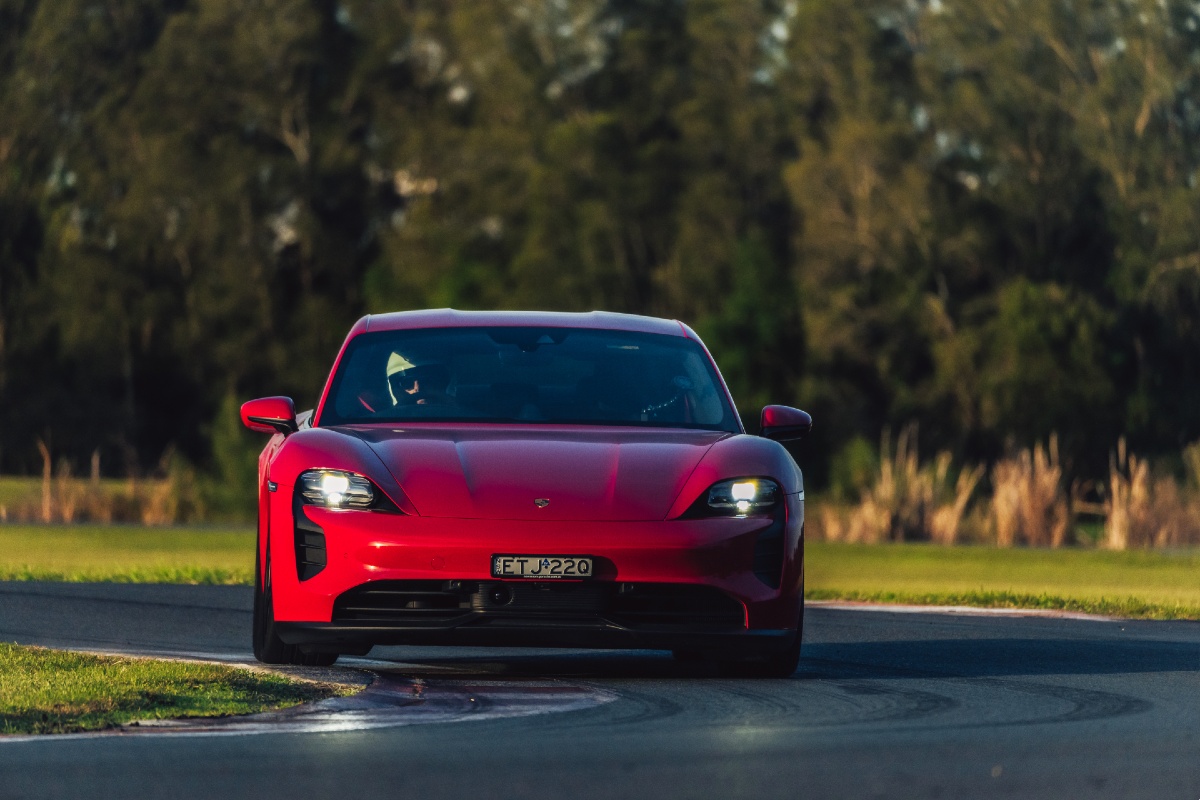 An electric car designed for driving thrills. The newest addition to the expanding Taycan lineup is focused on finding the ideal balance between an engaging experience behind the wheel with comfort and everyday usability.

No wonder Porsche likes to call the GTS the ‘sweet spot’ in the Taycan range.

Because the GTS is meant to be the ‘sweet spot’ in the range, adding more driving appeal compared to either the 4S or Turbo. But more than that, the Taycan GTS is trying to prove that electric cars can be quick and engaging in the corners, not just great at launching off the line.

Until now acceleration has been the key selling point for EVs, with even the best-handling models still falling short of what the equivalent petrol-powered models can manage. There’s an overtly sporty feeling to the GTS, with Porsche liberally applying its faux-suede – known as – Race-Tex – throughout the cabin. The steering wheel and seats are both trimmed in the soft black but racey material, which leaves you feeling like you’re driving something more purposeful than the Taycan 4S. 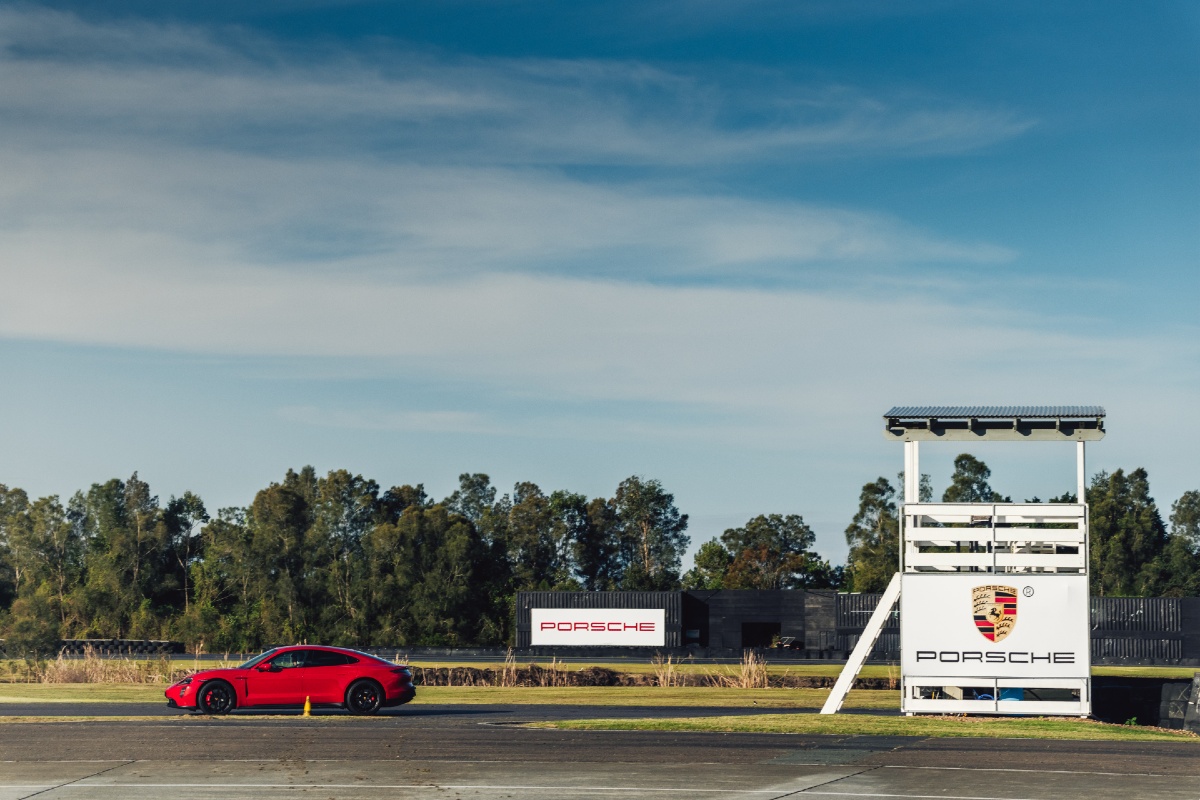 Great, of course, with ferocious acceleration that launches you from standstill to 100km/h in just 3.7 seconds (and it will keep pulling hard all the way to its top speed of 250km/h). But that was never in question, hard acceleration is what EVs do so well thanks to the smooth delivery of almost instant torque.

The GTS uses the same dual-motor set-up as the Taycan 4S and Taycan Turbo, but splits the pair in terms of performance. The GTS motors make 380kW of power – with 440kW on Overboost – and 850Nm of torque. That compares to the 4S, which makes 390kW/640Nm, and the Turbo, which punches out 460kW/850Nm.

While we’re more interested in how the GTS takes the corners, there is one element of the Taycan GTS and its performance down the straights and under acceleration that really stands out from many of its rivals – the sound. Of course, electric motors are near-silent and that’s nice in most circumstances, but when you really want to push it to its limits the lack of sound can make it harder for you to get a sense of speed.

Which is why Porsche has developed an artificial sound that rises and falls as you speed up and slow down. It comes from its 919 Hybrid Le Mans program, because the drivers of that car wanted a sound in the simulator that would let them know when the electric motor was being deployed and it’s this noise that has evolved into the Taycan.

It may come across initially as a gimmick, but on the track the noise helps give you a far-greater sense of the speeds you’re approaching a corner. This helps you have a much better feeling when you approach the corners, which in-turn helps you push closer to the limits. In short – better than any EV previously. Porsche has a reputation for building cars that are both engaging to drive on the road and capable on the track, specifically the GTS.

However, the racetrack has typically been a challenge for EVs because the extra weight of the batteries tends to dull the handling. To overcome this inherent disadvantage Porsche has tweaked the chassis and suspension settings for the Taycan GTS, giving its adaptive air suspension a unique tune, as well as its adaptive dampers; which are part of the Porsche Active Suspension Management system.

It’s supported by arguably the best regenerative braking package on any EV, providing excellent stopping power without the numb pedal feel that’s typically associated with the technology. It really is impossible for anyone but the most astute driver to tell between when it’s regren and when the rotors take over.

This all translates to an electric car that is genuinely thrilling to drive on the track. It obviously feels heavier than its petrol-powered rivals – such as the BMW M5 and Mercedes-AMG E63 S – but it’s otherwise really sharp when you throw it into some corners.

The suspension did a great job controlling the weight and the chassis when we pushed it hard through the corners at the Norwell Motorplex. The GTS sits relatively flat, for a sports sedan, and hangs on tight thanks to its grippy tyres.

The highlight of the driving experience, though, is the steering. Porsche has once again done a brilliant job of finding the right balance between precision, feel, weighting and feedback to allow you to really position the Taycan GTS with pinpoint accuracy. All EVs are fast to various degrees but the Taycan GTS raises the bar. It’s not only the front-runner of the electric car pack when it comes to handling, it’s more-than-capable of holding its own against the likes of the M5 and E63, which set the benchmark of internal combustion sports sedans.