This is a glimpse into the future of ‘hot hatches’ as more and more car makers drop hatchbacks in favour of compact SUVs we’re likely to get an influx of sporty crossovers.

The Kona N joined an expanded N performance line-up in 2021, alongside the updated i30 N (with which it shares much of its mechanical layout) and the smaller i20 N hatch.

Hyundai is offering two different versions of the Kona N – standard and Premium. The range begins at $47,500 (plus on-road costs) for the standard model, while the Kona N Premium starts at $50,500

Hyundai likes to talk up the track potential of all its performance models and the Kona N is no different. It may be an SUV but it has been tuned on the Nurburgring so Wakefield Park should be an easy assignment. 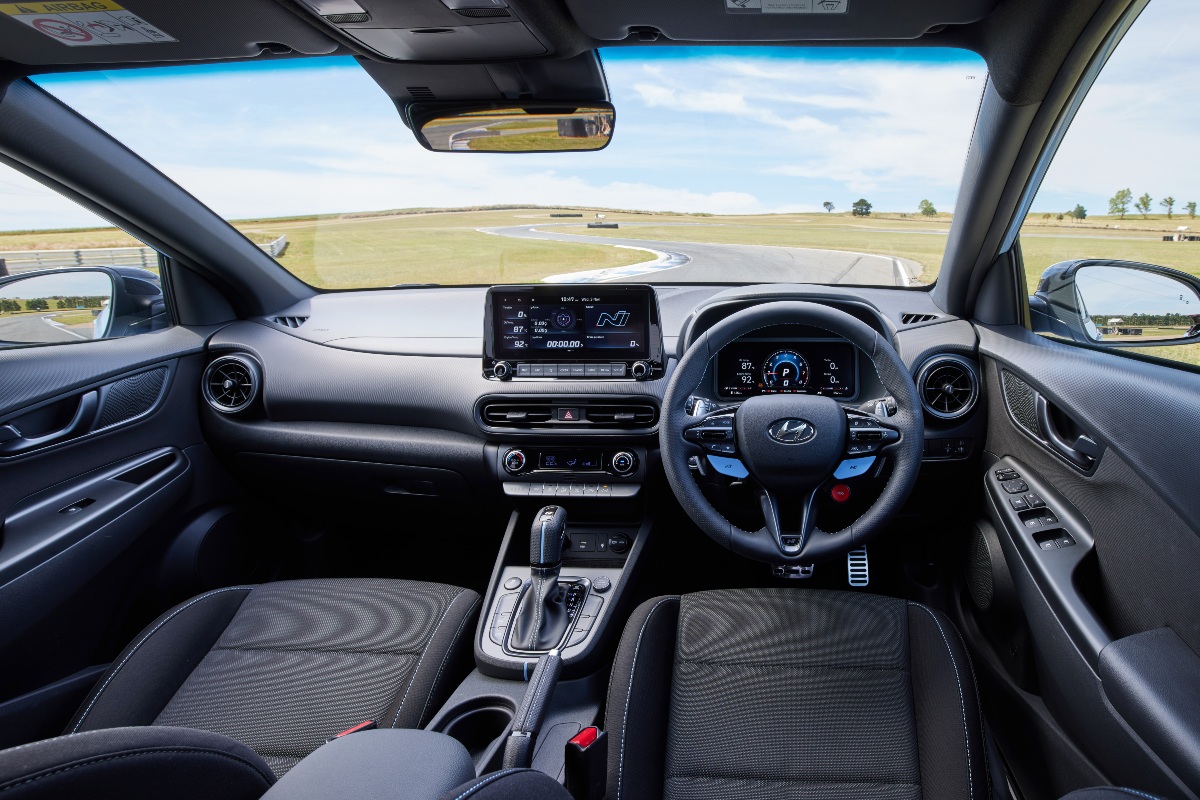 It ticks all the ‘hot hatch’ boxes with sports seats, a leather-wrapped steering wheel and gear selector with contrasting blue stitching and Hyundai’s now trademark ‘N’ buttons on the wheel to change the various driving mode settings.

One of the most interesting aspects for anyone looking to take their Kona N to the track is what Hyundai calls its ‘Performance Driving Data System’, which is integrated into the central touchscreen. In simple terms it’s a live telemetry system with track maps and a lap timer that allows you to analyse your driving and see your progress.

At the moment it only includes maps of Sydney Motorsport Park and Wakefield Park but Hyundai Australia is in the process of adding more, with at least one from every state set to be uploaded into cars later this year.

The Kona N is powered by the same 2.0-litre four-cylinder turbocharged petrol engine as the i30 N, which means it makes 206kW of power and 392Nm of torque. It also means it feels just as quick down the straights as the i30 N, demonstrating the potential of this new breed of high-riding performance cars.

The engine is paired exclusively to the new eight-speed dual-clutch transmission in the Kona N (you’ll have to stick to the i30 N if you want a manual). While it’s an intuitive transmission in automatic mode, around the track it’s best to use the steering wheel-mounted paddles to get maximum performance.

Thanks to Hyundai’s N Power Shift there’s an extra surge of torque when you change gear, which removes that typical hesitation that slows you down. It’s an odd sensation at first but once you get used to it you certainly appreciate the extra boost. 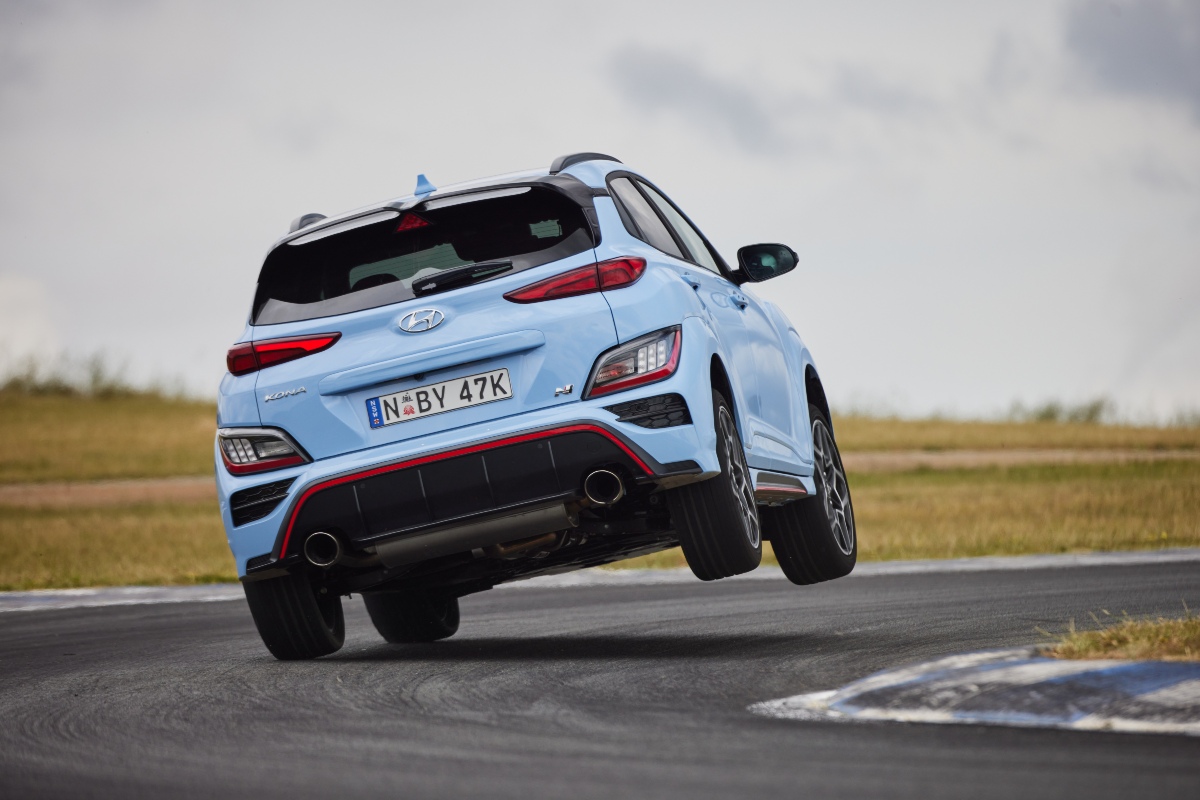 This is where the differences between the i30 N and Kona N become more apparent that running down Wakefield Park’s main straight. Hyundai executives insisted the ride height remained higher than a hatch in order to retain much of the appeal of an SUV, so the N engineers couldn’t just slam it in order to improve handling.

Instead they, pardon the pun, leaned into the extra height and tuned the Kona N with more body roll. Thanks to a combination of unique dampers and springs, Pirelli P-Zero tyres and well-sorted steering the Kona N may lean into corners but is responsive, direct and hangs on tightly.

The electronically-controlled limited slip differential (e-LSD) helps pull you out of corners too, carefully and cleverly managing the power and torque to get maximum acceleration.

It’s all the key attributes you want in a track-capable hot hatch, even if it doesn’t feel the same – or quite as sharp – as the i30 N. On its own at the head of the pack… for now.

The Kona N may be the first ‘Hot SUV’ of its type on sale in Australia but it won’t be the last, the Volkswagen T-Roc R is coming in 2022 followed by the Cupra Formentor and Ateca – and who knows what else after that.

But for now, there’s a lot to like about the Kona N for those willing to think outside the conventional hot hatch box. By retaining much of the extra ride height it still looks and feels like an SUV, which makes sense given how much buyers love these types of crossovers.

However, it’s still a serious performance car, laying down quick and consistent laps at Wakefield Park, and just as importantly, offering the driver genuine thrills and enjoyment.