Car companies have told us that for decades, and it rings true. From Jaguar’s use of disc brakes at Le Mans, Renault’s turbocharged F1 cars to the latest transfer of electric powertrain knowledge from Formula E, the racetrack is a test bed for the next generation of performance cars.

In some cases the line between race car and road car can blur; when car companies feel inspired to show-off exactly what they can do. We’ve selected five examples of the types of cars that really push those limits. 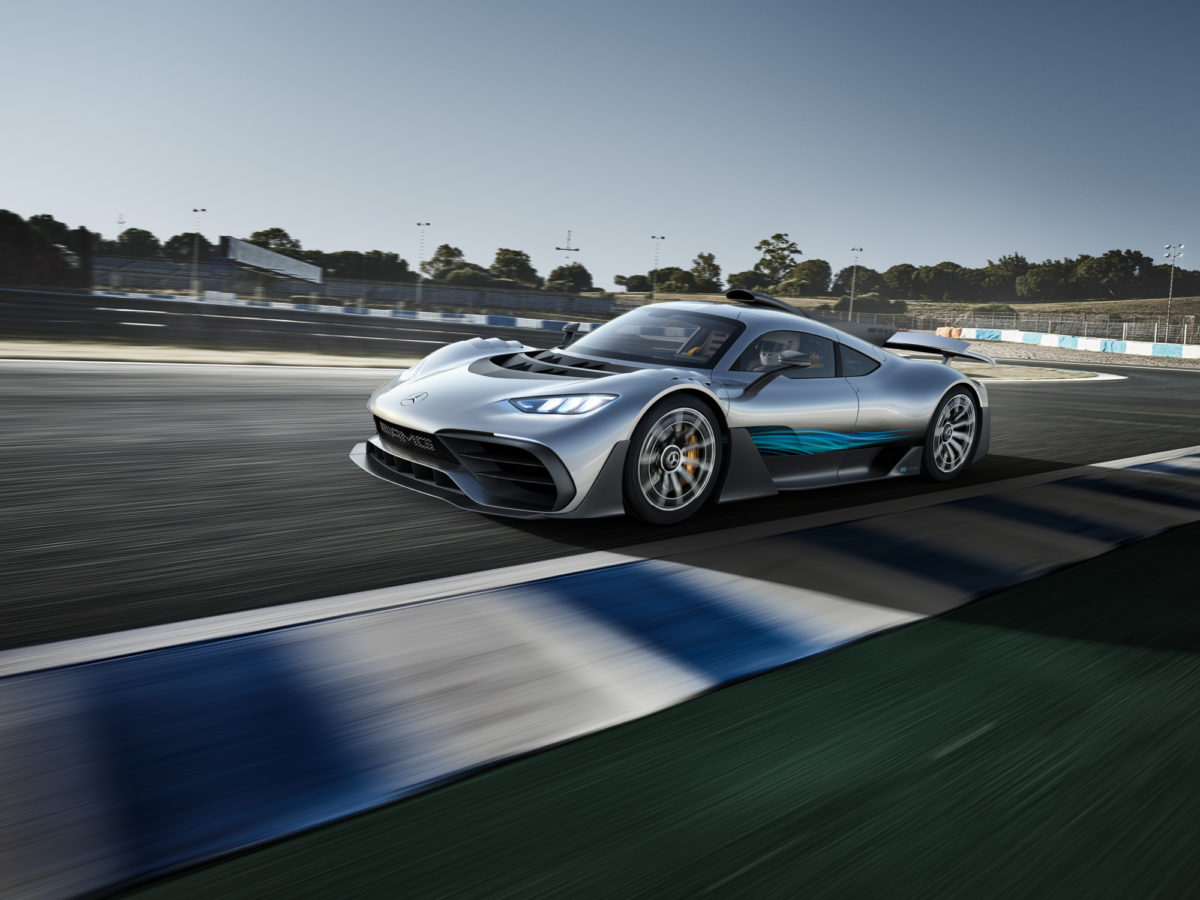 What do you do when you’re dominating Formula 1 whilst also looking for a hero model for your performance car division? Well, if you’re Mercedes-AMG you turn your F1 winner into a road car. That’s effectively what the AMG One is – it has the same 1.6-litre turbocharged V6 hybrid engine you find in the back of Lewis Hamilton’s Sunday chariot.

The same AMG high performance engine team that builds them for F1 is working on the project alongside their road car colleagues. It’s set to boast 746kW (that’s 1000hp in the old money) and will launch 0-100km/h in just 2.5-seconds.

Unfortunately it’s proving a more difficult task than Mercedes first expected and the launch of the car has been pushed back until 2021.

Mercedes will only build 275 examples of the One and Hamilton and former team-mate Nico Rosberg have each nabbed one. The rest have already been snapped up too, despite an eye-watering price tag of more than $3.5m. F1 technology doesn’t come cheap! 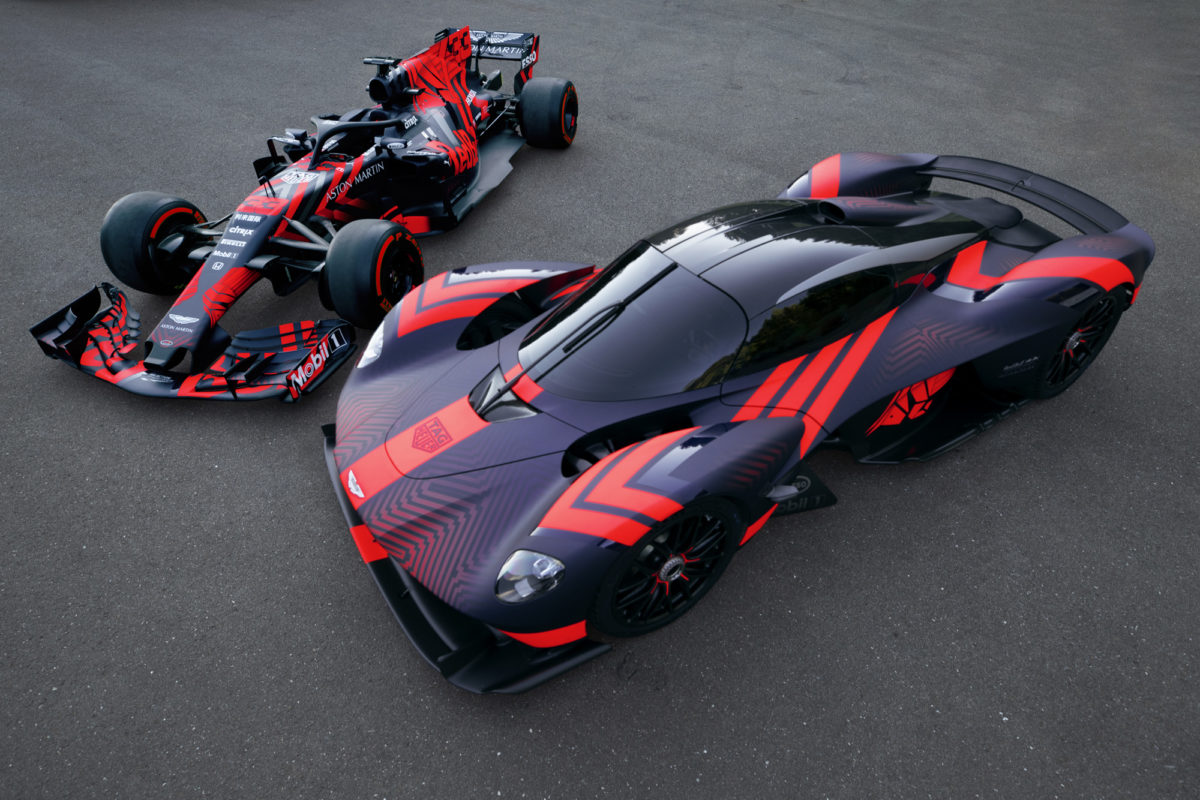 Adrian Newey has been the leading designer in F1 for nearly three decades. But he had long harboured an ambition to build a road car and Red Bull Racing’s partnership with Aston Martin created the opportunity.

Naturally Newey wasn’t going to design a hatchback but even by his own high standards, he and Aston Martin set a remarkable benchmark – they wanted to build a car that could lap Silverstone as fast as a 2016-spec F1 car.

The result is the Valkyrie, without question one of the most extreme hypercars ever made. It features his trademark tight packaging, with dramatic aerodynamic shaping of the bodywork resulting in a compact machine.

Power will come from a Cosworth-built 6.5-litre V12 petrol engine making a whopping 746kW at a screaming 10,500rpm. But that’s not all, the Valkyrie also gets 160kW/280Nm electric motor by Croatian specialists Rimac that not only integrates most of the car’s electrical systems but also provides a KERS-style boost.

Oh, and if that doesn’t sound fast enough for you Aston Martin is also going to build a track-only Valkyrie AMR Pro that will feature an even more serious aero package which will provide 1000kg of downforce while weighing just 1000kg in total. 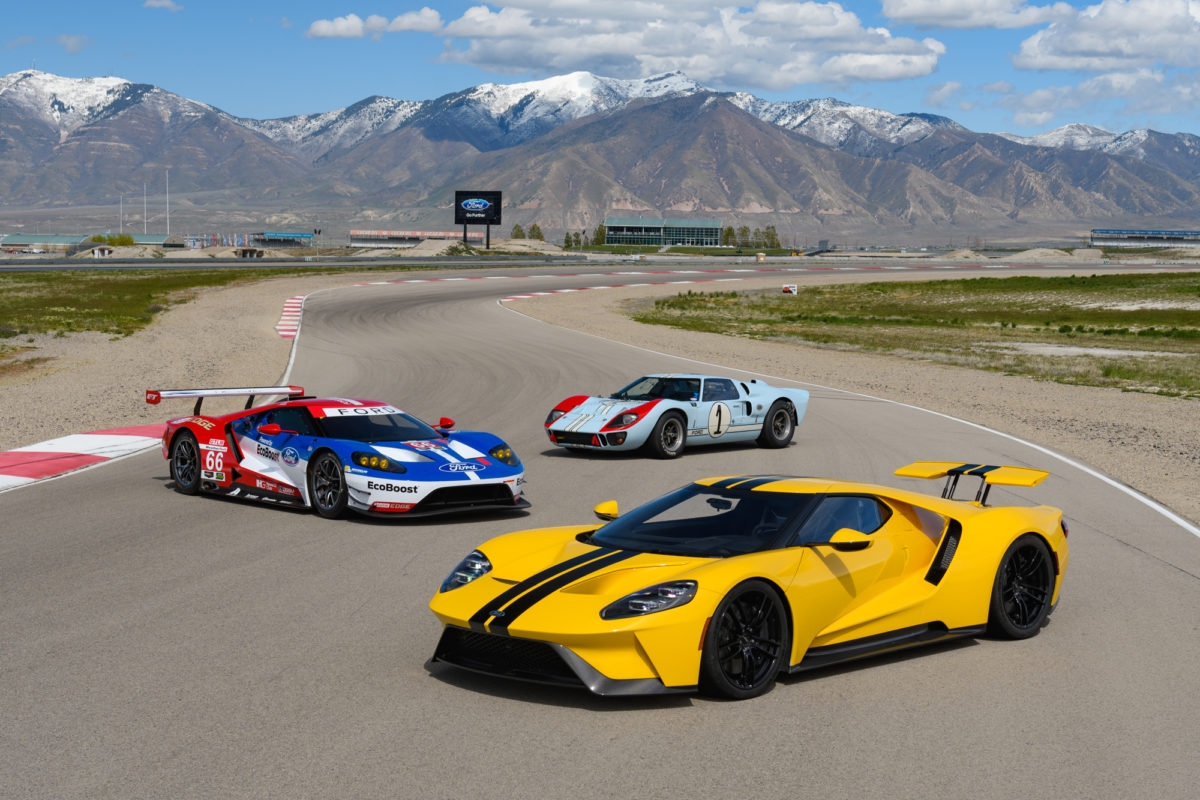 Ford got a bit cheeky with this one. Unlike its rivals in the GTE class it raced against (the Porsche 911, Ferrari 488 and Aston Martin Vantage) the third generation of Ford’s supercar was conceived as a race car first and foremost.

The blue oval’s performance division studied the Le Mans rulebook, came up with the plan for the racing car and then worked backwards to turn it into a road car to comply with the regulations. Yes, the road car was shown first at the 2015 Detroit Motor Show, but by that time the race car was already getting prepped for the track. In fact, while the race car won at Le Mans in June 2016, the first road car didn’t roll off the production line until December that same year.

By working this way Ford Performance created a remarkable supercar. The GT is built around a carbon fibre monocoque, draped in carbon fibre panels and powered by a 3.5-litre twin-turbocharged V6 engine. They even painted some special editions in racing colours – making it even harder to tell road and race apart.

For those lucky enough to buy a GT, they not only got one of Ford’s finest road cars but a piece of the company’s motorsport history. 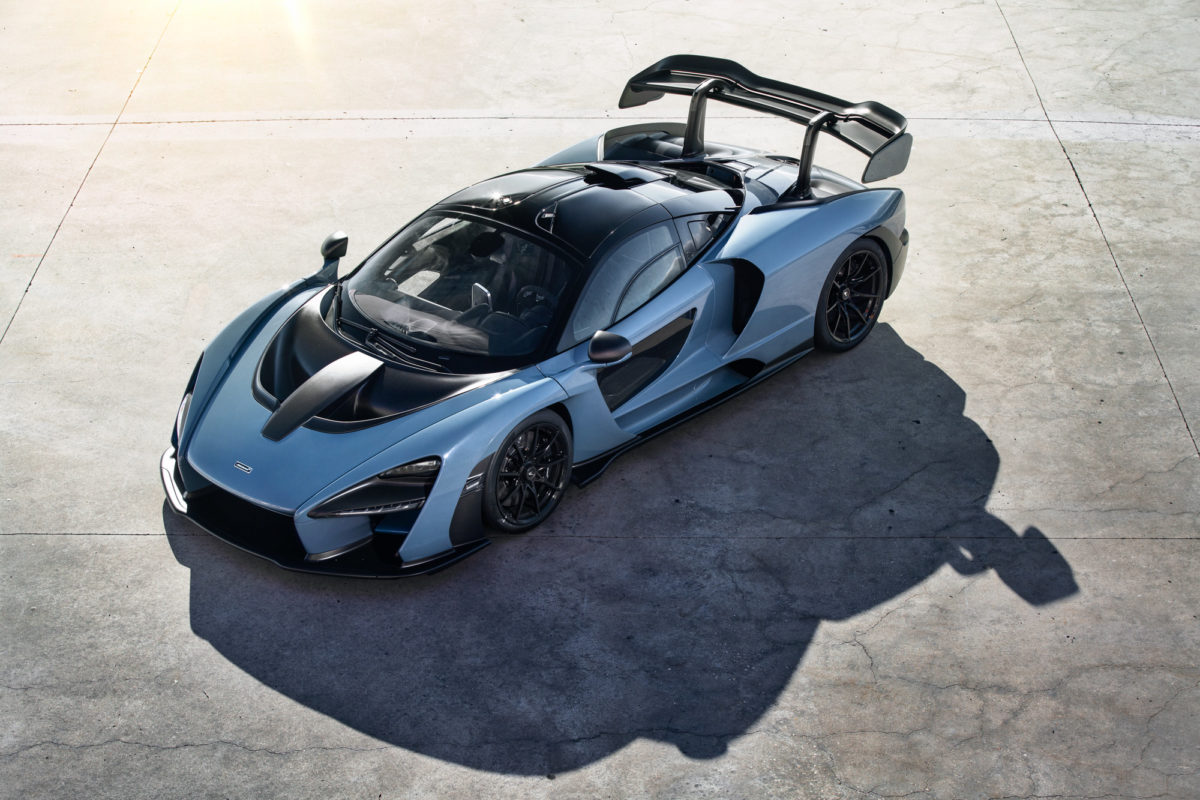 A car named Senna belongs on this list. Just looking at it it’s clear why McLaren chose to name it after a driver renowned for his uncompromising dedication to being the fastest man on track.

The British brand, which is a sister-company to the F1 team, has a ‘form follows function’ mentality for its designs and the Senna is the most extreme example.

Technically speaking it’s a road car, but it’s pretty clear McLaren had the racetrack in mind when it designed the Senna. It may not be as powerful as the other cars on this list, boasting ‘only’ 383kW, but when it comes to integrating road cars and motor racing few do it better than Porsche.

The 911 GT3 RS is the purest form of the German brand’s iconic sports car and it forms the basis for the Carrera Cup racing cars. In fact, it’s built on the same production line as the race car in Zuffenhausen.

It also features the same free-revving 4.0-litre six-cylinder engine as the Cup car, with the road car using a valve train developed by Porsche Motorsport. That’s how closely the two cars align.

Driving the GT3 RS is the closest you can get to a Carrera Cup car without a helmet and firesuit.