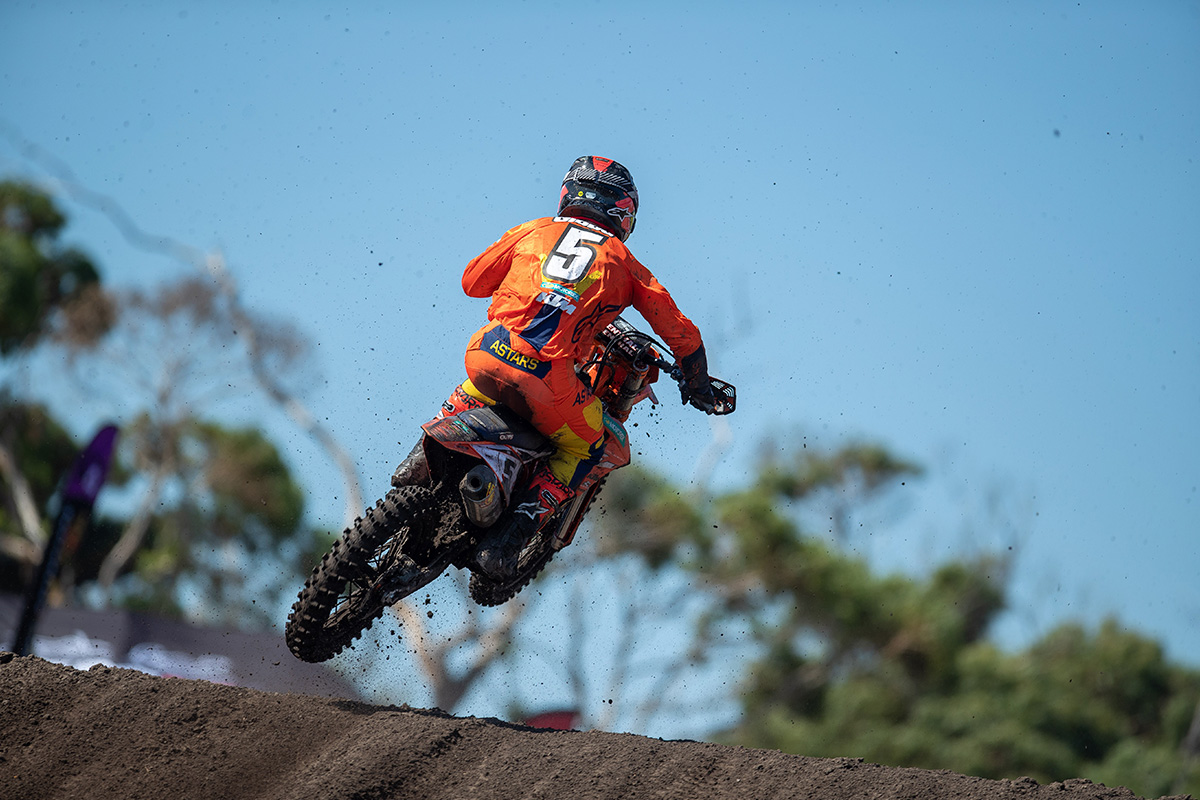 A top-five finish for KTM Racing Team’s Kirk Gibbs in the opening round of the 2022 ProMX Championship has marked a strong start to his MX1 campaign in the national series.

Gibbs, 33, set the fifth-fastest qualifying time at the rough Wonthaggi circuit in Victoria, then enjoyed a great jump off the gate in the opening moto to finish lap one in third position.

The usually-consistent former champion experienced a minor, unforced crash midway through the race, which saw him drop down the order and he had to fight hard to finish seventh in the hotly-contested premier class.

In the second MX1 outing, Gibbs and his KTM 450 SX-F again powered quickly out of the gate and into third position behind two of his main rivals for this year’s title.

Queensland-based Gibbs held third for half race distance before surrendering two positions, however, a late fall from the previous race leader then promoted him to fourth place and fifth overall, securing a solid haul of points in the process.

The second round of the Australian ProMX Championship will be held at Mackay, QLD, from Sunday, 10 April.

Kirk Gibbs: “It’s always good to take some good points from the first round, but to be honest, I felt a little rusty from a lack of bike and race time. I was a bit disappointed to fall over in the first race as that could’ve been an easy top-five turned into a hard-fought seventh. I was happier with my pace in the second moto, but obviously, I would have been more satisfied with a podium. It’s always good to start racing and know where I’m at. I know what I need to work on before Mackay and it always lights a bit of a fire when you get beaten.”