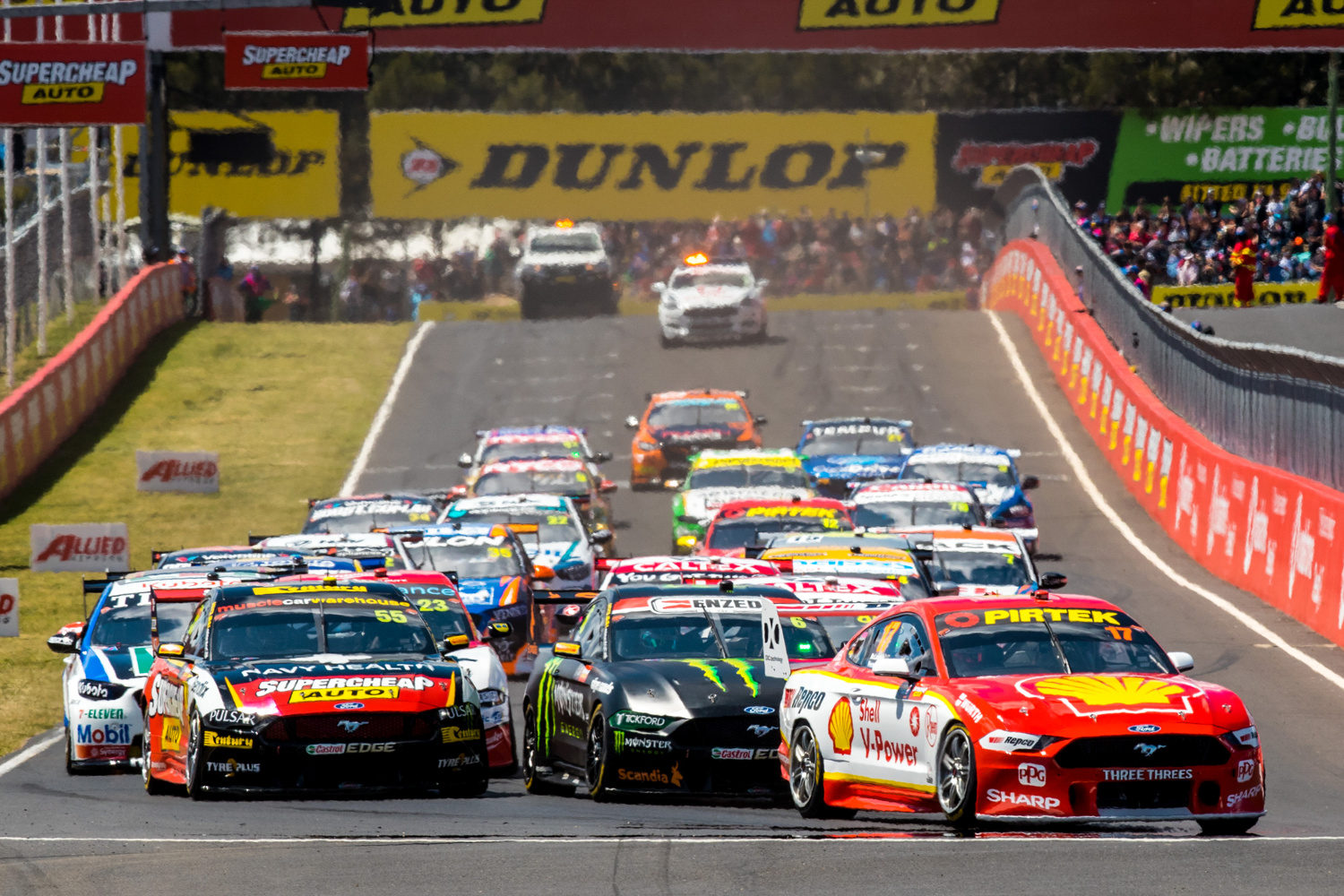 What could the Bathurst grid look like in the future?

Last week we brought you a list of five new cars we’d like to see join the Supercars grid under the Gen 3 rules. This week we’re doing it again – only we’ve taken off our sensible hat and had some fun finding five alternative models that would be amazing to see lined-up on the Bathurst 1000 grid.

Our list of potential Supercars includes actual supercars – Ferrari, Aston Martin and Porsche – but still keeping within the front-engine, coupe/hero car ethos that the category is reportedly honing in on.

Obviously these are some radical suggestions but if even just one of them came off it would be a massive coup for Supercars and help the sport’s new era take-off with a bang. 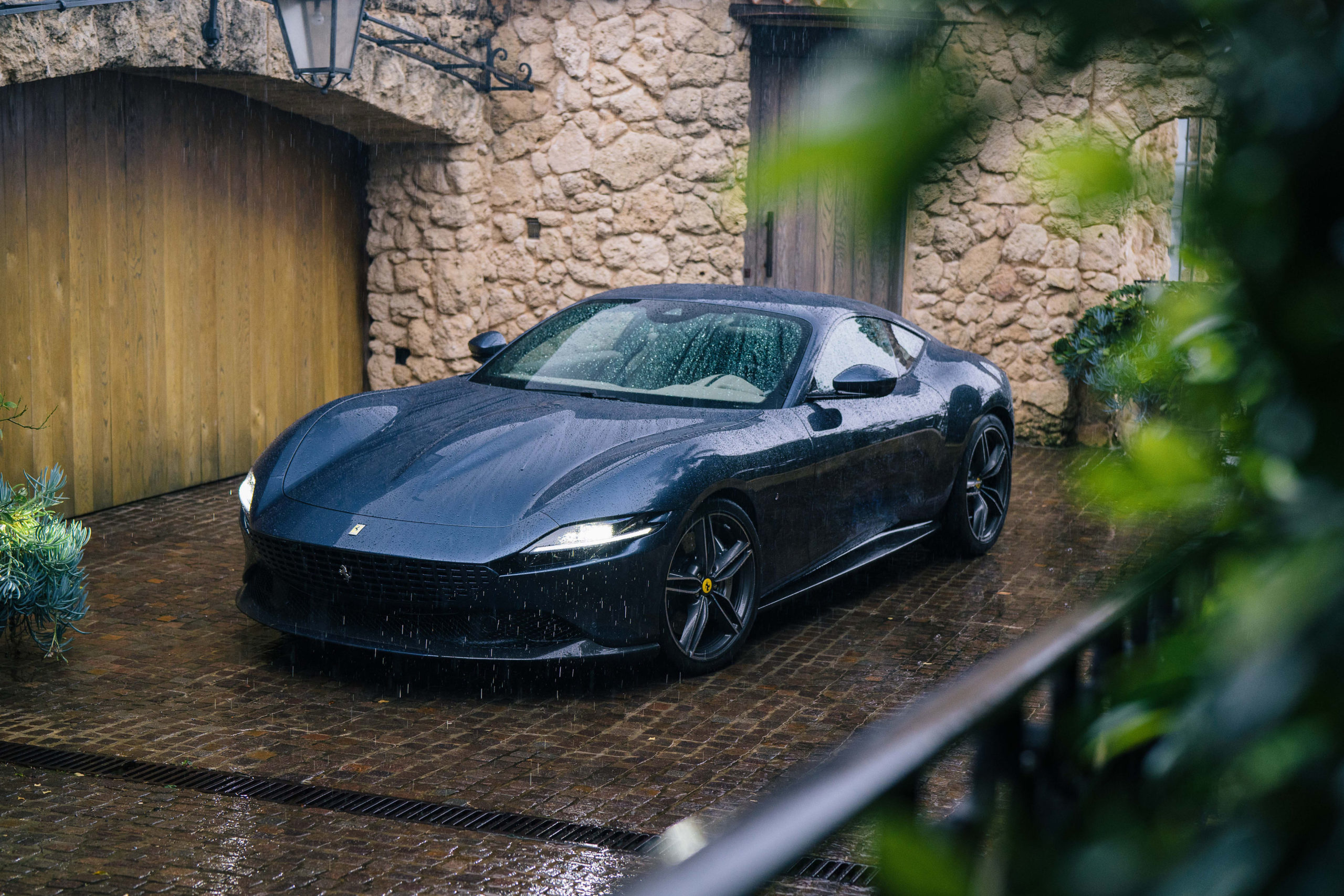 There’s no bigger name in motorsport than Ferrari and if Supercars is looking for ‘hero’ cars few are more heroic than the Prancing Horse.

The Roma is the company’s latest model and it’s a classic, front-engine, two-door coupe that looks fast standing still. It would make a great-looking Supercar with suitable racing adjustments.

There’s even a ready-to-go engine option, because the Roma uses a version of the 3.9-litre twin-turbo V8 used by the 488, which uses a racing version of the engine in its GT3 entry.

A Ferrari Supercar entry may sound far fetched, but you can’t stop us dreaming. 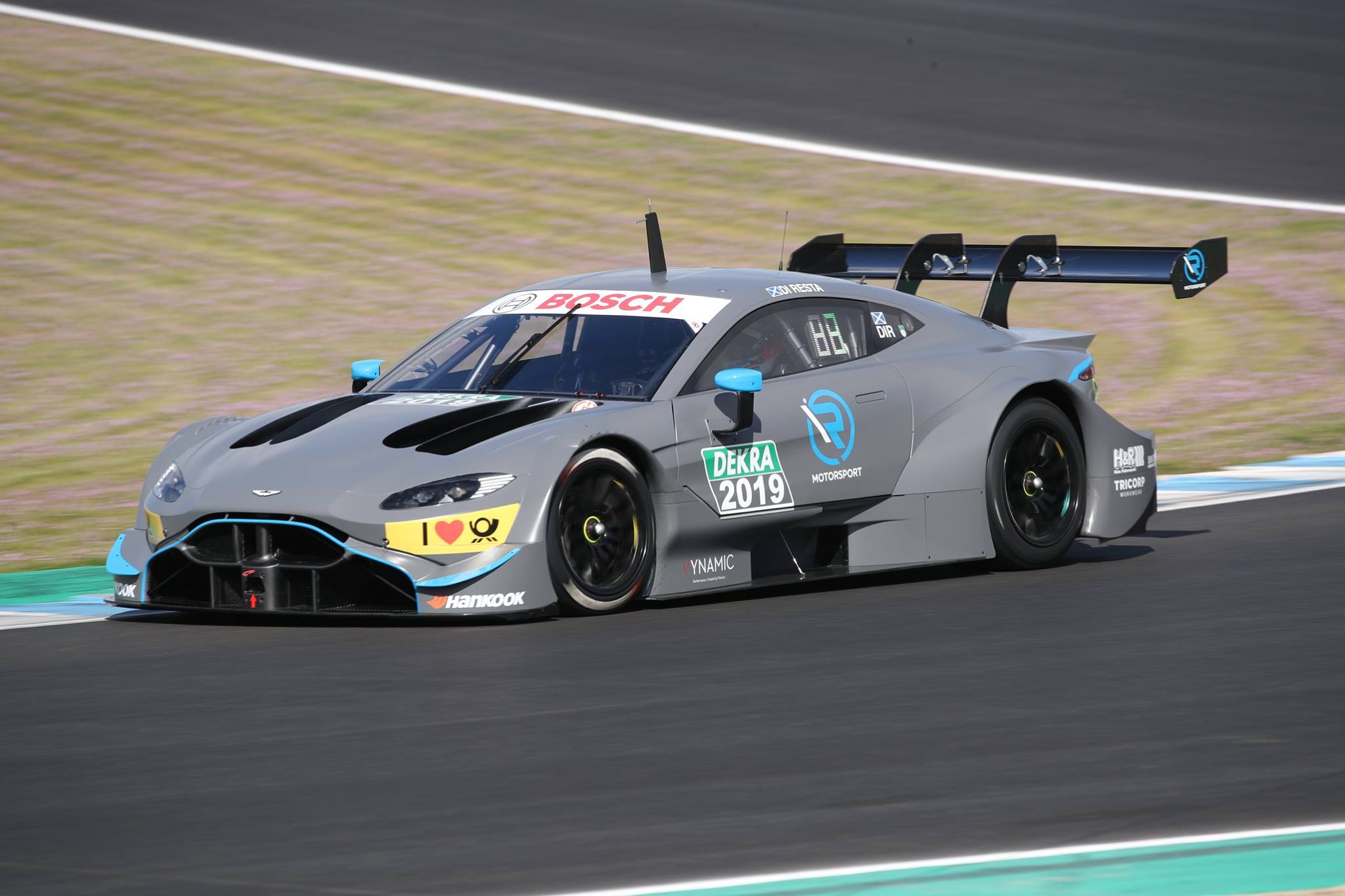 An Aston Martin touring car?! Well, it was good enough for the DTM, so why not Supercars?

Like the Ferrari the Vantage is a stylish two-door coupe and a genuine sports car that obviously sits well above the Ford Mustang in the market, so the pressure to perform would be heightened.
The brand is getting more heavily involved in motor racing under the new owner Lawrence Stroll, with the Force India F1 team set to be rebranded as the factory Aston Martin team.

The Vantage is powered by a Mercedes-AMG 4.0-litre twin-turbo V8, the GT3 racing version of which could serve as the foundation for a potential Supercar (final Gen 3 rules allowing).

The British brand’s DTM program was a privately-funded program from R Motorsport, so it’s not outrageous that a local Aston Martin fan could do the same here, is it? 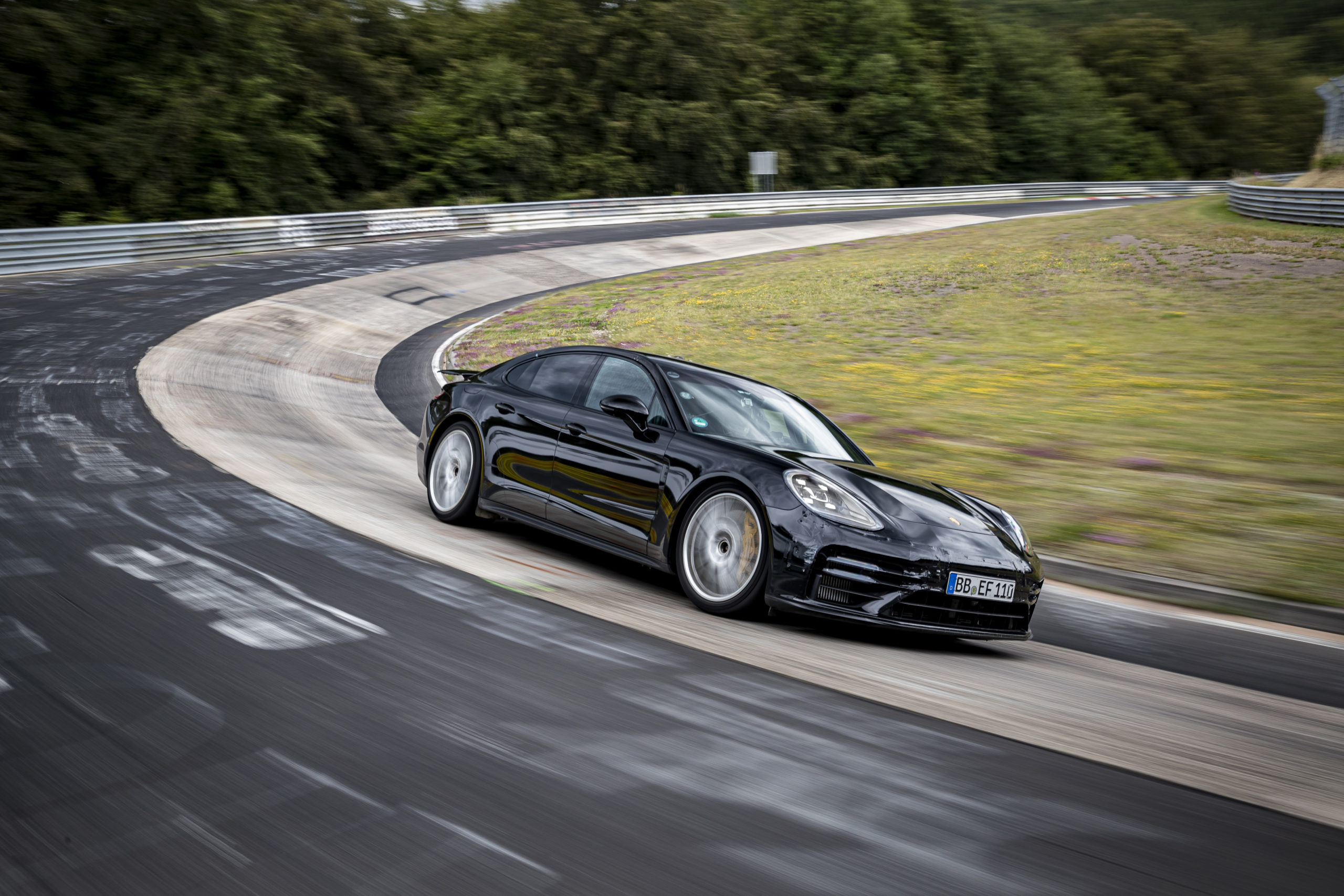 Porsche has been a staunch supporter of local motor racing for decades. In recent years it’s focus has been on the Carrera Cup category and that’s been a huge hit, not only providing great racing but promoting the careers of plenty of young talent; Matt Campbell being the best example.

There’s plenty of Porsche superfans in the Supercars paddock so why not take the brand all the way into the main game if the rules allow. The 911 and 718 are both out of the question because they’re rear- and mid-engined, but the Panamera sports sedan could be turned into an awesome Gen 3 Supercar.

Although, if we were really being honest it would be great to see Porsche use the Panamera Sport Turismo, in a tribute to Volvo’s iconic 850 Wagon Super Tourer. The BMW M4 Coupe and the M4 GT3 have been developed together, underlining the Bavarian brand’s motorsport heritage

It may be polarising to look at, but when it comes to prime candidates for hero sports coupes the Bavarian brand is near the top of the list. In fact, over the Supercars management has made little secret that they’d love to see the likes of the M4 and its market rivals – the Mercedes-AMG C63 and Audi RS5 – lining up on the grid.

Of course there have been rumours in the past, particularly around Walkinshaw Andretti United and its BMW-links through Formula E, but so far BMW has stayed mum.

With the new model already being prepared for GT3 racing it’s unlikely a factory-backed Supercars program could get up, but with the right people talking perhaps a well-placed Supercars team could get permission to run the big-nosed coupe. 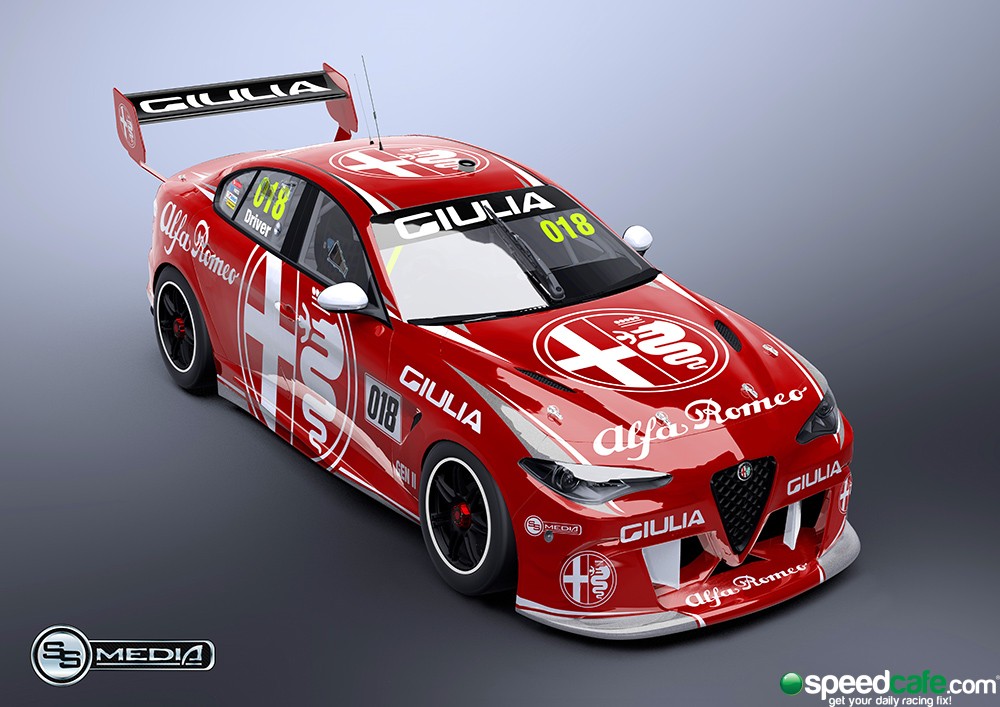 Few brands have the sort of racing heritage that Alfa Romeo can boast – it was the company that gave Enzo Ferrari his start.

Of all the cars on this list the Alfa Romeo Giulia arguably makes the most sense, not only does the brand have global history in touring car racing (see the World Touring Car Championship) but also Colin Bond famously ran GTVs and 75s locally in the 1980s.

But more than that, Alfa Romeo needs attention. The brand’s relaunch as a premium brand and Italian answer to BMW and Mercedes (led by the Giulia) has been a struggle. A high-profile (and successful) racing program could help more people pay attention to Alfa Romeo again.

And the Giulia is such a good looking sedan it would undoubtedly make a stylish Supercar.