Top 5: Highlights of the motor show that never was

Top 5: Highlights of the motor show that never was 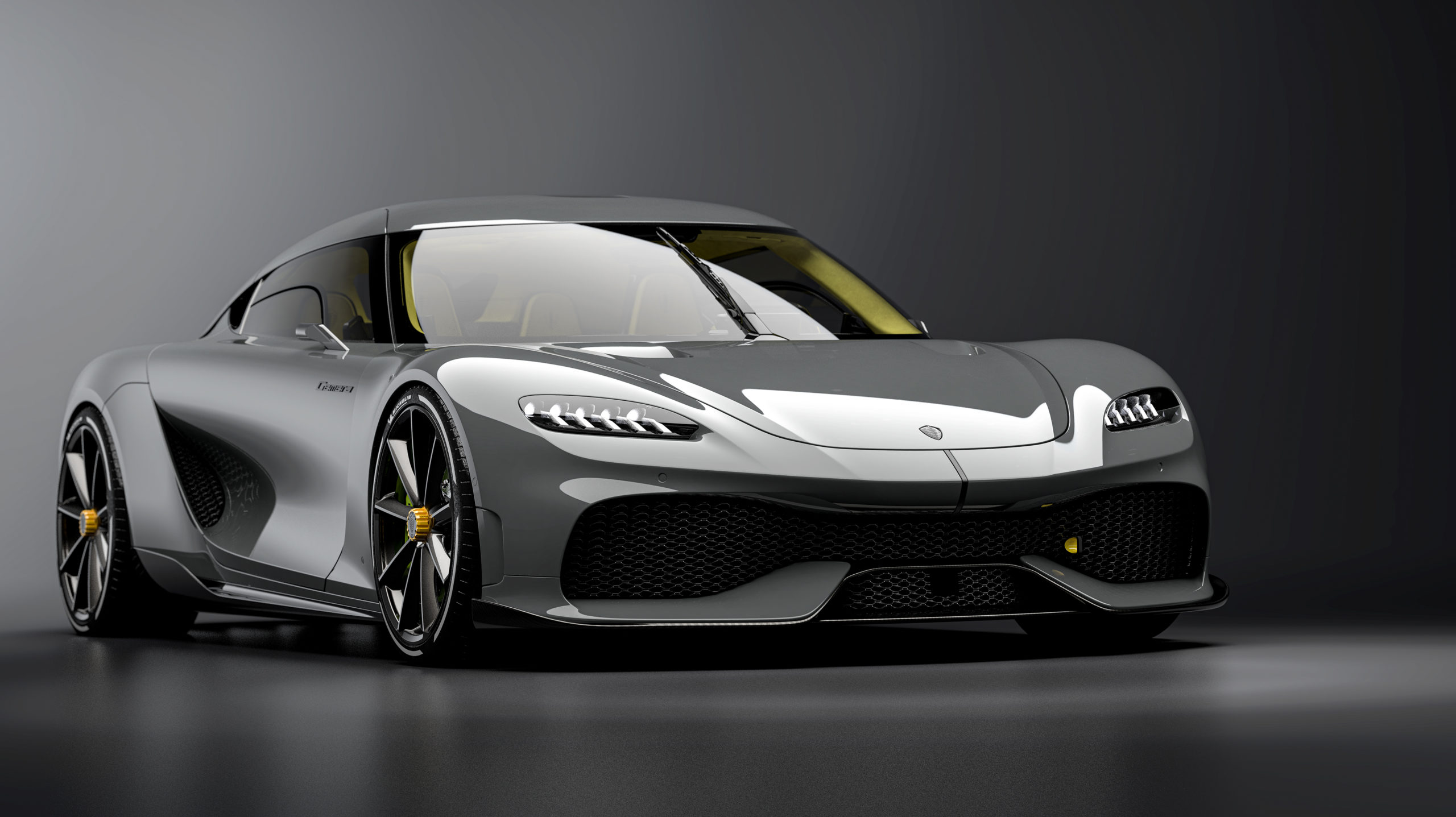 The 2020 Geneva Motor Show never happened. Fears around the spread of the coronavirus forced the Swiss organisers to call off the event – but only after car companies had invested millions in stands to show off their newest models and latest concept cars.

But instead of hiding them away for the next motor show, car companies have spent the week digitally unveiling what that had in store for the Geneva show. Porsche showed off the new 911 Turbo S, McLaren its new 765LT and Alfa Romeo its red-hot Giulia GTAm.

There are so many cars uncovered this week it’s too hard to mention them all (and some are a bit boring) so instead we’ve picked the best of the best to bring you the highlights of the motor show that never was. 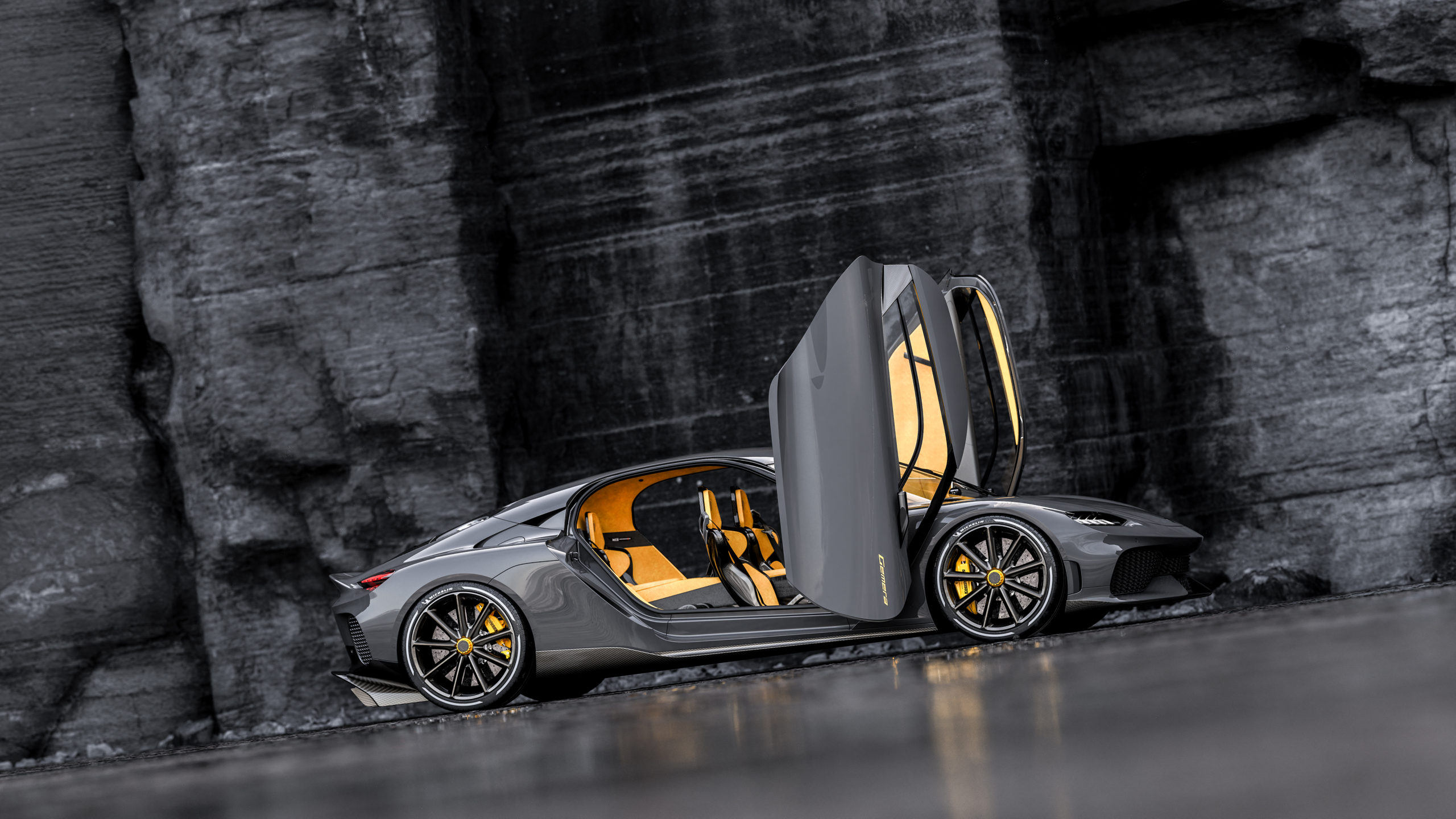 You and the family will never be late for footy practice thanks to the mad geniuses at Sweden’s Koenigsegg who came up with this 1268kW four-seater. Called the Gemera and dubbed a ‘Mega GT’ this is unquestionably the most powerful and most extreme family-friendly car ever built.

The immense amount of power comes from three electric motors (one on each rear and one on the crankshaft of the engine) and a 2.0-litre three-cylinder twin-turbo petrol engine – affectionately known as the Tiny Friendly Giant (TFG). In order to enhance its green credentials, the TFG can run on renewable ethanol or methanol (or conventional petrol if required). 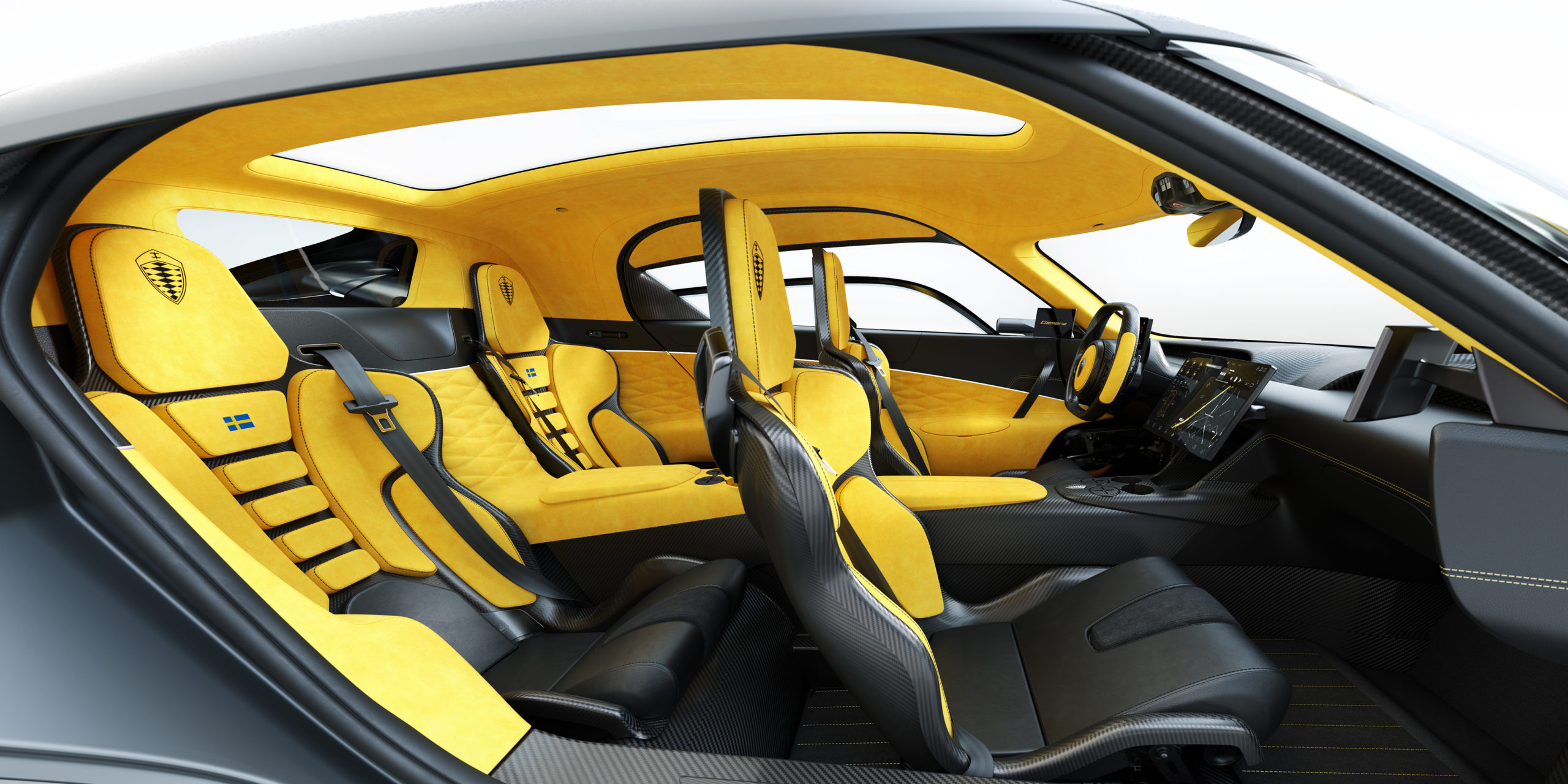 “Ultimate performance has belonged to the world of two-seaters with very limited luggage space – until now,” said Christian von Koenigsegg. “The Gemera is a completely new category of car where extreme megacar meets spacious interior and ultimate environmental consciousness.”

Of course, such an extreme machine isn’t for every family, so Koenigsegg will only build a limited run of 300 examples of the Gemera. Whether you’re a fan or not, get used to BMW’s big and bold new look. The i4 Concept previews the brand’s upcoming electric sedan that will take on the Tesla Model 3.

Behind the enormous new grille is a new electric drivetrain that the company claims will be capable of up to 600km of range, 395kW of power and a 0-100km/h time of just 4.0 seconds.

“The BMW Concept i4 brings electrification to the core of the BMW brand,” explained Adrian van Hooydonk, head of BMW Group Design. “The design is dynamic, clean and elegant. In short: a perfect BMW that happens to be zero emission.” 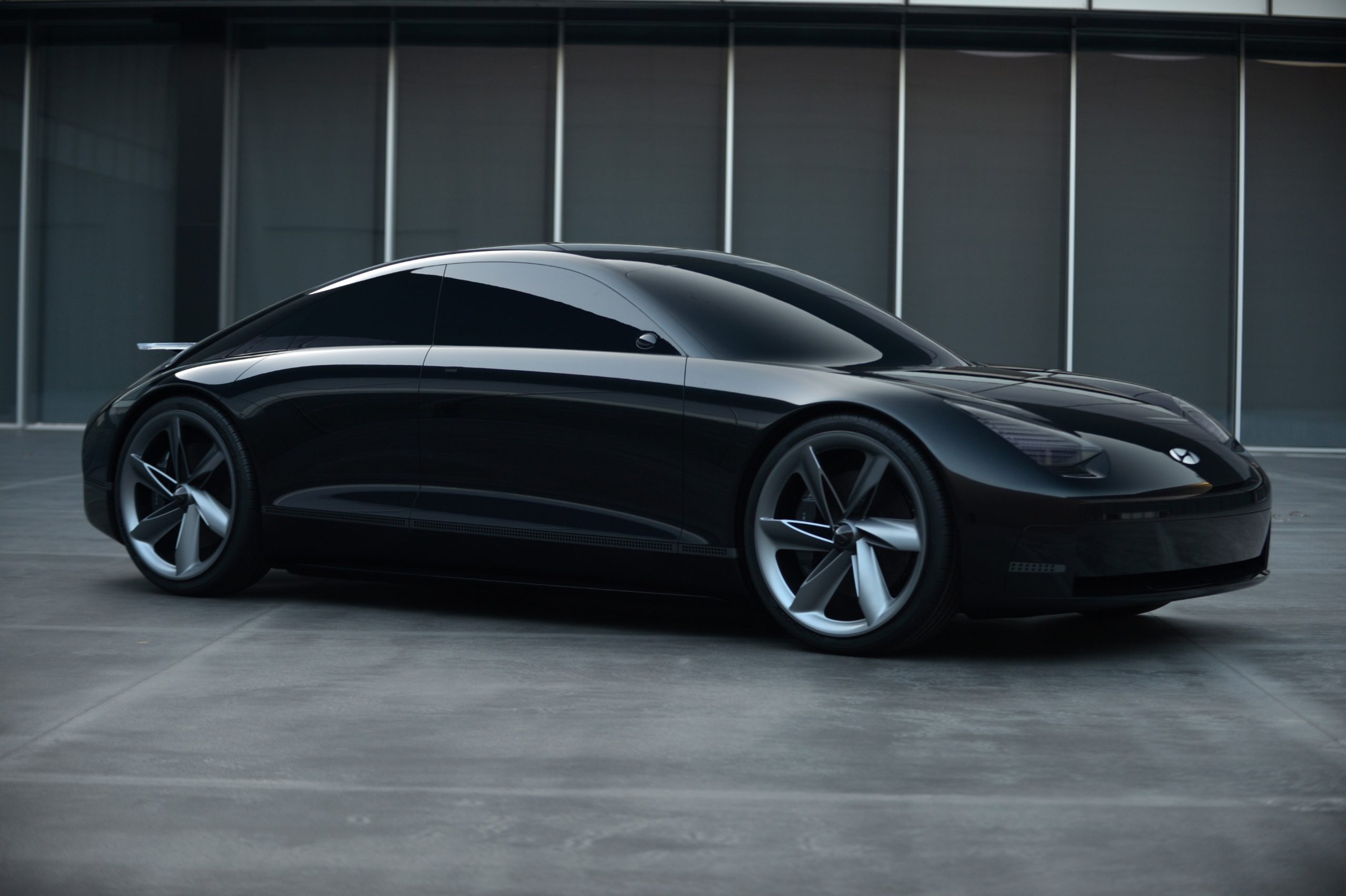 No, this isn’t a new Porsche concept it’s actually a Hyundai. Grandly dubbed the Prophecy, this new concept has been designed to showcase both the latest evolution of its ‘Sensuous Sportiness’ design language but also its electric powertrain future.

Despite the obvious 911 comparisons, the South Korean brand says the shape has been honed by aerodynamics for maximum efficiency, while also taking inspiration from minimalist design. 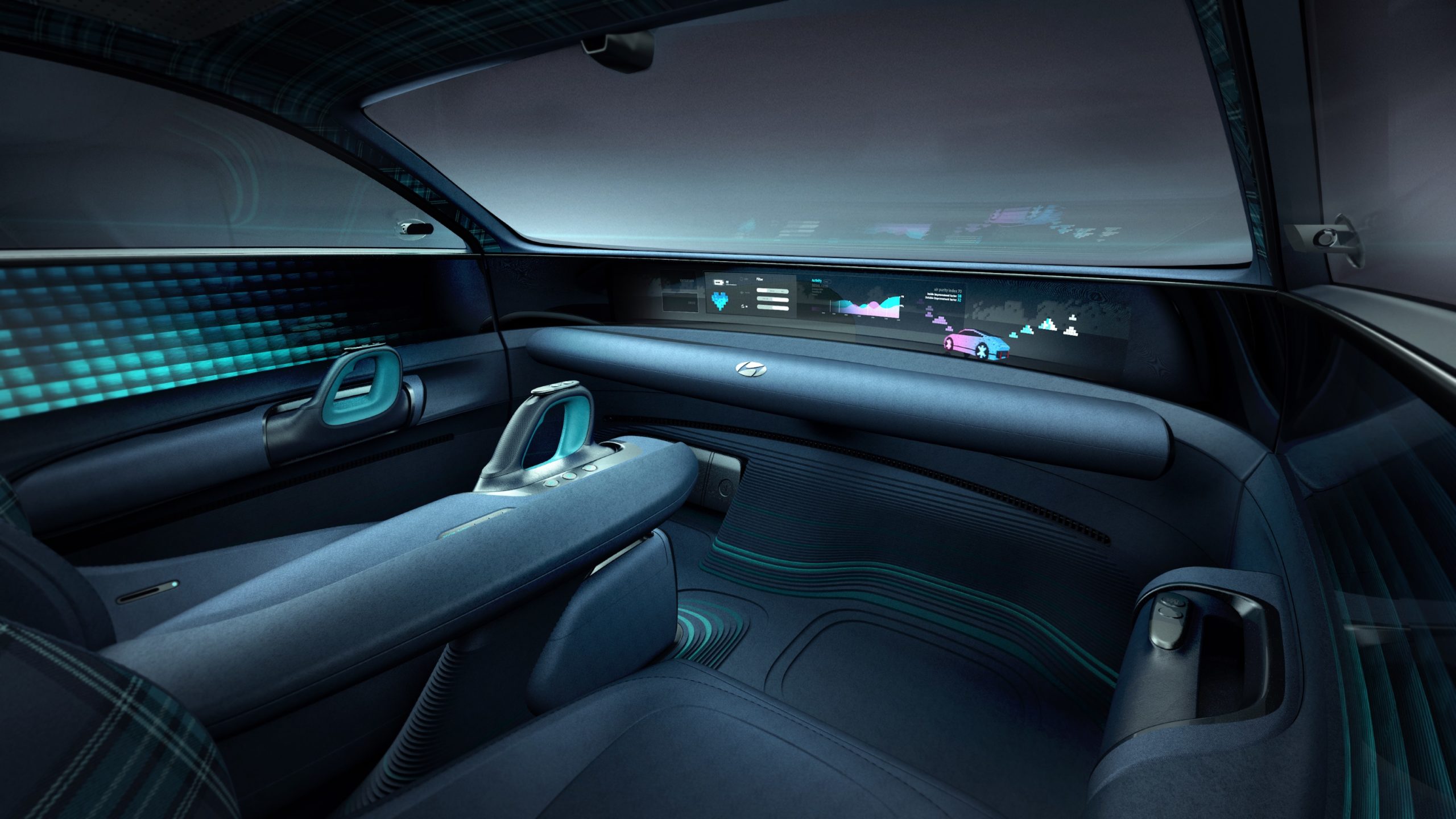 Inside it’s even more radical and minimalist – there’s no steering wheel. Instead the Prophecy (theoretically) relies on autonomous technology for control (or the driver can use a pair of joysticks when desired), leaving the driver and passengers to enjoy the widescreen display and reclining seats.

Don’t expect to see the Prophecy in a Hyundai showroom anytime soon, but elements of its design and technology will likely filter down in the coming years. Volvo’s electrified performance spin-off would have had one of the starring attractions in Switzerland. The striking Polestar Precept is a fully-electric, four-door grand tourer that the company calls “a manifesto of things to come.”

It puts an onus on technology and a shift away from conventional design that an electric powertrain provides. For example, the front grille is replaced by what the brand calls the “Polestar SmartZone” which it says shifts the focus on the front end of the car from “breathing to seeing” with no more radiator to cool an engine – so instead its filled with sensors for improved safety.

There’s plenty of other new or interesting design and technology on display, including wing mirrors replaced with cameras, the glass roof that extends beyond the cabin and the seats that are made from 3D-knitted recycled plastic bottles.

“Precept is a declaration, a vision of what Polestar stands for and what makes the brand relevant,” said Polestar CEO, Thomas Ingenlath. “The car is a response to the clear challenges our society and industry face. This is not a dream of a distant future, Polestar Precept previews future vehicles and shows how we will apply innovation to minimise our environmental impact.” 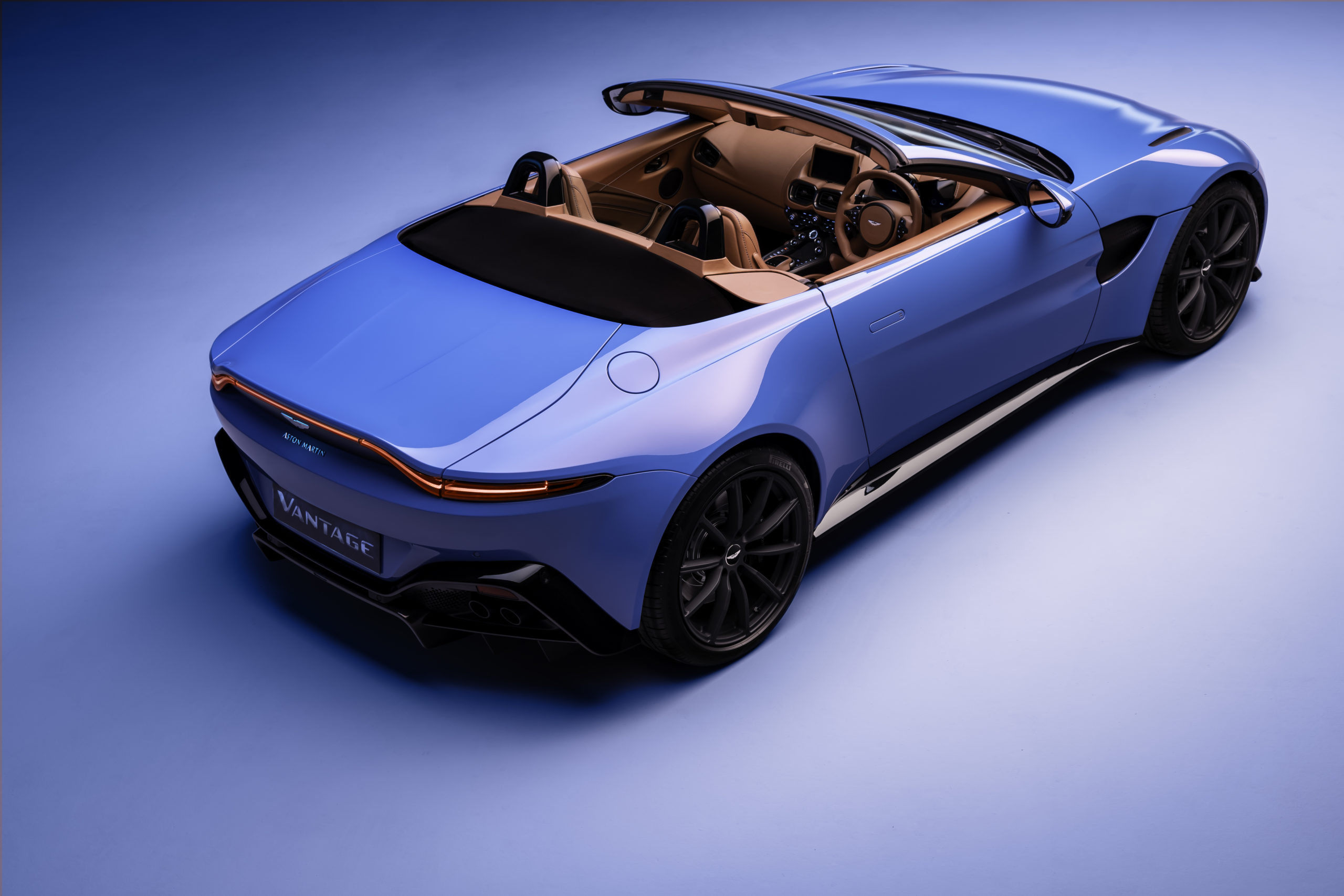 It may look like a Vantage without a roof (and that’s what it is) but the new Aston Martin Vantage Roadster would have undoubtedly turned plenty of heads in Geneva. The stylish, sleek lines of the Vantage translate well to this soft-top version.

Under the bonnet is the same 4.0-litre twin-turbo V8 sourced from AMG, so it’s almost as quick as its fixed-roof sibling. Where it’s equally as fast is the roof itself, which the British brand claims is the fastest full operating cycle of any convertible car.

The tailored fabric roof can be stowed in just 6.7 seconds, or raised into position in 6.8 seconds at speeds of up to 50km/h.