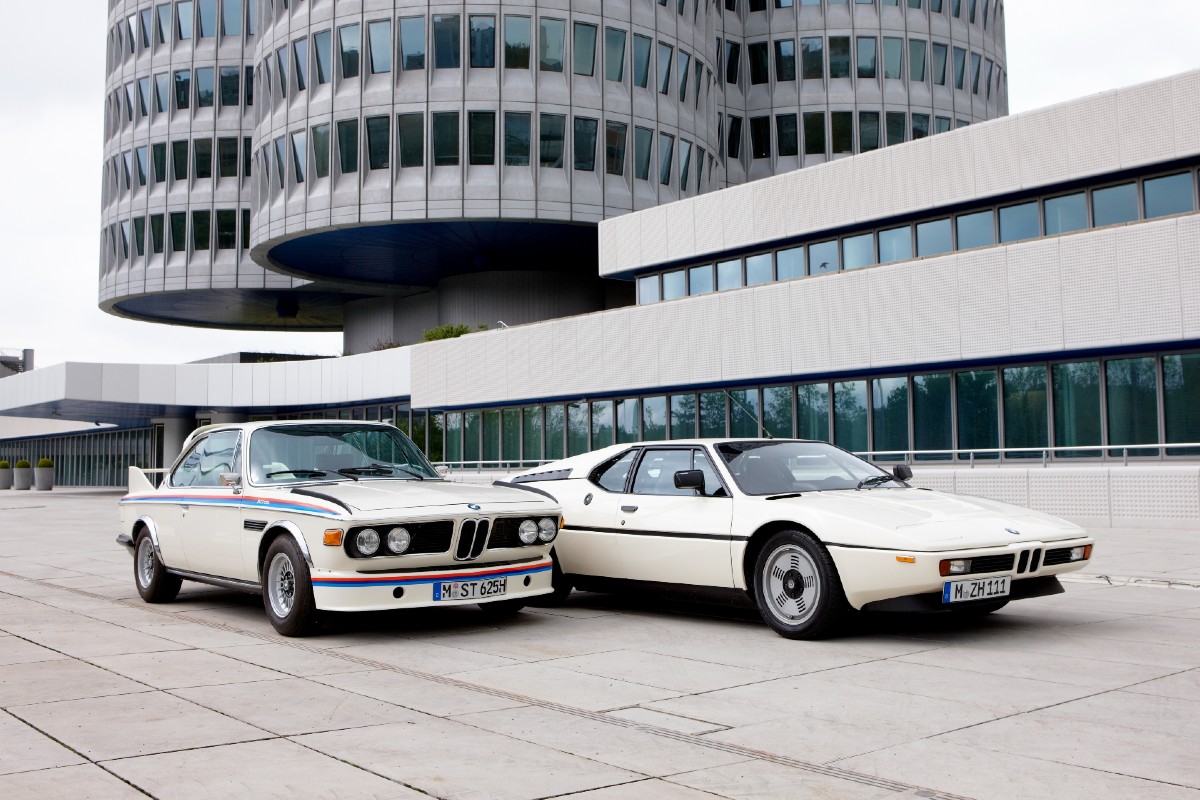 The beginning: The BMW 3.0 CSL and M1 started the legend of the BMW M brand

As the old saying goes, motorsport improves the breed.

If you want proof look no further than BMW and its current line-up which includes no less than 20 M or M-badged models. In 2022 BMW M GmBH celebrates its 50th anniversary and while it has changed a great deal since then – with the M badge now on SUVs and even electric cars – at its core the brand is still about racing-inspired performance.

The famous M division began in 1972 with the introduction of the iconic 3.0 CSL, a lightweight homologation special built to get the brand’s coupe competitive in the European Touring Car Championship (ETCC). It more than succeeded, the 3.0 CSL won the ETCC in 1973 and to class victory at Le Mans that same year before winning the ETCC every season from 1975 until ‘79.

By that time BMW had launched its first bespoke M model, the M1, and set the brand on course to produce some of the best sports coupes and sedans of the past five decades. In honour of this milestone we’ve selected five of the best BMW M models. 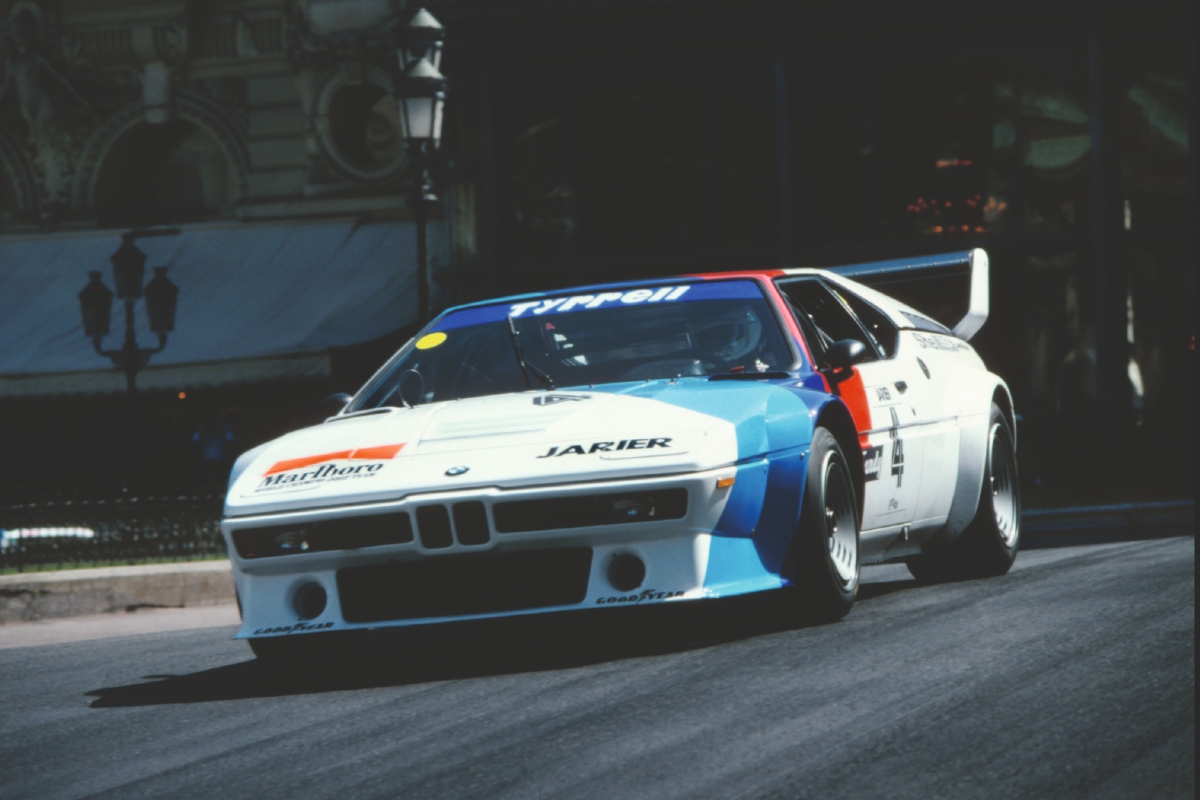 It was designed from the beginning with racing in mind but became a road-going supercar that started the BMW M legend.

BMW originally partnered with Lamborghini to develop a mid-engine sports car capable of beating Porsche’s 935 Group 5 racing car on the track. The chassis was designed by Gianpaolo Dallara himself and the body designed by Giorgetto Giugiargo before Lamborghini bowed out and BMW took control of the project in-house.

The engine was BMW’s 3.5-litre inline six-cylinder tuned to make 204kW of power and 330Nm of torque and drives the rear wheels through a five-speed manual transmission.

BMW was required to make 400 road cars in order to meet the sports car regulations of the time and to help achieve that the BMW M1 Procar Championship was created. This Formula 1 support act attracted both up-and-coming aces and the best talent on the F1 grid for a series like we’ll never see again. Niki Lauda won the ‘79 title and Nelson Piquet claimed the ‘80 championship.

The M1 went on to race in the Group 4 class of the sports car series until the mid 1980s. BMW only ended up making 399 road-legal examples of the car, as well as an additional 52 racing versions, which makes it both the first BMW M model and one of the rarest. 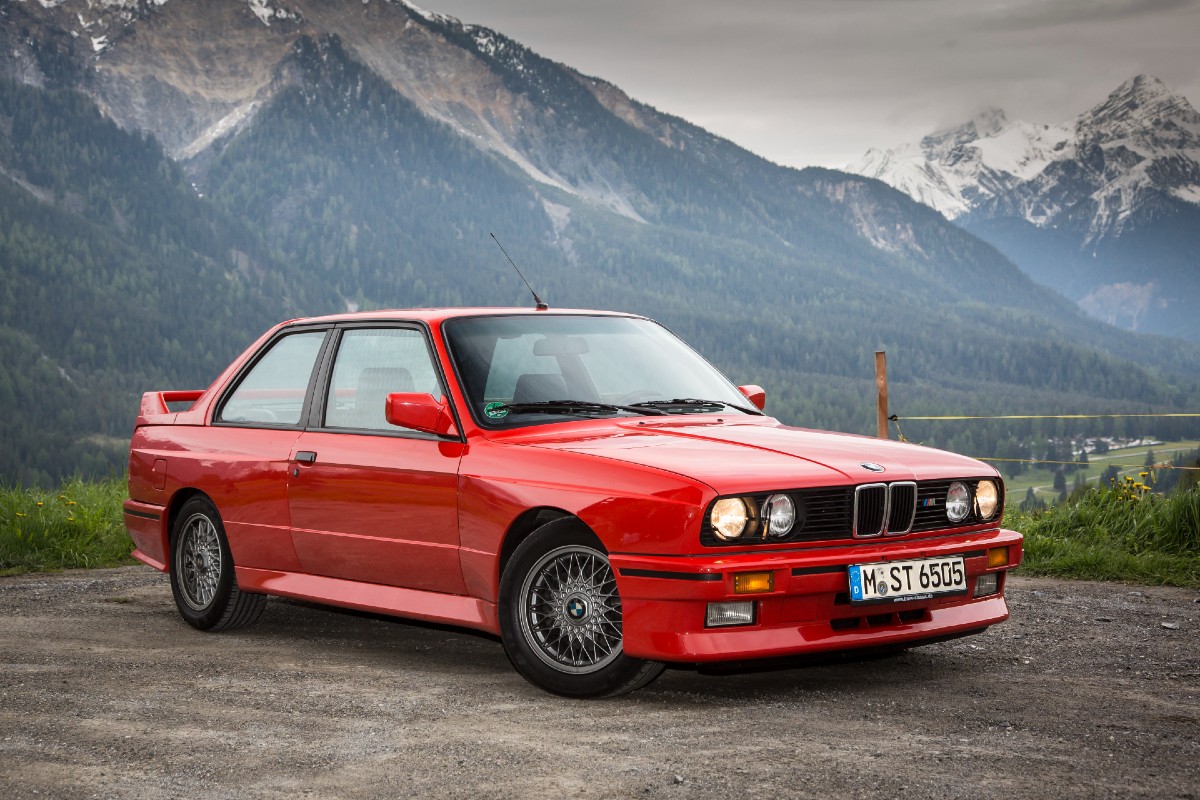 While the M1 laid the foundations for BMW M, it wasn’t until the arrival of the E30-generation 3-Series that the brand really took off. The M3, like so many great cars of the 1980s, was built to meet the Group A touring car rules of the time.

Setting the template for seemingly every model that has arrived since, M division redesigned the body for better aerodynamics, overhauled the suspension for better handling and gave it a more potent engine.

The M3 was powered by a high-revving 2.3-litre four-cylinder that made a era-competitive 143kW which, when coupled to its light body and agile handling, made it the car-to-beat on the road and track. 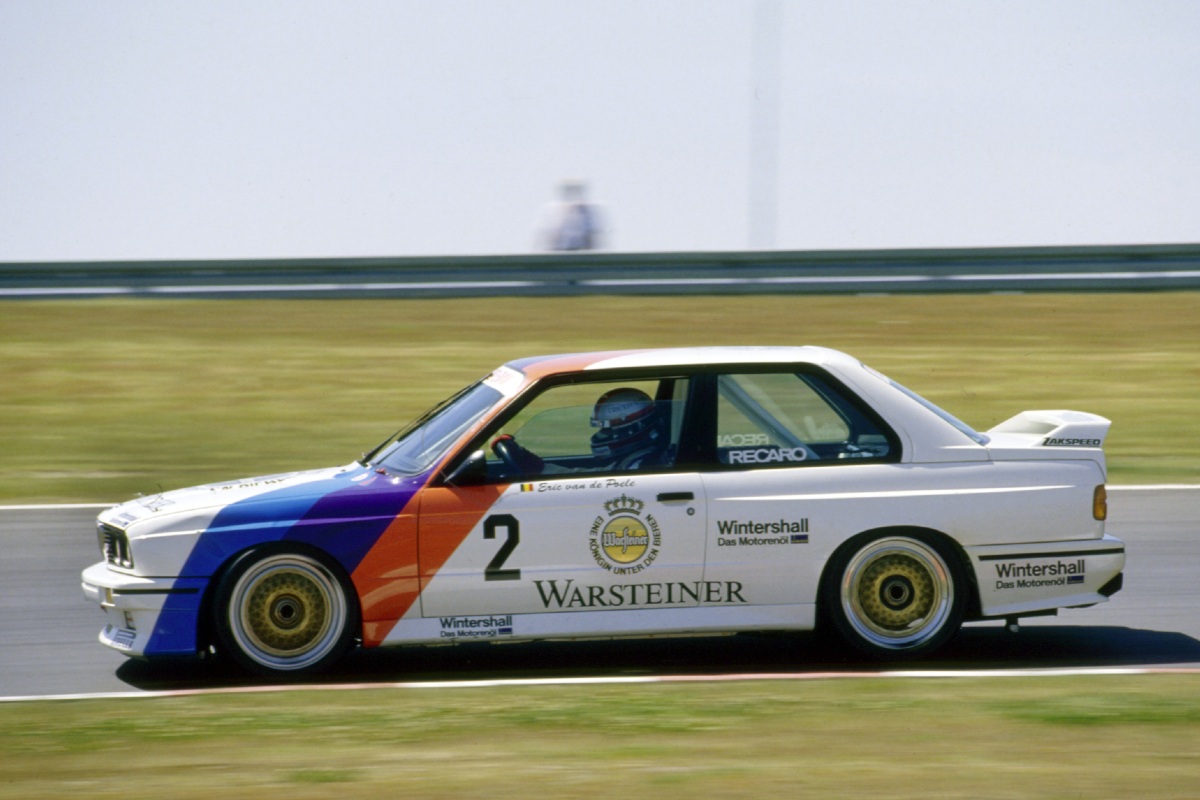 Closer to home Jim Richards won the 1987 Australian Touring Car Championship and was a regular front-runner until the demise of the Group A formula down under.
The road cars have become much-sought after by collectors and now fetch top dollar on the open market. 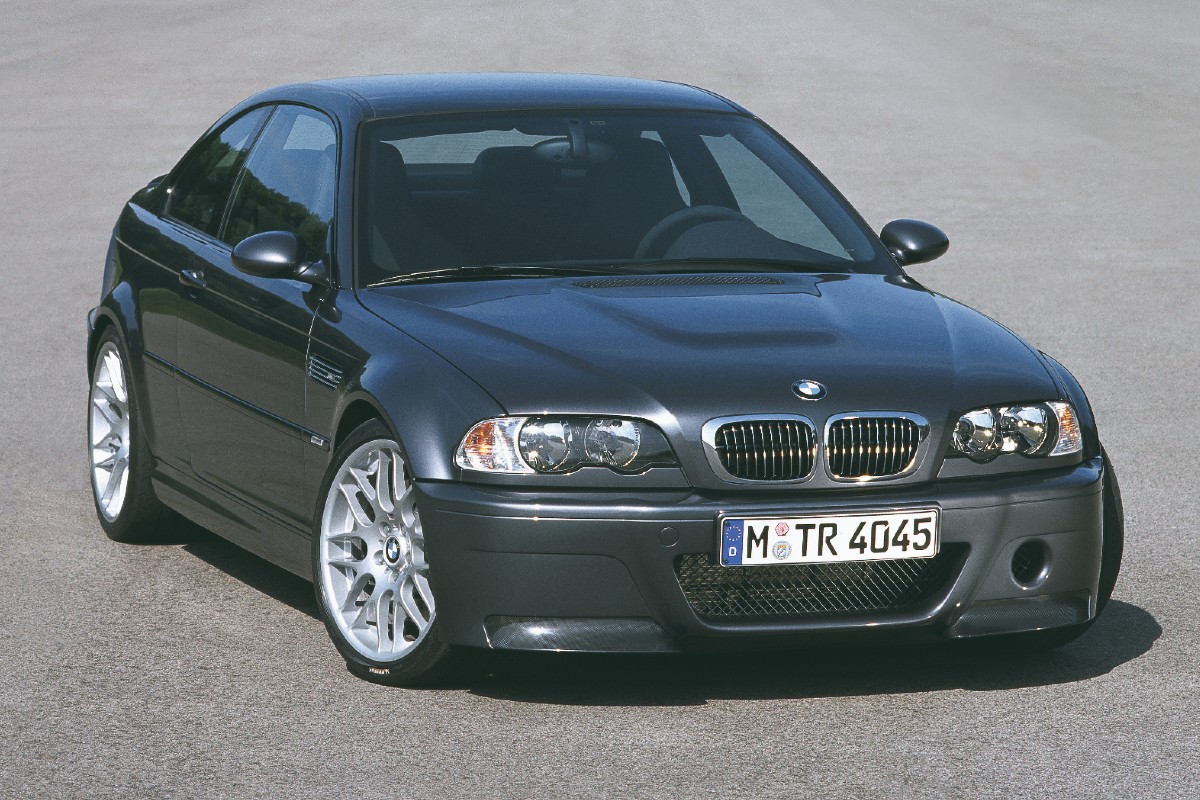 At the start of the new millennium BMW M released what is considered by many to be its greatest ever creation – the E46-generation M3. Not the fastest or most powerful car of its time, but one of the best-handling and most engaging cars M has ever built, the E46 has become a legend.

It was powered by a 3.2-litre inline six engine that made 252kW and revved freely. The E46 was proof that power isn’t everything because while its V8 and turbocharged successors offered more grunt, they have lacked the poise and precision of the E46.

Of course, it did actually introduce the concept of installing a V8 engine into the M3 (which seemed appropriate during the mid-2000 power struggle between BMW M, Mercedes-AMG and Audi Sport), with the race-bred M3 GTR squeezing a 4.0-litre V8 under the bonnet in order to be competitive in the American Le Mans Series (ALMS) against Porsche. 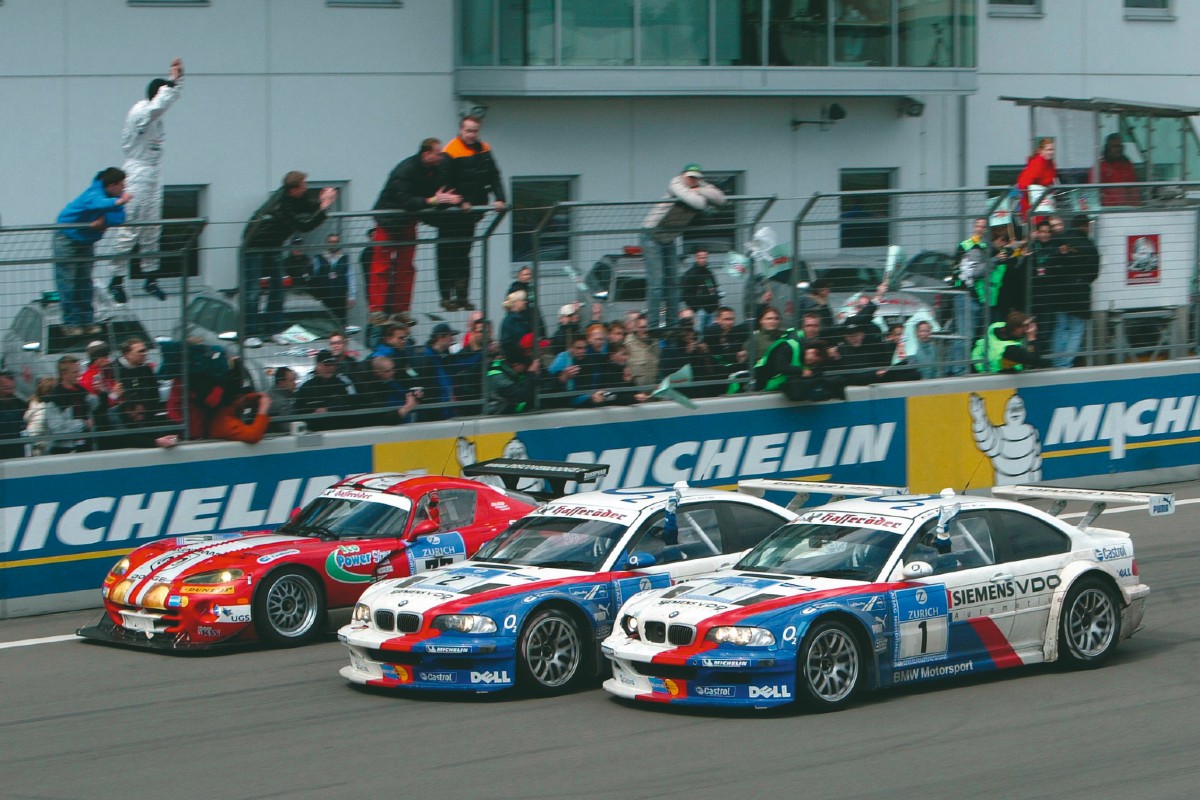 The M3 GTR went on to conquer races on both sides of the Atlantic, winning the 2001 ALMS GT category as well as the 2004 and ‘05 Nurburgring 24-hours.

It wasn’t a perfect car though, with BMW fitting its controversial and clunky ‘SMG’ automated manual gearbox to this otherwise excellent driver’s car. While the SMG was a popular choice at the time collectors now prize the six-speed manual versions, even though they cost significantly more.

BMW M went back to roots with the E46 too, introducing the M3 CSL in 2004. This lighter, more powerful version of the car, which elevated the driving experience even further. 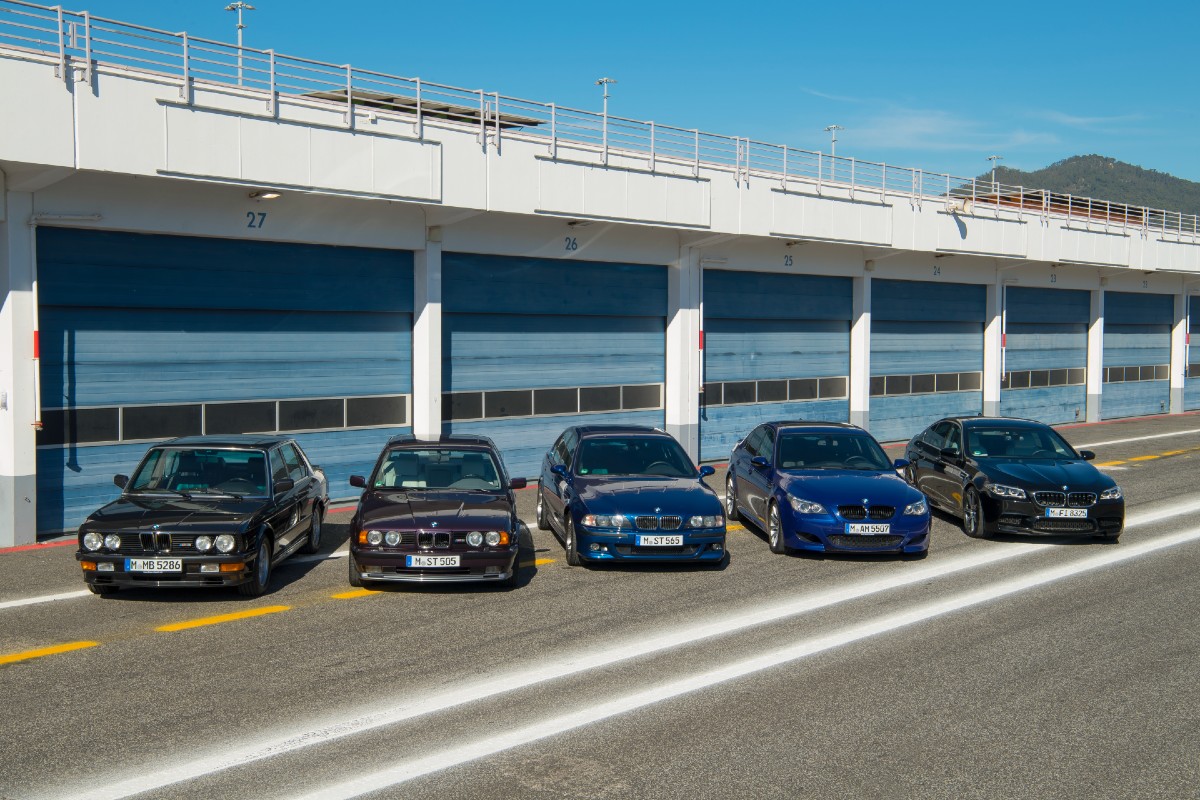 Five generations of the BMW M5

While the M3 is perhaps the most well-known model the brand makes, the M5 sports sedan actually pre-dates it. The first M5 arrived in 1984 when the M team took the engine from the M1 and slotted it under the bonnet of the E28 5-Series.

The knock-on effect of installing an F1-inspired engine in a mid-size luxury sedan was that it created the fastest four-door car in the world, with the M5 boasting a top speed of 305km/h and lapping the Nurburgring in just 8m13sec. 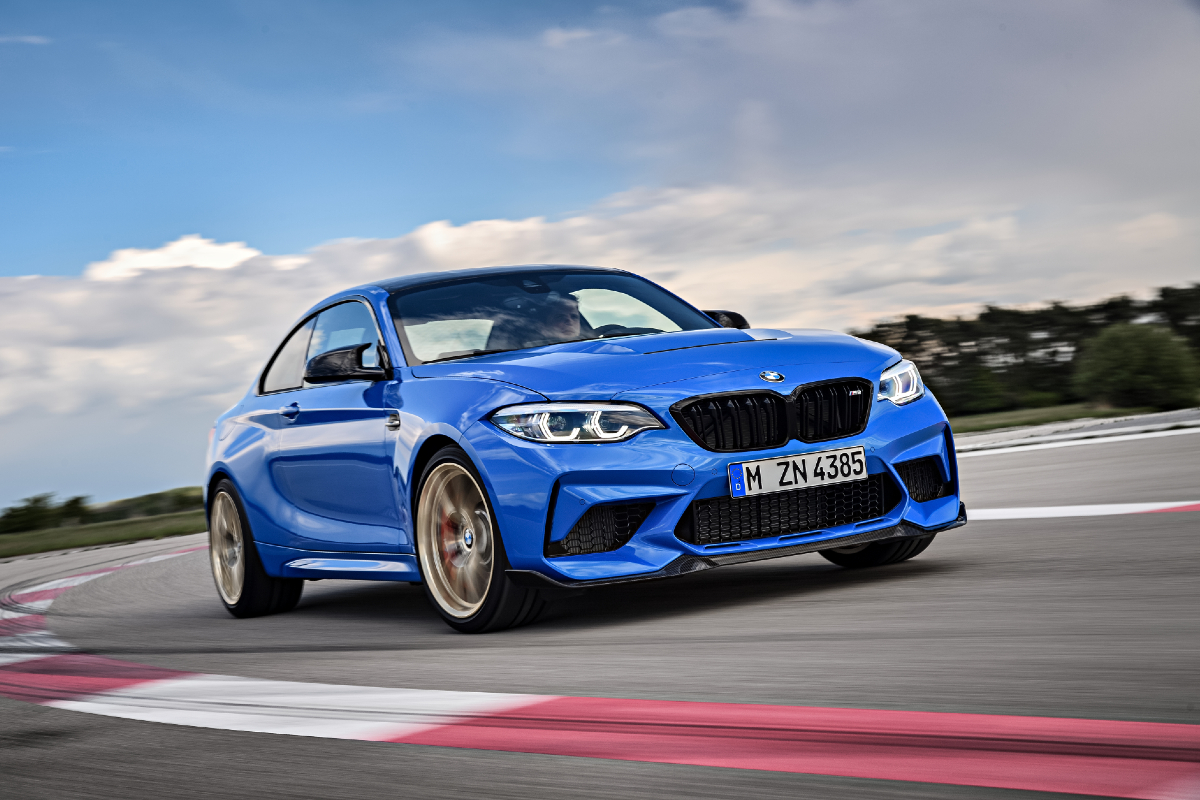 The BMW M2 CS was a throwback model in many respects

Over the years BMW M’s cars became faster and more advanced, but also bigger and heavier. Fans began to miss the simplicity of the compact E30 M3 so the company responded by building a modern take on its ‘80s icon – and, thus, the M2 was born.

While still larger and more powerful than the E30 M3, the M2 managed to recapture its magic, providing driving thrills rather than just brute power. It became a critical and commercial success and was often hailed as the best M car of its era.

Not that it was slow, with the M2 powered by a 3.0-litre inline six-cylinder turbocharged engine making 272kW. But, of course, the M team didn’t stop there and in 2018 introduced the M2 Competition, which was powered by the same 3.0-litre inline six as the M3/M4 of the time, boosting power to 302kW. Then came the M2 CS in 2020, now boasting a 331kW engine taken straight from the M4 Competition.

The M2 proves that BMW M will never stop looking to make faster, more powerful and better handling cars, even if the future will likely look very different with the impending switch to electric vehicles. But, even so, it’s safe to assume BMW M will survive another 50 years – in one form or another…