This year has seen some truly awesome supercars arrive – from the recently unveiled $4.3m GMA T.50 to the awesome $2.7m McLaren Senna LM. But what if you’re on a budget and can’t afford a few million on your new performance car?

Well, we’ve got you covered because we’ve compiled a list of five of the best performance cars on a budget. Of course there are a lot more than five but we’ve tried to pick a variety – not just our favourite hot hatches (so apologies to the very good Volkswagen Golf GTI and Ford Focus ST) – so there’s something for everyone. Let’s start small with the blue oval’s pint-sized pocket rocket. The recently introduced Fiesta ST is a gem, packing so much punch into its small five-door body that it can hold its own against bigger hot hatches – including its own big brother, the Focus ST.

Under the bonnet is a 1.5-litre three-cylinder turbocharged petrol engine making 147kW of power and 290Nm of torque. It’s paired to a six-speed manual transmission that drives the front-wheels. In other words, a quintessential hot hatch.

So what makes the Fiesta ST so special? The way it’s been tuned to make the most of what it has. The Michelin Pilot Sport 4S tyres provide excellent grip that in turn allows you to extract the best from the well-honed chassis. The steering is direct and nicely weighted too, all of which adds up to a smile-inducing trip every time you drive it. 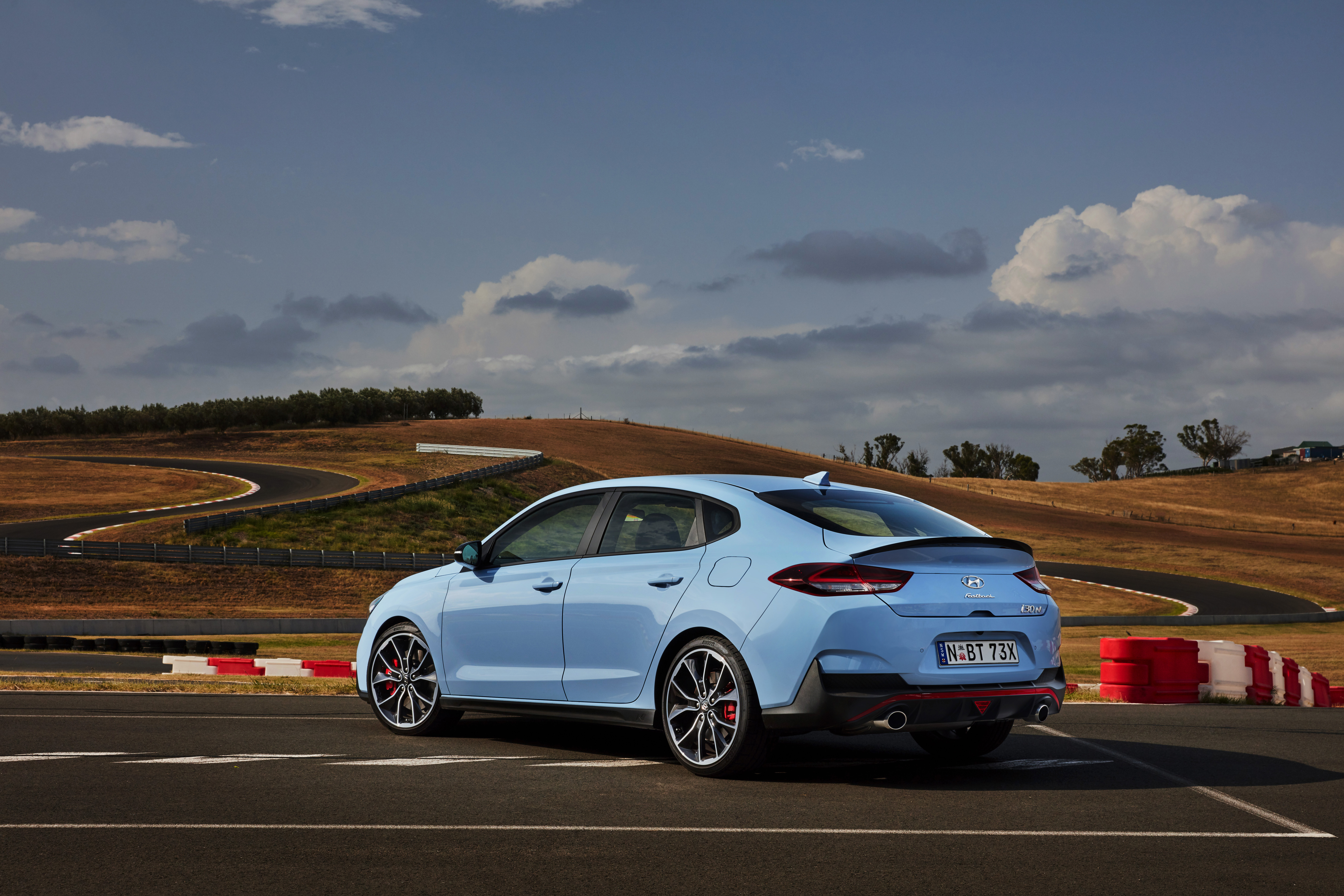 When Hyundai announced it was creating its own performance division there was never any doubt that a major manufacturer would build a fast car. But there’s a big difference between a fast hot hatch and an engaging one, and that’s what makes the i30 N so special.

It’s one of the most exciting hot hatches on the market today, with a playful side that lets you really enjoy yourself on both the road and track.

And speaking of taking your i30 N to a circuit, Hyundai’s five-year warranty also includes non-competitive track use; something none of its rivals can claim.

Of course it also has all the usual hot hatch elements – a 2.0-litre four-cylinder turbo making a punchy 202kW/353Nm. It also gets a six-speed manual gearbox (a new eight-speed dual-clutch auto is coming in 2021) and a trick electronically-controlled limited slip diff, which helps make it so enjoyable to drive. 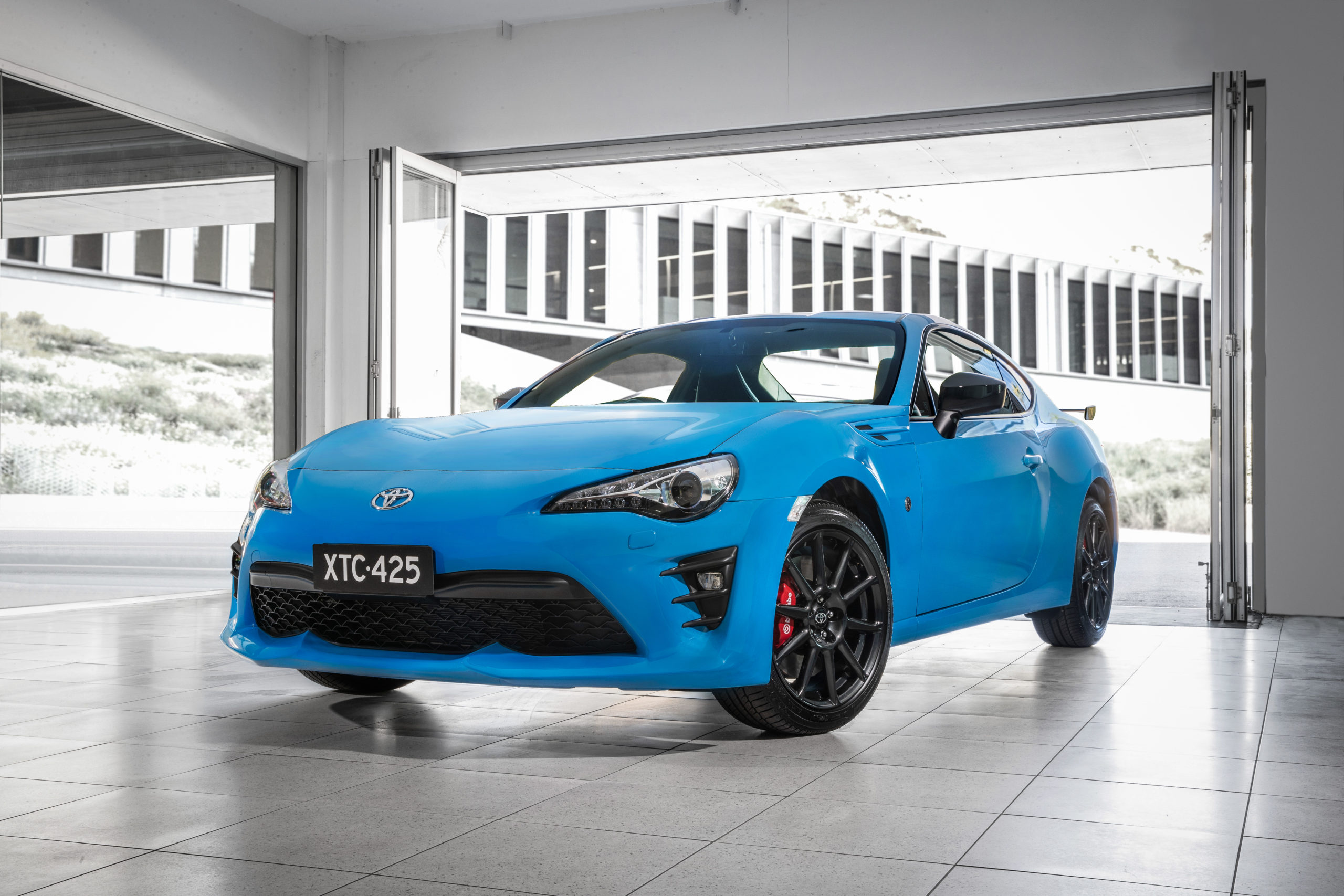 Yes, it’s eight years old. Yes, it’s about to be replaced next year. But, if you want a rear-wheel drive performance car on a budget it’s still impossible to beat the 86 (and the Subaru BRZ).

That’s because while it may be a lot cheaper than a Nissan 370Z and Ford Mustang, it’s arguably a better driving experience. It’s not the fastest sports car on the market but it’s one of the best balanced, in terms of finding the right blend of power to grip.

The 2.0-litre flat-four makes a modest 152kW and 212Nm, but peak power doesn’t hit until 7000rm so you really need to rev the engine hard to get the most from it – and that adds to the enjoyment. You really feel like you have to drive the car, rather than relying on tricky electronics and other gizmos so common on modern performance cars.

It may look a bit plain and cheap in the cabin, but that’s because Toyota focused on the bits the really matter to performance car fans – great steering, strong brakes and sharp but predictable handling. We can appreciate that not everyone wants to drive a hot hatch or a coupe, and while sedans are declining in popularity there’s still those among us who appreciate a good one. And the Kia Stinger 200S is a good one.

In order to get one for less than $50 you have to miss out on the twin-turbo V6, but you still get a 2.0-litre turbo four-pot making a highly respectable 182kW/353Nm. It’s paired to an eight-speed automatic and, importantly, it’s still rear-wheel drive.

That means you can enjoy the sportier dynamics the Stinger offers over its front-wheel drive peers. It may not be quite as good as the locally-made Holden and Ford muscle cars, but credit to Kia for producing such an impressive sports sedan. 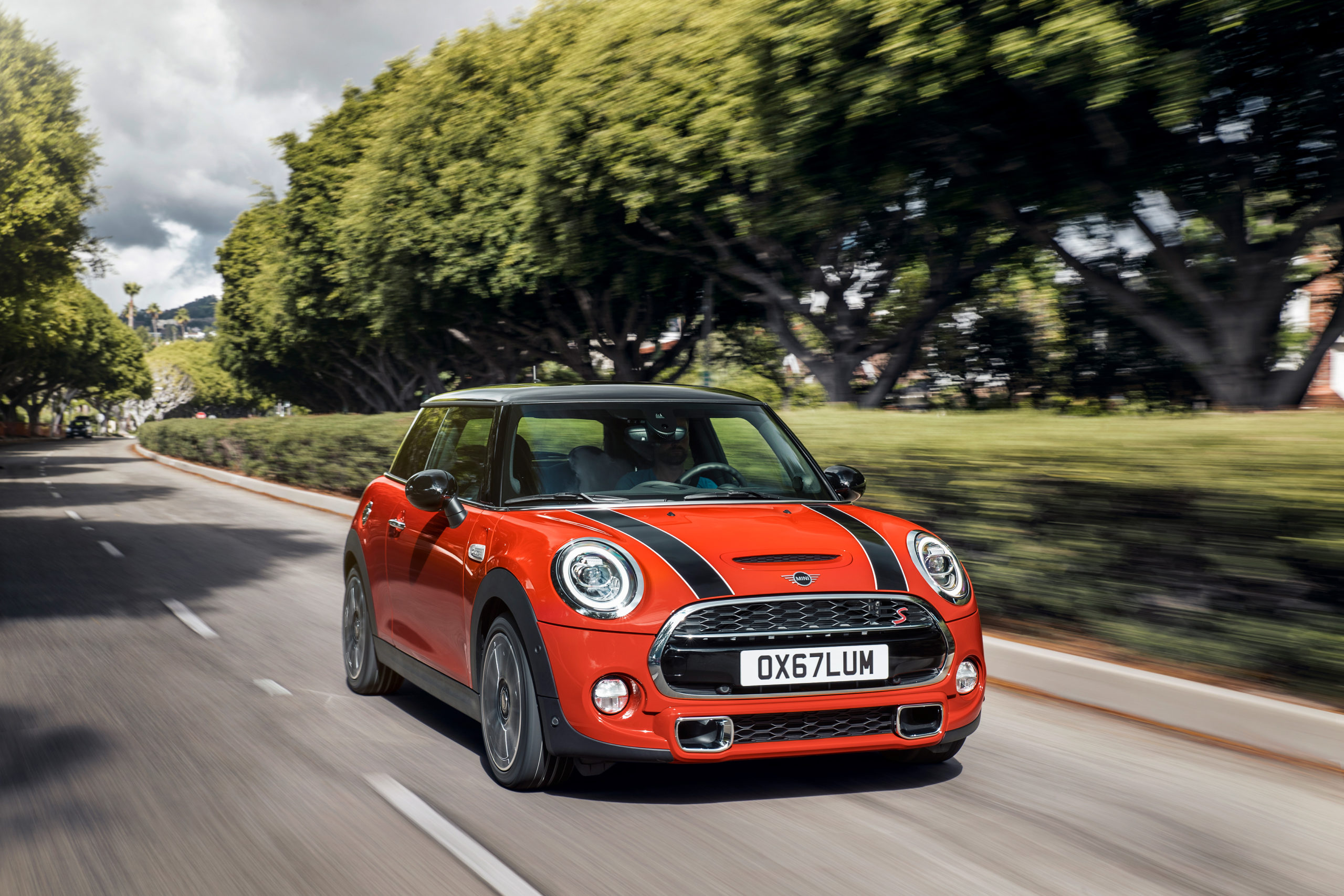 For those who want something with a bit more prestige, you can still pick up the latest iteration of the original hot hatch – the Mini Cooper S.

While the British brand has expanded its range in recent times to include five-door hatchbacks and even SUVs, we’re talking about the classic three-door hatch here.

Powered by a sweet 2.0-litre turbocharged four-cylinder making 141kW/280Nm it’s best enjoyed with a six-speed manual (although there’s an auto if you prefer). The JCW is faster and more powerful, but also more expensive.

And, of course, while it’s grown larger than the original the current Mini still retains those loveable retro looks.