This classic Alfa Romeo is hiding a modern secret

This classic Alfa Romeo is hiding a modern secret

The Alfa Romeo Giulia GT is an icon of 1960s motoring, but an Italian company wants to bring it into the 21st century.

Totem Automobili has revealed plans to produce a radical resto-mod version of the GT, swapping its steel panels for carbon fibre and its petrol-engine for an electric motor. Upgrading old cars with new technology isn’t new, but with countries around the world introducing stricter emissions standards (and some even planning on banning internal combustion engines altogether) converting classics to electric power may soon become a popular trend.

Totem hasn’t taken any short-cuts with the GTe, starting from almost scratch to create a unique machine. The 1.6-litre four-cylinder two-cam petrol engine has been replaced by an electric motor (mounted in the rear) capable of producing 386kW of power and 940Nm of torque; a significant upgrade over the original engine’s 78kW.

Totem claims the batteries provide a driving range of up to 320km, when driven conservatively, but like all EVs, the faster you go the quicker the energy reserves are drained. The other catch is the battery pack weighs a reported 350kg, which is a lot of weight to add to a car that tipped the scales at just 950kg in its original form. 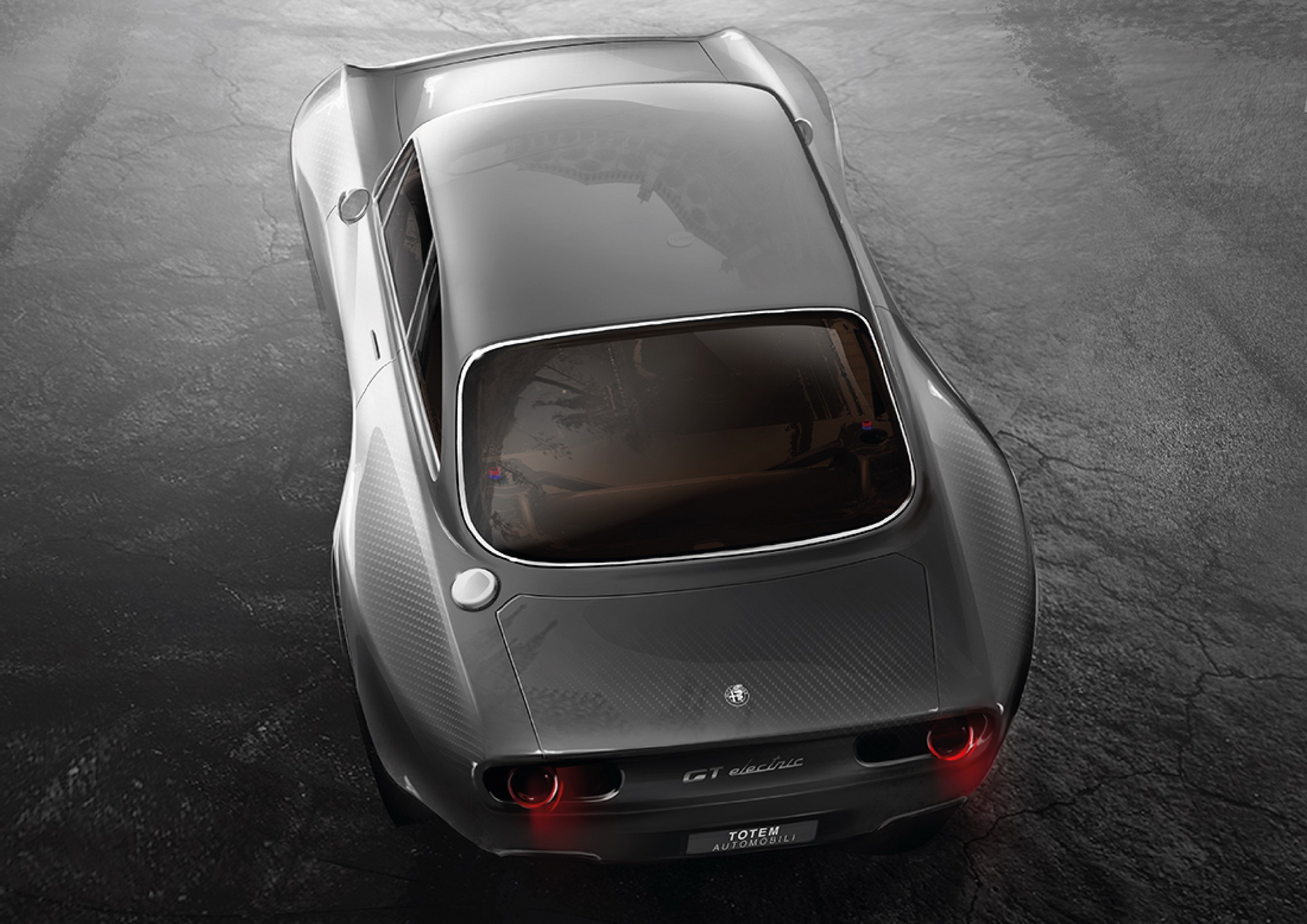 So to compensate Totem keeps just 10 per cent of the original donor car’s chassis, replacing the rest with aluminium. The bodywork is made entirely of carbon fibre to save weight (and fight off Alfa Romeo’s bad habit of rusting). Totem’s designers took the opportunity to freshen the look of the GT, opting for four round LED headlights as well as circular taillights (replacing the original’s rectangular versions) in these design images released by the company.

Totem originally planned to unveil the GTe at the 2020 Goodwood Festival of Speed in July, but that event has been postponed due to coronavirus pandemic, so it’s unclear when we’ll see the finished product. But rest assured, as soon as it goes public we’ll let you know.