Rusty French may own Tickford Racing and run Ford Mustangs in the Supercars Championship, but the man is a die-hard Porsche fan.

The former racer showed off four of his favourite German cars at the recent short-lived Australian Grand Prix, displaying his new Porsche 935, original 1978 935, 911 GT2 RS Clubsport and road-going 911 GT2 RS. The 2019 Porsche 935 is the latest addition and required a lot of hard work to acquire – beyond just affording its €700k ($1.2m) asking price – in fact, it took a lifetime of effort.

“I planned to own one of these very special cars since Porsche announced plans in 2018 to build just 77 as a homage to the famous ‘Moby Dick’ 935/78 Le Mans race car,” French explained. 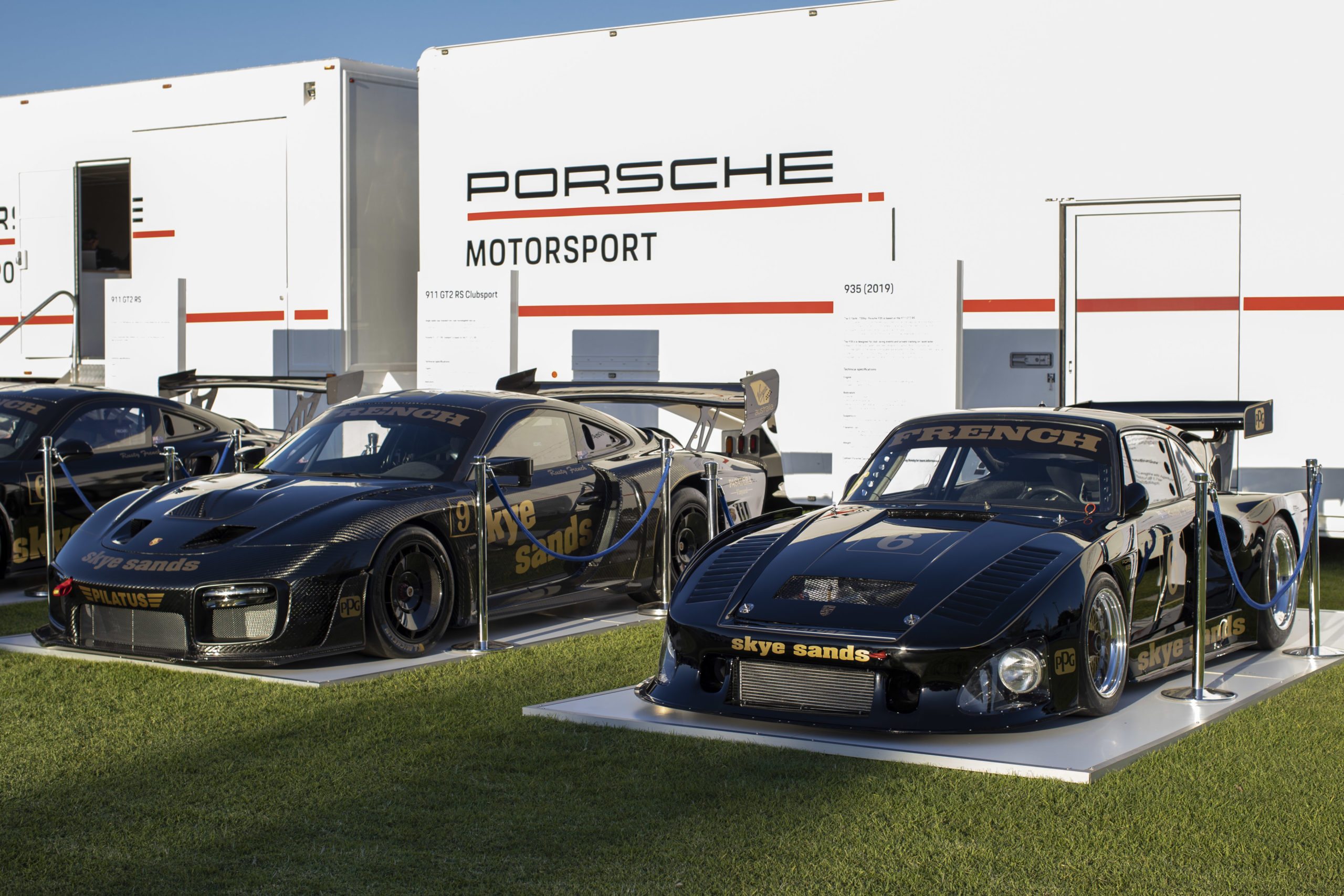 “Getting one wasn’t easy. Although I own more than 40 road and racing Porsche, that alone wasn’t a guarantee that I could purchase one. So I had to list all the models, when I bought them and so on.

“Then I also had to fill out a form detailing my racing history before Porsche would issue me an invitation to order one.”

Having successfully secured the new 935 to match is original racer, French decided to celebrate by buying the 911 GT2 RS Clubsport – the hardcore, track-focused version of Porsche’s more extreme road car – to match.

Like all of his cars French has his Porsches painted black, except for the new 935. It’s finished in naked carbon fibre – to make it even more special. “As its body is made entirely of black carbon fibre, I just had my body shop buff it back on its arrival, then apply two clearcoats with another buff in between,” said French.

While the cancellation of the Grand Prix denied French the opportunity to debut the latest 935 on Australian tarmac, he is planning a track day at Phillip Island once the circumstances allow. Naturally, he’s planning on taking the GT2 RS Clubsport along too to find out which one is quicker.