The last ever Holden Commodore built is up for grabs

The last ever Holden Commodore built is up for grabs The final Holden Commodore is up for sale through Lloyds Auctions

Lloyds Auctions is currently offering what is claimed to be the very last Holden built in Australia; at least on the Holden production line, as HSV models were produced afterwards at a separate facility. With just two days left on the auction the current bid (at time of publication) was up to $255,000, well above its original $56,690 retail price.

According to Lloyds the car up for grands was built in October 2017 and was the last vehicle to be framed and assembled in the body shop, and comes with documents and photographs to prove that it was the last Commodore built; not the one featured in press photography at the time.

“We are very excited to offer the very last Holden ever framed, stamped and painted in Australia, the very last one” said Lloyds Auctions’ chief operations officer, Lee Hames

“The interest in this car has been phenomenal, we have had enquiry from collectors, investors and Holden enthusiasts from all over the country, phones are ringing off the hook night and day. There are some very passionate Holden enthusiasts and collectors looking to own this special piece of Australian history.” 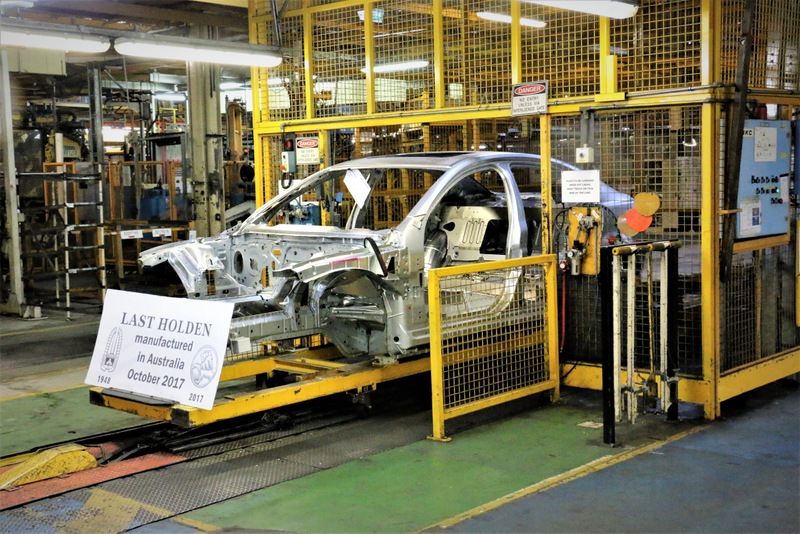 The Commodore SSV has only 102km on the odometer and has been in storage since the current owner bought it from a Victorian dealer. The owner even requested that no pre-delivery routine was carried out by the dealer, so it comes complete with plastic seat covers, steering wheel protector and the original stickers it left the factory in.

The final Commodore isn’t the only important Holden going under the hammer this week. As previously reported by Torquecafe.com, one of only four HSV GTSR W1 Maloo ever made is also for sale. It’s on course to become the most expensive Australian car ever sold at auction, with the current bid sitting at more than $1 million.

Hames isn’t surprised by the big numbers these iconic Holdens are attracting, as the brand has become more sought after since it was shuttered in 2020.

“We have seen a huge demand for Holden vehicles particularly HSV since the closure of Holden and we encourage anyone who might be looking to sell their vehicle to give us a call right now,” Hames said.