The future of Audi: private jet luxury and no steering wheel

The future of Audi: private jet luxury and no steering wheel 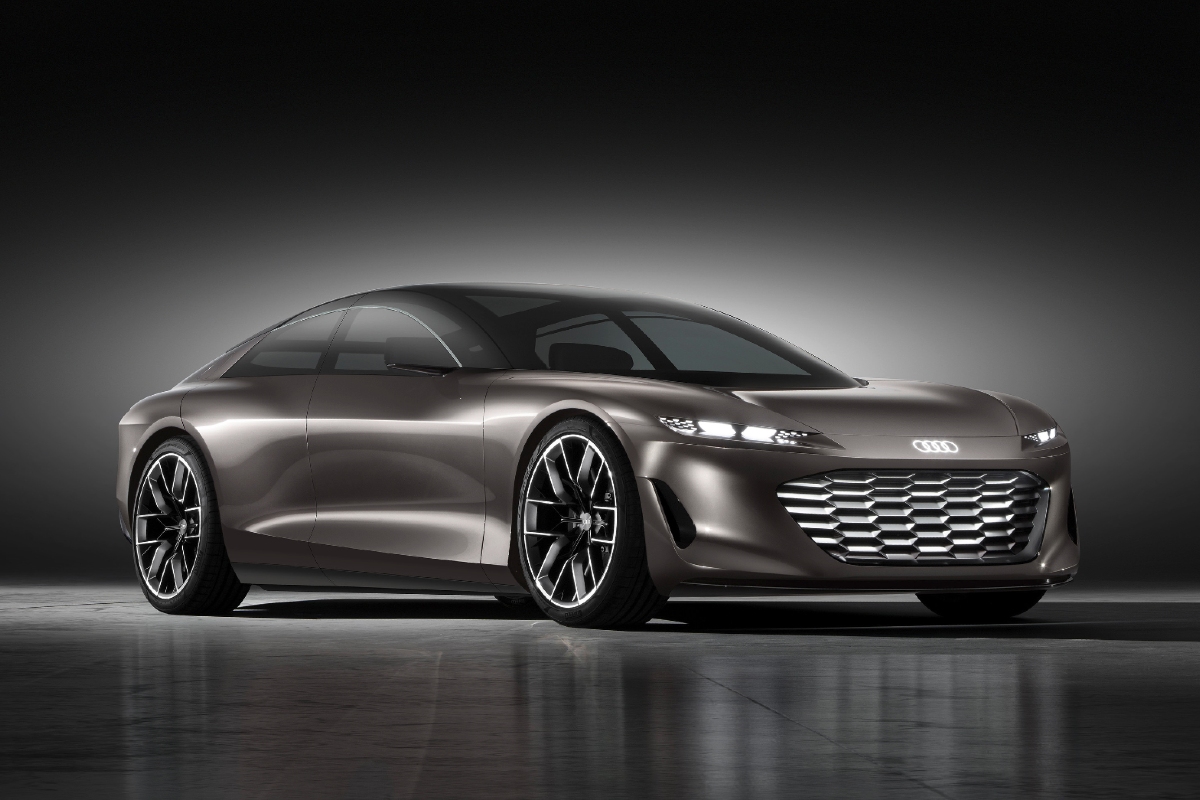 This is the future of luxury cars… at least what Audi thinks it will look like.

The German brand has unveiled the second of three planned concept cars – the Grandsphere – that have been created to showcase the brand’s future styling direction and possible technology. The Grandsphere follows the sporty Skysphere convertible revealed last month at Pebble Beach, the third and final concept will be the Urbansphere in 2022.

The Grandsphere features a raft of radical design elements, including a retractable steering wheel, suicide doors, lounge-style seating and Level 4 autonomous driving technology. But while those grab the attention the most important features are the styling and the electric platform which will form the basis of the future production flagship model. Currently under development with the codename Project Artemis, the new electric limousine is expected to launch in 2024 and will either replace the current A8 or sit above it wearing the A9 e-tron badge. Project Artemis is headed by Alex Hitzinger, the former Red Bull Technology and Porsche LMP1 technical director, who also spent two years on Apple’s automotive project.

The Grandsphere is a dramatic departure in terms of styling from the current A8, and even the brand’s already launched e-tron models. The new front-end styling, which includes a grille that will primarily be used for house sensors for autonomous driving instead of air-intakes for the radiator, is a clear signal of what’s to come from the brand. The new headlights, known as the ‘Audi Eye’, feature a design that will become the signature look for each model. 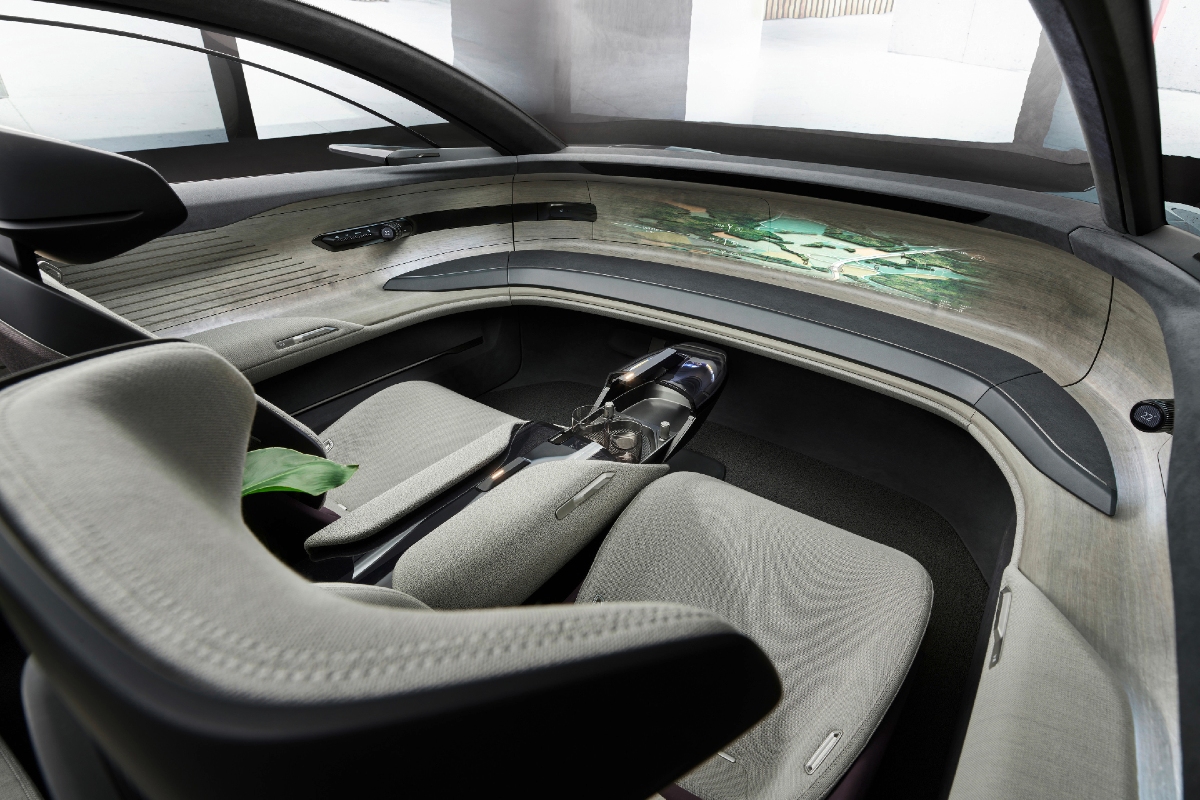 Underneath the surface the Grandsphere is built on the brand’s ‘PPE’ electric platform, which has been developed by Audi and Porsche together and will be used for both the Audi Q6 e-tron and new Porsche Macan EV. Audi claims the Grandsphere has a pair of electric motors that make a combined output of 530kW of power and 960Nm of torque.

The potential game-changer for the Grandsphere is the possibility of Level 4 automated driving. Currently Audi offers Level 3 autonomous technology in selected models, under the ‘Traffic Jam Assist’ branding, which is able to maintain control of the car without human intervention for limited periods. However, the move to Level 4 is a significant jump as it would effectively remove the need for a driver most of the time, even in emergency situations.

Most companies admit Level 4 is still several years away and Audi acknowledges it won’t be production ready until the middle of the decade. Audi is working with Volkswagen Group’s software think tank, CARID, to hit that target. 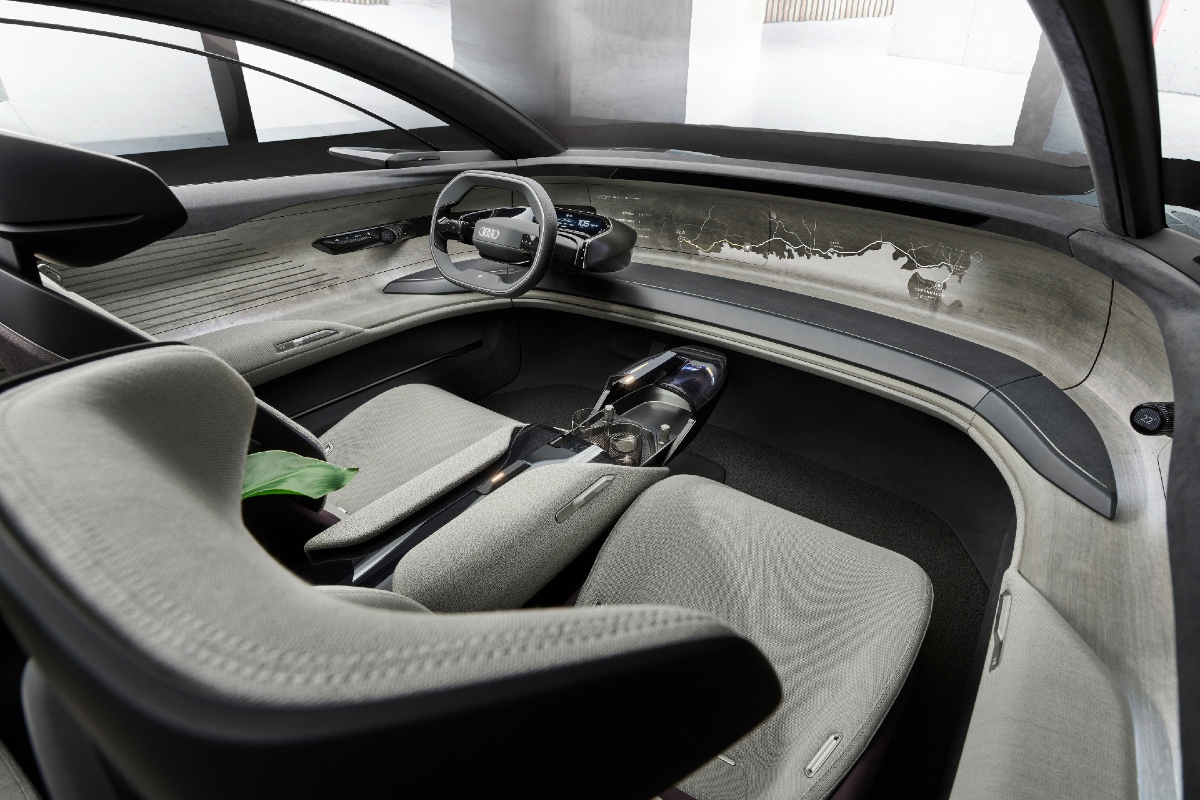 However, a steering wheel and pedals can emerge from the wooden dashboard if the driver wants to take control

However, the idea of Level 4 has allowed Audi’s interior designers complete freedom to reinvent the cabin. As a result the Grandsphere looks more like a living room than a car, with lounge-style seating and a retractable steering wheel and pedals that creates a huge dashboard, dubbed “The Stage” by the designers.

Unlike many rivals that have introduced larger screens for infotainment, Audi has opted for a “digital detox” inside the Grandsphere with projections onto the wooden element instead. These projections can either be displayed across the width of the dash or split into separate sections for driver and passenger.

While the A9 e-tron won’t look exactly like this, expected elements of the Grandsphere to filter into the production model and across the Audi range as the decade progresses.