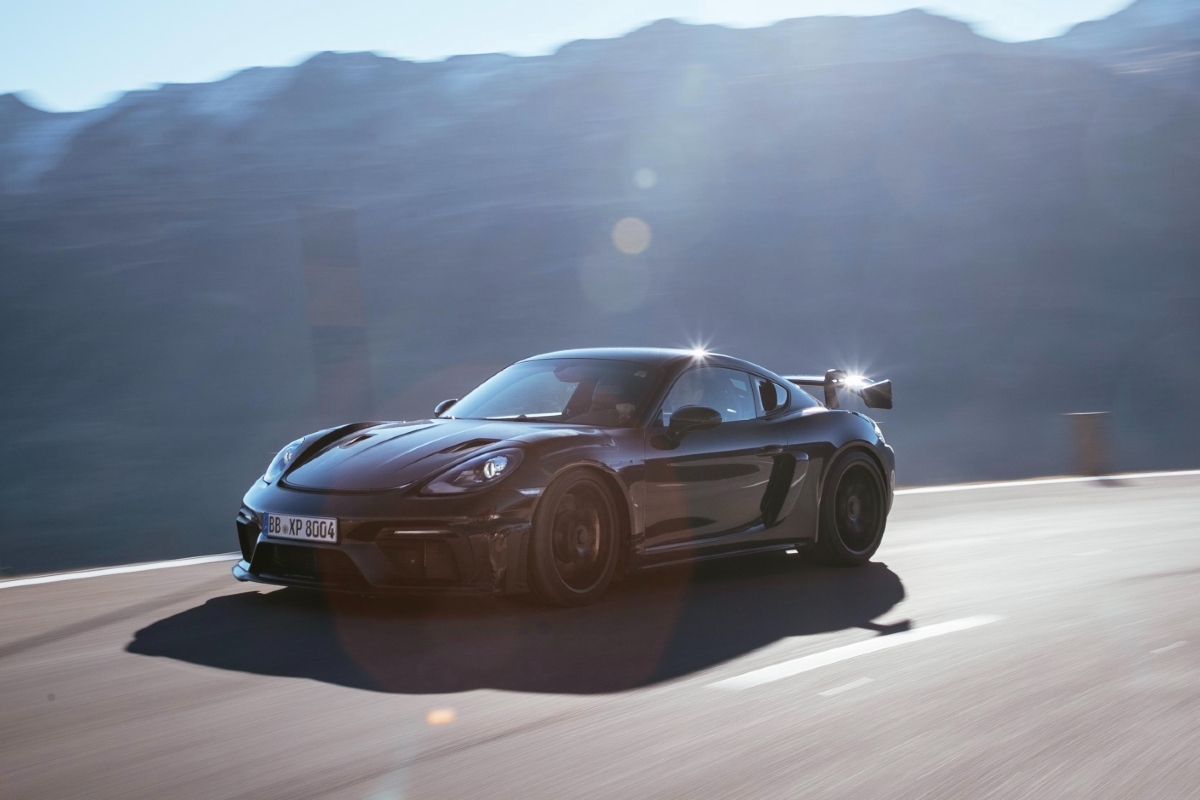 Porsche’s baby sports car is all grown up.

The 718 Cayman has long lived in the shadow of the 911, but the latest addition to the 718 line-up completes its ascension to the next level of performance – the 718 Cayman GT4 RS. This finally gives the 718 a variant in line with the 911 GT3 RS and GT2 RS hero models.

This will sit above the already potent Cayman GT4, bringing an even sharper track focus with a range of enhancements. Exactly what those enhancements are is yet to be fully detailed by the German brand, with the official unveiling not coming until November. But, the company has given us a preview of the potential of the GT4 RS, revealing it has lapped the Nurburgring Nordschleife 23.6 seconds faster than the GT4.

Former Porsche racer turned development driver, Jorg Bergmeister, lapped the Nordschleife in 7:09.30 seconds, which compares impressively well to the 918 Spyder hypercar’s time of 6:57 seconds back in 2013. Bergmeister, who spent more than 500 hours behind the wheel during the car’s development, was understandably full of praise for the new model.

“The 718 Cayman GT4 RS is an uncompromising driving machine,” he said. “It feels as nimble as a go-kart on mountain roads, yet is impressively stable and well-balanced on the racetrack. Otherwise, such a lap time wouldn’t even be possible.”

The images released by Porsche give us some idea of what to expect from the official reveal. The GT4 RS features a more aggressive body kit than the regular GT4, with GT2 RS-inspired NACA ducts on the bonnet as well as a larger rear wing with swan neck mounts. It also appears to be rolling on new racing-style centre-locking alloy wheels.

Under the bonnet it’s likely the standard GT4’s 4.0-litre flat-six has been tickled to produce even more power than the 309kW/430Nm it already offers. In the latest 911 GT3 the same engine is capable of 375kW/470Nm, so there’s scope for Porsche’s engineers to play with. 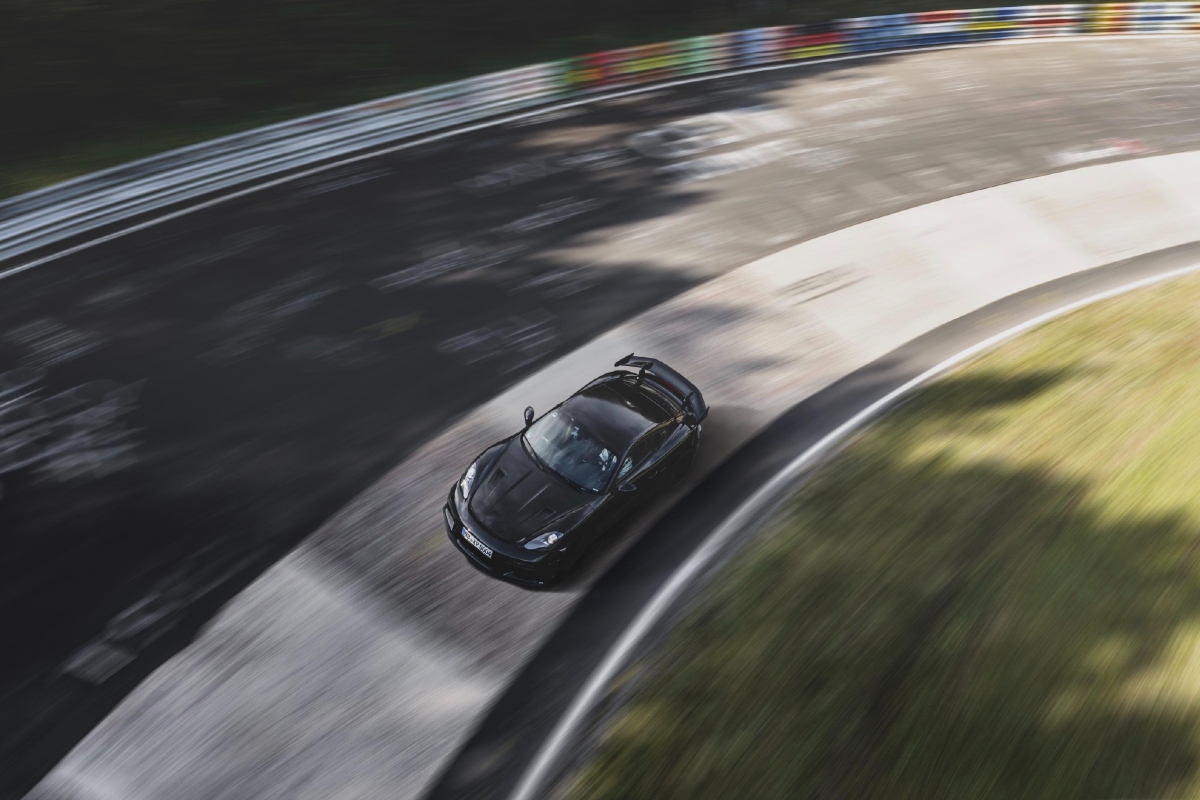 Andreas Preuninger, director of Porsche’s GT Model Line, gave us an idea of what to expect.

“During development, we gave the 718 Cayman GT4 RS everything that characterises a genuine RS: lightweight construction, more downforce, more power and, of course, an even higher level of responsiveness and feedback to driver inputs,” Preuninger said. “The fantastic lap time of the Nordschleife is impressive proof of how clearly noticeable these improvements in driving dynamics are.

“Our customers can look forward to a pure driver’s car that makes a thrilling driving experience an absolute priority.”

Stay for full details on the 2022 Porsche 718 Cayman GT4 RS when they’re made official.