Supercars: No current talks with new manufacturers for Gen3

Supercars: No current talks with new manufacturers for Gen3 Chevrolet will replace the Holden brand in Supercars from 2023 – but will a new brand join it and Ford?

In July this year, Supercars CEO Sean Seamer told media that he couldn’t discuss any details of a new manufacturer because he was “bound by an NDA” – implying that talks were ongoing. He then went on to confirm “early” conversations had taken place with respect to 2023. However, at Bathurst last weekend, Seamer publicly acknowledged that the sport was not negotiating with any potential new car brands.

Instead it will wait for the new Ford Mustang and Chevrolet Camaro prototypes to act as an advertisement for the category’s future.

READ MORE: Gen3 Supercars revealed at Bathurst ahead of 2023 debut

“Obviously there are two amazing cars down there,” Seamer said. “There’s a platform that gives us maximum opportunity to bring in other manufacturers, but we’ve got to prove what we’ve got downstairs first and having them look great is a big step forward, but we’ve still got work to do to prove ourselves with this new platform. When we’ve done everything [Supercars Head of Motorsport] Adrian [Burgess] has just said we need to do, then we’ll start knocking on doors again.” 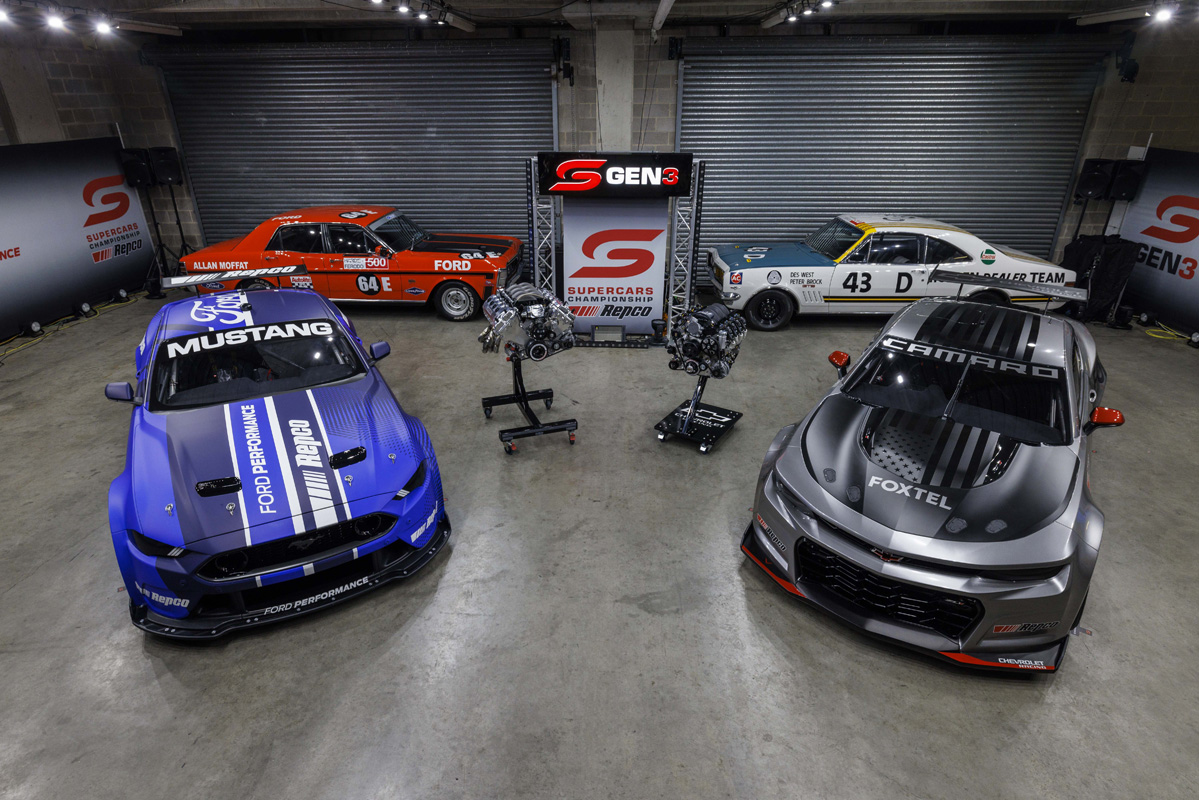 However, despite the public reports of Jaguar’s interest in Gen3 proving to be false, Seamer is confident that now the Gen3 rules are public and the test cars are built, it will increase the odds of attracting a new brand.

“I think [the odds of attracting a new brand] have gone up considerably,” Seamer told Torquecafe.

While there won’t be any imminent announcements of new brands, Seamer was buoyed by the renewed commitment of Ford and General Motors, which used the Gen3 reveal as the launch pad for its new Chevrolet Racing brand.

Asked what the significance of a re-energised Ford and GM means to the sport, Seamer said: “I think it just shows we have momentum in the sport.”

Attracting a new brand will require finding one with a suitable coupe-style car, as well as one willing to race a V8 engine even if it doesn’t offer it in the road car; because Seamer reiterated Supercars’ unyielding commitment to V8s as part of Gen3.