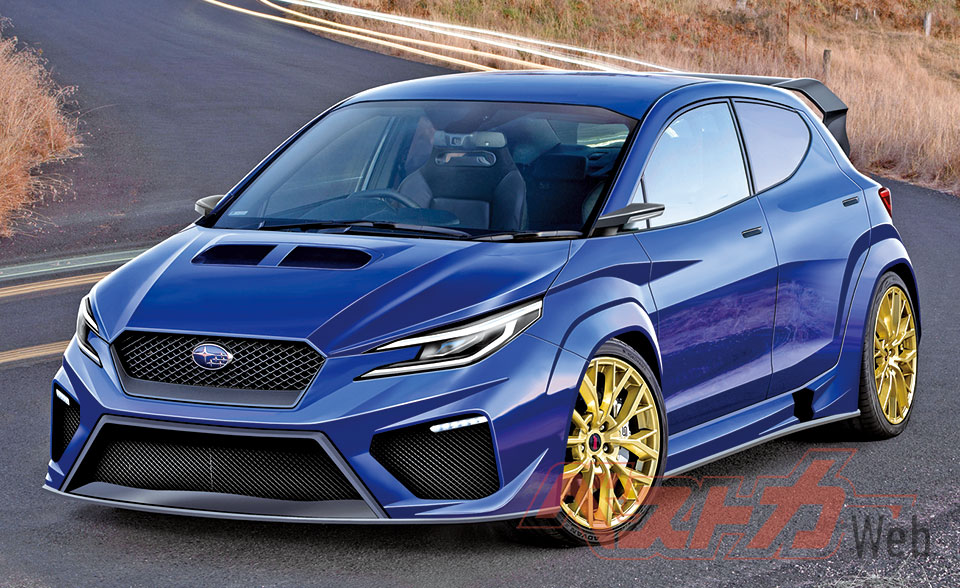 Subaru will launch its new WRX by the end of this year – but they may not be the only hot hatch the company has coming our way. Reports from Japan’s Best Car Web publication suggest Subaru is working with Toyota to introduce a new, smaller, hot hatch to sit beneath the WRX and help the brand return to the World Rally Championship.

Dubbed the ‘Super AWD’ the new hot hatch is reportedly a co-development between Subaru and Toyota, but isn’t believed to be a rebadged GR Yaris; unlike the 86/BRZ project the two companies share. Instead it’s believed the new Subaru will have the company’s own boxer engine under the bonnet and send power to the road via its symmetrical all-wheel drive system.

The engine in question is believed to be the same 2.4-litre turbocharged flat-four that will be used in the new WRX; which itself will grow bigger and more premium in 2021, but that’s another story. The engine can be tuned for more than 200kW but with the new WRX likely to make 215kW, expect the ‘Super AWD’ to get a lower tune to create separation between the pair.

The new WRX is likely to be too big to meet the latest WRC regulations, hence Subaru’s need for a new model to sit beneath it. But it would also give the brand a rival to the likes of the GR Yaris, Ford Fiesta ST, Hyundai i20 N and Volkswagen Polo GTI. Subaru quit the WRC in 2008 amid the global financial crisis but had previously used the sport to help establish it as a major player around the globe. The Impreza WRX became a cult favourite with performance car fans thanks in large part to its success in the WRC, winning championships with Colin McRae, Richard Burns and Petter Solberg.

With Rally Japan expected to join the calendar, Subaru is seemingly more motivated than ever before to return to its rallying roots. Solberg publicly stated his ambition of returning the WRC as a team manager and said he was in talks with two manufacturers. Without naming Subaru it seems a logical choice, given his history with the brand and the successful model Toyota established by partnering with Tommi Makkinen to run its WRC program from rally-focused Scandinavia.

The new ‘Super AWD’ model could be revealed as early as late 2022, possibly in conjunction with Rally Japan if it retains its season-closing date next year.