MG has gone back to its past, but with a future twist.

The brand once synonymous with compact sports cars has unveiled images the Cyberster, a two-seat roadster that harks back to its glory days. But, in a sign of the times, the Cyberster is powered by an electric drivetrain.

Officially just a concept for now, the Cyberster will be revealed to the public at the upcoming Shanghai Motor Show. While the brand is now owned by Chinese auto giant, SAIC, the Cyberster was designed at the MG Advanced Design Centre in London. Director of that studio, Carl Gotham explained that the concept was designed to tie together the brand’s past and future. 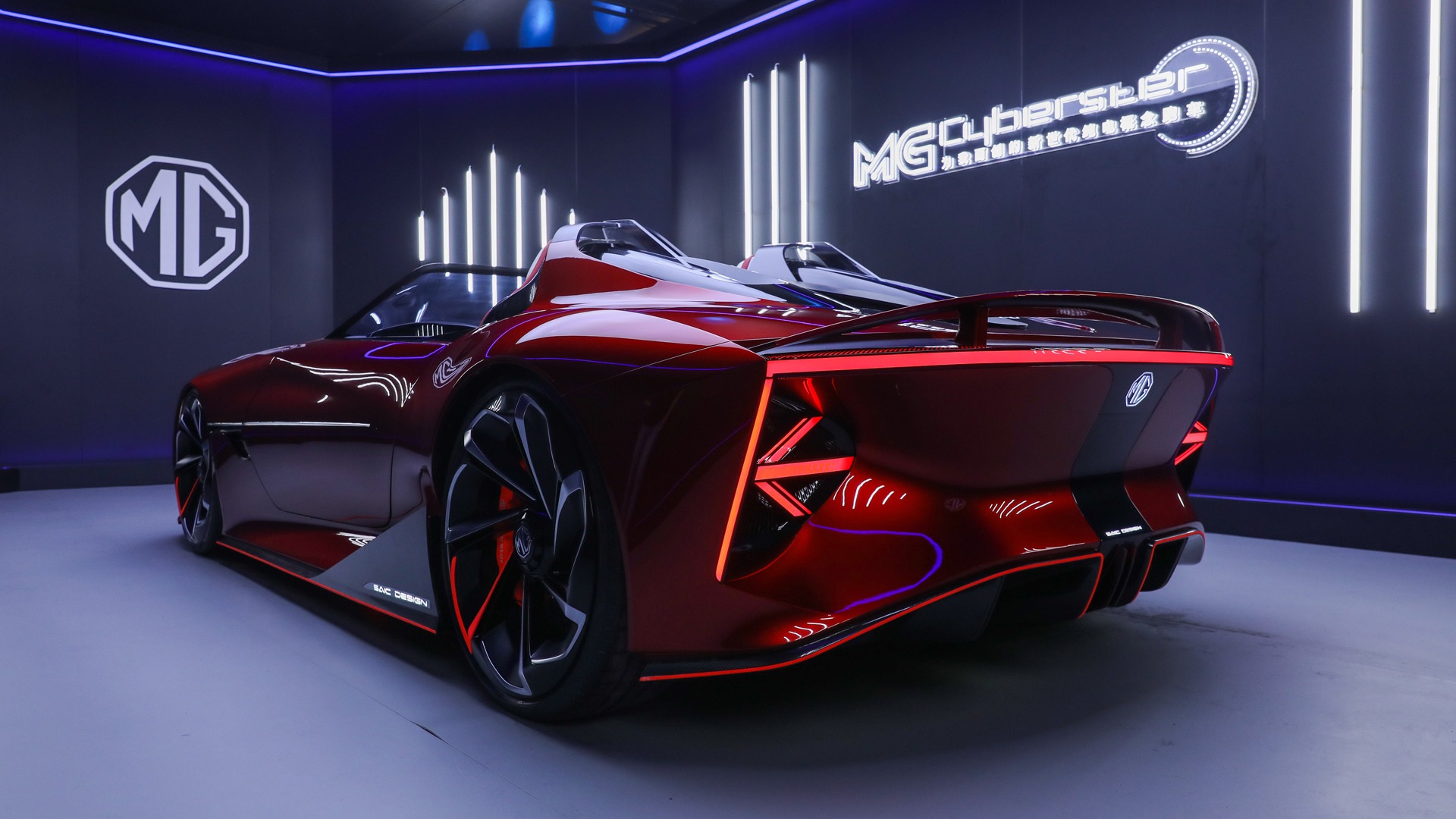 “The Cyberster is a bold statement that looks strongly into MG’s future, touching on our heritage but more importantly building on our technology and advanced design,” Gotham said.

“Cyberster is a hugely exciting concept for us.”

While clearly a contemporary design with a focus on aerodynamics, there are plenty of classic MG touches to the style of the Cyberster. There are oval headlights and slim grille are designed to call back to the likes of the MGB, but the headlights also feature what the company calls a “Magic Eye” feature that covers them when switched off and open when needed. Another major nod to the brand’s British heritage are the LED taillights that are designed to look like a part of the Union Jack flag. Inside there’s a yoke-style steering wheel and digital instrument panel, that the company claims doubles as an “interactive gaming cockpit” thanks to its 5G connection.

Underneath the surface is an all-electric powertrain but MG is yet to reveal full technical specifications. The company has released some elements though, including claiming the Cyberster will boast a range of up to 800km between charging – which would be the longest range of any EV if it makes production.

Naturally the Cyberster also has some performance credentials too, the 0-100km/h dash will take less than 3.0 seconds according to MG.

There’s no confirmation of when, or even if, the Cyberster will go into production. So MG looks set to rely on its MG3 hatch and ZS and HS SUVs for the foreseeable future.