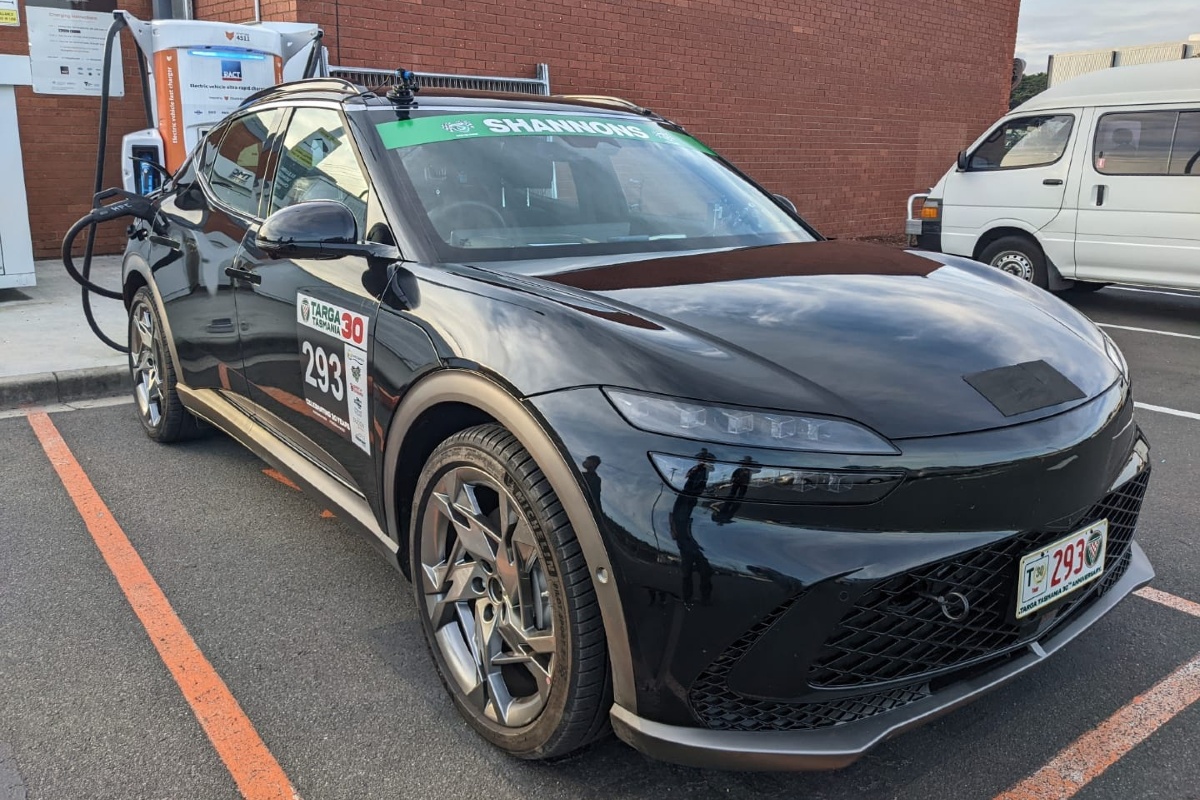 Targa Tasmania attracts some exotic machines – everything from V10-powered Dodge Vipers to nimble Lotus Exiges – but this year’s edition has an unusual entrant – an electric vehicle.

A Genesis GV60 is running in this year’s Targa Tour, driven by Australian rally ace Brendan Reeves. According to a Torquecafe source who sent us this image of the car charging in Youngtown, the GV60 is running with its badges taped over, suggesting the luxury brand and its parent company, Hyundai, are trying to keep the program under wraps.

When contacted by Torquecafe a spokesman for the company said the GV60 is running this year’s road rally as a “data gathering exercise” and is being overseen by engineers from Hyundai’s head office in South Korea.

The data they are gathering is likely to help shape the first-generation of genuine performance electric vehicles from the Korean brand. The Kia EV6 GT, which is based on the same e-GMP underpinnings as the GV60, already boasts a 430kW/700Nm dual-motor powertrain and Hyundai has long been expected to launch a high-performance N version of its Ioniq 5.

Albert Biermann, the former chief of Hyundai-Kia Group’s performance cars, made little effort to hide the likelihood of an Ioniq 5 N appearing in the near-future.

“I think with e-GMP we have a very substantial platform to bring sustainable driving fun to our enthusiasts on the road and on the track,” Biermman said in early 2021.

“I think after some N-specific treatments, it would be tonnes of fun to drive around the Nordschleife with an N vehicle based on e-GMP. I can see many, many corners where our combustion cars might have some trouble to follow our e-GMP car.”

What role this Targa Tasmania entry is playing in the development of future EV models is likely significant. It’s a high-profile event for such a test, suggesting Hyundai/Genesis is eager to see just how an EV will handle five days of hard driving on Targa’s closed stages plus the long liaisons between them.