SEMA 2021: Highlights from the coolest car show on earth

SEMA 2021: Highlights from the coolest car show on earth 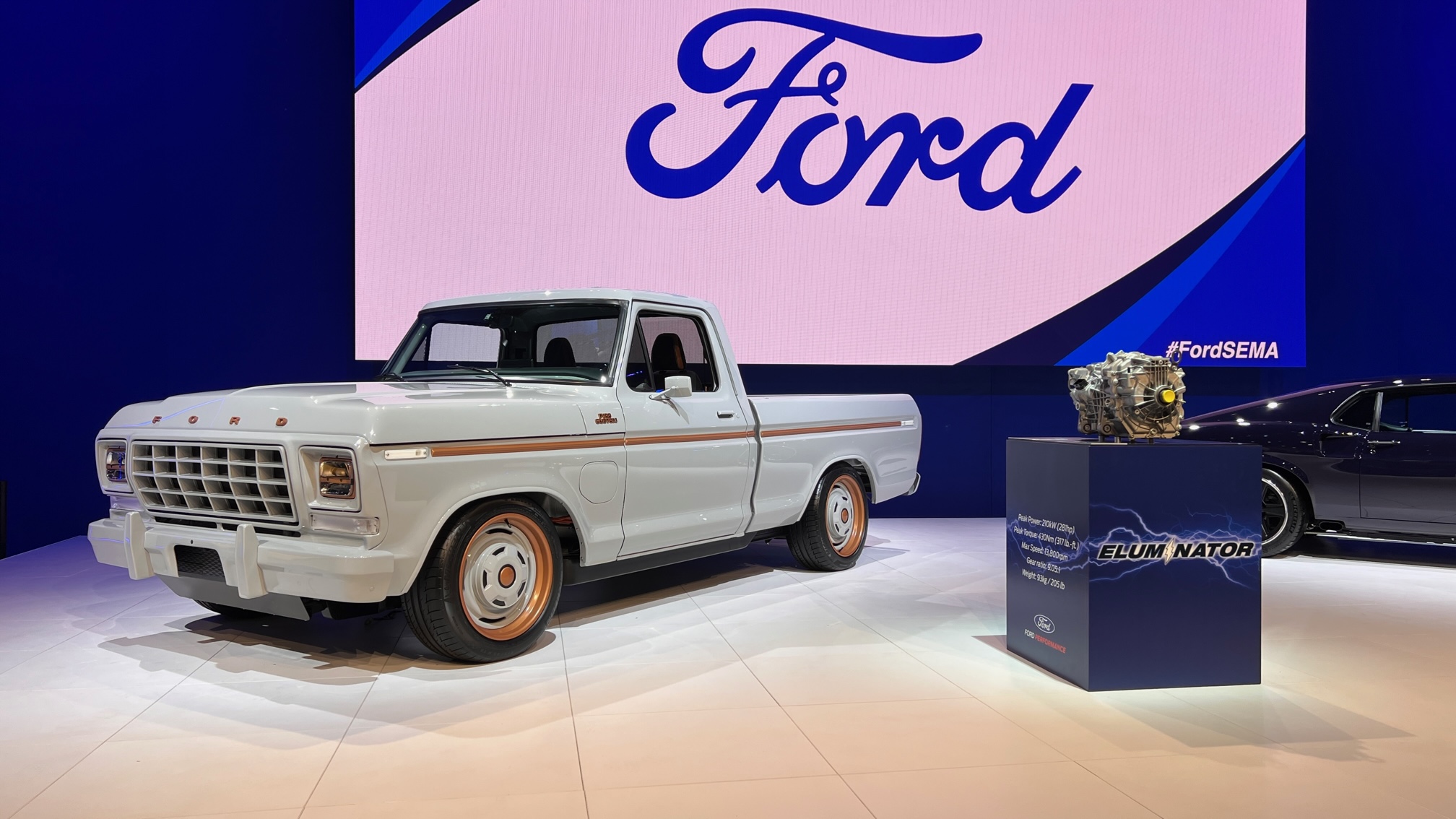 Like so many things, the 2020 SEMA Show was lost amid the global pandemic. But it’s back for 2021 and seemingly just as big, wild and amazing as before.

For those unfamiliar, the SEMA Show is an annual aftermarket and accessories extravaganza in Las Vegas. SEMA stands for Specialty Equipment Market Association, and while the show is officially only a trade show – and therefore not open to the general public – that doesn’t stop exhibitors from going big to attract attention.

READ MORE: Why the SEMA Show is the coolest car show in the world

While the sprawling show, which fills the multiple cavernous halls of the Las Vegas Exhibition Centre, is still dominated by specialist suppliers, in recent years car manufacturers have increasingly jumped into the action.

Ford, General Motors and Toyota join the likes of tyre companies, wheel manufacturers, custom car shops, off-road accessories makers and many, many more in showing off the craziest creations that can dream up.

Here are just some of the high-profile highlights of this year’s show. 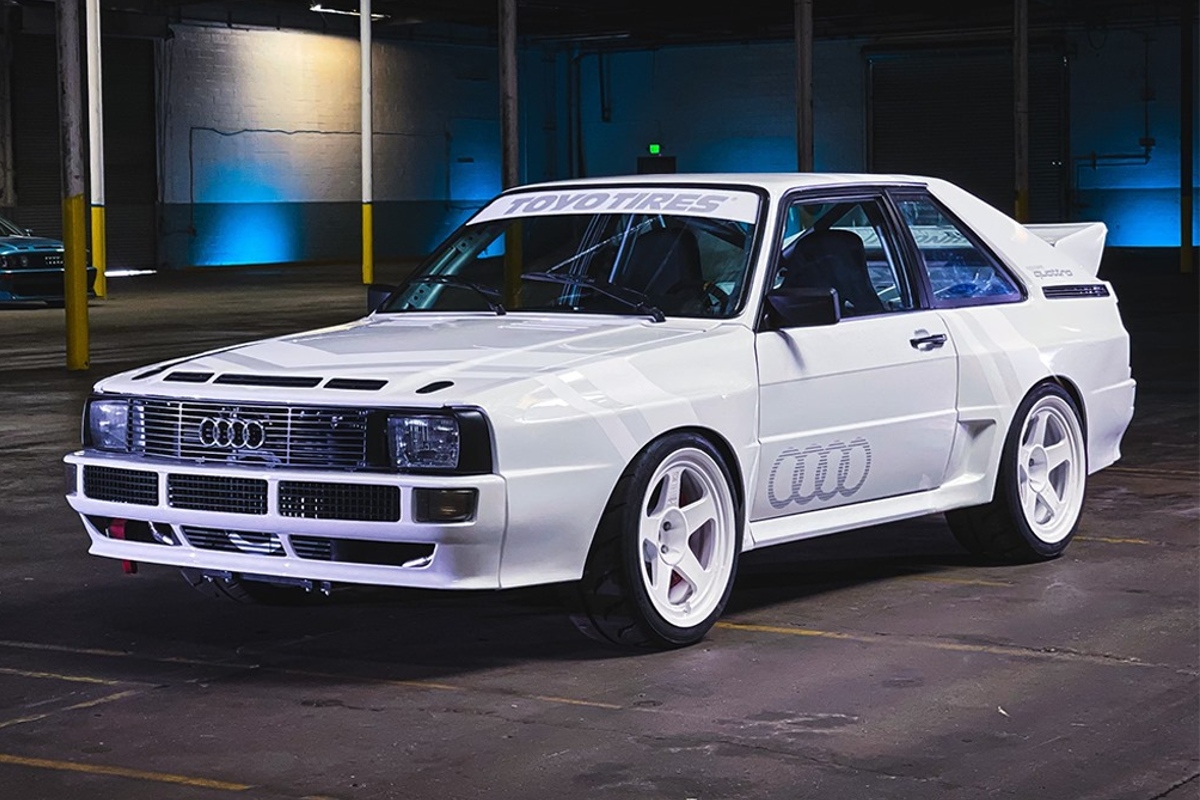 To celebrate his new deal with Audi Ken Block has added a new addition to his garage – and true to form it’s not stock.

So, Block has drafted in German custom Audi specialists LCE Performance to help build a modernised version of the 1980s rally hero. In order to not modify a real, and very expensive Sport Quattro, Block has created a replica with a range of high-performance upgrades.

READ MORE: Other cool cars at the 2021 SEMA Show

Block actually bought LCE Performance’s demonstrator model, fittingly known as the ‘Turbo Monster’ given the American’s love of horsepower, and it comes complete with a signature from Audi Group B rally legend Walter Rohrl.

Sitting alongside Block’s Audi on the Toyo Tires stand is the Audi Coupe Quattro of his partner in the Hoonigan brand, Brain Scotto. The blue machine was first purchased by the former magazine editor back in 2004 but it’s taken until now, and this new collaboration between Hoonigan and Audi, to finish the project car. Recently-retired drift star Vaughn Gittin Jr helped create some excitement around Ford’s new Bronco off-roader. One of six custom Broncos on display, Gittin Jr’s is the most fun, which is why it’s called the ‘Fun-Runner’.

Aside from the custom paint job and the official Ford accessories sound bar, Gittin Jr has given it a suspension and axles upgrade so you can get even further off the beaten path.

It sits on upgraded suspension that includes Fox Performance Elite 2.5 coilovers and a long-travel suspension kit. Gittin Jr’s own RTR-brand forged bead-lock wheels are fitted with 37-inch off-road tyres to complete the enhancements.

The Bronco has become a popular candidate for modification and Ford has responded by introducing more than 350 accessories since its revival in 2020. Project X has swapped its V8 for an electric crate motor

In 1965 US publication MotorTrend’s Hot Rod purchased a 1957 Chevrolet and has used it as a test bed for all manner of powertrains ever since. Over the years this has included all manner of V8 and even some inline six-cylinder engines, but now it has no engine at all.

Instead, MotorTrend teamed up with Chevrolet Performance to help test and promote the American brand’s aftermarket electric crate motor. Producing 250kW of power and 447Nm of torque the electric motor is designed to allow owners to keep the style of their classic car, but with the possibility of making it zero emissions capable.

While it may seem unusual, MotorTrend Group content director, Douglas Glad, says this latest powertrain is in keeping with the spirit of Project X.

“Project X has always served the car community by pushing the envelope with groundbreaking technologies,” Glad said. “As the auto industry shifts rapidly toward electric vehicles, this Project X build is just the latest in its celebrated legacy of adapting hot rodding to the powerful technology of tomorrow.”

Chevrolet Performance is still developing the ‘eCrate motors’ for wider use, and in this SEMA project the batteries are a proof-of-concept 400-volt lithium-ion set-up.

“The reinvention of Project X is a reminder that our vision for a world with zero emissions includes classics like the Tri-Five Chevys,” explained Prashant Ahire, eCrate regional chief engineer. “As General Motors rolls out its trailblazing EV technology, Chevrolet Performance plans to offer EV propulsion solutions for enthusiasts looking to modernize their project cars.” 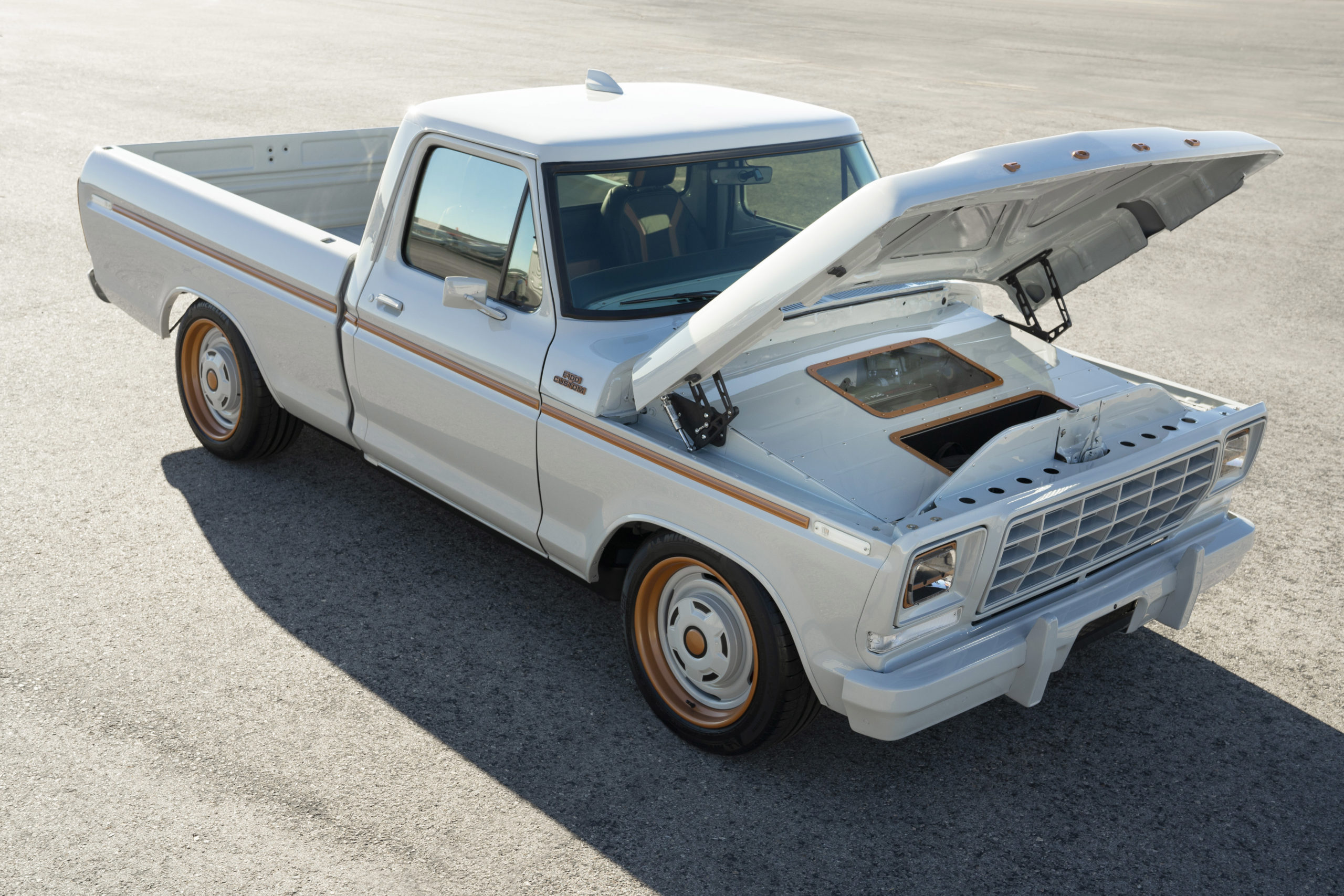 Not to be out-done by arch-rivals, Chevrolet, Ford has rolled out its own electrified hot rod – the F-100 Eluminator. In simple terms, it combines the body of a 1978 F-100 pickup with the powertrain of the latest Mustang Mach-E.

It’s been created to showcase Ford Performance Parts new electric crate motor – officially known as the Eluminator – that can now be ordered by anyone who wants to add electric grunt to their car.

The F-100 Eluminator features a pair of motors, one on each axle, that gives this old-school pickup a massive performance upgrade – combined the two motors make 357kW and 859Nm.
While the company is still making V8s and turbocharged petrol engines, Ford believes that electrification is a key element to its performance future.