A sign of what’s to come. The era of the hot hatch (at least as we know it) is ending and in their place will come a new wave of hotted-up compact SUVs.

The T-Roc R follows in the wheel-tracks of the likes of the Hyundai Kona N, following the same formula of taking a small SUV and giving it the same treatment as a hot hatch. In this case, the T-Roc R is – basically – a taller version of the Golf R.

It has the same turbocharged four-cylinder petrol engine, it also has an all-wheel drive system and similar chassis upgrades for improved handling. But can an ‘hot SUV’ live up to the expectations we have for ‘hot hatches’ – we spent a week with the T-Roc R to find out. 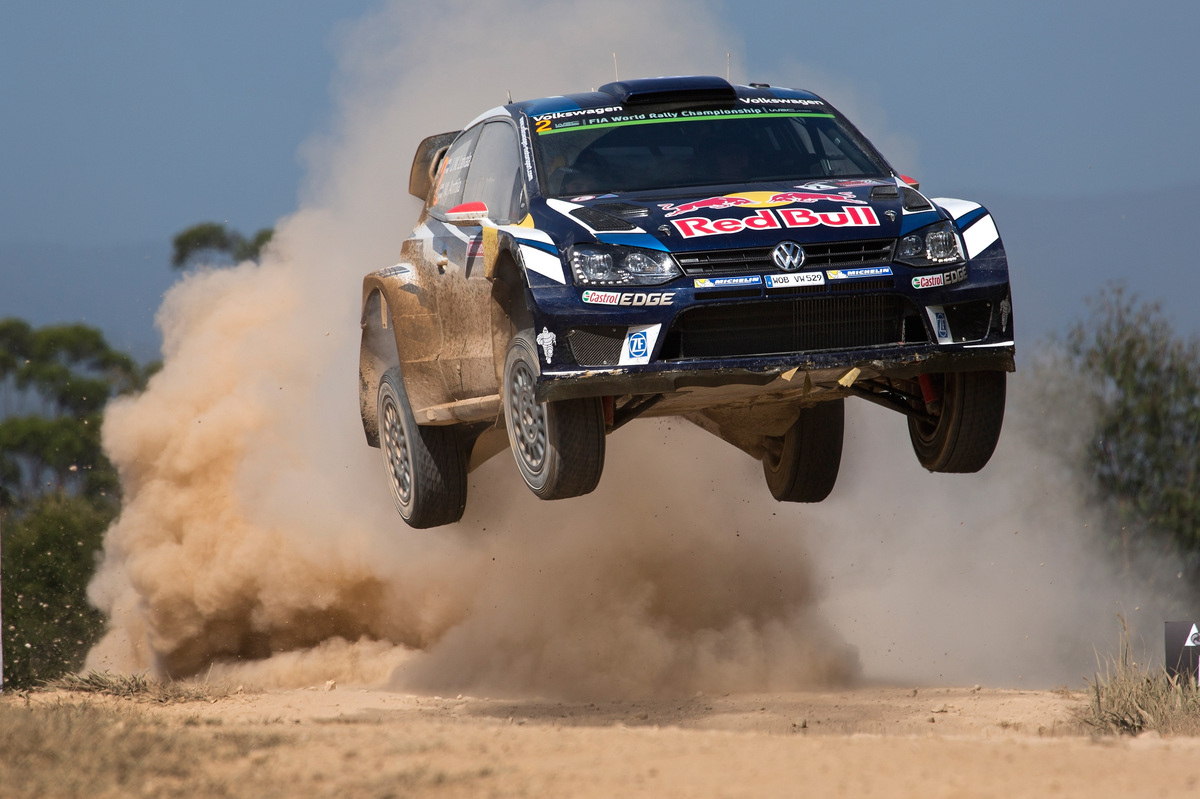 Volkswagen raced for decades but spectacularly quit all motorsport activities at the end of 2020. The official reason was its desire to focus its resources on expanding its electric vehicle portfolio, but it obviously came in the wake of the brand’s infamous diesel emissions scandal.

Before that though, the brand enjoyed a strong send-off, dominating the World Rally Championship between 2013 and ‘16 with its Polo R, winning the Dakar Rally three times between 2009 and ‘11 and offering the Golf GTI TCR racer. Not to mention its involvement with categories like Formula Three and Formula Vee for decades. It gets the same engine as the current Mk8 Golf R (officially known as the EA888) but it’s in a different state of tune, making 221kW of power and 400Nm of torque. That compares to the 235kW/420Nm the Golf makes.

While that’s a noticeable deficit, the reality is the T-Roc R is still a potent machine, especially given its compact size. With more than 200kW of punch this little SUV moves swiftly when you put your foot down.

However, there’s another major difference between the two cars. Crucially the T-Roc misses out on a major element from the latest Golf R – the torque-splitter. This new trick rear differential allows for sharper handling and the ability to drift.

It still has all-wheel drive (which is a major advantage of its only current rival, the front-wheel drive Kona N) and it helps get all the grunt to the road with a minimum of fuss, but it doesn’t feel as sharp as the Golf R with its slick new set-up. 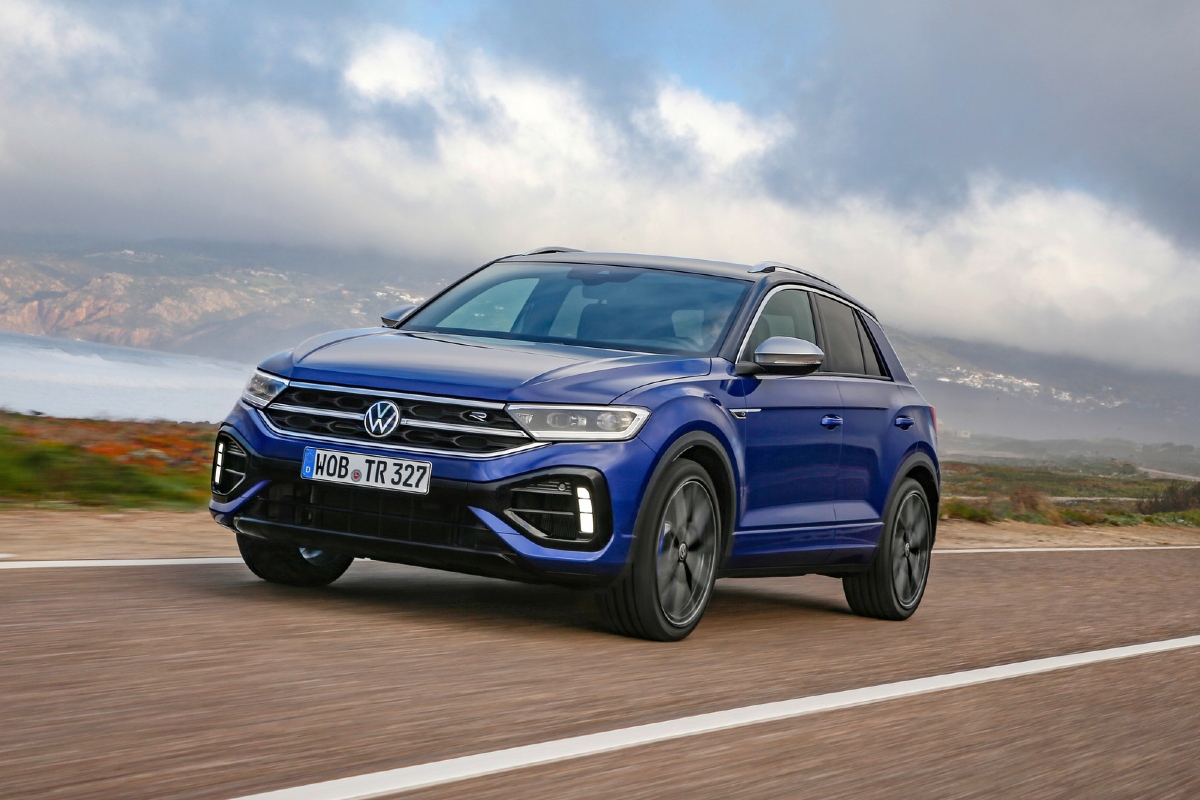 The T-Roc R feels like it has a split personality. Around town or just driven conservatively you’d be hard-pressed to notice much difference from a regular T-Roc, because it’s so mild-mannered and easy to drive.

But, hit the ‘Drive Mode’ button and select ‘Race’ and it comes alive with a more urgent and sporty character. The steering is sharper, the suspension feels taut and the powertrain responds quicker.

For all its urgency and performance potential, the T-Roc R cannot escape the fact it’s much taller than the Golf R and you can feel that when cornering. It has more roll and feels slower to react, which isn’t surprising because Volkswagen can’t fight physics but ultimately it means the T-Roc R just doesn’t feel as sharp and dynamic as its hatchback alternative.

The T-Roc R may not be the preference if you enjoy track days in your hot hatch, but it is an ideal machine for a weekend jaunt in the countryside. It will comfortably transport you through the city and down the highway but when you find some twisty roads it will spring to life so you can enjoy yourself. 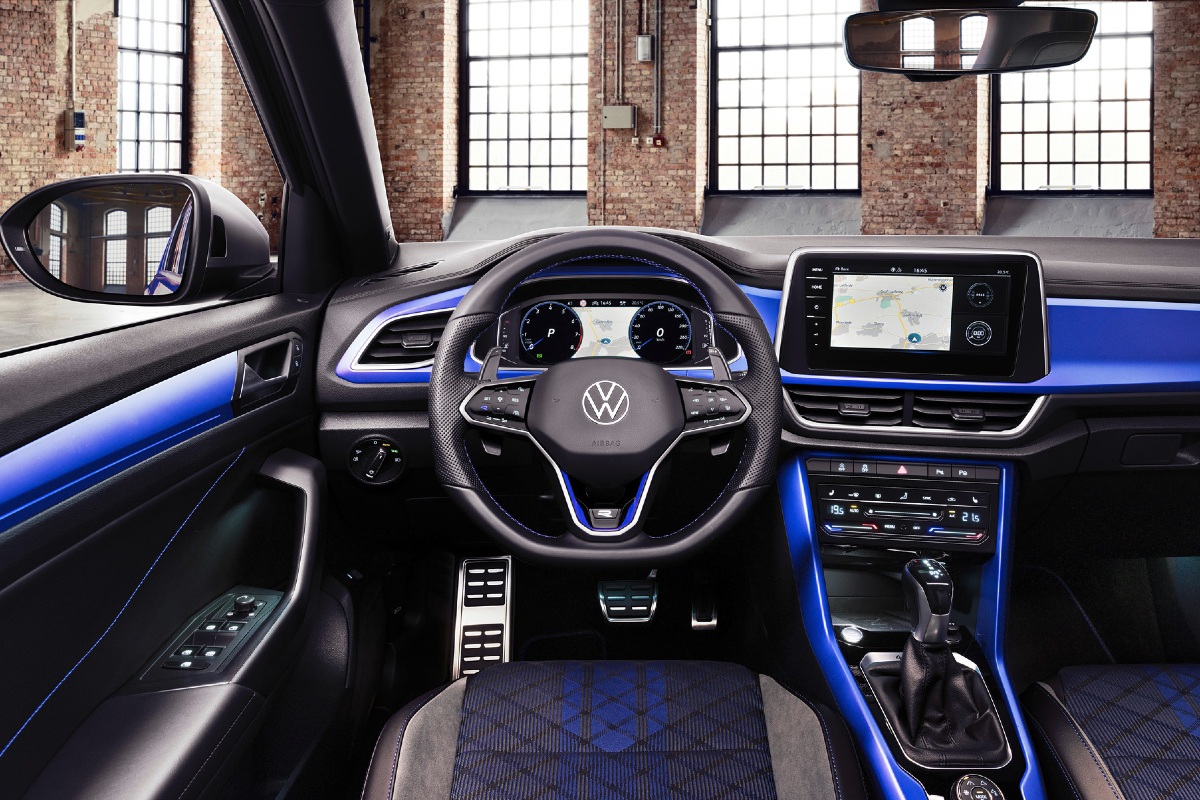 Very Volkswagen, which is to say a clean, modern and well-presented cabin with plenty of technology and some sporty touches befitting its status as an R model.

There’s a digital instrument panel and touchscreen for the infotainment system, as well as haptic buttons for the majority of the other key controls, all of which adds a very hi-tech feeling.
One major difference to the Golf R is the blue inset panel that runs along the dashboard and through the centre console, adding a real pop of colour to the interior.

Space is good for an SUV of this size, but it’s important to remember that the T-Roc is a hatchback alternative so it isn’t physically much larger than a Golf. There’s good room in the front but the back seats are best suited for kids, with limited knee room for adults.

There’s a decent 392-litre boot, so it does have the same level of practicality you’ll find with a hot hatch too.

How much does the Volkswagen T-Roc R cost?

In keeping with the modern trend for hot hatches to steadily rise in price, the T-Roc R starts at $60,300 (plus on-road costs). Crucially this is significantly less than the Golf R, which is priced from $66,990. However, it’s worth noting that Volkswagen Australia has admitted it will unlikely have any supply of Golf models for the first three months of 2023 due to a lack of reversing cameras.

However, the company isn’t panicking and one of the reasons is it’s confident the T-Roc R will be able to fill the gap in the range and satisfy at least some of those would-be Golf R buyers. 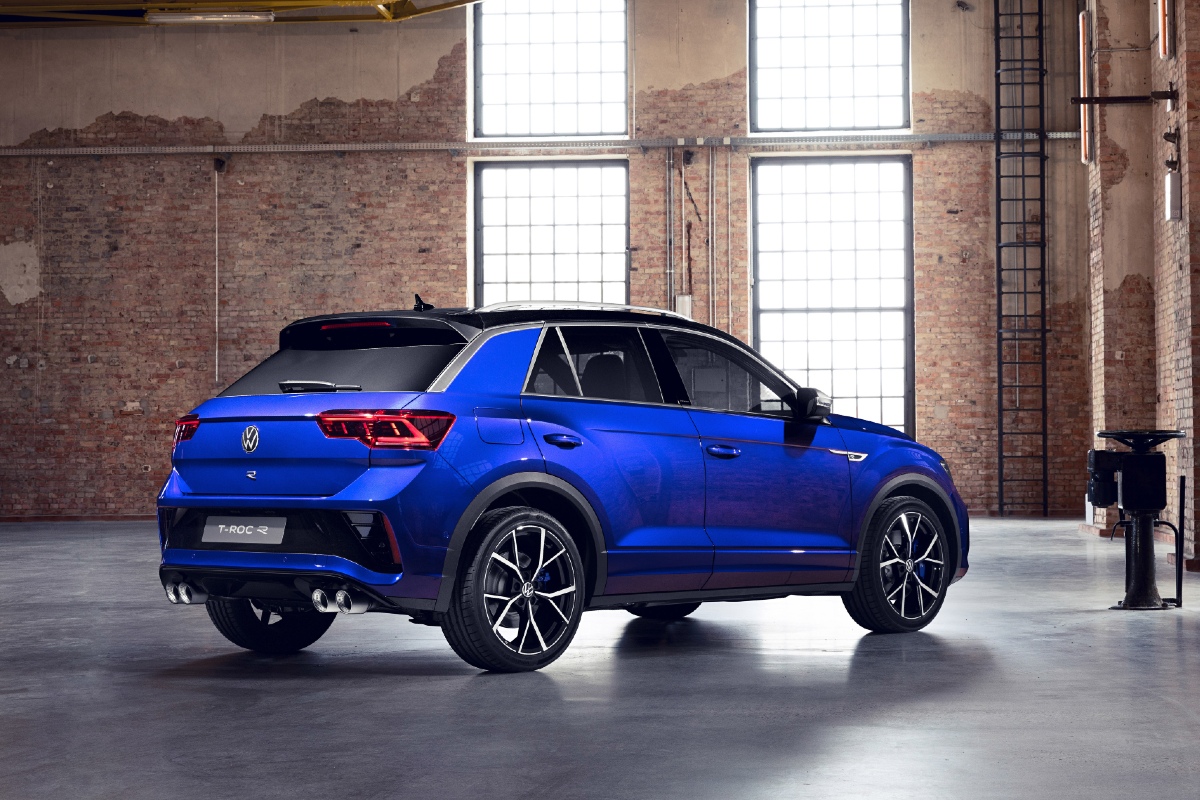 There’s a lot to like about the T-Roc R – it has plenty of power, handles well for a compact SUV and looks the part – but personally, I prefer the sharper handling of a hot hatch like the Golf R.

But, whether you or I like it or not, the replacement of hot hatches with compact SUVs is the way the market is headed…