Toyota’s latest LandCruiser with a sporty touch. This isn’t a full-blown Gazoo Racing performance vehicle like the GR Supra, GR 86 and GR Yaris, but is instead a more rugged and capable version of the popular (and large) off-roader.

The GR Sport model sits near the top of the new 300 Series line-up, just one step below the range-topping Sahara ZX to be precise. It gets a unique look and some extra off-road friendly equipment to help it find a new niche and live up to its Gazoo Racing badge.

This is an all-new LandCruiser, with new underpinnings, more technology and a new engine to ensure it remains the king of off-roaders. 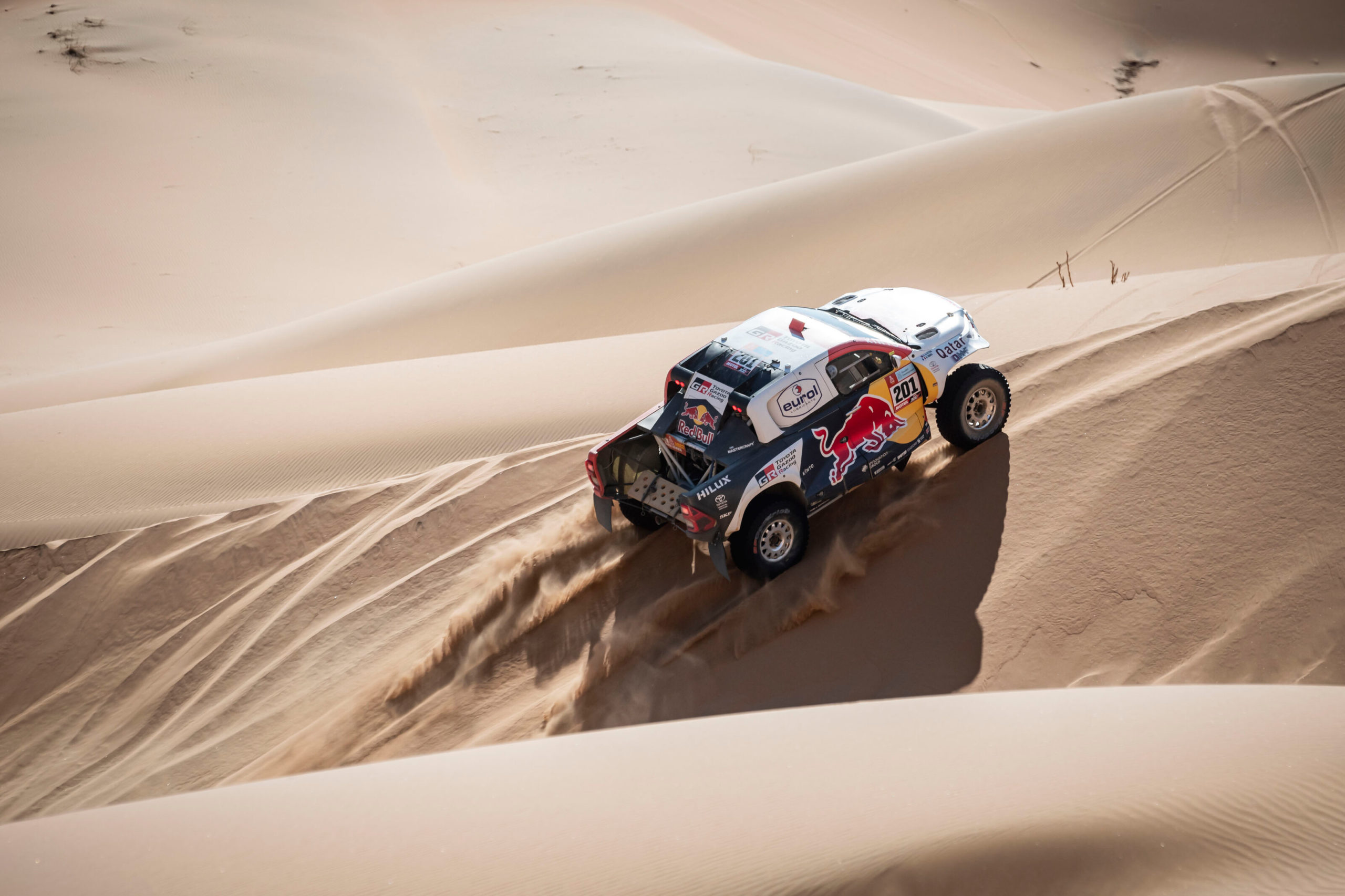 While Gazoo Racing is more famous for its on-track involvement, the brand has been heavily involved in off-road desert racing with a GR-branded HiLux, which won the 2022 edition of the Dakar Rally.

The LandCruiser is a popular choice for Dakar competitors in other classes thanks to its legendary reputation of reliability and ‘go-anywhere’ capability.

One of the biggest changes for this new generation LandCruiser is the engine, with an all-new 3.3-litre twin-turbo diesel V6 replacing the old model’s V8. It makes a healthy 227kW of power and 700Nm of torque, which is a 27kW/50Nm boost over the V8 despite its smaller size.

In the LC300 it’s paired with a new 10-speed automatic transmission. This helps get the best from the engine’s performance and reduce fuel economy; which is down to 8.9-litres per 100km.
Thanks to it’s 110-litre fuel tank the LandCruiser has a driving range of more than 1000km, perfect for long adventures in the wilderness.

This is the first use of the engine but it’s likely to spread across other models, including the next-generation HiLux which is due to arrive in 2023. That’s good news because it’s a nice engine, with plenty of pulling power even in an SUV the size of the LandCruiser. Another new element for the LC300 is an all-new chassis, the first ladder-frame ‘TNGA’ platform for the Japanese giant. TNGA stands for Toyota New Global Architecture, it’s the brand’s catch-all term for its latest generation of vehicle underpinnings that have been designed to improve handling, reduce weight and enhance comfort.

There are TNGA platforms underneath a range of new Toyota and Lexus models including the Corolla, Prius, RAV4 and more. This new ladder-frame version is officially known as ‘TNGA-F’ and is expected to also underpin the next HiLux and Fortuner, as well as the US-specific Tacoma, Tundra and 4Runner.

Naturally the LandCruiser is equipped with a four-wheel drive system and it comes with a new transfer case that is both faster shifting but also sits higher underneath the car, reducing the risk of damage when climbing over rocks.

The GR Sport may not get any Gazoo Racing ‘go-fast’ bits but it does get what Toyota claims is a “world-first” electronic Kinetic Dynamic Suspension system with stabiliser bar control, as well as front and rear locking differentials (a locking centre diff is standard on every model in the LC300 range) to improve its off-road abilities.

While it’s a very capable off-roader, the GR Sport is also easier to live with on sealer roads too, thanks to the changes. It hardly feels like a hot hatch but even when pushed down a twisty country road it responds with more poise that you typically find in such a huge vehicle.

The LandCruiser may be a Japanese car but it’s at home in the Australian outback. It’s the ideal vehicle for the ‘big Aussie road trip’ thanks to its capability, size and driving range.

There’s a reason why the LandCruiser is the most common vehicle you see once you leave Australia’s big cities. The first thing that hits you is the space – there’s loads of room in each of the three rows. The combination of space and the height of the cabin leaves you feeling like you’re looking down on every other car on the road from your throne behind the wheel.

Befitting its place at the top of the model line-up the GR Sport is very well-equipped. There’s leather seats, ample storage and a steering wheel with ‘GR’ branding too.

If I was looking for an SUV to take on regular outback adventures or the great Australian road trip then the LandCruiser 300 Series would be at the top of my list. Especially the GR Sport which offers excellent off-road credentials, well-behaved on-road manners for its size and a unique look. 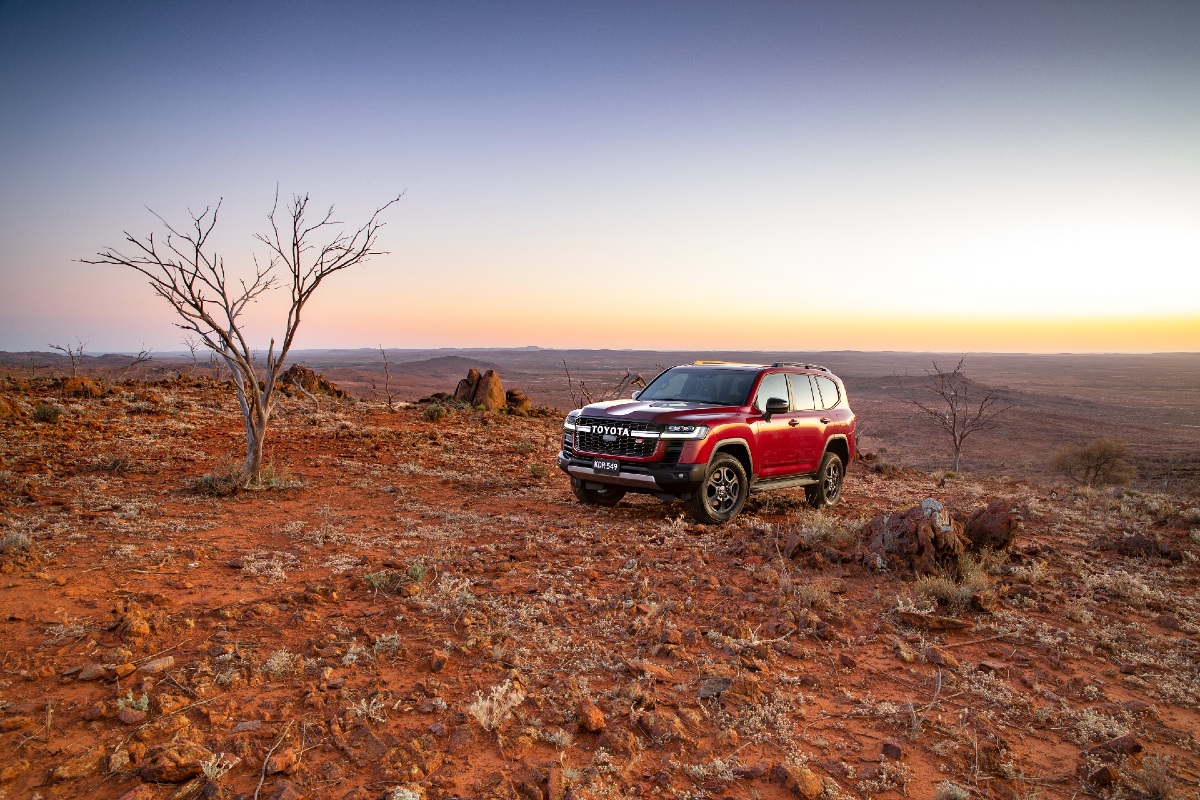