It’s the most WRX of all the WRX. Subaru has spent the last decade trying to create more distance between the idea of the ‘Impreza WRX’ and the ‘WRX’ as a standalone performance model.

With this latest generation it may have achieved that, even if it’s still built on the same platform and has some shared componentry. The company did tease some very slick-looking coupe concepts over the years and the body remains very similar to the Impreza sedan, but overall this does feel like the most independent performance car yet.

We’ve tested the WRX equipped with the continuously variable transmission (CVT) earlier this year and was somewhat underwhelmed by its performance and character. This time around we’ve got the six-speed manual version to see what difference it makes to this new WRX. 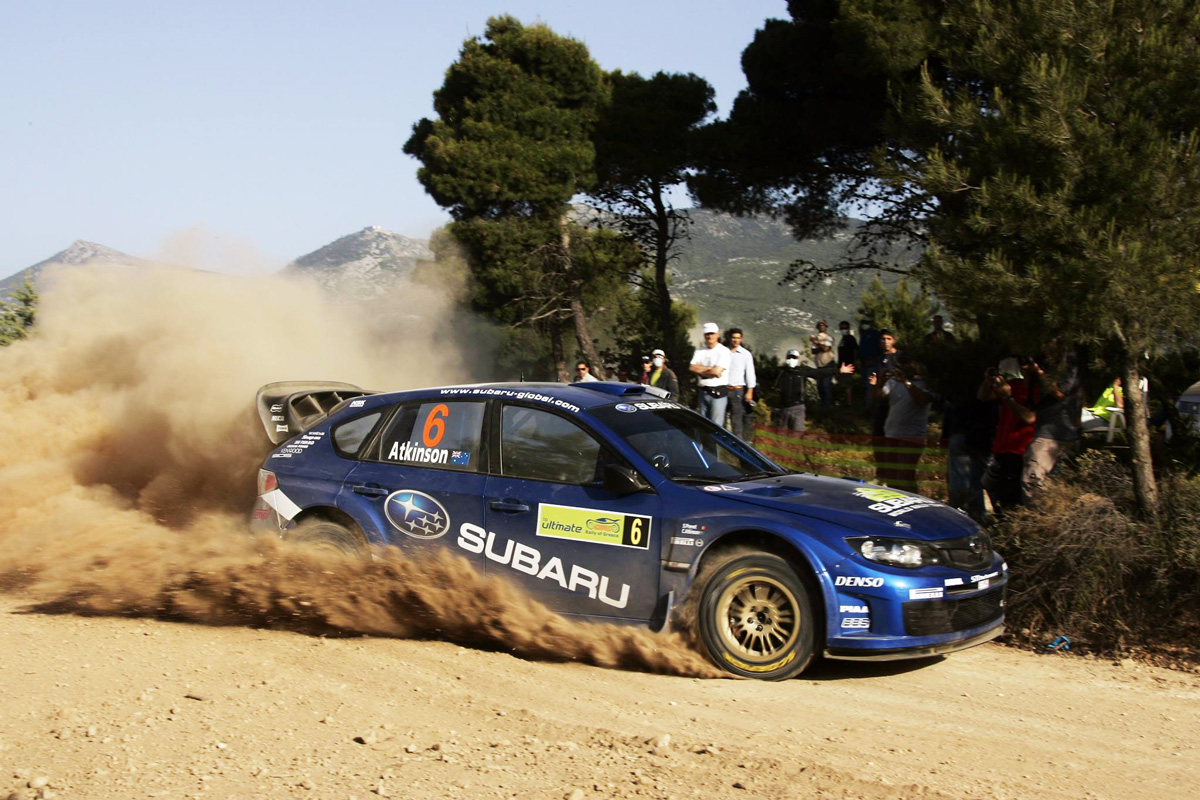 The WRX comes from Subaru’s rallying past – the name stands for ‘World Rally eXperimental’ – and there’s a clear family lineage from the first Group A Impreza WRX to this latest model.
Subaru became synonymous with some of the sport’s greatest drivers, including Colin McRae, Richard Burns and Petter Solberg, and for a generation of buyers getting your hands on a WRX made you feel like one of those stars.

But sadly Subaru hasn’t been involved in the World Rally Championship since 2008 and has even scaled back its involvement in the local rally scene, so it’s getting harder and harder to push the connection between rallying and the new WRX in a meaningful way. The bad news is, despite the increased capacity, performance hasn’t been significantly improved. This new engine makes 202kW of power and 350Nm of torque, which isn’t much better than the 2.0-litre which makes 197kW/350Nm.

Despite the mixed news on the engine itself, the best part about this version we’re testing is the transmission. Gone is the CVT that made the WRX we tested earlier this year feel dull, with its droning way of working the engine. In its place is a six-speed manual transmission, which may not suit those who don’t like changing gear themselves, but for WRX enthusiasts it’s ideal.

Whereas the CVT sucked the fun from the driving experience, the manual injects fun into it. You feel connected and engaged with the car and it makes the engine feel much more lively and playful.

This is what a WRX should feel like. The new engine may not be much more powerful, but 202kW/350Nm is actually more-than-adequate for a modern hot hatch-type vehicle, so it feels quick across the ground. The new WRX is built on the latest iteration of the Subaru Global Platform, which is the brand’s modular underpinnings for most of its models. Despite being shared, the WRX does have a character of its own, with a noticeably dynamic and sporty driving nature.

The manual model we tested was the WRX RS specification, which misses out on the adaptive dampers from the tS we drove with the CVT. This means the suspension isn’t quite as clever and Subaru has been forced to pick and stick with a single tune.

Fortunately it’s a good set-up, with responsive handling that makes it feel sharp and direct when cornering. The only bugbear is steering is a bit numb at times and could do with some tweaks to make the driver feel more engaged and in control. I wrote when I reviewed the WRX CVT that a ‘rally stage’ would be a clichéd answer… but I don’t care, I want to drive this manual version of a rally stage. Subaru may be moving away from its WRC past, but there’s still something fundamentally right about a WRX on dirt.

With the new engine, manual gearbox, Subaru’s trademark all-wheel drive system and the new underpinnings, this latest WRX does feel like it would handle itself admirably on a special stage. But equally, it impressed us when you pushed it down some winding country tarmac roads. 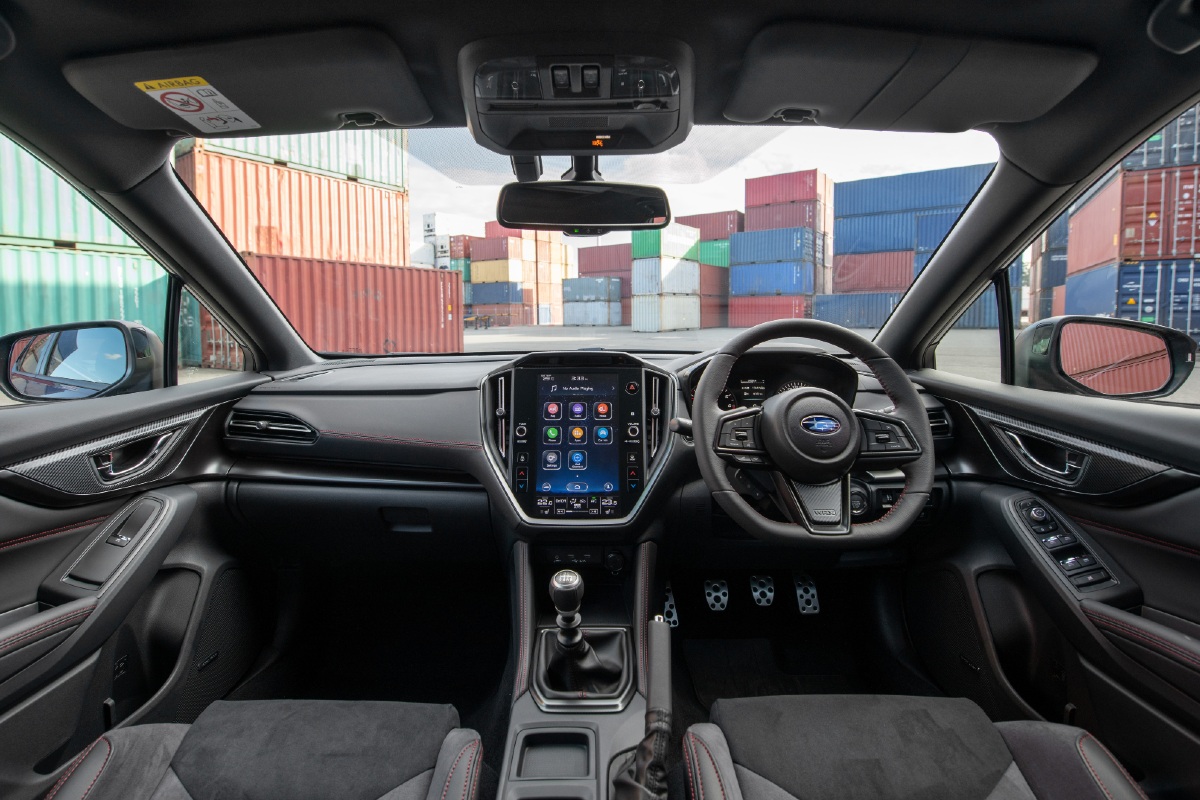 One of the things that really stood out when we drove the CVT is the improvements to the refinement of the cabin. Subaru has spent more than a decade trying to make the WRX more sophisticated and less ‘boy racer’ and have finally found a nice balance.

In fact, if anything Subaru has leaned a little too far towards comfort over the inherent sportiness of the WRX. Notably absent is a ‘sport mode’ button, like you find in some many modern performance cars, which allow you to dial up the more dynamic settings with the press of your finger.

Instead, Subaru has opted for buttons to control the extensive list of safety systems and a large 11.6-inch tablet-style infotainment touchscreen to be the focal points of the interior design. But that does make for a quieter, safer and more relaxed driving experience – if that’s what you’re chasing.

How much does the Subaru WRX cost? Subaru has expanded the WRX range significantly, so much so there are now eight variants to choose from across two bodystyles – sedan and Sportswagon.

The WRX range begins at $44,990 (all prices exclude on-road costs) for the entry-level manual model, and stretches up to $56,990 range-topping sedan the WRX tS Sport and $57,990 for the WRX tS Sport Sportswagon.

The WRX RS sedan we tested sits in the middle of the range, priced from $50,490. Which certainly isn’t what can be considered cheap for a small sedan, but given the recent upwards trend for hot hatch pricing it remains competitive.

Yes. Unfortunately the CVT spoils the driving experience of the WRX but the manual gearbox transforms the car back into its former driving glory, while the other generational changes have made it an overall nicer package.